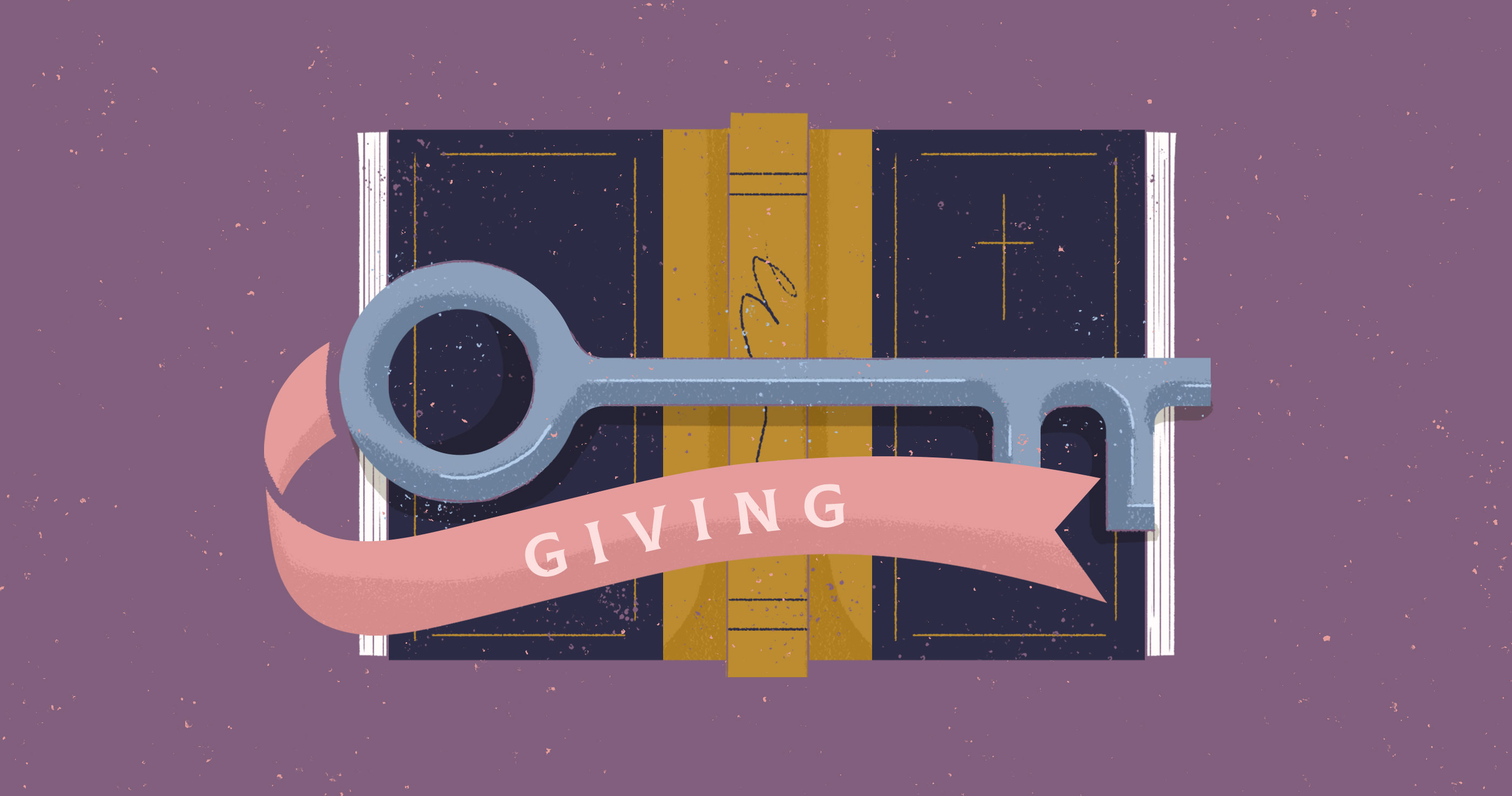 Each one must give as he has decided in his heart, not reluctantly or under compulsion, for God loves a cheerful giver. Read More

God loves (in the sense of “approves of”) a cheerful giver, an allusion to Prov. 22:9 in the Septuagint (cf. Deut. 15:10; Rom. 12:8). God loves such joy-motivated giving to others because it expresses contentment in God’s gracious giving to the believer (see 2 Cor. 9:14) that makes every good work possible and results in thanksgiving and glory to God (see 2 Cor. 9:11–13).

“Thus, when you give to the needy, sound no trumpet before you, as the hypocrites do in the synagogues and in the streets, that they may be praised by others. Truly, I say to you, they have received their reward. But when you give to the needy, do not let your left hand know what your right hand is doing, so that your giving may be in secret. And your Father who sees in secret will reward you. Read More

Hypocrites originally referred to Greek actors who wore different masks to play various roles. Jesus criticizes the religious leaders, most notably the Pharisees, for a particular form of hypocrisy: doing right things for the wrong reasons. To give to the needy was one of the pillars of piety, but the religious leaders gave to the needy in order to be praised by others. The tragic irony was that they had received their reward of public and professional acclaim, but that was all the reward they would ever receive, and such fleeting human adulation precludes satisfaction of the deep longing of people’s hearts to stand approved by their Father who sees in secret.

For there will never cease to be poor in the land. Therefore I command you, ‘You shall open wide your hand to your brother, to the needy and to the poor, in your land.’ Read More

The ideal in v. 4 is in effect a command to be generous: Let there be no poor among you. Since the land will be sufficiently blessed by God (v. 6), provided the economic laws are upheld (v. 5), there should be no one who is poor. Verse 11 perhaps expresses the reality that Israel will fail to fulfill the law and thus there will always be poor and the need for generosity. you shall lend to many nations, but you shall not borrow. Israel will be rich in blessing, if there is obedience (v. 5).

If a brother or sister is poorly clothed and lacking in daily food, and one of you says to them, “Go in peace, be warmed and filled,” without giving them the things needed for the body, what good is that? So also faith by itself, if it does not have works, is dead. Read More

An illustration of what faith without works looks like in everyday life. In itself the phrase Go in peace, be warmed and filled is a pious wish and prayer for the welfare of the poor, but in reality it is a cop-out, masking a refusal to help the person in need. There is no good (Gk. ophelos, “profit, honor”) in such a prayer.

Honor the LORD with your wealth and with the firstfruits of all your produce; then your barns will be filled with plenty, and your vats will be bursting with wine. Read More

Honor the LORD. This requires giving proper weight to your wealth by using it only for righteous, just, and equitable purposes (“in all your ways acknowledge him,” v. 6), which begins with offering the firstfruits of everything to the Lord (see Deut. 18:1–5). To give the firstfruits is to imply that the whole belongs to God, indeed the whole worshiper. The prosperity described in Prov. 3:10 is the blessing of the covenant (Deut. 28:1–14), a kind of restored Eden. Your barns will be filled with plenty is a generalization concerning the effect of honoring the Lord with all that one has and is. It is not, however, more than a generalization (as Job’s comforters held), for to view this as a mechanical formula dishonors God and his inscrutable sovereign purposes.

Give to everyone who begs from you, and from one who takes away your goods do not demand them back. Read More

Give to everyone who begs from you. Jesus again stresses that believers must be “generous to a fault,” even when someone takes away your goods (cf. note on Matt. 5:42). The standards by which Jesus’ disciples are to live are higher than the standards of the world.

Bring the full tithe into the storehouse, that there may be food in my house. And thereby put me to the test, says the LORD of hosts, if I will not open the windows of heaven for you and pour down for you a blessing until there is no more need. Read More

As an evidence of wholehearted repentance (v. 7), God promises that if his people become faithful in presenting their full tithe (the Hb. word means “a tenth”), then the desperately needed rain will come (v. 10), pestilence and crop failure will cease (v. 11), and the Abrahamic promise that all nations will call you blessed (v. 12; Ps. 72:17) will be fulfilled. The tithes were given to support the priests and Levites (see Neh. 10:38; 12:44), whose ministry was essential if Israel was to be faithful to its calling. By saying, “put me to the test,” God is challenging the people to give the tithe that they owed him and then watch to see if he would be faithful to his promise. God promises to meet all their needs, but not necessarily all their “greeds,” and to pour down for you a blessing until there is no more need.

If I give away all I have, and if I deliver up my body to be burned, but have not love, I gain nothing. Read More

One gives freely, yet grows all the richer; another withholds what he should give, and only suffers want. Read More

Because there is a God who blesses generosity and withholds blessing from the greedy, this paradoxical proverb makes perfect sense (cf. note on Prov. 3:9–10).

And a poor widow came and put in two small copper coins, which make a penny. And he called his disciples to him and said to them, “Truly, I say to you, this poor widow has put in more than all those who are contributing to the offering box. For they all contributed out of their abundance, but she out of her poverty has put in everything she had, all she had to live on.” Read More

Small copper coins (Gk. lepta [plural]; a lepton was a Jewish coin worth about 1/128th of a denarius, which was a day’s wage for a laborer) are valued at a fraction of a cent. The poor widow gave more than all the rich people, according to God’s evaluation, for she gave everything she had, while the rich gave from their surplus. 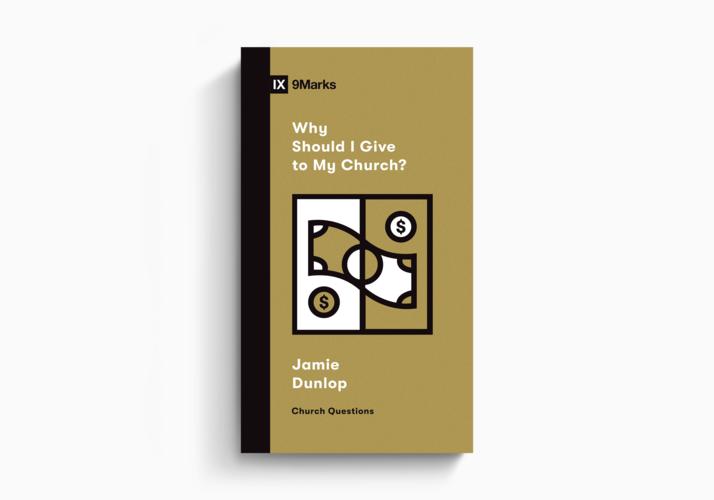 Why Should I Give to My Church?
Jamie Dunlop