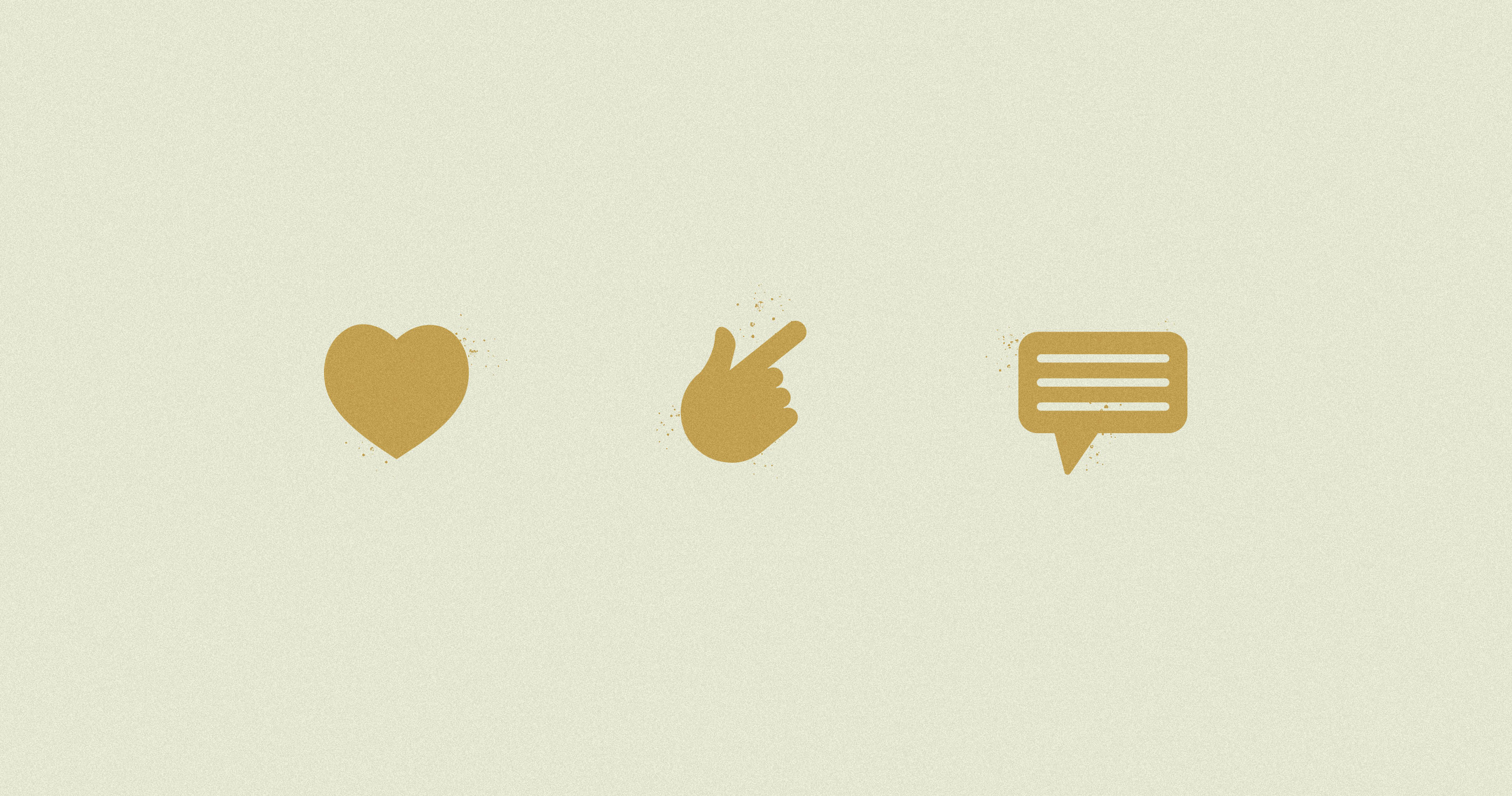 Fathers, do not provoke your children to anger, but bring them up in the discipline and instruction of the Lord.
—Ephesians 6:4

The words “bring them up” mean “to nourish or feed,” as in 5:29 which has the same Greek words describing how a man “feeds and cares” for his own body. Calvin translates “bring them up” as “let them be kindly cherished,” and goes on to emphasize that the overall idea is to speak to one’s children with gentleness and friendliness.1

When I was a teenager, my best friend’s father was a man’s man. He had spent thirty-two years in the Coast Guard as a noncommissioned officer, a chief bosun’s mate. He was a big man, and in his prime he had put on the gloves with Joe Louis. Officers greeted him first when he walked down the street. He could be rough and tumble. But do you know what he called his 265-pound son? “David dear.” I was “Kent dear,” and I did not mind at all. In fact, it made me feel great. He was not hung up on “Real men do not show affection.” In fact, he still kisses his grown son—a man’s man himself.

We are to be tender. Men are never manlier than when they are tender with their children—whether holding a baby in their arms, loving their grade- schooler, or hugging their teenager or adult children.

Men are never manlier than when they are tender with their children.

Here, a statement from the wise Christian philosopher Elton Trueblood is to the point, extending the principle further. A child, he says,

. . . needs also to know that his father and his mother are lovers, quite and apart from their relationship to him. It is the father’s responsibility to make the child know that he is deeply in love with the child’s mother. There is no good reason why all evidence of affection should be hidden or carried on in secret. A child who grows up with the realization that his parents are lovers has a wonderful basis of stability.2

Tenderness—verbal and physical—comes naturally to a father living under God’s Word. Men, how do we measure up?

Next, there is “training.” This is a strong word which means “discipline, even by punishment.” Pilate used the same word when he said of Jesus, “I will punish him and then release him” (Luke 23:16). Discipline certainly includes corporal discipline as needed. But it encompasses everything necessary to help “Train a child in the way he should go” (Proverbs 22:6).

The tragedy is that so many men have left this to their children’s mothers. Not only is this unfair to the mother, but it robs the child of the security and self-esteem which come from being disciplined by the father.3 Men, do you leave the discipline of your sons and daughters to your wives? If so, that is a sad breach of domestic responsibility. You are not living under God’s Word!

Last, there is “instruction”—verbal instruction, verbal warning. The word “instruction” literally means “to place before the mind.” Often this means to confront and thus is related to the previous topic, discipline. This is precisely where the high priest Eli was such an abysmal domestic failure in raising his sons. First Samuel 3:11-13 tells us:

And the Lord said to Samuel: “See, I am about to do something in Israel that will make the ears of everyone who hears of it tingle. At that time I will carry out against Eli everything I spoke against his family—from beginning to end. For I told him that I would judge his family forever because of the sin he knew about; his sons made themselves contemptible, and he failed to restrain them.”

The Greek word for “restrain” in the Septuagint has the same root as “instruction” in Ephesians 6:4. Eli failed to confront his boys. He failed to instruct them about their sin. And because of this, they were destroyed.

Clear, forthright instruction is necessary for a proper upbringing. Men, if we are to own up to our responsibilities, we must be:

The “do’s” of fathering—tenderness, discipline, and instruction—together demand one great thing, as a certain busy doctor came to realize. He would appear at meals, pay allowances, and give advice, often without really listening to the problems of his family before he spoke. One afternoon, as he was preparing an article for a respected journal of medicine, his little son crept into the forbidden sanctuary of his father’s study. “Daddy,” he appealed. Without speaking, the doctor opened his desk drawer and handed the boy a box of candy.

A few moments later the boy again said, “Daddy,” and his father absent-mindedly handed him a pencil. “Daddy,” the boy persisted. The doctor responded to this with a grunt, indicating he knew the boy was there but did not want to be bothered. “Daddy!” the boy called out again.

Angered, the busy doctor swung around in his chair and said, “What on earth is so important that you insist on interrupting me? Can’t you see I’m busy? I have given you candy and a pencil. Now what do you want?”

The “do’s” of fatherhood cannot be lived out by proxy. You need to participate in putting your little ones to bed and praying for and with them. You need to be at their plays, speeches, recitals, and sporting events. You need to schedule regular time alone with each of your children. You need to take the lead in planning terrific family vacations and in celebrating and cementing family solidarity.

Now in mid-life I sometimes wistfully think, “Where did the time go between the two indelible memories of the birth of my daughter and the birth of her son?” To be honest, some of the years were long and hard. I thought we would never get through many of the stresses. But when these great events are recalled in all their color, there seems to be no time between them. That is why, whenever I have occasion to hold a baby in my arms, I often encourage the parents to savor every moment and not to rush through the experience—the child will be grown up and gone in no time. The realization that we have only a brief time to raise our children should give us huge motivation to make the most of it and should make Scriptural advice about fathering pulse with importance for us.

Men, time is the chrysalis of eternity—there is no other time but the present. I realize we all go through periods in our lives when we have little time for our families—it is part of the natural rhythm of life. But excessive “busyness” must not be by choice—as it so often is! We must beware of packing our schedules by saying “yes” to things which mean “no” to our families.

Now is the time to take time. There is no other! Will you do it? Will I?

Notes
1. Calvin’s Commentaries: The Epistles of Paul the Apostle to the Galatians, Ephesians, Philippians and Colossians, trans. T. H. L. Parker (Grand Rapids, MI: Eerdmans, 1974), p. 213.
2. Elton Trueblood and Pauline Trueblood, The Recovery of Family Life (NewYork: Harper & Brothers, 1953), p. 94.
3. James Dobson, Hide or Seek (Old Tappan, NJ: Revell, 1974), pp. 82, 83, who quotes Dr. Stanley Coopersmith, associate professor of psychology at the University of California, who surveyed 1,738 normal middle-class boys and their families, beginning in the preadolescent period and following them through to young manhood. After determining the boys with the best self-esteem, he then compared their homes and childhood influences with those boys having a lower sense of self-esteem. He found three important characteristics which distinguished them. The second was as follows: “2. The high-esteem group came from homes where parents had been significantly more strict in their approach to discipline. By contrast, the parents of the low-esteem group had created insecurity and dependence by their permissiveness. Furthermore, the most successful and independent young men during the latter period of the study were found to have come from homes that demanded the strictest accountability and responsibility. And as could have been predicted, the family ties remained the strongest . . . in the homes where discipline and self-control had been a way of life.”
4. Dorothy Walsorth, “General of the Army: Evangeline Booth,” Reader’s Digest, August 1947, p. 37.

5 “Do Nots” of Fatherhood 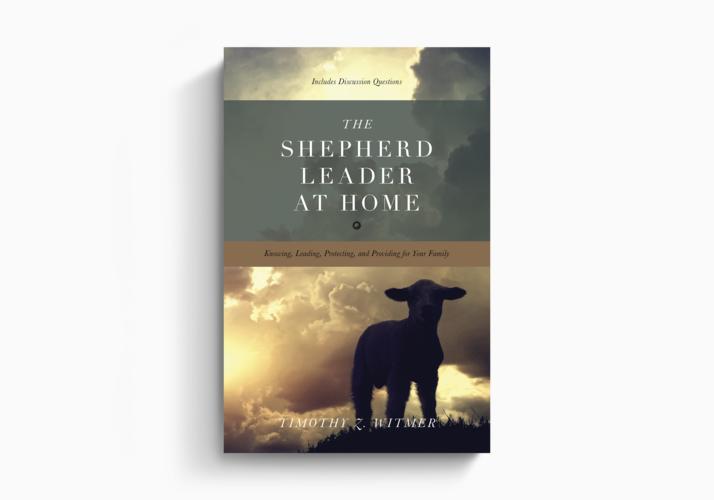