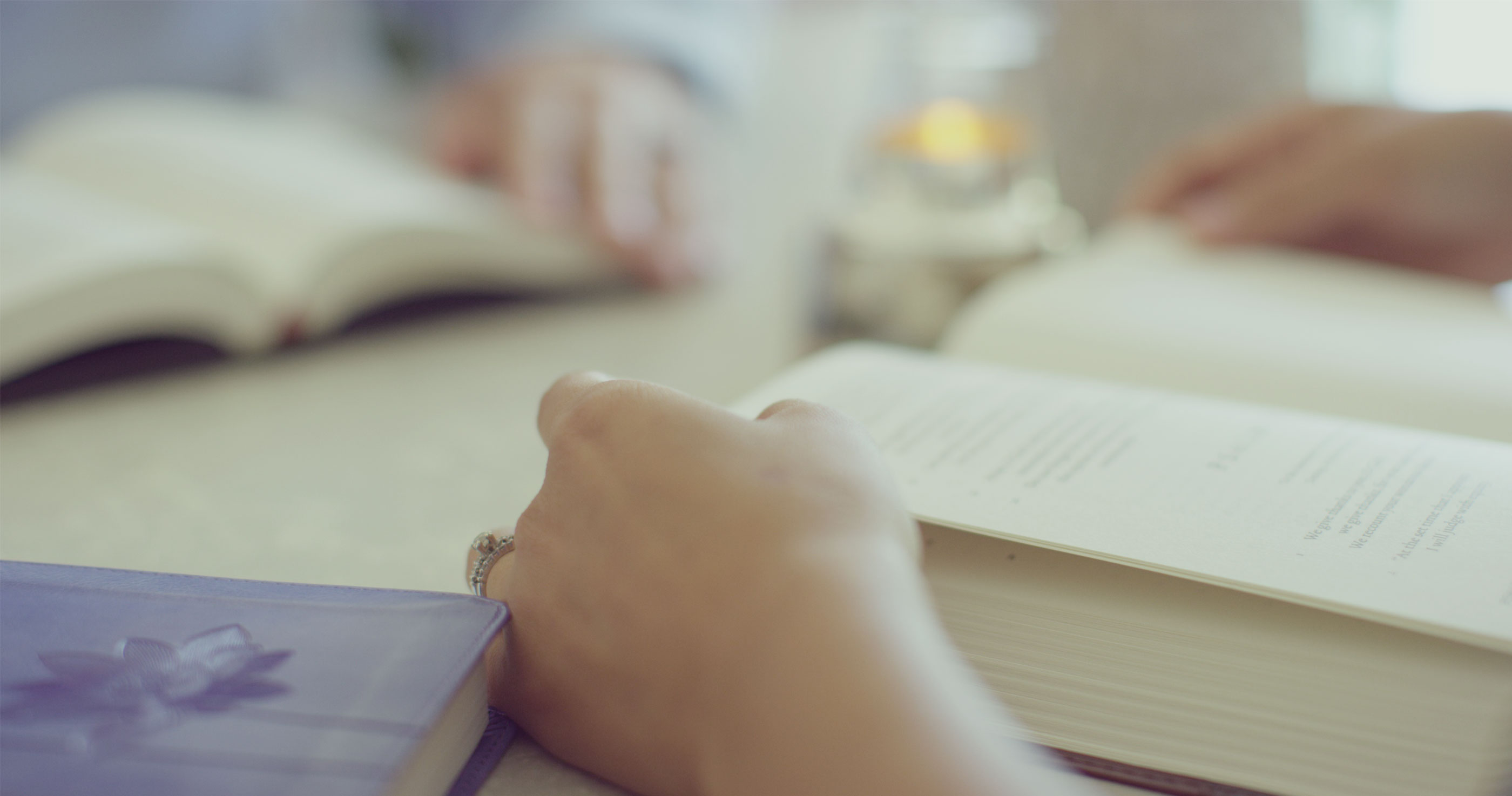 Modern medicine can be used to overcome many diseases and disabilities today. We should view this as a good thing, and as something for which we can give thanks to God.

God put resources in the earth for us to discover and develop, including resources that are useful for medicinal purposes, and he gave us the wisdom and the desire to do this. The warrant for this is found in God’s command to Adam and Eve to “subdue” the earth (Gen. 1:28), and it is reinforced by the fact that all of the medicines we have today are made from resources found in the earth, and “the earth is the Lord’s and the fullness thereof, the world and those who dwell therein” (Ps. 24:1).

Jesus’s ministry of healing also indicated that God is pleased when we try to help people overcome diseases and disabilities:

Now when the sun was setting, all those who had any who were sick with various diseases brought them to him, and he laid his hands on every one of them and healed them. (Luke 4:40) 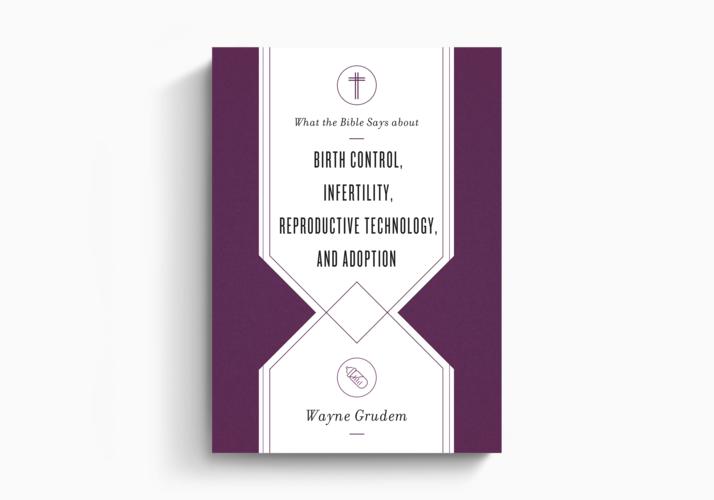 What the Bible Says about Birth Control, Infertility, Reproductive Technology, and Adoption

This was a common pattern in Jesus’s earthly ministry, and the inclusive nature of the expression “all those who had any who were sick with various diseases” allows us to suppose that Jesus also healed the infertility of many women (and men) who had previously been unable to conceive and bear children.

Therefore, it seems morally right to support and welcome advances in medicine that today can bring health to people with various diseases and disabilities, including infertility.

2. We should treat the unborn child as a human person from the moment of conception.

Various passages in Scripture lead us to consider the unborn child as a human person from the moment of conception.

In thinking back on the beginning of his existence as a sinner, David mentioned his sinfulness even at the moment of his conception: “I was brought forth in iniquity, and in sin did my mother conceive me” (Ps. 51:5). In addition, David said to God, “You knitted me together in my mother’s womb” (139:13). In the old covenant, if an unborn child died, even because of an accidental injury, the one who caused the unborn child to die was subject to capital punishment (see Ex. 21:22–25: “You shall pay life for life”). Jacob and Esau were viewed as two unique children who would become two nations struggling within Rebekah’s womb (Gen. 25:22–23). And Elizabeth, in the sixth month of her pregnancy, said, “The baby in my womb leaped for joy”—surely a human action (Luke 1:44).

These passages are relevant for the question of reproductive technologies because they mean that we should not condone any such technology that will certainly lead to the death of even one unborn child who was conceived when the man’s sperm fertilized the woman’s egg, the cells began to divide, and the human embryo began to grow into a little baby.

3. God intends that a child should be conceived by and born to a man and woman who are married to each other.

I affirm this third principle with somewhat more hesitation than the first two because this principle is not derived from any direct command of Scripture, but rather from a pattern of biblical narratives and probable implications from biblical moral commands about some related topics.

Many contemporary ethical questions related to reproductive technology have to do with the medical possibility of a woman becoming pregnant and bearing a child even when the child’s biological father is not that woman’s husband. But the entire scope of the biblical narratives and biblical moral standards views this situation as contrary to God’s intended plan for the birth of a child.1

At the beginning of creation God said to Adam and Eve (who were husband and wife), “Be fruitful and multiply and fill the earth” (Gen. 1:28). This verse by itself does not say that no other means of producing children would be pleasing to God, but it is the foundational pattern for marriage in the entire Bible, and it is the first instance of the command to be fruitful. (Scripture calls Adam and Eve “the man and his wife” in Gen. 2:25, and uses the relationship between Adam and Eve as the pattern for marriage generally in v. 24.)

Modern medicine can be used to overcome many diseases and disabilities today. We should view this as a good thing, and as something for which we can give thanks to God.

Another piece of evidence supporting this conclusion is found in the detailed laws in Exodus:

If a man seduces a virgin who is not betrothed and lies with her, he shall give the bride-price for her and make her his wife. (Ex. 22:16; the rare exception is seen in v. 17, but the general principle is that marriage should occur; see also Deut. 22:28–29)

Here again, the specific provision of the law guaranteed that if a man and a woman had sexual intercourse, they would have to get married, once again guaranteeing that a child would be born in the context of a man and a woman who are married to each other.

Jesus’s teachings against divorce gave further protection that guaranteed that children would be born within marriage. The general principle is, “What therefore God has joined together, let not man separate” (Matt. 19:6). The only exceptions (where divorce is allowed) are cases in which the marriage has been so seriously defiled by adultery or by long-term desertion that the spouses cannot be reconciled, but those are intended to be rare situations, and in such cases the conception of further children would not ordinarily occur in any case.

The prohibitions against “sexual immorality” (in older translations “fornication,” Greek, porneia) also seek to ensure that sexual intercourse occurs only within the context of marriage. This would guarantee that children would be conceived only within the context of marriage (see 1 Cor. 6:18; 2 Cor. 12:21; Gal. 5:19; Eph. 5:3; Col. 3:5; 1 Thess. 4:3).

Finally, there is no indication anywhere in Scripture that God ever considered it morally right for a child to be conceived by a man and a woman who were not married to each other.

This broad pattern of scriptural teaching, then, leads me to conclude that a child should be conceived by and born to a man and a woman who are married to each other, and in no other situation or relationship.

This article is adapted from What the Bibles Says about Birth Control, Infertility, Reproductive Technology, and Adoption by Wayne Grudem.

10 Things You Should Know about Infertility

Infertility is a more common experience than some realize affecting 7–10% of couples.

An Open Letter to the Church on the Issue of Infertility

Recognizing that many couples in your church community are infertile will invariably change the way you think about your community.

A Story of Grace in the Face of Infertility

Read the personal story of a couple who experienced infertility for a period long enough to know the pressures, anxieties, absences, and losses that so commonly define the experience.

Podcast: Why Every Christian Should Care about Adoption (Russell Moore)

Russell Moore shares his own family’s adoption journey, explaining why adoption is important for all Christians—even those who never actually adopt. 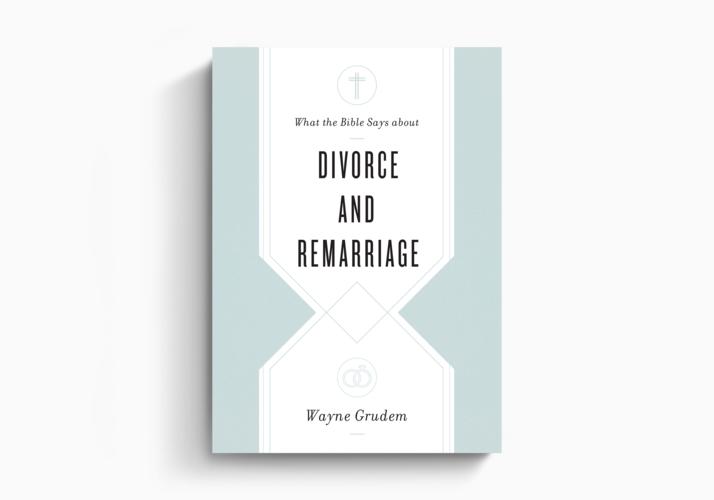 What the Bible Says about Divorce and Remarriage
Wayne Grudem

Christian Ethics
Wayne Grudem
Crossway is a not-for-profit Christian ministry that exists solely for the purpose of proclaiming the gospel through publishing gospel-centered, Bible-centered content. Learn more or donate today at crossway.org/about.