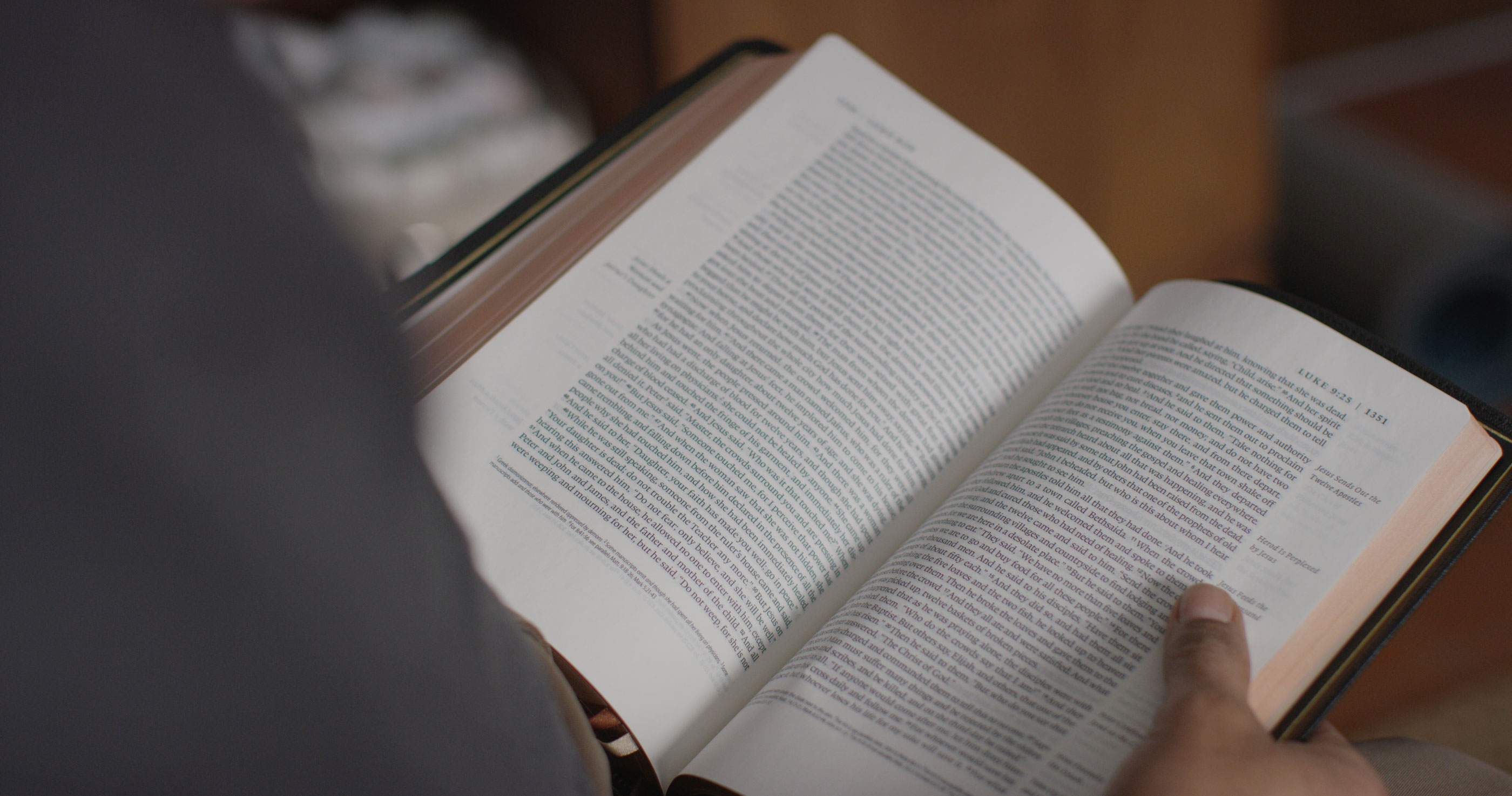 The Gospel in Romans 1–4

One of the best places to start looking for a basic explanation of the gospel is Paul’s letter to the Romans. Perhaps more clearly than any other book of the Bible, Romans contains a deliberate, step-by-step expression of what Paul understood to be the good news.

Actually, the book of Romans is not so much a book at all, at least as we usually think of books. It’s a letter, a way for Paul to introduce himself and his message to a group of Christians he had never met. That’s why it has such a systematic, step-by-step feel. Paul wanted these Christians to know about him, his ministry, and especially his message. He wanted them to know that the good news he preached was the same good news they believed.

This accessible volume presents a straightforward statement of the gospel. Gilbert guides both Christians and non-Christians to the Bible as he offers a clear understanding of the central message of God's Word.

“I am not ashamed of the gospel,” he begins, “for it is the power of God for salvation to everyone who believes” (Rom. 1:16). From there, especially through the first four chapters, Paul explains the good news about Jesus in wonderful detail. As we look at these chapters, we’ll see that Paul structures his presentation of the gospel around a few critical truths, truths that show up again and again in the apostles’ preaching of the gospel. Let’s look at the progression of Paul’s thought in Romans 1–4.

1. Paul tells his readers that it is God to whom they are accountable.

After his introductory remarks in Romans 1:1–7, Paul begins his presentation of the gospel by declaring that “the wrath of God is revealed from heaven” (Rom. 1:18). With his very first words, Paul insists that humanity is not autonomous. We did not create ourselves, and we are neither self-reliant nor self-accountable. No, it is God who created the world and everything in it, including us. Because he created us, God has the right to demand that we worship him. Look what Paul says in Romans 1:21: “For although they knew God, they did not honor him as God or give thanks to him, but they became futile in their thinking, and their foolish hearts were darkened.”

Thus Paul indicts humanity: they have sinned by not honoring and thanking God. It is our obligation, as people created and owned by God, to give him the honor and glory that is due to him, to live and speak and act and think in a way that recognizes and acknowledges his authority over us. We are made by him, owned by him, dependent on him, and therefore accountable to him. That’s the first point Paul labors to make as he explains the good news of Christianity.

2. Paul tells his readers that their problem is that they rebelled against God.

They—along with everyone else—did not honor God and give thanks to him as they should have. Their foolish hearts were darkened and they “exchanged the glory of the immortal God for images resembling mortal man and birds and animals and creeping things” (Rom. 1:23). That’s a truly revolting image, isn’t it? For human beings to consider their Creator and then decide that a wooden or metal image of a frog or a bird or even themselves is more glorious, more satisfying, and more valuable is the height of insult and rebellion against God. It is the root and essence of sin, and its results are nothing short of horrific.

For most of the next three chapters Paul presses this point, indicting all humanity as sinners against God. In chapter 1 his focus is on the Gentiles, and then in chapter 2 he turns just as strongly toward the Jews. It’s as if Paul knows that the most self-righteous of the Jews would have been applauding his lashing of the Gentiles, so he pivots on a dime in Romans 2:1 and points his accusing finger at the applauders: “Therefore you have no excuse”! Just like Gentiles, he says, Jews have broken God’s law and are under his judgment.

By the middle of chapter 3, Paul has indicted every single person in the world with rebellion against God. “We have already charged that all, both Jews and Greeks, are under sin” (Rom. 3:9). And his sobering conclusion is that when we stand before God the Judge, every mouth will be silenced. No one will mount a defense. Not one excuse will be offered. The whole world—Jew, Gentile, every last one of us—will be held fully accountable to God (Rom. 3:19).

Now, strictly speaking, these first two points are not really good news at all. In fact, they’re pretty bad news. That I have rebelled against the holy and judging God who made me is not a happy thought. But it is an important one, because it paves the way for the good news. That makes sense if you think about it. To have someone say to you, “I’m coming to save you!” is really not good news at all unless you believe you actually need to be saved.

3. Paul says that God’s solution to humanity’s sin is the sacrificial death and resurrection of Jesus Christ.

Having laid out the bad news of the predicament we face as sinners before our righteous God, Paul turns now to the good news, the gospel of Jesus Christ.

“But now,” Paul says, in spite of our sin, “now the righteousness of God has been manifested apart from the law” (Rom. 3:21). In other words, there is a way for human beings to be counted righteous before God instead of unrighteous, to be declared innocent instead of guilty, to be justified instead of condemned. And it has nothing to do with acting better or living a more righteous life. It comes “apart from the law.”

Through Christ’s sacrificial death and resurrection—because of his blood and his life—sinners may be saved from the condemnation our sins deserve.

So how does it happen? Paul puts it plainly in Romans 3:24. Despite our rebellion against God, and in the face of a hopeless situation, we can be “justified by his grace as a gift, through the redemption that is in Christ Jesus.” Through Christ’s sacrificial death and resurrection—because of his blood and his life—sinners may be saved from the condemnation our sins deserve.

But there’s one more question Paul answers. Exactly how is that good news for me? How do I become included in this promised salvation?

4. Paul tells his readers how they themselves can be included in this salvation.

That’s what he writes about through the end of chapter 3 and on into chapter 4. The salvation God has provided comes “through faith in Jesus Christ,” and it is “for all who believe” (Rom. 3:22). So how does this salvation become good news for me and not just for someone else? How do I come to be included in it? By believing in Jesus Christ. By trusting him and no other to save me. “To the one who does not work but believes in him who justifies the ungodly,” Paul explains, “his faith is counted as righteousness” (Rom. 4:5).

This article is adapted from What Is the Gospel? by Greg Gilbert.

5 Myths about Studying the Bible

If we truly believe that our very spiritual lives depend on every word that comes from the mouth of God (Deut 8:3; Matt 4:4), we will make the time to study God’s Word.

Podcast: How to Read the Bible Every Day in 2020 (David Mathis)

David Mathis discusses how anyone can make Bible reading a habit in 2020, reflecting on the pros and cons of New Year's resolutions and offering practical advice on making a plan to read the Bible every day.

The Gospel in James

James is a beloved epistle, eminently practical and full of vivid exhortations to godly living. 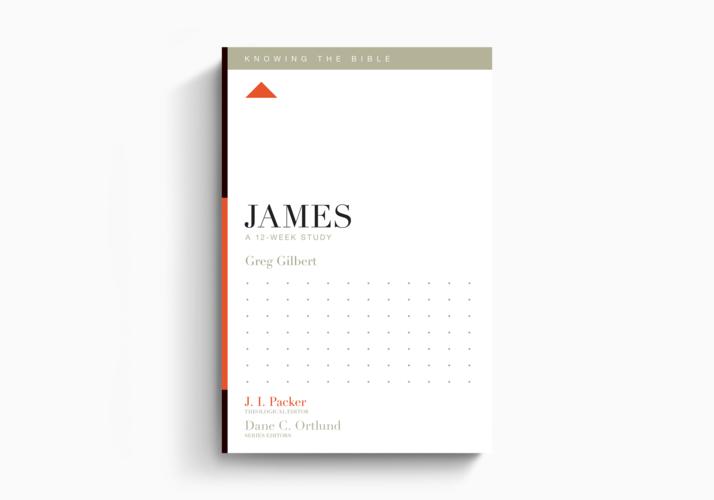 What Is the Mission of the Church?
Kevin DeYoung, Greg Gilbert
Crossway is a not-for-profit Christian ministry that exists solely for the purpose of proclaiming the gospel through publishing gospel-centered, Bible-centered content. Learn more or donate today at crossway.org/about.