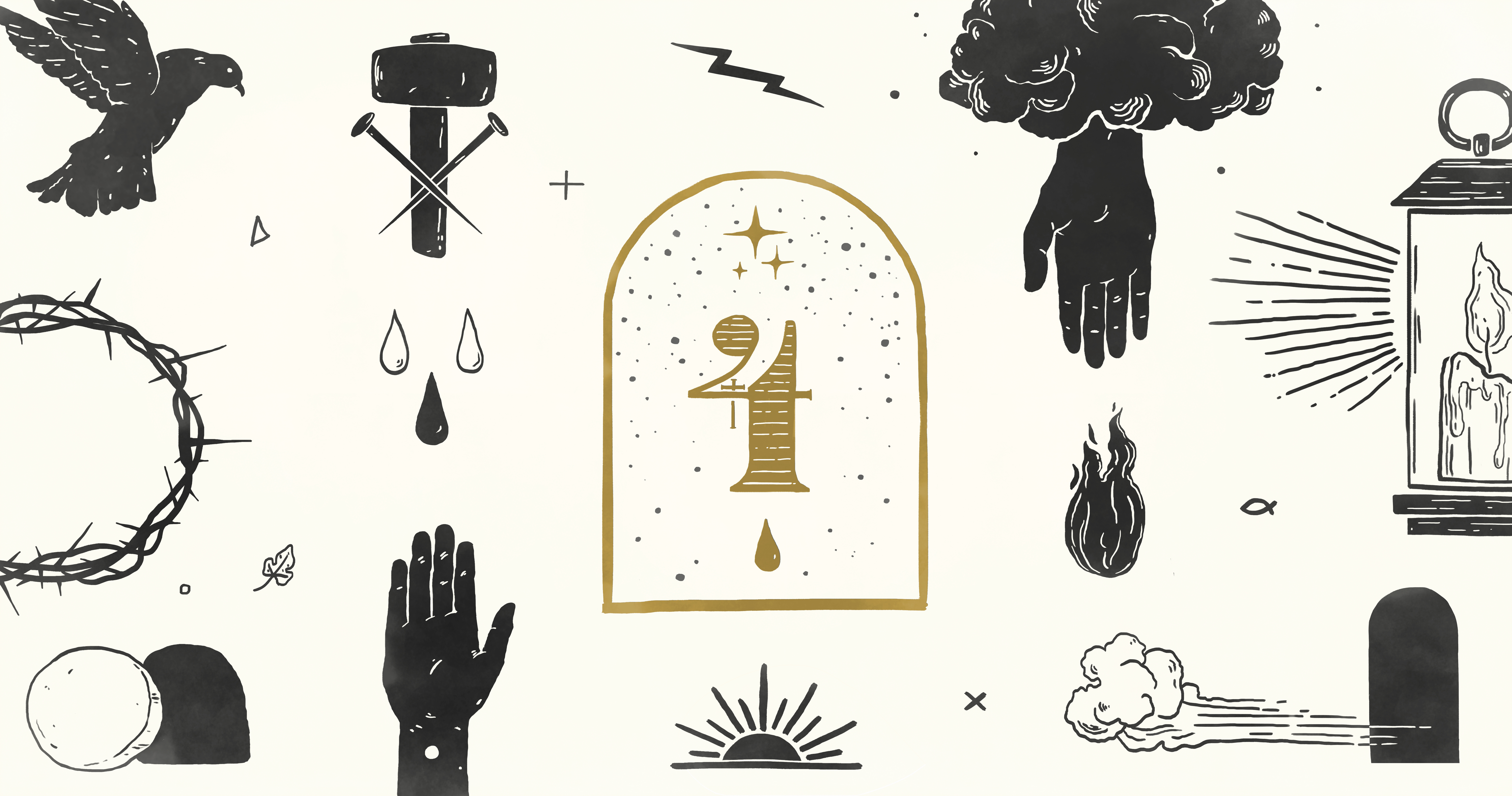 The benefits of redemption are not like a buffet of options, piled into a compartmentalized cafeteria tray. They are more like a well-sourced and carefully crafted four-course meal prepared by a master chef and properly integrated so that each course leads irresistibly to the next. The Reformed tradition has rightly discerned in Scripture the permanence and invincibility of God’s saving work in the lives of the elect—what has sometimes been referred to as the eternal security of the believer. But as we saw above, that particular locution is open to misrepresentation and abuse. The preferred historical term has been “the perseverance of the saints,” which highlights not only God’s work of preserving the elect but also their grace-enabled but no less necessary perseverance in the faith. As Calvin put it in his Antidote to the Council of Trent, “It is therefore faith alone which justifies, and yet the faith which justifies is not alone. . . Wherefore do not separate the whole grace of regeneration from faith.”1

Justification and sanctification, like all the benefits of redemption, are gifts of God’s gratuitous mercy.

Furthermore, the scriptural teaching on a final judgment according to works precludes any kind of antinomian indifference to the actual righteousness of believers (e.g., 2 Cor. 5:10; 1 Pet. 1:17). Believers are justified by faith alone, but they will experience a final judgment according to works, where their good works are brought forth not as the legal ground of their vindication but as the necessary evidence of their faith union with Christ.2 As one Baptist confession puts it, “All true believers endure to the end. . . . They shall be kept by the power of God through faith unto salvation.”3Being kept (preservation) and enduring to the end (perseverance) belong together. This foregrounding of the believer’s perseverance hardly counts as a slide into a nomistic understanding of “staying in” a state of grace (how could it, given the radical nature of grace expressed in the larger Reformed soteriological scheme?).

Instead, it merely seeks to hold together the unified work of God in the lives of the elect: a work of both pardon and deliverance, both justification and sanctification. It is this holistic work of God that prompts the believer to say, in the words of the old hymn by Augustus Toplady,

Rock of Ages
cleft for me,
let me hide myself in thee;
let the water and the blood,
from thy wounded side which flowed,
be of sin the double cure;
save from wrath and make me pure.

This unified work of salvation issues forth not from some generic divine benevolence but from the triune God, who is Father, Son, and Holy Spirit. The inseparability of justification and sanctification is grounded in the inseparability of Trinitarian operations. According to the doctrine of appropriation, we may speak of the electing Father, the redeeming Son, and the regenerating Holy Spirit, but in each of these works of divine mercy, it is the undivided Godhead who is working inseparably to bring about the salvation of the elect. God is one and acts as one. The benefits of redemption are inseparable because they flow from the unified work of the triune God. We can further spell out this first theological statement in several additional Trinitarian propositions.

1. Justification and sanctification are inseparable gifts of redemption because they are grounded in the Father’s free and electing mercy.

The Father’s intention in election is to reckon sinners to be “in Christ” for the purpose of holiness and blamelessness (Eph. 1:4). His predestinating mercy has as its penultimate goal the adoption of the elect as sons of God through his beloved firstborn Son, Jesus Christ (Eph. 1:5). It has as its ultimate goal the “praise of his glorious grace” (Eph. 1:6) through the exaltation of Christ as the elder brother of the company of the redeemed, the renewed family of God (Rom. 8:29).

2. Justification and sanctification are inseparable gifts of redemption because they were secured in and by the person of Christ, in whom divinity and humanity are hypostatically united.

As we saw above, union with Christ has sometimes been parsed in terms of decretal union, forensic union, and mystical union. We can also speak of this union with Christ in terms of three “moments”: the eternal moment of election in Christ; the redemptive-historical moment of the believer’s identification with Christ in his incarnation, life, death, burial, and resurrection (Rom. 6:1–4; Gal. 2:20); and the existential moment when the believer is brought by faith into a personal, organic union with Christ. The center category is secured in Christ himself. Union with Christ means most fundamentally union with his person, and in his person Christ is constituted as the believer’s wisdom, righteousness, sanctification, and redemption (1 Cor. 1:30). Calvin makes use of an incarnational analogy in order to demonstrate the inseparability of justification and sanctification: “As Christ cannot be torn into parts, so these two which we perceive in him together and conjointly are inseparable—namely, righteousness and sanctification. Whomever, therefore, God receives into grace, on them he at the same time bestows the spirit of adoption (Rom. 8:15).”4Justification and sanctification can no more be separated in the lives of believers than they can be in the person of Christ himself.5

3. Justification and sanctification are inseparable gifts of redemption because they were accomplished by the “whole course” of Christ’s obedience, not merely one aspect of his work abstracted from the others.

The integral relationship between justification and sanctification is grounded not only in Christ’s person but also in his mediatorial work. And while many evangelicals tend to truncate Christ’s work of atonement to comprise only his work on the cross (and then only in terms of its forensic aspect), the New Testament places the climactic scene at Golgotha within the broader drama of Christ’s holistic work—what Calvin referred to as “the whole course of Christ’s obedience.”6Christ accomplishes redemption not only through his wrath-bearing, Serpent-crushing death but also through his righteousness-fulfilling life (Matt. 3:15; Gal. 4:4), his justification-securing resurrection (Rom. 4:25), his glorious ascension to and session at the Father’s right hand, his gracious gift of the Holy Spirit, his ongoing priestly intercession, and his final return in power and glory.7The application of redemption is holistic and unified because its accomplishment in Christ is holistic and unified.

The Doctrine on Which the Church Stands or Falls

This collaborative volume of 26 essays explores the doctrine of justification from the lenses of history, the Bible, theology, and pastoral practice—revealing the enduring significance of this pillar of Protestant theology.

4. Justification and sanctification are inseparable gifts of redemption because they are applied to the elect by the Holy Spirit, who unites them to Christ by faith.

The work accomplished by Christ is applied to the elect by Christ’s Spirit. The Spirit gives birth to faith, which alone is the instrument of justification. Salvation comes not by good works but by the regenerating and renewing work of the Spirit (Titus 3:5). But the Spirit who unites the elect by faith to the justifying verdict in Christ also consecrates them in Christ for a life of holiness and growth toward perfection (Gal. 3:3). It is with good reason that the Reformed tradition, stemming from Calvin himself, has grounded both justification and sanctification in the Spirit’s work of uniting believers to Christ. As Calvin writes, “To sum up, the Holy Spirit is the bond by which Christ effectually unites us to himself.”8The faith that unites believers to Christ forensically in justification and sustains them organically in an ongoing relationship to Christ is the result of the Spirit’s work. “But faith is the principal work of the Holy Spirit,” Calvin states; “by faith alone he leads us into the light of the gospel.”9

So in sum, justification and sanctification are inseparable in the experience of the elect because they are inseparable in the saving intention of the triune God. They can no more be divided than can the persons of the Trinity or the two natures of Christ. Thus, to make sanctification some optional add-on to the settled verdict rendered in justification is to make a mistake of grave proportions. Justification is a settled verdict, founded on the righteousness of Christ alone and received by faith alone, but it always and inevitably brings about the sanctification of those justified. Therefore, all forms of antinomianism are excluded by the unified saving intentionality of the triune God.

This article is adapted from The Doctrine on Which the Church Stands or Falls: Justification in Biblical, Theological, Historical, and Pastoral Perspective edited by Matthew Barrett.

R. Lucas Stamps (PhD, Southern Baptist Theological Seminary) is associate professor of Christian studies at the Clamp Divinity School of Anderson University in Anderson, South Carolina. He serves as an executive director for the Center for Baptist Renewal, a fellow for the Research Institute of the Ethics and Religious Liberty Commission, and a senior fellow for the Center for Ancient Christian Studies.

Does Doctrine Matter for the Everyday Christian?

Does the doctrine of justification make a difference in the way that we live the Christian life?

The Modern Challenge to the Doctrine of Justification

In the 21st Century, though, we not only continue to face that challenge that the Reformers had with the Roman Catholic Church but also a bigger task.

The Question at the Heart of Christianity

Central to our faith is the answer to this question: How is one right with God?