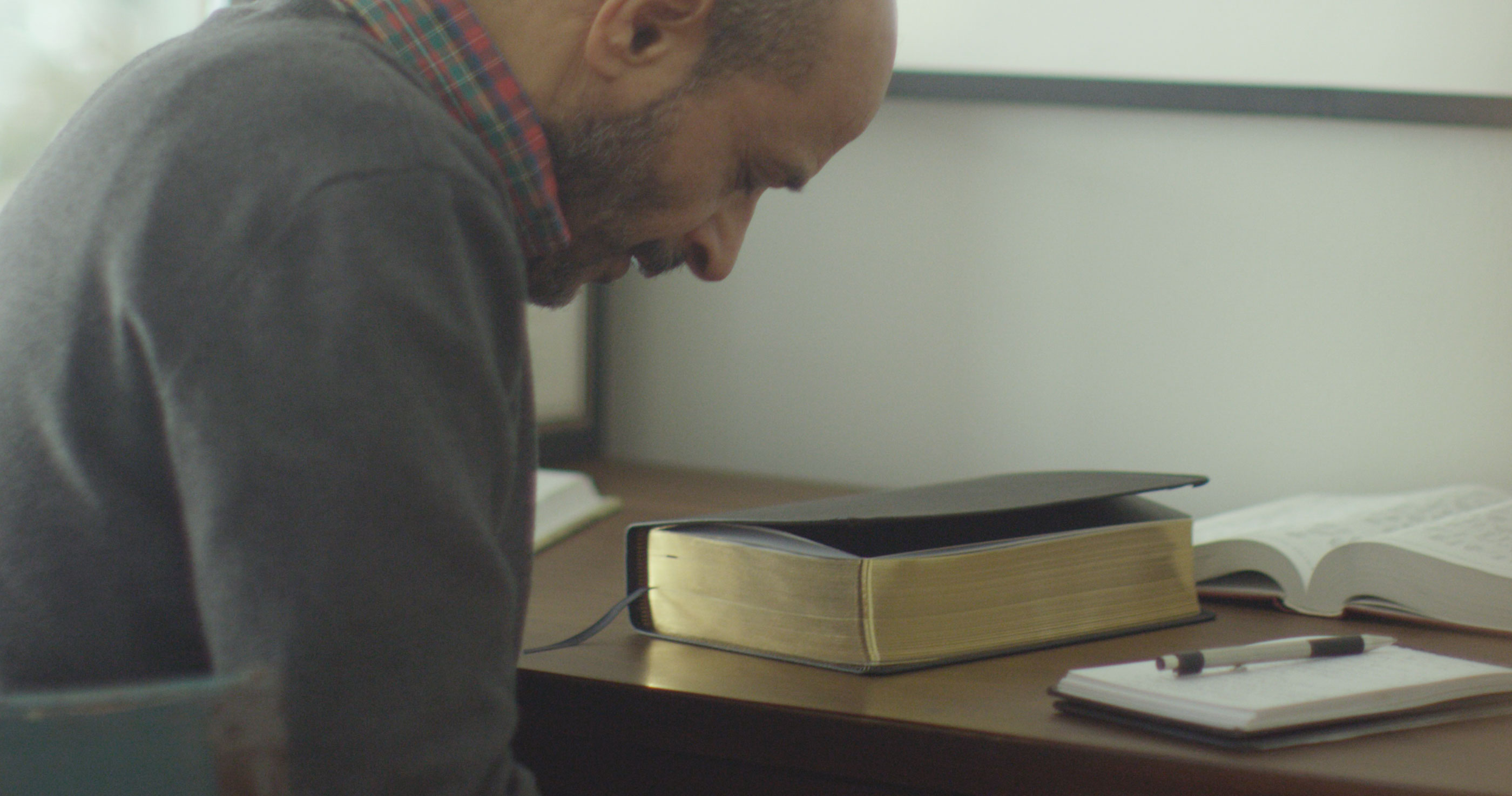 Effective public prayer must be well-prepared prayer. This is the engine that will move all the other principles. Paul says in 2 Timothy 2:15 that we are to be workmen who have no need to be ashamed in our rightly handling the word of truth. Usually we apply this to preaching and teaching God’s word, but it is equally relevant to our praying the word. What follows are five general guidelines.

Written prayers are exactly that: prayers that are written out ahead of time and read word for word. Studied prayers are prayed from prepared bullet points and so contain more spontaneous prayer. Which is better? My former and present pastors prefer studied prayer. The advantages are that it is organized enough to guard from wandering and repeating and yet free enough to be in the speaker’s voice and sound natural. Studied prayer works for those who know the Bible well, are comfortable praying in front of a congregation, and can fluently “ad lib.” Many will prefer this way because it strikes a good balance between form and freedom.

On the other hand, I prefer to write out my prayers ahead of time. The advantage of written prayer is that you have time to carefully craft exactly what you want to say, maximizing the power of striking language and minimizing the possibility of verbally stumbling. However, if you write out your prayer, it’s important to remember to write for the ear and not for the eye. You don’t want to sound like you’re reading a prayer, even though you are! It’s also important when reading prayers to feel free to add transitional words or phrases and generally embellish so that your reading sounds natural. Whether you pray a written or studied prayer, it is important to practice the prayer ahead of time for maximum familiarity and fluency. 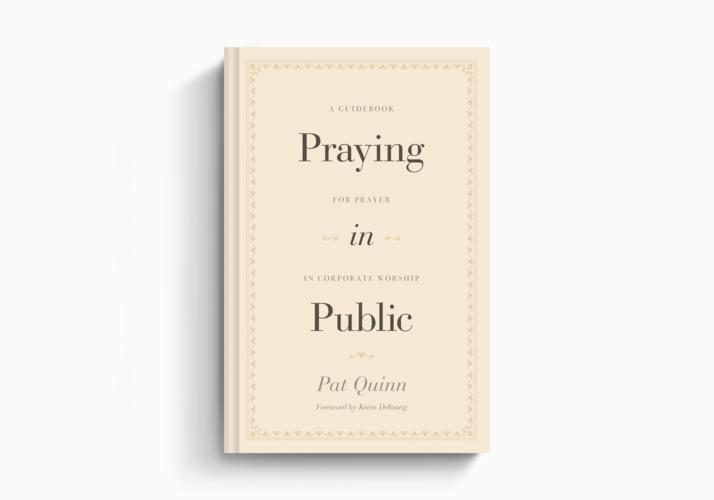 Praying in Public by Pat Quinn is a comprehensive guidebook designed to help readers think about, prepare, and pray biblically rich, gospel-centered prayers as an act of corporate worship.

When praying publicly, it’s possible to err in praying too fast or too slow. Nervousness often tends toward praying too fast. The words tumble out, sentences run into each other, and the effect is that of a runaway train. People get left behind. However, the opposite problem is also common. Some people tend to slow way down, painfully emphasizing almost every word: “Lord . . . we . . . come . . . before you . . . now . . . in prayer.” This kind of prayer plods along unnaturally, and people feel stuck in the mud. We should aim at a normal conversational tone and pace, periodically emphasizing a word or phrase by appropriately varying the volume or speed.

I realize eloquence is a loaded word and that Paul seriously downplayed “lofty speech” in his preaching (1 Cor. 2:1). It would obviously be incompatible with the gospel to try to impress people with our verbal skill or rhetorical power in prayer. Instead, we aim at words that are fluent rather than halting, graceful rather than flowery, clear rather than confusing, and striking rather than trite. Our prayers should flow from and point to God as the source and sum of all that is good, true, and beautiful. This is a high goal but well worth our best efforts. This prayer of John Piper captures the eloquence we aspire to:

May the power of the Lion and the love of the Lamb make our faith in Christ unshakeable. So deliver us from small dreams and timid ventures and halting plans. Embolden us. Strengthen us. Make us love with fierce and humble love. . . . And in it all, grant that all might see the glory of Christ and that you might be honored through him.1

The Puritans were known for their long pastoral prayers, sometimes as long as thirty minutes. While we have much to emulate in these prayer warriors of old, we need not aim at half-hour congregational prayers! Our contemporary Christian culture is not ready for that. Start small. Plan to pray three to five minutes. Much can be covered and much good for the soul can be accomplished in a well-prepared prayer of this length.

Our church uses a worship template created by former pastor Kevin DeYoung. It’s helpful to think through the major parts of a worship service and where the different elements fit best. Our service has four main sections that provide a context for the various prayers.

This article is adapted from Praying in Public: A Guidebook for Prayer in Corporate Worship by Pat Quinn.

Godly character is developed over time—honed by the practice of spiritual disciplines and commitment to living honorably before men and God.

Prayer is oxygen for the Christian. It sustains us. So it follows that prayer must be a source of life for any community of Christians.

14 Notable Quotes from Habits of Grace

“Habits of grace” are the God-designed channels through which his glorious grace flows—making them life-giving practices for all Christians.

Podcast: Do You Know That Jesus Is Praying for You? (Joel Beeke)

Joel Beeke discusses the doctrine of Christ's ongoing intercession in heaven and why it's more important and spiritually edifying than you may realize. 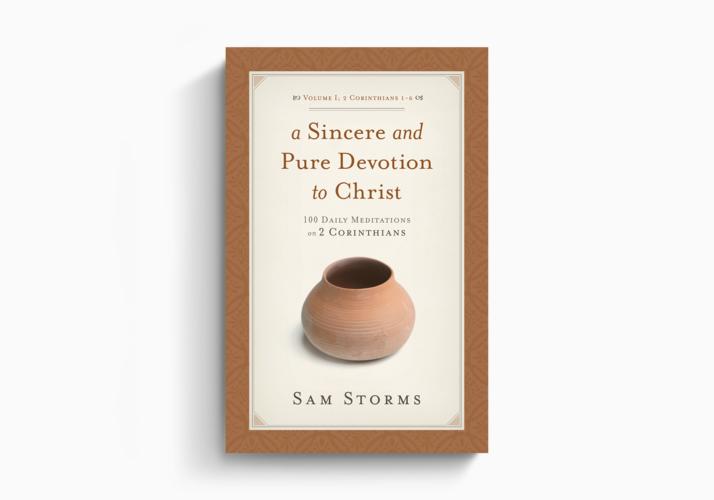