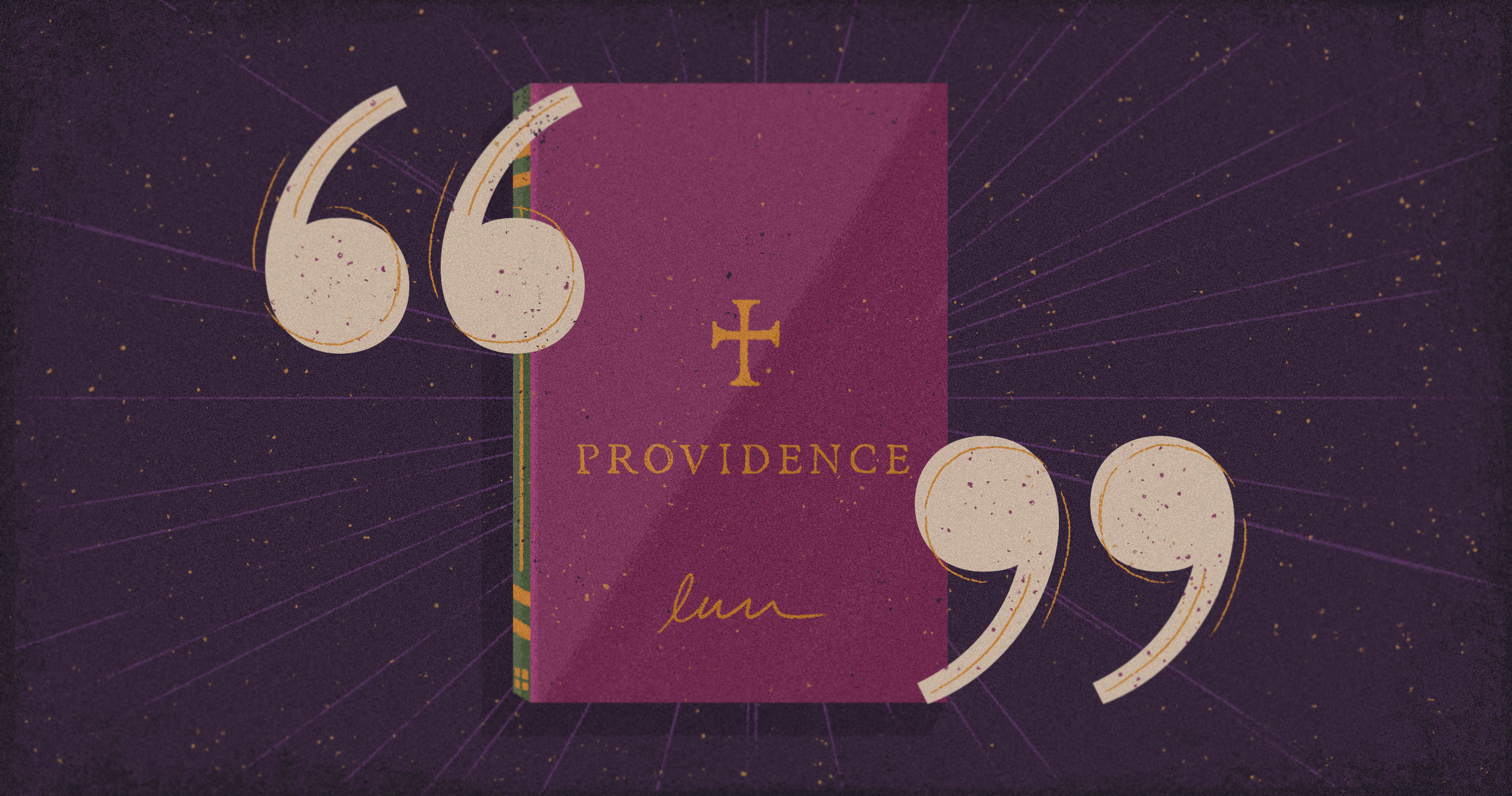 This article is part of the Notable Quotes series.

The providence of God is his purposeful sovereignty by which he will be completely successful in the achievement of his ultimate goal for the universe. God’s providence carries his plans into action, guides all things toward his ultimate goal, and leads to the final consummation. Meditate on the all-encompassing reality of God’s purposeful sovereignty over all of creation and all of history with these quotations from Providence by John Piper.

“God has revealed the goal and nature and extent of his providence. He has not been silent. He has shown us these things in the Bible.”

“God does not intend for us to see ourselves, or any part of the world, as cogs in the wheels of an impersonal mechanism. The world is not a machine that God made to run on its own. It is a painting, or a sculpture, or a drama. The Son of God holds it in being by the word of his power (Col. 1:17; Heb. 1:3).”

“God does not intend for us to look at the world he has made and feel nothing.”

“God’s self-exaltation is different from human self-exaltation in that, by exalting himself, he is not distracting us from what is ultimately satisfying, but displaying it and inviting us into the enjoyment of it.”

“God’s goal in the new covenant through the death of Jesus is the beautification of a bride in whom the Son could rejoice forever. When Paul says that Christ died “that he might present the church to himself in splendor,” he did not mean that Christ would be bored by his blood-beautified bride. No, he meant that Christ would be thrilled with his bride. That is why he died—to make her thrilling.”

“Every day for all eternity—without pause or end—the riches of the glory of God’s grace in Christ will become increasingly great and beautiful in our perception of them. We are finite. They are “immeasurable”—infinite. Therefore, we cannot ever take them in fully. Let that sink in. There will always be more. Gloriously more. Forever.”

“Divine providence is never frustrated by Satan in its plan for this world—for the everlasting good of God’s people in the all-satisfying praise of the glory of his grace.”

“God is sovereign over. . .suffering, which means it is not meaningless. It is not wrath. It is not ultimately destructive. It is not wanton or heedless. It is purposeful. It is measured, wise, and loving.”

9 Notable Quotes from The Gospel Comes with a House Key

The Bible teaches that hospitality is not an option, but a requirement, for Christians. In opening our doors, we have the opportunity to shine the light of Christ in dark places.

12 Notable Quotes from 12 Ways Your Phone Is Changing You

9 Notable Quotes from Coronavirus and Christ

The only firm foundation we have in an unpredictable world is the rock of Jesus Christ.