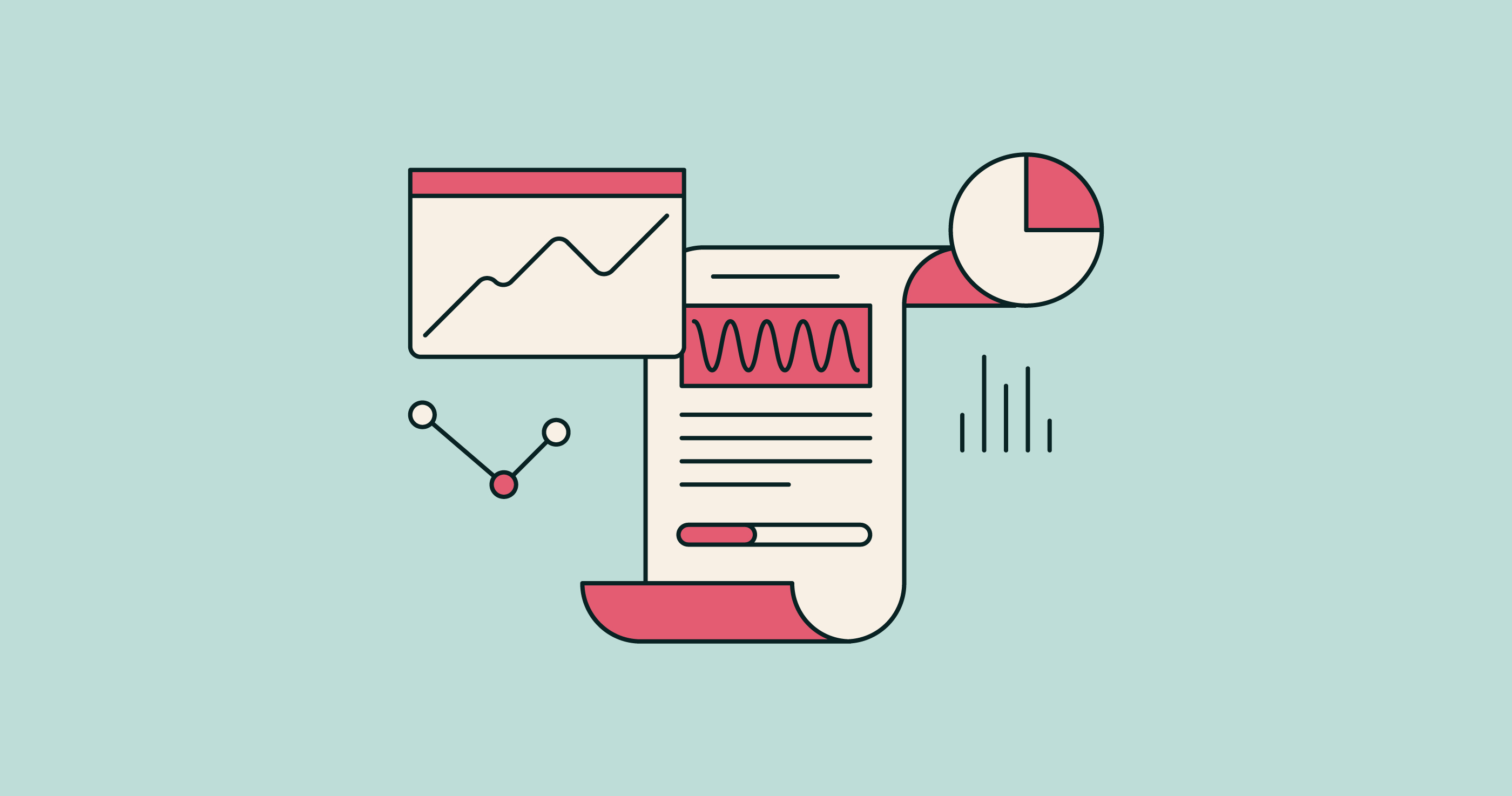 Creeds, Confessions, and the Bible

One of the great features of the Protestant Reformation that we don’t discuss very often, was the making of Reformed Confessions. Not one Protestant Confession existed at the beginning of the 1500s. Over 90 Reformed confessions and catechisms – not including Lutheran ones – had been printed by the end of the 1500s. The Confession that my church uses was actually written at the end of the long Reformation – it was authored in 1647. That only illustrates the point that there was a 150-year period of time in which creed-making was all the rage.

This fact is, indirectly, a threat to my profession. Every Reformation day I’m reminded of what everyone inside the church history guild already knows. No one really wants Church historians. Just as the only purpose of Catholic Church historians is to rise up once a year to speak against nailing things on church doors, the only real purpose of Protestant Church historians is to speak at Reformation day celebrations about the Five Solas. But herein lies the problem: the Reformers themselves did not have a short list of doctrines neatly packaged in five points. Inconvenient as it may be, our forefathers did not reduce the reformation down to a handful of ideas. Instead they wrote confessions–lots of them, and most of them very long.

It is probably here, while still on the porch of this essay, and not yet in the house, that I should talk about the term “confession” itself, for it is a little bit vague. We use the word “confession” when we are admitting that we could have done better, or when owning that we’ve actually done wrong. Here I am thinking of confessing as professing. I am writing about a Christian faith that affirms an allegiance to Christ, but also affirms a body of truth that we love and teach because of Christ. 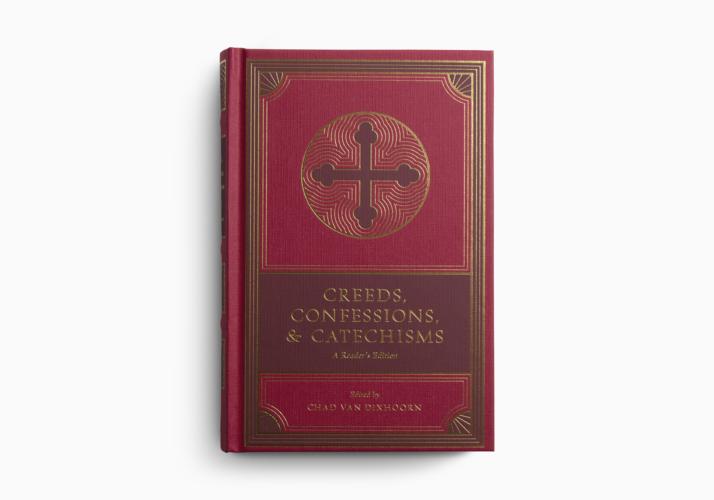 Creeds, Confessions, and Catechisms gathers 13 of Christian history's most important documents—including the Apostles’ Creed, the Belgic Confession, and the Heidelberg Catechism—into one beautiful collection.

This kind of confessing was done already in the early church, where Christians composed short, pithy affirmations of faith that came to be called creeds. By the time of the Protestant Reformation of the 1500s so much had been learned – and so many doctrines were disputed between the Reformers and Rome – that the category of creed needed to be supplemented by longer lists of doctrines that Christians confessed. Creeds were still in use, most often in worship, but now confessions had to be written to explain what Lutheran and Reformed Christians believed. These confessions carefully explained what doctrines were held in common with the old faith of Rome, and where the Reformers were forced to disagree with Rome in their recovery of the teachings of the early church, and most basically, of the Bible. They also explain where the Reformers disagreed with one another.

But while we can understand how these confessions came about, the title of the article promises to answer why anyone should bother with confessions today. For are there not as many reasons against them as for them?

For in the first place, there is a concern about Scripture. Many Christians, recognizing the value of God’s word, say from the heart, “I want no creed but Christ, and no confession but the Scriptures!” This conviction is concerned that the idea of a creed or confession is in tension with the authority of God’s Word. Understandably, they don’t want to come anywhere near such a tension.

In the second place, there are people who feel that it might be more straightforward to use only the Bible. They have a practical preference for telling people that their church simply believes and teaches the Bible.

Third, most confessions say so much. Is it all important to the church today? A fourth perceived cost, and on the flip side of the same coin, is that a confession might cause disunity. Since no one agrees on everything, perhaps less is more. Why not just stick to a few basic points–a few solas, perhaps?

This essay is labeled, “A Cost-Benefit Analysis of Using Creeds and Confessions in Your Church.” And that is because by all appearances there are apparent costs to having confessions.

But there are benefits.

The first thing to note is that the idea of creed or confession started early for God’s people. Indeed, the Bible itself teaches us that brief statements of key doctrines have been with us from the beginning. They often focus on God and on the way of salvation. It is what Old Testament readers encounter in the capstone of the books of Moses: “Hear, O Israel: The Lord our God, the Lord is one” (Deut. 6:3). It is what New Testament readers overhear Paul telling the Corinthians as he summarized his own teaching: “I delivered to you as of first importance what I also received: that Christ died for our sins in accordance with the Scriptures, that he was buried, that he was raised on the third day in accordance with the Scriptures, and that he appeared to Cephas, then to the twelve” (1 Cor. 15:3-4).

Second, I think it's important to stress that confessions are honest. The desire to state truth openly is a basic Christian instinct. Honesty is the original impulse behind almost every statement of faith, for honest churches announce what they do believe and (in the best creeds and confessions) even a few things that they don’t.

The fact is that the claim that we believe only in the Bible is not as straightforward as it seems. Down the road from where I grew up we had amazing neighbours who belonged to a church that disliked creeds. But as I was blessed with the opportunity to get to know them better, I discovered that they believed very definite things about the Christian life and faith – they just weren’t written down. After much time spent with my neighbours, I came to think that printed confession was more fair, more straightforward, and maybe even more honest.

Honesty is the original impulse behind almost every statement of faith, for honest churches announce what they do believe and (in the best creeds and confessions) even a few things that they don’t.

Confessions are also useful, in the third place, for promoting truth. I do understand that confessions tend to discuss topics that people today often don’t consider important. I get that they are long. But I think we should think seriously about our cultural moment, and the assumptions that we hold about doctrine.

In spite of prevailing trends it seems possible that congregations and their leaders would be better served with fuller statements of faith. Among the benefits that we might mention in conjunction with fuller statements of faith, there is the benefit of ‘ecclesiastical dating’: churches looking for a pastor or elder will be able to say what they want him to believe, and pastors or elders looking for churches can point to what they are eager to teach.

Seeking light and truth in these kinds of important moments is crucial, and confessions can help reduce surprises. Imagine a search committee equipped with a confession: “Here is a statement of faith. This expresses what we as a church think the Bible teaches on these doctrines. Would you please read this, think and pray over it, and tell us if you also believe these things? And if not, what are your disagreements, and why?”

Confessions not only promote truth. Properly understood and used, the best doctrinal summaries also promote church unity – which is my fourth point. They help us to identify, through a common set of priorities and teachings, what we have in common with other Christians. And closely related, these summaries also have the potential to create peace in the church, since people coming to the church will readily be able to see what it teaches, and will be able to compare it with the Scriptures, which is the only basis on which Christian teaching should be built.

The truth is that even with the Bible as the standard and principal source of our theology, Christian people and churches unite around particular understandings of the Bible, which in effect become subordinate or secondary standards. For many Christians, that secondary standard is embodied, literally, in the teaching of an influential person. When I was a pastor in England a dear woman would occasionally come up to me after a sermon and begin to say by way of refutation, “But the Doctor says....” Their standard, a pretty decent one, was Martin Lloyd-Jones. For others it is Tim Keller or Nancy Guthrie or John Piper, or perhaps their local pastor.

A plausible argument can be made that a confession -- written as the collective judgement of a body of mature pastor-theologians -- is best able to foster true unity in Christ’s church over time and around the world, better by far than the developing (and sometimes vast!) corpus of books and sermons and posts of a single contemporary or historical figure, no matter how useful these brothers may be.

Not long ago a friend asked what I’d say if I had thirty seconds with someone in an elevator and had to explain why I think Christian Confessions are so important. Of course this happens all the time, and as you can see, I know what I’d say: (1) they are rooted in Scripture, (2) they are honest, (3) they promote church unity, and (4) they promote truth. If my conversation partner was heading to the tenth floor, I’d add a fifth reason: a good confession makes a great teaching tool. But that will have to wait for another time.

Chad Van Dixhoorn is the editor of Creeds, Confessions, and Catechisms: A Reader's Edition.

Chad Van Dixhoorn (PhD, Cambridge University) is professor of church history at Westminster Theological Seminary and a former pastor in the United Kingdom and in Virginia. He is the author of Confessing the Faith and God’s Ambassadors.

7 Questions about the Creeds

What is a creed and why is it important for the Church? Learn the basics from the answers to seven questions from To Be a Christian: An Anglican Catechism.

Given that liturgy concerns the order of worship elements in a church service, it’s not whether a church has a liturgy; it’s just which liturgy the church has.

Podcast: How Ancient Liturgy Can Renew Your Walk with Jesus Today (Jonathan Gibson)

Jonathan Gibson talks about why liturgy can be such a powerful force for good in the life of the Christian when rightly understood and practiced. 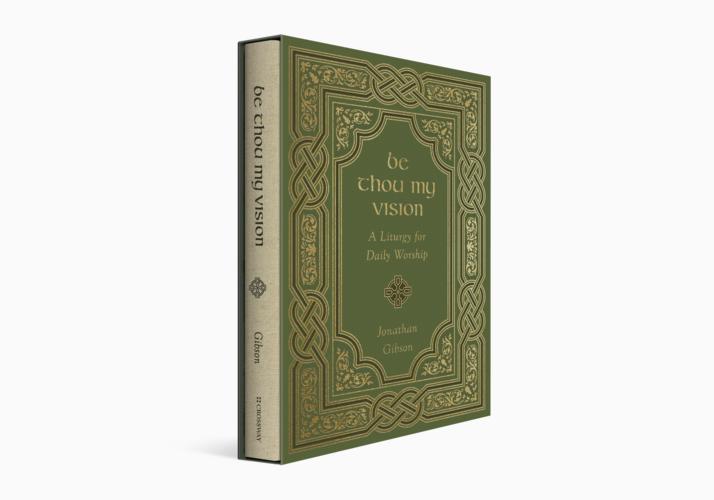 Be Thou My Vision
Jonathan Gibson 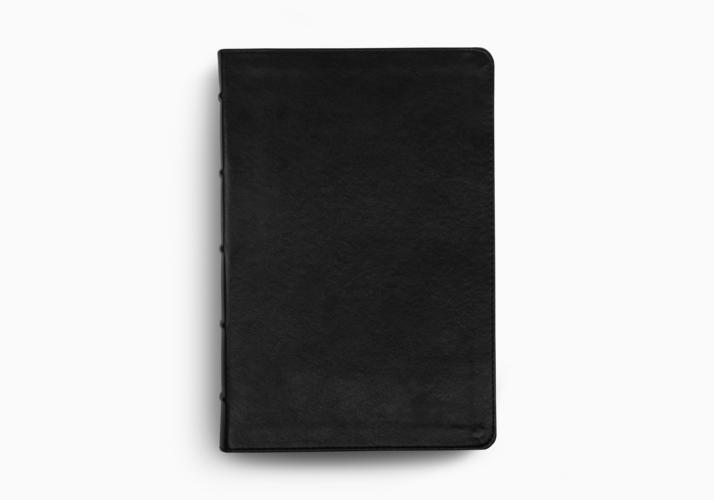 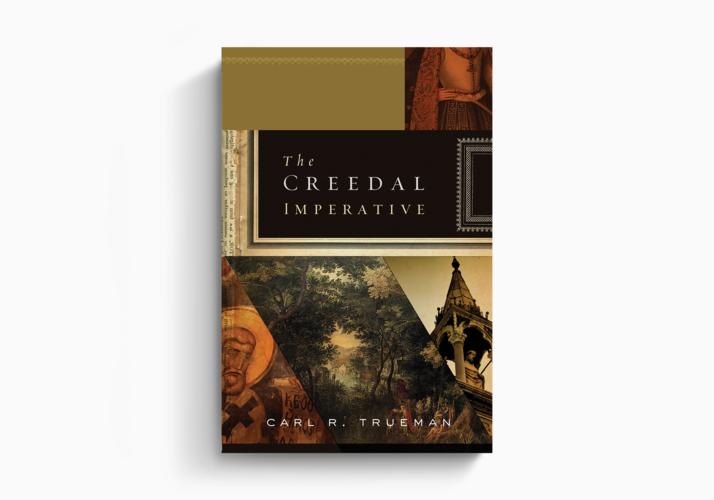 The Creedal Imperative
Carl R. Trueman
Crossway is a not-for-profit Christian ministry that exists solely for the purpose of proclaiming the gospel through publishing gospel-centered, Bible-centered content. Learn more or donate today at crossway.org/about.