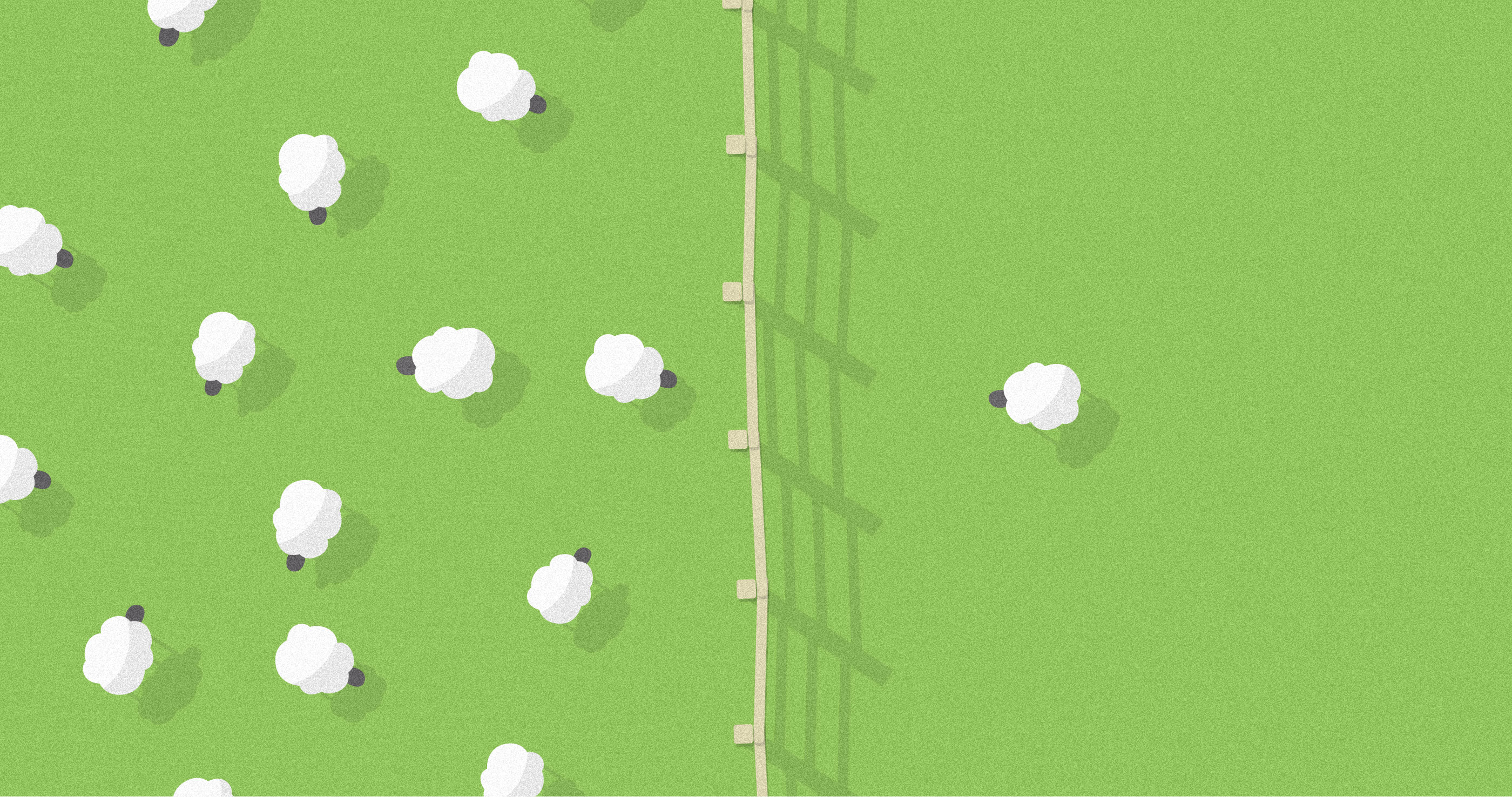 Is church membership actually in the Bible?

How many times have you heard someone ask that? Maybe you’re asking it yourself.

If I have fifteen seconds to answer that question—maybe I’m on an elevator with you—I would tell you to look at the church discipline passages in Matthew 18 and 1 Corinthians 5. Jesus and Paul talk about “removing” someone from the body. What is a person being removed from if it’s not what we today call membership. Yes, it’s an implication, but it’s a very clear implication.

Or I might point you to passages like Acts 2:41, where it says three thousand people were “added to their number” (NIV); or Acts 6:2, which says the apostles called together “the full number of disciples”; or Acts 12:1, which says Herod attacked those “who belonged to the church.” They knew who belonged. They could name the disciples. Did they keep all those names on an Excel spreadsheet? I don’t know, but they knew who they were.

Are You Looking for the Right Thing?

If I have more than fifteen seconds when someone asks that question, I might say, “Membership is not in the Bible. At least not the kind of membership you’re looking for.” If I had to guess, you’ve known churches that treat church membership like club membership. You come. You pay your dues. You get the membership packet, maybe even an all-access pass to the pastor or other benefits.

And that isn’t in the Bible. Instead, the Bible presents a picture of the church as unlike any other organization or society of people in the world.

By some estimates, there are over ninety different metaphors in the Bible for describing what the church is: a flock, a temple, a people, a vine, a pillar and buttress of truth, a Lady and her children. Truly the church is unlike any other society or organization in the world. It’s no club. Apparently, the Holy Spirit who inspired Scripture thought you need all those metaphors to describe what this new-creation, blood-bought, Spirit-filled society is. And what is a local church but a self-identified gathering of such people?

So, where is membership in the Bible? Well, first of all, search for any discussion of those metaphors. That should change what you’re searching for.

How Else Will You Obey All the Bible Requires?

But admittedly, we’re all a bit anti-institutional these days. People like to say, Can’t I be a part of the family of God and the body of Christ and all that without binding myself to one particular local church?

First, from the individual Christian’s perspective, I don’t know how you can do what the Bible calls you to do apart from a self-conscious commitment to a local church. Hebrews 13:17 tells you to submit to your leaders. Which leaders are those? All Christians leaders everywhere? Or even just the leaders in your city? No, it’s the leaders of the church to whom you have committed, and who have committed to you.

Ephesians 4 says we’re to build one another up by speaking the truth in love. And Ephesians 5, in the context of addressing one another with psalms, hymns, and spiritual songs, says we do this as we submit to one another. Which Christians are we to both build up and submit to with our words? All the Christians in a city? No, the Christians who have committed to regularly gathering together in one place—a local church.

We could go through command after command and metaphor after metaphor in the New Testament about the corporate life of the church, and I will say the same thing every time: I don’t know how you do that apart from a local church.

The Church Possesses Authority to Hand Out Name Tags

Second, from the church’s perspective, the Bible actually gives local churches authority to bring members in, and to see them out. It exercises that authority by bringing people into membership through baptism, by seeing them out through excommunication when necessary, and by affirming them as a believers on an ongoing basis through the Lord’s Supper.

When we baptize, we baptize someone into the name of Father, Son, and Spirit. We give them the “Jesus nametag.” “He’s with Jesus!” we say. And in so doing, we make their profession and discipleship public.

The Lord’s Supper, also, isn’t an individual act, an opportunity to shut everyone out and have a turbo-charged quiet time with you and Jesus. No, it’s a church-revealing and church-affirming act.

What is the authority of the local church? It’s the authority to say who the Christians on planet earth are, which we do through baptism and the Lord’s Supper. Baptism is the front door. The Lord’s Supper is the family dinner table. Both of these are the signs of church membership. More than that, they’re how a church corporately affirms someone’s profession of faith! They’re how a church on earth goes public.

Think back to the verses in Acts about being “added to their number” and “the full number of disciples” and “those who belonged.” They knew who they were through the ordinances.

So why can’t you just be the body of Christ or the family of God apart from a self-conscious commitment to a local church that we call “membership”? One, because it’s the only way you can fulfill all the Bible’s commands about our life together. Two, because it’s the local church whom the Bible authorizes to publicly recognize and affirm the church on planet earth.

Church Membership in the Context of the Whole Bible

Following Israel’s failure to keep the old covenant, the prophets Jeremiah and Ezekiel promised a new covenant, whereby God would place his law on his people’s hearts and forgive their sins. And this is what we think of as conversion, which happens through the preaching of the Word and the work of the Spirit. Conversion makes someone a Christian, a member of the new covenant, as well as a member of Christ’s universal church.

Conversion makes someone a Christian, a member of the new covenant, as well as a member of Christ’s universal church.

Apparently, a second step is necessary for the invisible new covenant community of the church to become visible. The gospel faith must show up in a gospel order. It’s for this reason Jesus gave the apostles and local churches the keys of the kingdom for binding and loosing, which they exercise through baptism and the Lord’s Supper. There’s your flag and passport.

In other words, the universal shows up—becomes visible, palpable, and real—in the local church. We prove and practice our membership in Christ’s body and family and kingdom locally.

Membership Is How You Become What You Are

Now think about all this in the context of the gospel. The gospel makes members of the universal church. It unites us to Christ and to Christ’s people (e.g. Ephesians 2:11–22; 1 Peter 2:10). Yet we demonstrate or prove that universal membership through actual, local, “here’s a list of names” membership.

It’s precisely the same relationship we see between what theologians call our positional righteousness in Christ and our existential righteousness or between the indicative or the imperative. We’re declared righteous because of what Christ did, but then we’re commanded to “put on” that righteousness. Living it out proves or demonstrates what God has done. And if you don’t live it out, people will rightly wonder if you truly possess the righteousness of Christ (e.g., see Rom. 6:1–3).

In the same way, don’t tell me you belong to the “family of God” of all Christians everywhere unless you actually show up at the family dinner table with a bunch of real people. And don’t tell me you’re a part of the body of Christ unless you can point to an actual body of people on whom you’re making yourself dependent.

That why in 1 John 4, John says, Don’t say you love God whom you can’t see if you don’t love your brother, whom you can see.

Is church membership in the Bible? Show me a Christian in the Bible (other than the Ethiopian eunuch, who is in the middle of a desert) who is not committed to a local church. Throughout the entire New Testament, believers unite their professions and their lives together.

Jonathan Leeman is the author of Church Membership: How the World Knows Who Represents Jesus.

Thabiti Anyabwile reflects on the value and benefits of local church membership, showing what the Bible really teaches about the idea of formal membership.

The Counterintuitive Nature of Authority

Authority can be dangerous. But, if used rightly, it can also be a blessing.

Are Love and Authority Mutually Exclusive?

But authority in creation and authority and redemption actually work together—for good.