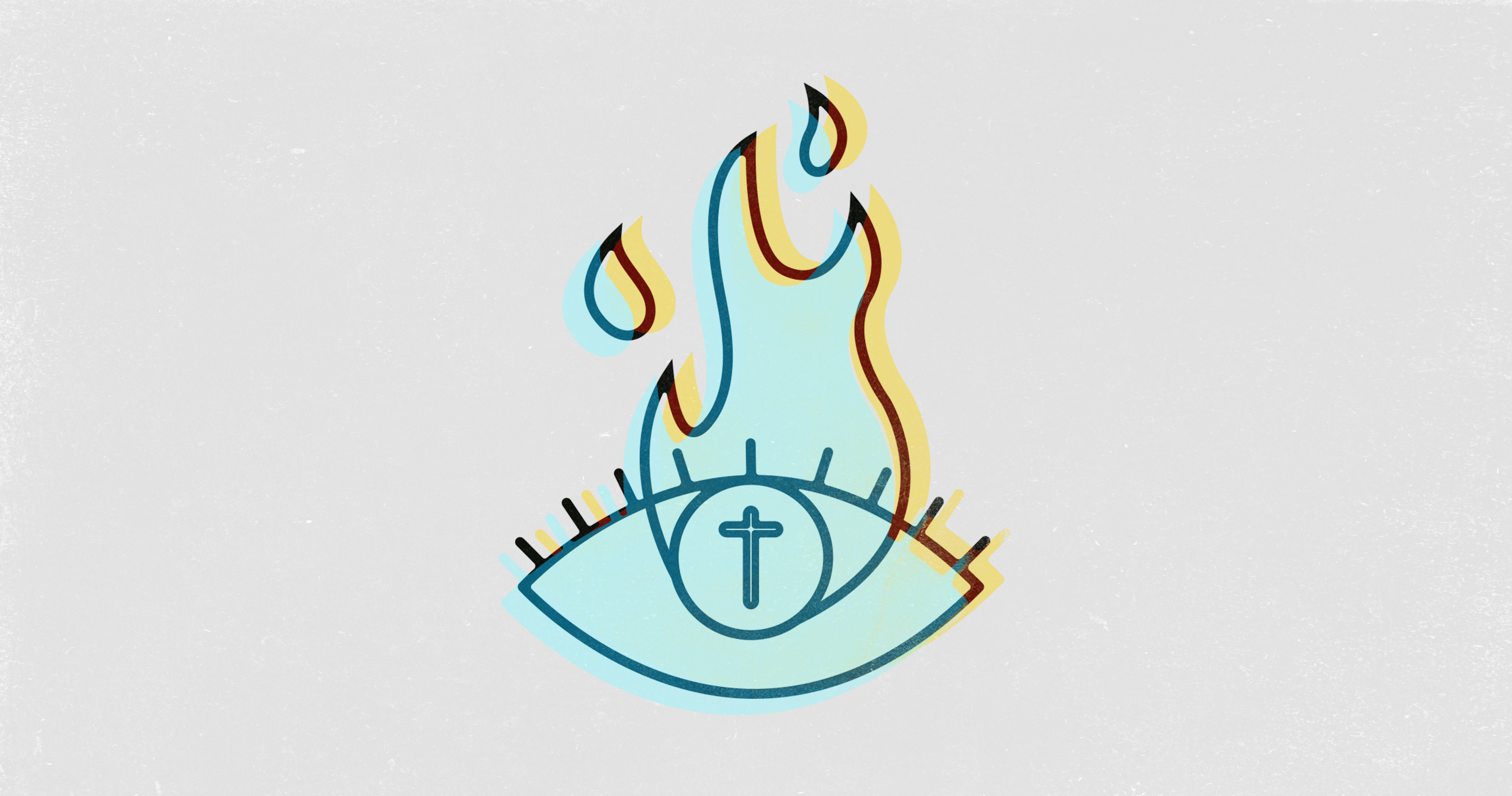 Is the Cross a Spectacle?

In an ocularcentric culture like ours, is it even appropriate to bring the unseen cross into our conversation? Can the cross be a spectacle for us today? None of us saw it. We now only read about it.

The issues faced by the early Galatian Christians can help us sort these issues today. The Galatian church had fallen under the spell of a false promise of redemption: Christ plus the works of the law. They were fumbling the gospel, abandoning Christ, and it was an absurd move. How could they fall for the bewitching hallucination of a false gospel, as though Christ’s cross was insufficient? Especially when Paul told them, “It was before your eyes that Jesus Christ was publicly portrayed as crucified” (Gal. 3:1). Yet all the evidence suggests that the Galatians were not present for the crucifixion event.

But for us, the cross is the pedagogy of faith, not of sight.

The Gospel Preached through Paul

So how did Paul claim that the Galatian church saw Christ crucified before their eyes as if it were publicly portrayed on a city billboard (προγράφω)? Perhaps he intended the symbolism of the Lord’s Table, where the cross takes form in visible symbol. But I doubt this explains it. Rather, Paul’s claim was that the Galatian church saw Christ crucified through the passionate, Christ-centered preaching of Paul. Through Paul’s impassioned preaching, the cross, though far off in time and space, drew close and present. Just how visually graphic Paul got in his preaching of the details of Calvary is not clear, but we do see here that Christ’s death became present to them—“so vividly and so impressively that his hearers imagined the matter to have happened right before their eyes.”1

It’s too hasty to write off these sermons as apostolic theatrics. Instead Paul’s sermonic depiction of the crucifixion of Christ was a feat of rhetography (or ekphrasis), the awakening of the pictorial imagination through intense descriptive powers so that the cross of Christ captured the Galatian Christian’s imagination with vivid force. Paul could only reflect on those moments by employing the optical metaphors of seeing, as though the spectacle of the cross was visually set before their eyes, even when it wasn’t.

Yet this great Spectacle remains invisible. It is a distinct mark of Christians, who do not merely look at what can be seen but who gaze into realms of unseen glory.2 By this faith we are filled with an inexpressible joy in Christ, a joy reminiscent of the joy of the first believers who physically saw Christ on earth.3 But for us, the cross is the pedagogy of faith, not of sight. At Calvary, “Satan triumphed visibly, but Christ triumphed invisibly.”4 This is why Bible movies and cinematic recreations of the cross add nothing to the spectacle of the cross and too often take away from it, leaving us with graphic imagery of a man’s defeat and physical torture but deflating the spectacle of its most striking glories—unable to depict for the screen Christ’s divinity or his unique work as atoning priest, wrath-bearing Savior, Passover lamb, crushed servant, Serpent smasher, cosmic warrior, forerunner of the second exodus, and alpha of the new creation.

Our world says that seeing is believing, but for us to behold the deep glory of the cross, we must see as God sees rather than as man sees. We treasure what is invisible, and that is perhaps the greatest source of the spectacle tension in this age and of the Christian life. The great spectacle of Christ crucified is a spectacle for the ear, not a spectacle for the eye. For faith comes not by seeing, but by hearing.5

This article is adapted from Competing Spectacles: Treasuring Christ in the Digital Age by Tony Reinke.

Will Your Phone Dominate Your Life in 2018?

As another new year begins, let's examine our habits, including our relationships to social media and our phones.

Jesus’s Path to the Cross: A 9-Day Devotional

Travel with Jesus through Scripture on his path to the cross, learning more about the people and places he encountered along the way.

Infographic: How Is Your Phone Changing You?