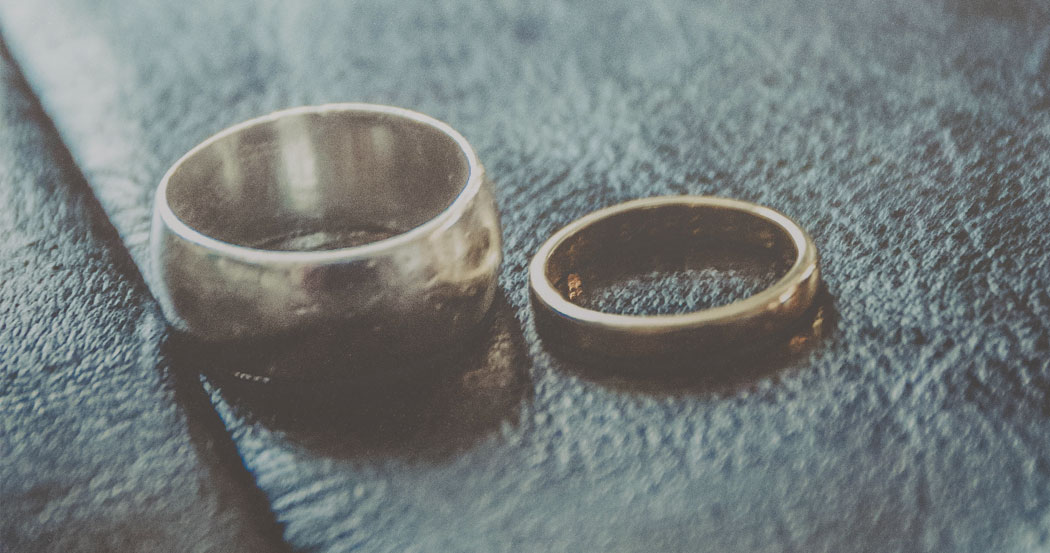 Should I Skip Marriage Altogether?

A common question that I am asked by some singles is, If I am concerned about serving God, might it not be the case that I can love and serve God better unmarried? Because if I can, then maybe I should give marriage a miss, and live a life of greater usefulness as a single man or woman?

This attitude is in refreshing contrast to a society which seems to think that we cannot be fully human without having sex. Even within our churches, it is unusual to have a positive view of the unmarried state. This is an irony for a religion whose founder never married and one of whose most significant apostles (Paul) did his pioneering missionary work as an unmarried man.

There is really only one thing that absolutely needs to be said: the whole duty and calling of every human being who has ever lived is to love God with heart, mind, soul, and strength. This is true for children and adults, men and women, marrieds and singles, for every race, language, and culture. This is the one absolute human obligation and calling every day of every life. We must love God. The only question is how we are going to love and serve God. And this is where marriage does make quite a difference. So let us explore the difference.

Four things need to be said.

1. Sex Makes No Difference to Our Relationship with God

Sex does not matter. It is very important to say this loudly in a society that thinks sex matters a lot. Neither the married nor the unmarried state is higher in any absolute spiritual sense. It is not more spiritual to be single, nor is it more spiritual to be married. Old Testament religion bent over backwards to keep clear blue water between it and the Canaanite religions, in which sex had religious significance. The priests and Levites were generally married, like everybody else. The only difference was that the rules for their marriages were just a bit stricter to avoid even a suspicion of sexual misconduct. Among the apostles, Peter was married (Matt. 8:14–15) and others (1 Cor. 9:5). All this is of no religious significance. Sex is not to be compulsory, as in Canaanite religion. But neither is it to be forbidden, as Paul makes clear in 1 Timothy 4:3 and also in 1 Corinthians 7:1–6 (where Paul vigorously disagrees with the suggestion that it is good for a man not to have sex with his wife). In terms of a person’s standing with God, therefore, it makes not a scrap of difference whether they are married or single.

In terms of a person’s standing with God, therefore, it makes not a scrap of difference whether they are married or single.

2. We Find Our Identity and Experience Love within the Family of God

Sex has no significance so far as getting close to God is concerned, nor is it the way to find fulfillment or friendship for ourselves in this age. Marriage is not God’s answer to loneliness; we are to experience love and belonging in the context of fellowship with God and fellow Christians. The single need not be lonely if our churches are fellowships of inclusive love. “Single” ought not to mean “solitary.” The unmarried ought not to be “singles” floating around the world alone, but rather—like the marrieds—men and women who belong in loving communities and fellowships, the family of God. If they are lonely, that may be because our church fellowships are not functioning properly to include them in natural warm fellowship and friendships. So often we hear of singles who are rarely invited to family meals or dinners, because it is always couples who are asked. This ought not to be.

3. Some Will Endure Not Being Married for the Sake of God’s Kingdom

The fact remains that not to be married is for most people a costly deprivation. I use the word “deprivation” deliberately. The Bible recognizes what we know in everyday experience: that sexual desires are right and natural. By sexual desires, I mean much more than just the intense physical longings, but also all the common and natural desires for marriage, home, and family. Not to be able to satisfy these longings is a costly deprivation that usually hurts a lot.

In Matthew 19:11-12 Jesus used the shocking word eunuch when speaking about this, and taught that “there are eunuchs who have been so from birth, and there are eunuchs who have been made so by men, and there are eunuchs who have made themselves eunuchs for the sake of the kingdom of heaven” (Matt. 19:12). Some are incapable of marriage by some physical or psychological incapacity they have had from birth. Others are incapacitated for marriage by something that happens to them: something in their nurture, perhaps, or their circumstances that prevents them from marrying. It may be simply that they never meet anyone suitable who wants to marry them. For whatever human reason, they do not marry.

And then there is a third category. Jesus gives three examples, but not because all three are equal in significance. He gives three so that the first two can build up to the third. (This is a familiar form in the Old Testament Wisdom Literature. We saw it in Proverbs 30:18–19 earlier, where the first three things are the build-up to the fourth.) Jesus’s emphasis is on this third category, because it is so shocking. The first two are, I suppose, fairly obvious (though of course sad). But his main point is the shocking one that for the sake of the kingdom of God some people voluntarily endure this deprivation; they deprive themselves of this natural blessing and the fulfillment of these natural desires. Jesus could have put this more softly simply by saying, “Some do not marry . . . ,” but he chose to use the horrifying metaphor of castration, to emphasize the costliness and pain of this choice. His point is that though marriage is good, remaining unmarried is sometimes necessary, as it was for him.

When Jesus finishes his saying about eunuchs with “Let the one who is able to receive this receive it,” we need to be clear what he means. It is unlikely that he means that only to some is given the spiritual gift of renouncing marriage, and that unless someone feels happy and comfortable with this choice, it is probably not for them. To “receive” or “make room for” a truth typically means to make room for the truth about Jesus. It is what a disciple does and what the world cannot do. The challenge to receive a truth is parallel to the challenge “Let anyone with ears to hear, hear.” So all disciples ought to receive this truth Jesus teaches.

The point is that all disciples need to make room in their thinking for the shocking possibility of not getting married, costly and painful though that would be. To be a disciple of Jesus means to put Jesus and his gospel and his kingdom absolutely first, above all else. All unmarried disciples ought to be open to this choice, because they understand how urgent and vital is the work of the kingdom of God. So, while we understand that sex in itself is of no significance in bringing us closer to God or taking us further from God, we also need to make space in our thinking for the costly fact that some disciples will renounce marriage for the sake of the kingdom.

Offering us a God-centered view of marriage, this book will help men and women experience the joy and fulfillment that result when a husband and wife focus on loving and serving God first and foremost.

If people think they can serve God better unmarried, it is probably because of what Paul teaches in 1 Corinthians 7. It is very important to be clear on what Paul is saying, and not saying, in his lengthy teaching about the married and unmarried states in this chapter. We focus here only on whether or not he thinks we can serve God better unmarried. We must remember first that in verses 1–6, Paul shows himself clearly in favor of marriage and of regular sex within marriage. Paul was never an ascetic, someone who thought deprivation was good for its own sake. And he was not hostile to sex (1 Cor. 7:2–5). He himself may well have been married (as just about all rabbis had to be) and subsequently widowed. And although he is not married now (as we know from v. 8 and from 1 Cor. 9:5), he no doubt experiences sexual temptation like anybody else. And in general he thinks it is for the best if men and women get married and then have regular sex within marriage.

Can I Serve God Better Unmarried?

So, can I serve God better unmarried? The general answer is no: neither better nor worse, but certainly differently. You will certainly serve God differently if you are married. You will devote your energies and desires to building a relationship of faithfulness that is a model and image of Christ’s love for his church, a love that overflows to others in loving service. God willing, you will devote your energies to the birth, growth, and godly nurture of children. And all this will take a lot out of you.

There will therefore be other ways in which you will not be able to serve God, but the unmarried will. Those other ways of serving need to be done. Some people need to do them, especially perhaps some ministries that involve endless travel, or some particular kinds of pioneering cross-cultural missionary work.

And for some, therefore, it will mean the costly and painful loss of marriage, sex, and human family. We should respect and pray for those who make this choice, and those for whom this choice is made, for whatever reason. We should pray that they will exercise sexual self-control and learn contentment outside marriage, as we ask them to pray for the marrieds that we too will exercise sexual self-control within marriage and learn contentment in our marriages. Neither is an easy option.

Choosing whether or not to get married is a matter of Christian freedom. Let no one tell you what decision to take. So long as your proposed husband or wife shares your faith, if you are a Christian, and so long as he or she is willing to marry you, you are free to marry. You will not be closer to God if you do, and you will be no closer to God if you don’t. You will not necessarily serve God better if you do, and you will not serve God better if you don’t, but you will most certainly serve God differently.

This article is adapted from Married for God: Making Your Marriage the Best It Can Be by Christopher Ash.