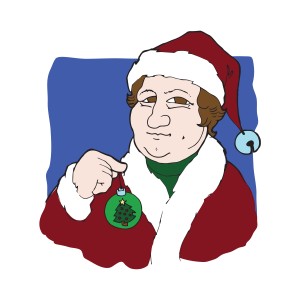 Martin Luther loved a good paradox. In the fall of 1520, he was a very busy man. He received the Papal Bull entitled “Exsurge, Domine,” which means “Arise, O Lord.” It called on Luther to recant. Instead, Luther had a big bonfire and burned it. He was also writing his Three Treatises, among them being The Freedom of a Christian (sometimes called On Christian Liberty). In this work Luther declares, in a paradox:

Luther also returned again and again to the paradox Christ spoke of in the gospels that whoever holds on to his life will lose it, while the one who loses his life for Christ’s sake will indeed find it (Matt. 16:25). Luther even ends the 95 Theses with a paradox involving false teachers who promise peace versus those teachers who preach the cross. But the paradox that seemed to captivate him the most was that of the first Christmas morn. The infinite God of the universe became an infant. The incarnation was for Luther like it was for Mary, an occasion to ponder all these things in his heart (Luke 2:19).

Everything about the birth of Christ struck Luther as a paradox of sorts. Mary, though poor and rather socially “insignificant,” was chosen. Bethlehem, “The City of David,” belonged to Christ, but there was no room for him to be found anywhere in it. The announcement of Christ’s birth came not to the noble and elite, as we might expect, but to the shepherds. Luther explores all of these paradoxes in his sermon on Christmas Day, 1530. “Is it not strange,” he asks, “that the birth of Christ occurs in cold winter, in a strange land, and in such a poor and despicable manner?” And he adds, “How could God have shown his goodness in a more sublime manner than by humbling himself to partake of flesh and blood?” This is the paradox that rather gloriously confounds us all: God became human.

The announcement from the angels that night was one that was a long time coming. The first peals of it were heard in a garden, the Garden of Eden. A seed, promised, would come to reconcile a fallen and sinful humanity to a holy and righteous God. And then the promise echoes through the Scriptures. Abraham and Sarah heard it. Naomi heard it. David, Naomi’s great-great grandson by marriage, heard it. And the shepherds were the first to hear of the fulfillment: A child has been born in David’s city who is our redeemer.

Salvation comes in and by and through an infant Son. This is more than a paradox, this is a miracle. And this miracle is the joy of the gospel and the true joy of Christmas. As Luther asks, “How is it possible for man to hear of greater joy?”

Looking for a great Christmas idea that will help you teach your kids about church history? Be sure to check out Church History ABCs: Augustine and 25 Other Heros of the Faith, written by Stephen J. Nichols and illustrated by Ned Bustard. 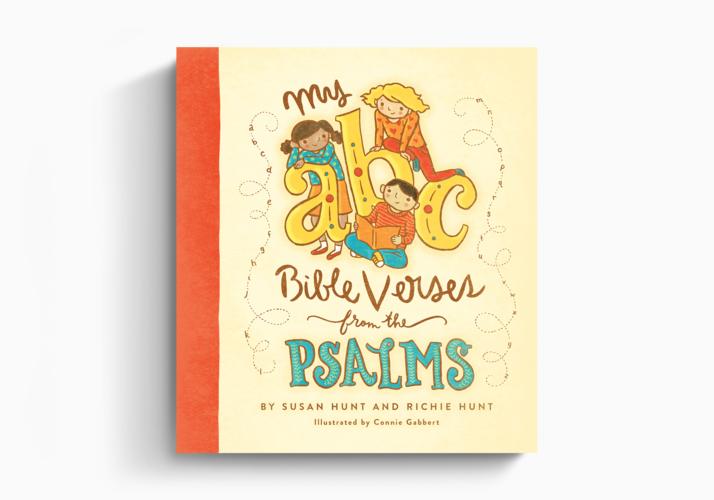 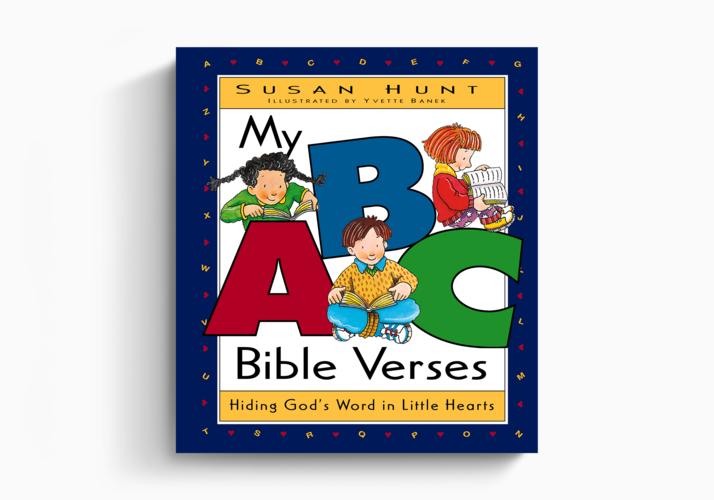 My ABC Bible Verses
Susan Hunt
Crossway is a not-for-profit Christian ministry that exists solely for the purpose of proclaiming the gospel through publishing gospel-centered, Bible-centered content. Learn more or donate today at crossway.org/about.