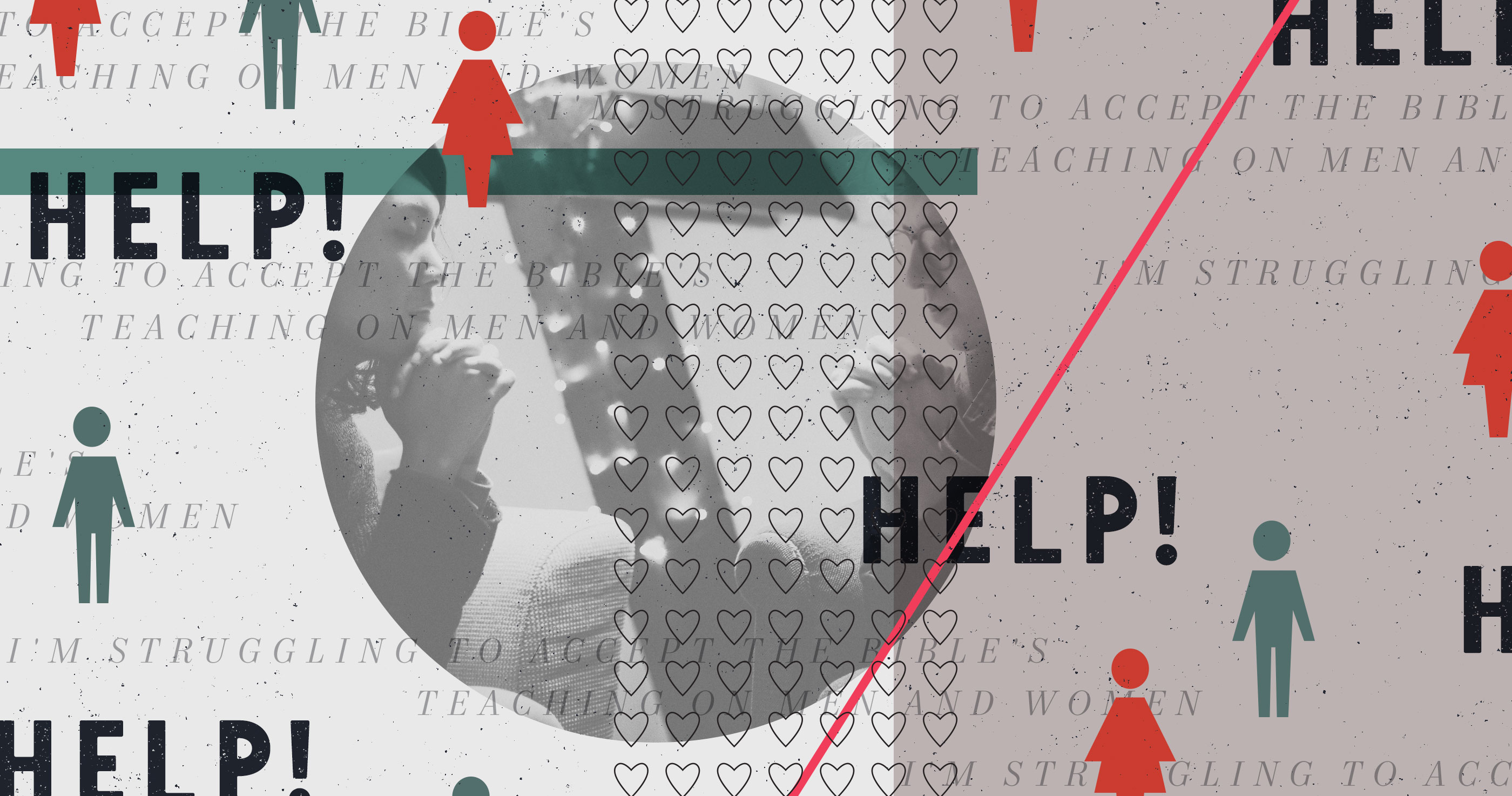 Experience has taught me that there are two ways to commend a vision of manhood and womanhood. One way has to do with rational argumentation concerning factual evidences. For example, an evangelical Christian wants to know, Does the Bible really teach this vision of manhood and womanhood? So one way of commending the vision is by patient, detailed, careful exegetical argumentation.

But there is another way to commend the vision. A person also wants to know, Is the vision beautiful and satisfying and fulfilling? Can I live with it? This is not a bad question. Commending Biblical truth involves more than saying, “Do it because the Bible says so.” That sort of commendation may result in a kind of obedience that is so begrudging and so empty of delight and hearty affirmation that the Lord is not pleased with it at all.

So there is a second task needed in winning people over to a vision of manhood and womanhood. Not only must there be thorough exegesis, there must also be a portrayal of the vision that satisfies the heart as well as the head. Or to put it another way: we must commend the beauty as well as the truth of the vision. We must show that something is not only right but also good. It is not only valid but also valuable, not only accurate but also admirable.

I intend to show that our vision of manhood and womanhood is a deeply satisfying gift of grace from a loving God who has the best interests of his creatures at heart. The vision is not onerous or oppressive. It does not promote pride or self-exaltation. It conforms to who we are by God’s good design. Therefore it is fulfilling in the deepest sense of that word.

The tendency today is to stress the equality of men and women by minimizing the unique significance of our maleness or femaleness. But this depreciation of male and female personhood is a great loss. It is taking a tremendous toll on generations of young men and women who do not know what it means to be a man or a woman. Confusion over the meaning of sexual personhood today is epidemic. The consequence of this confusion is not a free and happy harmony among gender-free persons relating on the basis of abstract competencies. The consequence rather is more divorce, more homosexuality, more sexual abuse, more promiscuity, more social awkwardness, and more emotional distress and suicide that come with the loss of God-given identity.

John Piper examines gender issues from a biblical perspective, showing how the teaching of true biblical manhood and womanhood affects the roles of men and women in the home, the church, and the wider society.

It is a remarkable and telling observation that contemporary Christian feminists devote little attention to the definition of femininity and masculinity. Little help is being given to a son’s question, “Dad, what does it mean to be a man and not a woman?” Or a daughter’s question, “Mom, what does it mean to be woman and not a man?” A lot of energy is being expended today minimizing the distinctions of manhood and womanhood. But we do not hear very often what manhood and womanhood should incline us to do. We are adrift in a sea of confusion over sexual roles. And life is not the better for it.

Ironically the most perceptive thinkers recognize how essential manhood and womanhood are to our personhood. Yet the meaning of manhood and womanhood is seen as unattainable. For example, Paul Jewett, in his very insightful book, Man as Male and Female, argues persuasively that maleness and femaleness are essential, not peripheral, to our personhood:

Sexuality permeates one’s individual being to its very depth; it conditions every facet of one’s life as a person. As the self is always aware of itself as an ‘I,’ so this ‘I’ is always aware of itself as himself or herself. Our self-knowledge is indissolubly bound up not simply with our human being but with our sexual being. At the human level there is no ‘I and thou’ per se, but only the ‘I’ who is male or female confronting the ‘thou,’ the ‘other,’ who is also male or female.1

He cites Emil Brunner to the same effect: “Our sexuality penetrates to the deepest metaphysical ground of our personality. As a result, the physical differences between the man and the woman are a parable of psychical and spiritual differences of a more ultimate nature.”2

All human activity reflects a qualitative distinction which is sexual in nature. But in my opinion, such an observation offers no clue to the ultimate meaning of that distinction. It may be that we shall never know what that distinction ultimately means. But this much, at least, seems clear: we will understand the difference—what it means to be created as man or woman—only as we learn to live as man and woman in a true partnership of life.4

Our vision of manhood and womanhood is a deeply satisfying gift of grace from a loving God who has the best interests of his creatures at heart.

The sexual turmoil of our culture is not surprising when we discover that our best Christian thinkers claim not to know what masculinity and femininity are, and yet acknowledge that these are among the most profound aspects of personhood that “condition every facet of one’s life”! How shall parents rear daughters to be women and sons to be men when even the leading teachers of the church do not know what manhood and womanhood are?

My conviction is that the Bible does not leave us in ignorance about the meaning of masculine and feminine personhood. God has not placed in us an all-pervasive and all-conditioning dimension of personhood and then hidden the meaning of our identity from us. He has shown us in Scripture the beauty of manhood and womanhood in complementary harmony. He has shown us the distortions and even horrors that sin has made of fallen manhood and womanhood. And he has shown us the way of redemption and healing through Christ.

To be sure, we see “through a glass dimly.” Our knowledge is not perfect. We must be ever open to new light. But we are not so adrift as to have nothing to say to our generation about the meaning of manhood and womanhood and its implications for our relationships. Our understanding is that the Bible reveals the nature of masculinity and femininity by describing diverse responsibilities for man and woman while rooting these differing responsibilities in creation, not convention.

When the Bible teaches that men and women fulfill different roles in relation to each other, charging man with a unique leadership role, it bases this differentiation not on temporary cultural norms but on permanent facts of creation. This is seen in 1 Corinthians 11:3-16 (especially vv. 8-9, 14); Ephesians 5:21-33 (especially vv. 31-32); and 1 Timothy 2:11-14 (especially vv. 13-14).7 In the Bible, differentiated roles for men and women are never traced back to the fall of man and woman into sin. Rather, the foundation of this differentiation is traced back to the way things were in Eden before sin warped our relationships. Differentiated roles were corrupted, not created, by the fall.5They were created by God.

This article is adapted from What’s the Difference? by John Piper. 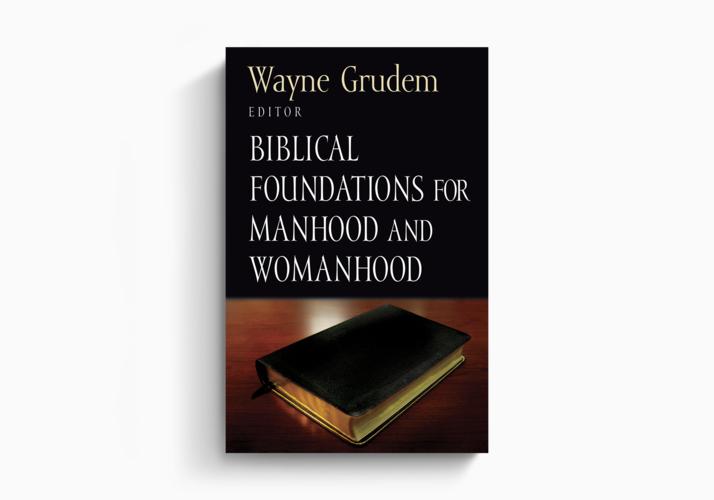 Biblical Foundations for Manhood and Womanhood
Wayne Grudem
Crossway is a not-for-profit Christian ministry that exists solely for the purpose of proclaiming the gospel through publishing gospel-centered, Bible-centered content. Learn more or donate today at crossway.org/about.