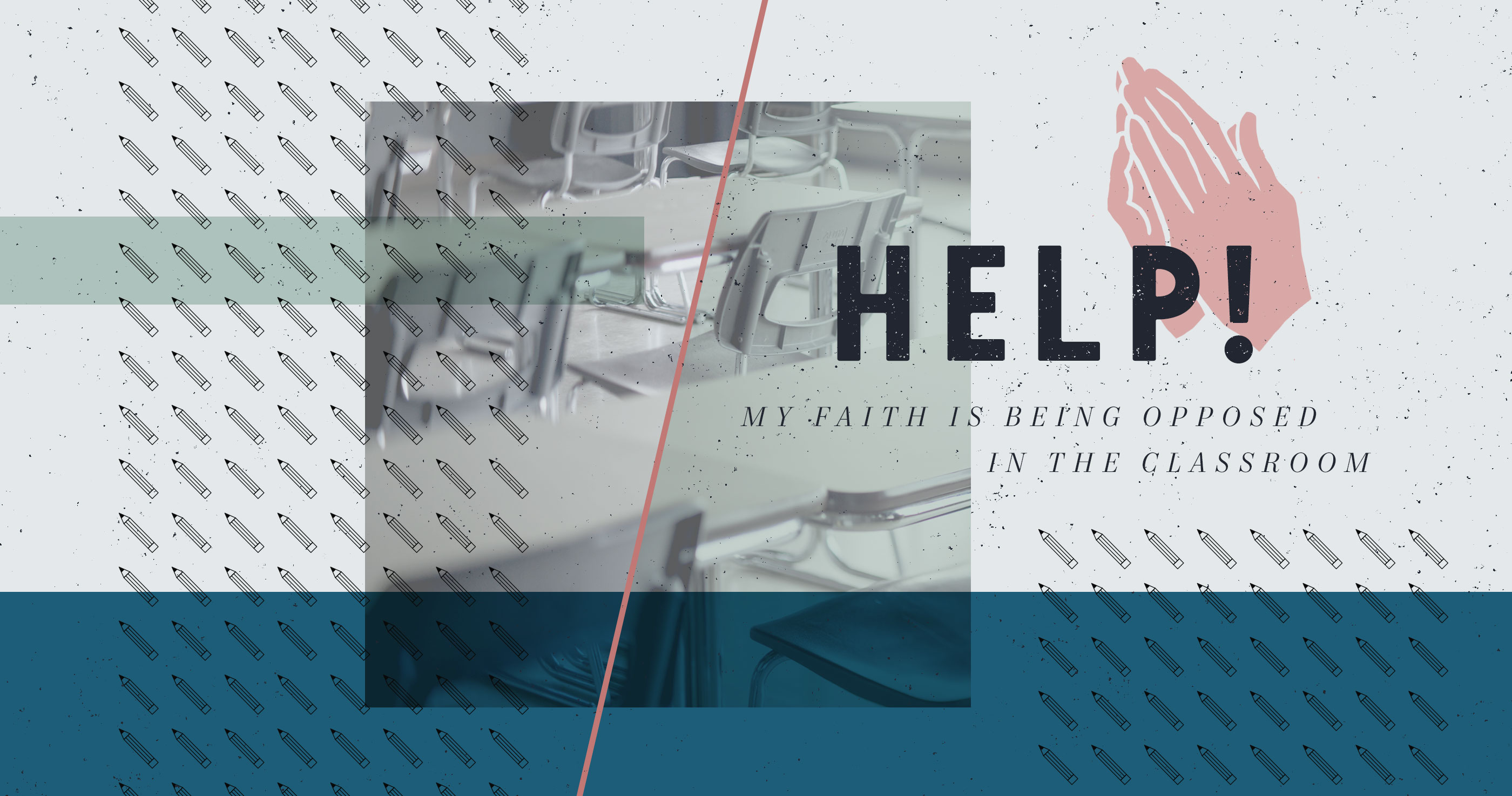 I was in high school the first time a faculty member openly mocked my faith. He was incredibly popular, partially because of his ability to fuel our budding teenaged angst with snide comments about authority. I had heard a rumor from friends that he had said some offensive things about Christianity in an earlier class, but I was unprepared for the deep crassness of his comments. I rarely participated in class discussions, but that day I took the bait and called him out on his behavior. He lit into me verbally, and I was reduced to tears, feeling embarrassed and ineffective. I felt like an outcast and, worse, a failure at defending my faith.

As I moved forward through my academic career, becoming a professor and, eventually, a university president, I personally experienced and witnessed more of these occurrences. Some were merely unprofessional comments, but others were outlandish assaults on outmatched students by arrogant professors who relished the abuse they dished out. I have heard Christians labeled as being “on the wrong side of history” for their “outdated” views. I have heard Christ-followers denigrated as mentally ill or emotionally defective. I have heard flippant equivalence made between Christianity and racism and sexism. I have watched believers be humiliated socially and intellectually in unconscionable ways.

Lays out the Christian vision behind a liberal arts education that carefully prepares students to pursue their calling.

Ah, but I also have seen amazing things happen when Christians think carefully about how to respond to conflict or opposition. Sometimes they have been able to speak into the minds and even the hearts of hardcore atheists and oppositionist academic leaders. Conflict can be an opportunity to be salt and light, particularly in academic settings.

When students come to me for advice, I first ask, “Is the issue really one of faith or one of your personal failing?” I have had many students admit, upon examination, that the conflict resulted from issues where they were at fault; late assignments, sloppy work habits, and even arrogance can sometimes elicit responses from faculty members that are cast as “anti-Christian” when in reality they are “anti-Christian-who-is-being-a-jerk.” We must be willing to engage in self-reflection and humility, asking if there is a fault in play that needs to be addressed. Humility goes a long way toward reducing a conflict’s energy and trust me, it is a rare commodity in academia, attracting notice when it occurs.

In dealing with conflict, prayer is a powerful aid, as God’s Spirit can go before us in ways that we do not always understand or perceive but that are powerful. Prayer not only yields courage, but sometimes prayer provides the serendipity of circumstance or even of words that can alter the path of a conflict.

Christ-followers can have incredible confidence in their abilities to articulate and defend their ideas when they tap into the great thinkers of history who have dealt with virtually every important or controversial idea that has faced humankind. This “Christian intellectual tradition” is the great cloud of intellectual heroes who have shaped the Western traditions of thought but also have shaped other cultural traditions as well. With a little research, you can find great thinkers who have wrestled with the transcendent and thorny issues both historically and contemporaneously. Students do not have to go it alone; they can partner with the writings of philosophers, scientists, ethicists, and apologists who have the academic credentials and public engagement that allows serious debate on controversial issues.

I highly recommend that students reach out to someone who is wise and experienced in dealing with conflict, whether that’s another college official, a mentor, or a pastor. Sometimes these advisors can provide a sounding board for plans, prayer partners, or even behind-the-scenes advocacy. The reality is also that sometimes conflict veers into challenges that require the assistance of an institution’s grievance process or even legal advice. Sometimes conflict is just conflict, but there are times when it is discrimination and requires authorities beyond those involved in a particular situation. This is a last resort, but sometimes it is the only resource when grades have been lowered illegitimately, punitive actions undertaken unjustly, or threats made recklessly.

One final note: While I have experienced unresolved conflict, I have also found that when my interlocutors sense that I am respectful or even loving in my interactions with them, it creates fresh opportunities to interact. I have been amazed to see how some would have a personal crisis arise and reach out to me for advice or assistance. I have cried with such persons, counseled them privately, and even prayed with them during stressful times. And I believe that those times are a part of how God has spoken into their lives and, I hope, will one day draw them to him, not only for their intellectual reconciliation but for their eternal transformation. God often uses the foolishness of men to reveal the wisdom of God. Occasionally this is the greatest miracle of all and being even a small part of this is an incredible experience.

Gene Fant, Jr. is the author of Liberal Arts: A Student’s Guide.

Gene C. Fant Jr. (PhD, University of Southern Mississippi) serves as the eighth president of North Greenville University in South Carolina and previously served as the chief academic officer at both Palm Beach Atlantic University and Union University. A sought-after speaker and prolific writer, he also serves as a board member and curriculum developer at the Impact 360 Institute, a leading worldview and leadership development program, and has been an evangelical influencer fellow at the Acton Institute. He and his wife, Lisa, have two adult children.