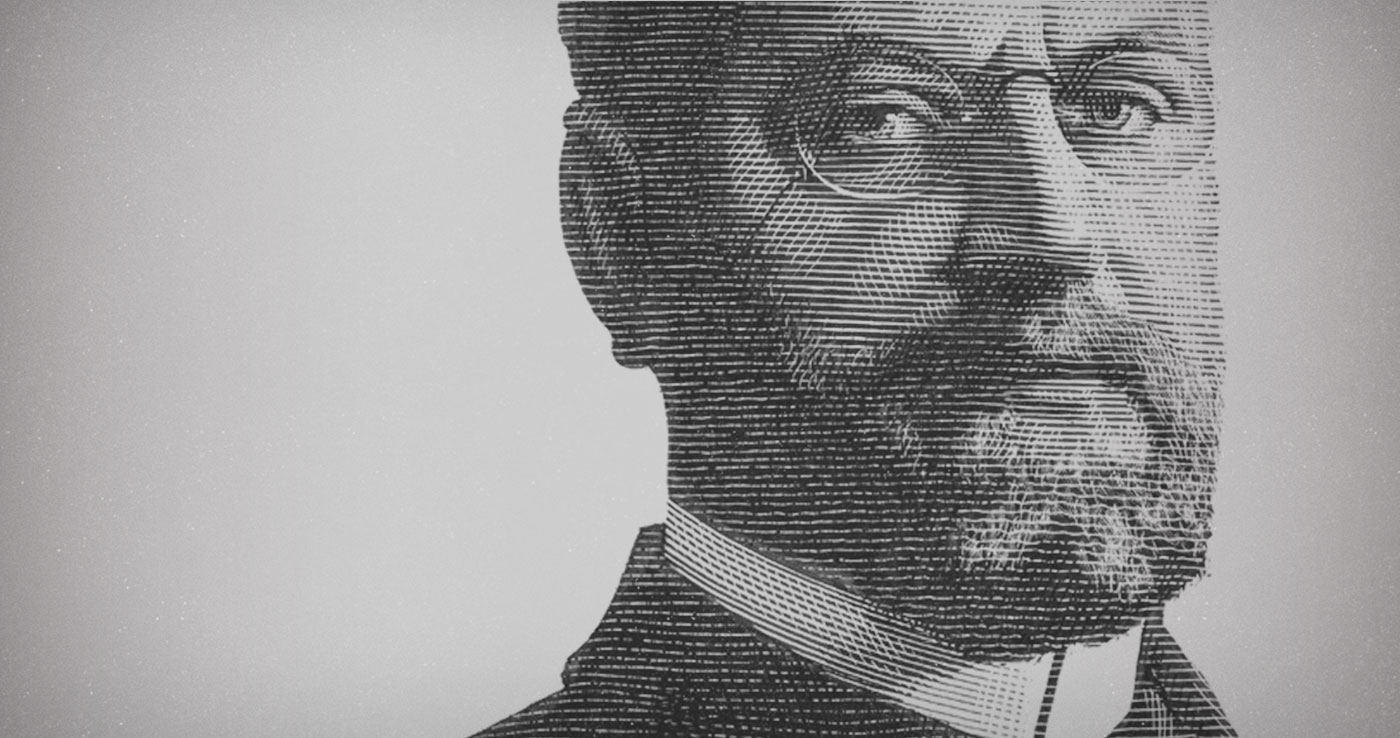 To the extent that Herman Bavinck is known among English-speaking, theologically aware people, he is known as a thinker and as the author of his four-volume Reformed Dogmatics. Now, no one can read the Reformed Dogmatics and fail to learn some important personal things about Bavinck the theologian.

Bavinck wrote theology with the church in mind; he prized evangelical piety; he did not disparage modern learning; he took a genuine interest in the world’s non-Christian religious traditions as important data for Christian theology; though he was firmly committed to the Reformed confessional tradition, his theological range was truly catholic. The greatness of his mind is evident.

But, what about the man, the Christian man? What is the relation between Bavinck’s understanding of the Christian life as it is expressed in his writings and his own life of Christian discipleship? Did he practice what he preached and taught? Does his own life stand up to the scrutiny of his own theology?

The answer, as I shall try to show in this brief look at Bavinck’s life, is an emphatic “yes!”

A Brief Overview of His Life

Bavinck grew up in a pious family home; his father was one of the leading ministers in the Secession Christian Reformed Church that had broken ties with the National Dutch Reformed Church in 1834 over concerns about doctrine and life. The church was a marginalized and even despised group in Dutch society, and, in the early years of its existence, members suffered for their faith. One would expect this group, passionate about right doctrine and holiness of life, to be serious and sober about the Christian life; its position in Dutch society did not encourage carefree living, frivolity, or leisure.

Even making allowances for the conventions of Victorian-era portraiture, the familiar portraits of Bavinck reflect this seriousness, perhaps even sternness. “Serious” is the right word to describe him. One might even be forgiven for perpetuating a stereotypical image by describing him as a somber-looking “Puritan.” Early biographers even spoke of his church community and the Bavinck home as characterized by a hostility to culture (kulturfeindlichkeit).

However, more recent biographers have challenged this perception, noting that the Bavinck home was far from all legalism and encouraged Christian freedom. Though he came to the ministerial vocation somewhat later in life, Herman’s father, Jan Bavinck, was a learned and cultured man, one of the first in his church to be nominated to teach at the denomination’s new theological school in Kampen in 1854, the year of Herman’s birth. The elder Bavinck was a man characterized by a healthy piety and openness to the best of human learning and culture.

We find confirmation of this openness in his response to Herman’s declared interest to study theology at the modernist University of Leiden rather than at the Christian Reformed Church’s theological school at Kampen. Herman’s expressed desire was “to obtain a more scholarly training than the Theological School was able to provide” and “to become acquainted firsthand with modern theology.” He was, nonetheless, aware of the spiritual struggle that awaited him, writing in his diary: “Shall I remain standing [in the faith]? May God grant it.” Noteworthy, here, is that his father and mother supported his decision.

God was with him and, to the great relief of the members of his Christian Reformed Church, he stood strong in his faith. After he completed his study period at Leiden in 1880, Bavinck’s reflection on those years captures the tension he felt: “Leiden has benefitted me in many ways: I hope always to acknowledge that gratefully. But it has also greatly impoverished me, robbed me, not only of much ballast (for which I am happy), but also much that I recently, especially when I preach, recognize as vital for my own spiritual life.”

Bavinck’s deep piety, nurtured in the churches of the Secession, is reflected in his tireless devotion to and labor in the Christian Reformed Church. Upon completing his doctorate in 1880, he turned down an appointment at Abraham Kuyper’s new Free University of Amsterdam to serve the Christian Reformed congregation in Franker, Friesland, where his brief pastorate of two years left an impression upon some of its young people that was remembered even forty years later and after his death in 1921. Not only did his ministry bring healing to a troubled and divided congregation, it was his compassion for those who were physically and developmentally disabled (described as “people often despised by the world as of ‘no account’’’) that left a lasting impression.

And then, pulled by his eagerness to use his academic gifts and training, Bavinck turned down a second request from Kuyper’s Free University to accept his church’s call to become a professor at the smaller, less well-equipped, and less prestigious Theological School in Kampen, where he labored with distinction for twenty years.

The Core of His Theology: Imitating Christ

I hope that the sketchy portrait I have painted thus far suggests to the reader that the imitation of Christ—following Jesus in faithful, humble service—is the heart of Bavinck’s understanding of the Christian life. That is indeed what the best and most recent scholarship on Bavinck claims.

Highlighting the practical nature of his theology and lessons from his approach to the Christian life, this book about influential theologian Herman Bavinck will help modern believers obey Christ and find joy in the gospel.

This is not to take anything away from the way his vision of Christ’s kingly rule parallels that of Abraham Kuyper; together they led the renaissance of the Reformed faith in the late nineteenth century that we call “Dutch Neo-Calvinism.” This did mean that Bavinck needed to distance himself from elements in his own communion that encouraged world-flight and antipathy to culture. In his magisterial address, “The Catholicity of Christianity and the Church,” he chided those who avoided the cultural struggles and even fled to North America:

Satisfied with the ability to worship God in their own houses of worship, or to engage in evangelism, many left nation, state and society, art and science to their own devices. Many withdrew completely from life, literally separated themselves from everything, and, in some cases, what was even worse, shipped off to America, abandoning the Fatherland as lost to unbelief.
He appreciates the desire to be faithful to Jesus in this posture but complains that “it is missing the full truth of Christianity. It is a denial of the truth that God loves the world. It is dedicated to conflict with and even rejection of the world but not to ‘the victory that overcomes it’ in faith.”

Bringing every thought captive to Christ—seeing the entire cosmos through the lens of a trinitarian confession—was an integral part of that victory. It is fitting to match Kuyper’s famous line about “every square inch belonging to King Jesus” with Bavinck’s more expansive quote:

The thinking mind situates the doctrine of the Trinity squarely amid the full-orbed life of nature and humanity. . . . The Christian mind remains unsatisfied until all of existence is referred back to the triune God, and until the confession of God’s Trinity functions at the center of our thought and life.

In addition to the Reformed Dogmatics, Bavinck’s many essays on science, psychology, pedagogy, and education all reveal how a gifted intellect sought to exercise his own call to follow Jesus.

And yet . . . Bavinck never left the core of his essential piety behind. He worried that the “success” of Kuyperian neo-Calvinism might lead to triumphalist worldliness and so he cautioned his fellow neo-Calvinists not to be too critical of the pietists in their midst (clearly he had his own Christian Reformed people in mind):

While these nineteenth century Christians [pietists] forgot the world for themselves, we run the danger of losing ourselves in the world. Nowadays we are out to convert the whole world, to conquer all areas of life for Christ. But we often neglect to ask whether we ourselves are truly converted and whether we belong to Christ in life and in death. For this is indeed what life boils down to. We may not banish this question from our personal or church life under the label of pietism or methodism. What does it profit a man if he gains the whole world, even for Christian principles, if he loses his own soul?

With all of Bavinck’s great learning and significant theological accomplishment, “This is what life boils down—Are we truly converted and do we belong to Christ in life and in death.”

It has been my distinct privilege to get to know and make available to others the gift of Bavinck’s great mind. For me, however, it is above all Bavinck the man—the Christian man—who challenges me and calls me to go deeper and higher as a follower of Jesus Christ. He preached and taught what he practiced.

John Bolt (PhD, University of St. Michael’s College) is professor of systematic theology at Calvin Theological Seminary in Grand Rapids, Michigan. He is the author and editor of several books. John and his wife, Ruth, have three children and nine grandchildren. 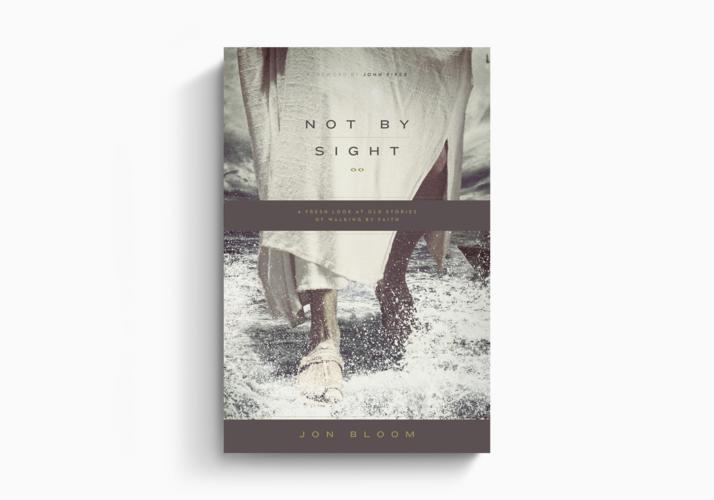 Not by Sight
Jon Bloom