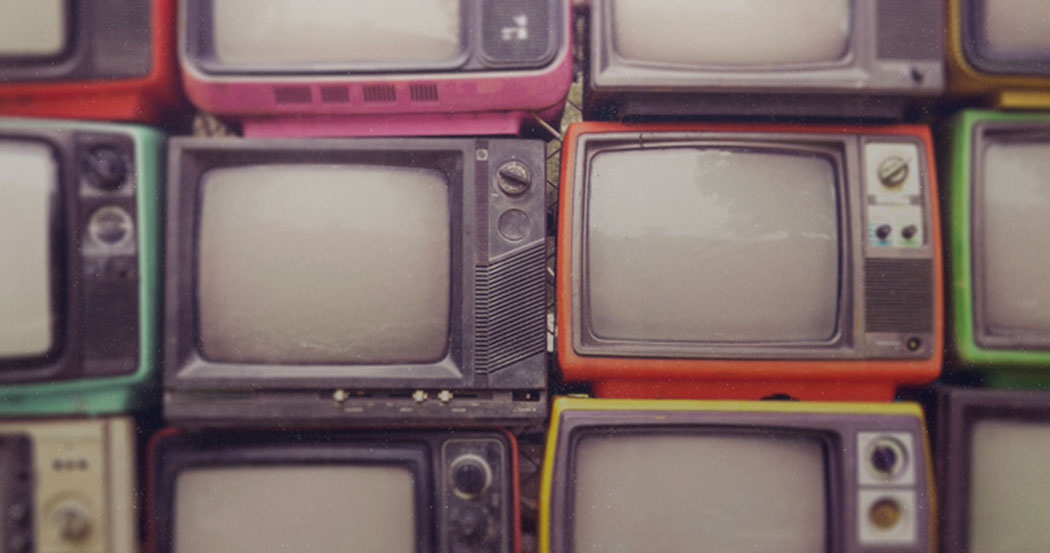 Art Is Long, Life Is Short

Sir Anthony Hopkins—widely considered one of the finest actors of all time—wrote a letter of praise to Bryan Cranston, the star of Breaking Bad, and told him that his "performance as Walter White was the best acting I have seen—ever." In case you didn’t know, Hopkins is an internationally acclaimed stage and film star with a career spanning nearly sixty years. He has played reserved English Butlers and psychopathic killers with equal finesse.

And Breaking Bad is just a TV show. A really long one.

People are always telling me, “Oh, you write on film and theology, you just have to watch Breaking Bad or Mad Men,” or some other TV show. I have always responded that I preferred serious literature or good movies. I dislike television. But it wasn’t always that way.

I grew up at the tail end of the ‘Golden Age’ of television. MASH, All in the Family, Taxi, and the Carol Burnett Show were family events; my weekday afternoons were spent supposedly gearing up to do my homework, usually by watching yet another rerun of Gilligan’s Island, Hogan’s Heroes, or Get Smart. Our family would sometimes go out to see a movie—and the longer the better! I never wanted those movies to end. In 1977, Star Wars was like a revelation to this thirteen-year-old. But TV shows—thirty commercial-punctuated minutes, an hour at best—were too short. The TV dramas I liked, like SWAT, Quincy, or The Rockford Files, were formulaic; they ran the same basic plot structure over and over, week by week. They were fun, but quickly bored me. Characters were static; storylines were boilerplate. Even as a young teen I could see that. My favorite things on TV were always the miniseries: Roots, Jesus of Nazareth, Shogun, Holocaust—stories that created an entire world to sink into. Even if that world was mystifying, or horrifying.

I loved stories, though I had no idea why. I read voraciously (except homework, which I was studious to avoid). When a favorite book ended, I turned back to the first page and started again. I dreamed of an imaginary, utopian future age when you could do that—on-demand reruns!—not just with books but with movies or TV shows, escaping their otherwise ephemeral and fleeting nature.

I remember seeing 2001: A Space Odyssey with my overly-cerebral dad as a young kid (an event which some might consider child abuse). Half of that film’s power was that you saw it once in the theater…and then replayed it over and over in your mind, along with all those Strauss waltzes. For years afterward, I fell asleep each night to images of slowly floating spacemen weightlessly pirouetting to the “Blue Danube.” I did not know then that the title of Kubrick’s film was derived from Homer’s great Greek Epic poem, which I had not yet read. But that shared title says everything, doesn’t it? An odyssey, a journey—a long one that takes time, effort, and costs a great deal. That’s what 2001 was. Balletic, poetic, mysterious.

And since movies were a one-off deal, I knew I’d never see it again, though it would live in my imagination.

Then, one day in my early teen years, thunder struck. I can still clearly recall seeing this advertisement in the TV Guide several years after seeing 2001 on the big screen: It was coming to TV! In my house! An NBC Big Event! (I did not know then what marketing was; I just saw the word “big” and believed it, implicitly). I looked at this 4" x 6" ad over and over during the week before the appointed day, thinking that the television in our faux-wood-paneled rec room would somehow capture the magic of the film as I had seen it on the big screen a few years earlier. Alas, it did not play well on our massive 16-inch TV. It was boring, plodding, dull. It was. . . too big for TV. I knew that intuitively, even as a young teenager. The really big stories are at the movies. TV is for sitcoms. Like novels versus short stories, in other words; limericks versus Homeric epic.

Fast forward from my youth in the 1960s and 1970s into the almost inconceivable technology boom of the twenty-first century. No 2001-style journeys into deep space, of course, but something much better! iPads1, wireless MP3 players, large-screen HDTV, and endless streaming video. Netflix—movies and TV on-demand, in high definition—an entire world of art and entertainment purchasable in monthly units for the price of a cheap meal. Almost unimaginable. During the same time frame, the latest incarnation of cable TV began to shift from nothing more than the miserable 24/7 news cycle and trash TV to a whole new genre: the extended series, soon-to-be-called "long-form" television. Better than a miniseries—a maxiseries!

My artist wife and I—married now almost thirty-three years—do not like TV. We have never watched broadcast, and we only had cable intermittently when there was some first-month-free deal, after which we quickly turned it off. News was depressing, and other offerings were too often either boring or simply crude. We just rented movies from Blockbuster if we wanted to watch something. But eventually that block got busted, and hard-copy video rentals went the way of the Model T and the Princess phone, and we were presented with Netflix. We were a bit surprised to find that Netflix sullied their collection of movies with television shows, too. Ugh. Joanne and I tend to love good film and to look down on TV. Movies can be art; TV is just lowbrow. It is like shuffleboard compared to the NFL, a local hike up a scrappy four-hundred-foot hill compared to Everest in winter.

Not so anymore. Much of the best film talent from Hollywood (Martin Scorsese, David Fincher, Steven Soderberg, and Dustin Hoffman, to name a few) has migrated from the highly limiting 110-minute film format to TV Land’s new, open-ended, "long-form" structure. The natural outgrowth of the long-running TV series and miniseries of the 70s, 80s, and 90s, "long-form" is the now hottest thing in the narrative entertainment world. Instead of a two-hour movie, or short-lived TV series, this "new genre," the progeny of cable and streaming services, features massively extended narrative structure (Breaking Bad is about forty-eight hours long, about the length of twenty-five movies). That kind of protracted narrative—rather like life itself—simmers along slowly and deeply develops characters and incidents through several years of episodes, drawing out viewer attention over a period longer than it takes to read a Russian novel. In Russian.

You have probably heard of—and maybe seen—some of these "long-form" shows, or massive movies, or whatever they are: Breaking Bad, Mad Men, Gilmore Girls, Downton Abbey. Many cultural critics trace this metagenre to The Sopranos (1999-2007). I like to shock people here in Los Angeles by stating that I have never seen a single episode of either The Sopranos or Seinfeld—two of the biggest TV shows of all time. Where I live—minutes from Hollywood—this is like admitting you don’t have an iPhone. Remember. . . I just don’t like TV.

So, you may be thinking, what does this have to do with theology and the Christian life? A lot, I would say. To find out why, click here for the next episode.

Notes:
1. If you think Kubrick’s 1967 sci-fi movie is antiquated in the age of the iPad, you should watch this prophetic clip from the film: https://www.youtube.com/watch?v=JQ8pQVDyaLo