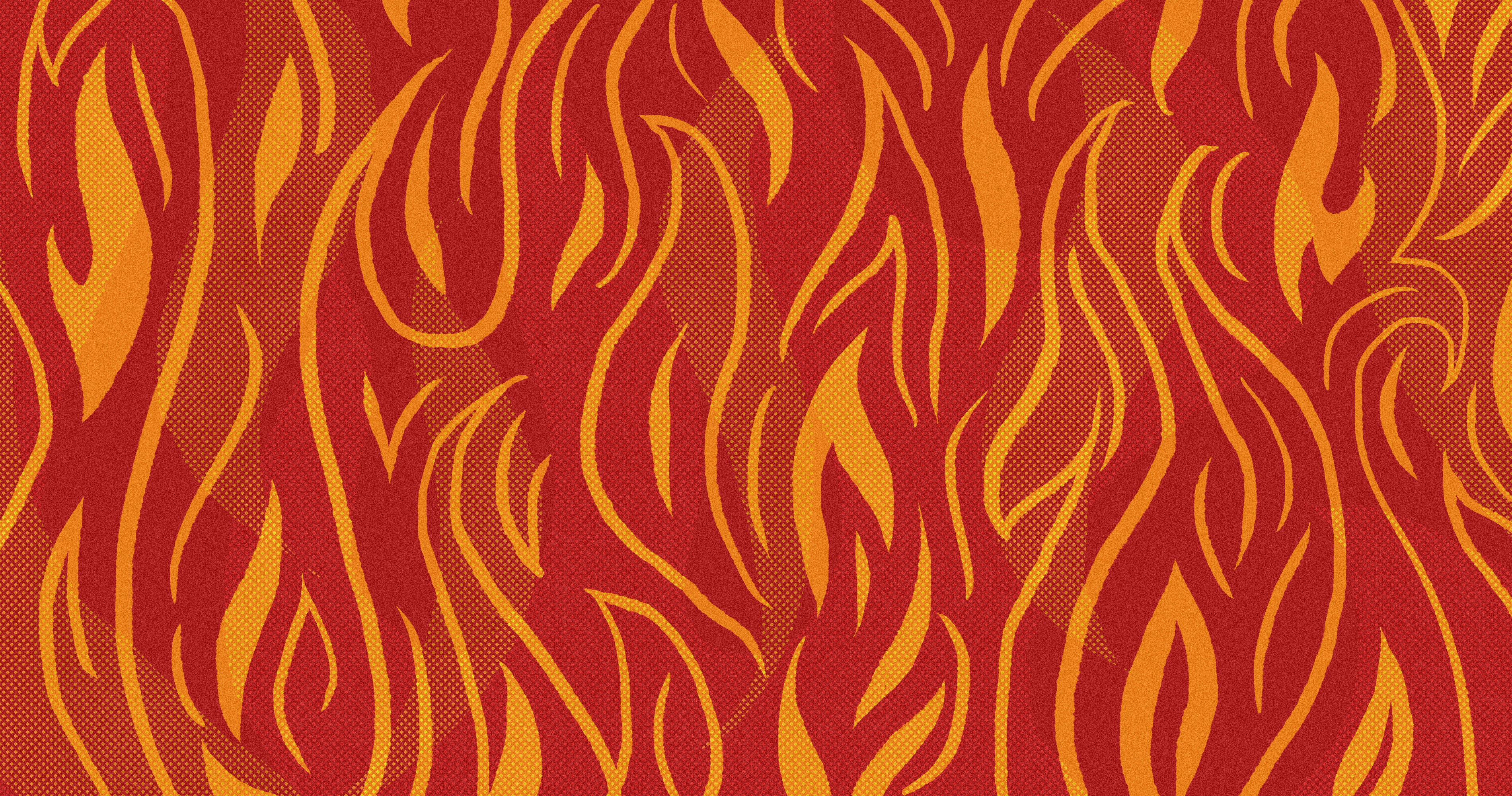 The idea of the wrath of God seems alien to us—a psychologically damaging relic from a bygone era. But just as we cannot absolve people of moral accountability without also erasing their ability to love, so God’s love and God’s judgment cannot be pulled apart. Think of the anger you feel when you see school children shot, women raped, or people beaten because of the color of their skin. Think of your anger at the slave trade, the Holocaust, and global sex trafficking. When you analyze that anger, its root is love. No one who regards those of other races as subhuman cares about racial exploitation. No one who believes that women or children are property cares about sexual abuse. And the more we love, the more easily our anger is kindled. We rush to defend our children from the least attack because we love them: anyone who harms them inspires our fury.

Imagine that this kind of love-motivated anger is so deeply entrenched in the heart of God that your own commitment to justice is like a drop in the ocean, like the justice of a child dressing up in a police outfit compared with a high-court judge. God is—as Hagar recognized—the God who sees (Gen. 16:13). God’s anger at the Holocaust, God’s anger at the slave trade, God’s anger at abuse and murder and cruelty and neglect was all poured out on Jesus on the cross. That was what he dreaded: not the nails in his hands.

But this alone does not explain the logic of the cross. Even if there is a world of sin to pay for, why would an outpouring of anger against a totally innocent man make a difference? Is this not the worst form of injustice? Before we can grasp the logic of the cross, we must understand who Jesus is in relation to God and who he is in relation to us.

First, according to the Bible, Jesus is not the passive victim of God’s wrath. He is God himself. Thus, on the cross, Jesus is both executioner and condemned. People sometimes associate God the Father with the Old Testament, seeing him as angry and vengeful, and God the Son—Jesus—with the New Testament, preaching love and mercy and forgiveness. But while God certainly acts in judgment in the Old Testament, he is also “merciful and gracious, slow to anger, and abounding in steadfast love and faithfulness” (Ex. 34:6). He is like a loving husband, extending mercy after mercy to his unfaithful wife (Isa. 62:4–5); like a nursing mother, clutching her infant (Isa. 49:15); like a father, lifting his little child to his cheek (Hos. 11:3–4). Conversely, while Jesus expounds God’s love and mercy again and again, he also hammers on God’s judgment more than any Old Testament prophet. And Jesus is clear: he is the one who will judge all humanity.

In the last book of the Bible, the tender, vulnerable metaphor used to depict Jesus as the sacrifice becomes an image of terrifying judgment. Revelation describes a time when people will say to mountains, “Fall on us and hide us from the face of him who is seated on the throne, and from the wrath of the Lamb, for the great day of their wrath has come, and who can stand?” (Rev. 6:16–17). The wrath of God is the wrath of Jesus, the Lamb. On the cross, the one perfectly righteous, perfectly loving, perfectly innocent man who ever lived faced the full force of God’s judgment, drank it down, and threw away the cup. In biblical shorthand, he went to hell.

Second, just as Jesus is not separable from the God whose wrath he faces on the cross, so he is not separable from us, if we but put our trust in him. The church is a metaphor for Jesus’s body and what that means for Christians in relation to each other. But a yet more vital implication of this truth is that if we trust in Jesus, we are as inseparable from him as our bodies are from our heads.

As I write these words, my fingers are typing. But they are not acting independently. If you find what I have written offensive, you cannot blame my fingers alone. The offense is mine. Likewise, Jesus is not a random bystander, hauled in to pay for our sin. If we have put our trust in him, he is our Head: every evil of our hearts has been laid on him and paid for by his death, and each of his beautiful acts of love is credited to our account. We have all rejected God and deserve his rejection in return. The choice we have is this: to face hell by ourselves or to hide ourselves in Christ.

The Real Meaning of Heaven and Hell

We tend think of heaven and hell primarily as places to be sent. Some imagine our destination depends on our deeds: if we are, on balance, “good people,” we can expect heaven, while bad people like Hitler and Stalin languish in hell. Others think Christianity sorts people into heaven or hell on the apparently arbitrary basis of their assent to certain statements. Those lucky enough to have been told about Jesus and credulous enough to believe he died in their place are sent to heaven. Those who have not heard, or have other religious preferences, or are simply too smart to believe this crazy story of a resurrected man are capriciously dispatched to a place called hell. But the Bible tells a different story.

Heaven, in biblical terms, is not primarily a place. It is a shorthand for the full blessing of relationship with God. It is the prodigal son come home. It is the bride being embraced by her husband with tears of joy. It is the new heavens and the new earth, where God’s people with upgraded, resurrection bodies will enjoy eternity with him at a level of intimacy into which the best of human marriage gives us no more than a glimpse. Heaven is home: an embodied experience of deep relationship with God and his people on a recreated earth.

In the classic Russian novel Eugene Onegin, a jaded aristocrat, Onegin, meets an innocent young girl in the countryside. The girl, Tatyana, writes him a letter, offering him her love. Onegin does not reply. When they meet again, he turns her down: the letter was touching, he tells her, but he would soon grow bored of marriage to her. Years later, Onegin enters a St. Petersburg party and sees a stunningly beautiful woman. It is Tatyana. But she is now married. Onegin falls in love with her. He tries desperately to win her back. But Tatyana refuses him. Once, the door was open: she offered him her love. Now it is shut.

If Jesus is the Light of the World, loss of Jesus means darkness.

For many of us, it is easy to reject Jesus now. Like Tatyana’s letter to Onegin, his offer is touching. But we believe we will be happier without such a commitment. We worry he will cramp our style, so we move on with life and leave him in the spiritual countryside. One day, the Bible warns, we will see Jesus in all his glory, our eyes painfully open to his majesty. We will know in that moment that all our greatest treasures were nothing compared with him, and we will bitterly regret that decision. But it will be no more unfair than Tatyana’s rejection of Onegin. If we accept Jesus now, we will live with him forever in a fullness of life we cannot imagine. If we reject him, he will one day reject us, and we will be eternally devastated. The choice is ours. But is it?

The possibility of unity with Christ unpicks one final knot in the human condition—a challenge that confronts Christians and atheists alike. Are we really free to choose at all? Sam Harris believes that free will is a delusion: a belief impossible to map onto reality. Christianity holds out an alternative. Yes, our actions are informed by our circumstances (experiential and neurological), but we are moral agents nonetheless.

We get a hint of this relationship in pregnancy. The child in my womb right now is truly alive, even though his life is utterly contingent on mine. He moves freely within my womb. But he does not control his location: where I go, he goes. Likewise, I am truly alive and truly free not independently from Jesus but enfolded in him. And just as escaping from me right now would mean not life to my child but death, so escaping from Christ would mean not freedom and life to me but a brief writhing before stillness. Enclosed in my body, dependent on my blood, protected by my immunity, and housed in my love, my son is, in a tangible sense, united with me. Because I trust in Jesus, I am similarly dependent on him. Where Jesus goes, I go. If he lives, I live. He died my death and took my punishment. He is my resurrection and my life.2

This article is adapted from Confronting Christianity: 12 Hard Questions for the World’s Largest Religion by Rebecca McLaughlin.