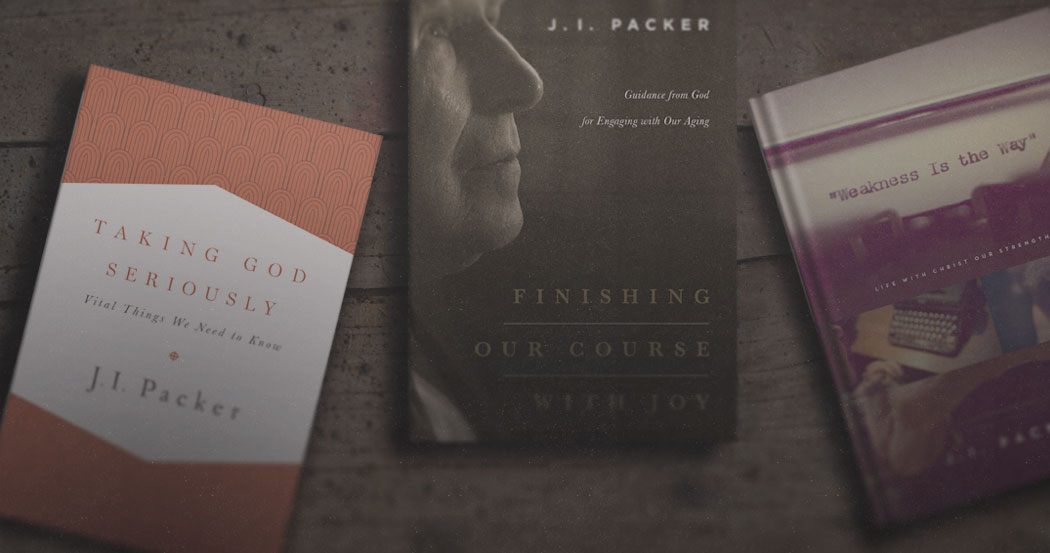 J. I. Packer’s writing career has been remarkable to say the least.

The author or coauthor of scores of books, his literary output—whether writing for the academy, church leaders, or lay Christians—has been truly prodigious and uniquely influential among evangelicals.

In J. I. Packer: An Evangelical Life, Leland Ryken summarizes the results of his efforts to total all of the books, essays, magazine articles, and pamphlets Packer has written over the course of his career:

Packer has written so much, and in so many different venues or formats, that it is impossible to answer the question of “how many” or even to compile a bibliography of his writings. Packer is so ministry oriented that it is even difficult to determine what counts as a publication, as distinct from a privately circulated piece or a denominational circular. . . . With the help of “an industrious secretary,” [Mark] Noll concluded that as of early 1995, Packer’s published books numbered one hundred sixty-five.

But then a complexity immediately arises: Packer is an absolute genius (aided by aggressive editors and publishers) at publishing books in both England and the United States with different publishers and sometimes under different titles. Additionally, Packer’s “fugitive pieces” (a term that Packer taught me) are not infrequently brought together later to form anthologies of essays on common subjects. Or parts of books are sometimes published as freestanding pamphlets. As with numbers of publications, any attempt to quantify the sales figures of books and pamphlets would be obsolete within a month. I propose that we rest content with the knowledge that Packer is an extremely prolific author.

However, even more important than Packer's prolific output as a writer is the way in which he has faithfully used his writing to build up the church. Ryken continues:

Packer was not interested in publishing as part of a career path. His writing was an extension of his Christian and evangelical identity. . . . Viewing the writing and publishing of articles as a ministry rather than as a scholarly “contribution to the discipline” (as academicians phrase it) never ceased to be Packer’s model.

For more on Packer as a writer, check out “A Brief Bibliography of the Writings of J. I. Packer” and “50 Books J. I. Packer Thinks You Should Read.”