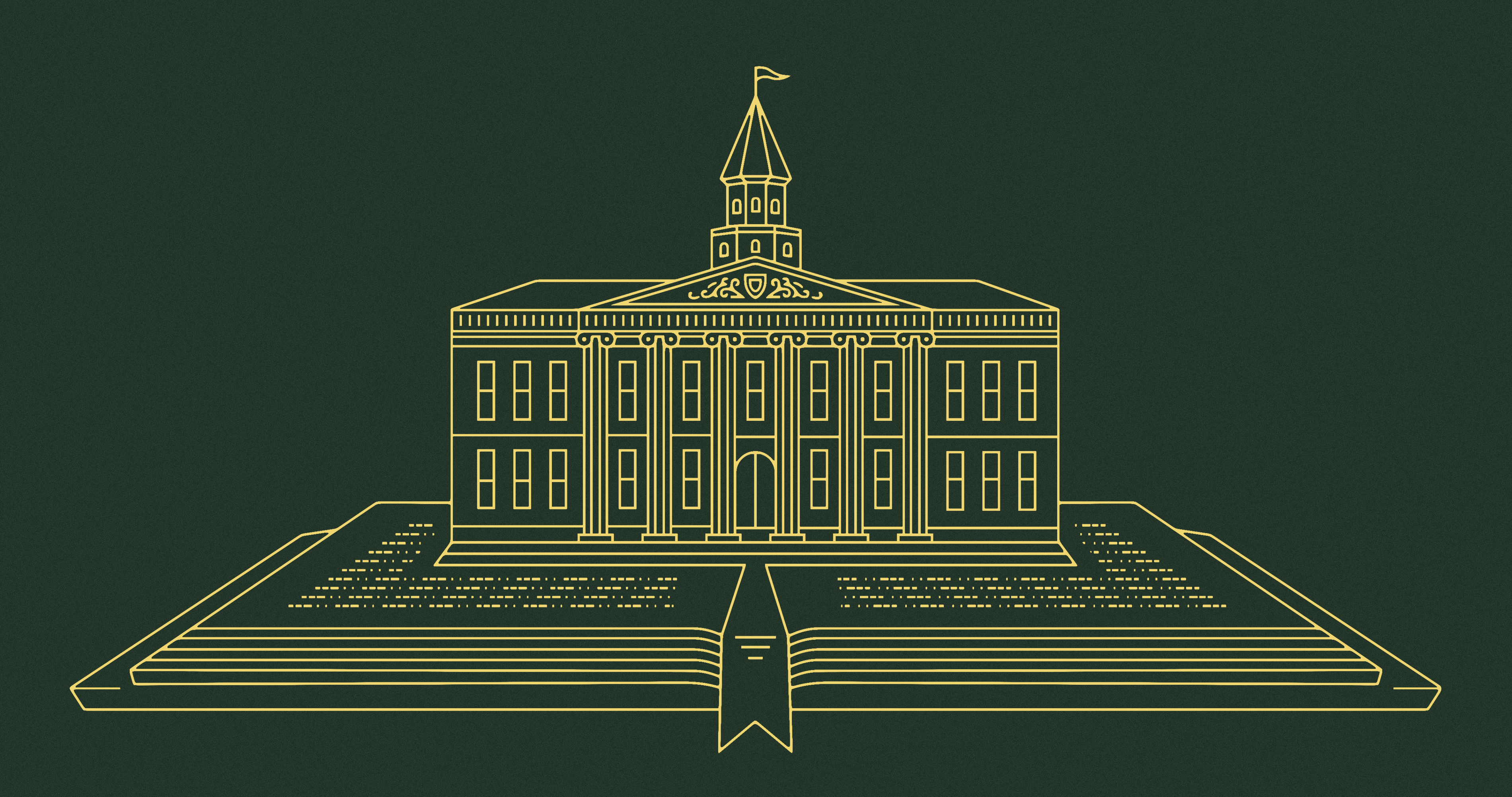 Recognizing the complexity and difficulty of the integrative task, several authors have attempted to provide guides for faculty, specifically identifying and defining various approaches to integrating faith and learning. Mark Cosgrove and Harry Lee Poe use different labels for these approaches, but their categorizations share some overarching points of commonality.1

One approach, described by Poe as “devotional” and by Cosgrove as “separate authorities,” views faith and learning as complementary sources of truth running parallel to but not truly influencing one another. Practically speaking, this approach typically emerges in the classroom through the use of biblical analogies and metaphors. As for other approaches, Poe uses “over-under” to describe the view of faith as a predetermined understanding of what kind of knowledge is possible based on a particular reading of Scripture. He finds this approach problematic because of the wide variety of influences on the individual scholar’s interpretive grid. Cosgrove labels his second approach “equal authorities,” a view that acknowledges the overlap of faith and learning but does not enable the scholar to dig deep enough to examine the philosophical underpinnings of a given academic discipline. The final approach described and embraced by both Poe and Cosgrove—labeled “critical engagement” and “foundational authority,” respectively—allows the scholar to ask ethical, philosophical, and theological questions. It uses the integrative task as a filter to evaluate the content of the academic discipline and can change how the scholar thinks. The overarching agreement for both Poe and Cosgrove is that the latter approach most accurately represents the integrative task that is at the heart of Christian higher education.

Twenty-nine experts from a wide variety of fields and institutions have come together to offer a renewed vision for the value of a distinctly Christian approach to higher education.

In an influential article often shared with faculty members as a guide for integrating faith and learning, William Hasker categorizes approaches to the integrative task in a slightly different way.2 Rather than describing various approaches in terms of how faith relates to learning in general terms, as both Cosgrove and Poe have done, Hasker focuses instead on whether the scholar primarily finds agreement or tension between them. For Hasker, scholars who take a compatibilist approach to integration feel comfortable with both their faith and their academic disciplines, essentially seeing no real tension between them. Thus, their primary task as Christian professors is to uncover for themselves and for their students the points of unity that already exist. Scholars who take a transformationist approach to integration find the relationship between faith and learning more problematic than the compatibilists. While they find some points of intersection, they also see the academic discipline as lacking in Christian perspectives that are important to them. Their task, then, is to transform the content into one with a Christian orientation. Finally, for Hasker, the reconstructionist scholars see deep anti-Christian presumptions embedded in their academic disciplines, causing them to completely re-create their discipline from a Christian foundation that uses entirely different methodologies and points of inquiry. While Hasker sees value in all three approaches as he has defined them, he, like Cosgrove and Poe, urges integrationists to honestly examine the relationship between Christian faith and academic content, something that occurs more readily in the transformationist or reconstructionist approaches than in the compatibilist.

However, even if we agree with Cosgrove, Poe, and Hasker that such deep analysis is a more rigorous and genuine approach to integration, we still find differences within evangelical Christian academia in how such analysis is carried out. From her experiences of teaching in Christian colleges, psychology professor Mary Stewart Van Leeuwen identifies two typical approaches among Christian scholars.3 An objectivist view relies on the belief that one can progressively uncover the truths embedded in the world created and sustained by God. At the risk of oversimplifying, we could say that a scholar using this approach will relentlessly pursue academic knowledge with the confidence that in the end biblical principles will be self-evident. In this way, an objectivist sounds somewhat similar to Hasker’s compatibilist approach.

On the other hand, for Van Leeuwen, a perspectival approach insists that all scholars engage in academic work with an inherent bias based on their prior experiences and influences. Thus, perspectival scholars hold to the belief that their Christian perspectives come first in the integrative task, providing a lens through which they study and explore. By identifying these two approaches to integration within evangelical Christian higher education, Van Leeuwen is touching on the vital importance of the scholar’s epistemology and hermeneutics, not coincidentally an enterprise that is at the heart of theological study. Simply speaking, epistemology is the study of how we know what we know, while hermeneutics is how we interpret what we know. Since knowledge is our currency in academia, it should come as no surprise that different approaches to integration stem from different views of epistemology and hermeneutics. Often these views are simply assimilated and assumed by Christian scholars rather than clearly understood and deliberately chosen. In the end, Van Leeuwen sees value in having both approaches represented within evangelical Christian higher education, even though she readily identifies as a perspectival scholar. In this way, she echoes Arthur Holmes, who insisted that “metaphysical objectivity is perfectly compatible with epistemological subjectivity,”4 urging those committed to the integrative task to find a way to embrace both.

Christian scholars must demonstrate a deep humility before a sovereign God before they can learn anything.

We must acknowledge, however, that evangelicals, including Holmes, have relied more heavily on the perspectival approach to the integration of faith and learning. In doing so, they encourage scholars to examine the epistemological and hermeneutical assumptions of academic disciplines through the lens of a Christian worldview.5 This worldview approach draws from the nineteenth-century Dutch reformer Abraham Kuyper, whose views have shaped Reformed theology and have influenced evangelical scholars especially in the past few decades. Kuyper emphasized the doctrine of God’s sovereignty over the entire world and insisted on the perspective or subjectivity of the Christian scholar while also believing in the doctrine of the total depravity of humans. Logically, then, if Christian scholars are basically sinful, even though learning is mandatory, it is also subject to self-delusion and distortion. Therefore, Christian scholars must demonstrate a deep humility before a sovereign God before they can learn anything. But as they do so—and because they have been redeemed—Christian scholars produce an entirely different scholarship than do nonbelievers. For the Kuyperian, “a Christian mind, born of the Spirit, is a mode of privileged cognitive access to dimensions of the world, humanity, and God.”6

This kind of integrative work relies heavily on the integrator’s biblical literacy and facility with theological doctrines. Specifically, one must understand basic beliefs about the character of God, the origin and nature of humankind, and the purpose of life. Drawing from this knowledge, one can ask a few key questions. What view of humankind does this academic discipline assume? How then does that either conform to or conflict with a biblical perspective? What view of God is underpinning this academic content? What view of the origin of life and the afterlife does this content imply? How does this content define “the good life”? How does this content either fit into the Christian metanarrative of creation-fall-redemption-consummation or conflict with it? What biblical stories or principles would be important to consider as examples or counterexamples related to this content? What makes this content different from a Christian perspective?7

This article is adapted from Christian Higher Education: Faith, Teaching, and Learning in the Evangelical Tradition edited by David S. Dockery and Christopher W. Morgan.

Laurie Matthias (EdD) is associate provost of teaching and learning at Trinity Western University. She previous spent 12 years as an education faculty member at Trinity International University in Deerfield, IL.

How Education Can Bring Renewal to the Church

When disciplined learning tells the Christian story in a fresh way, history has shown that vibrant expressions of faith result.

Liberal Arts for the Christian Life
Jeffry C. Davis, Philip Graham Ryken
Crossway is a not-for-profit Christian ministry that exists solely for the purpose of proclaiming the gospel through publishing gospel-centered, Bible-centered content. Learn more or donate today at crossway.org/about.