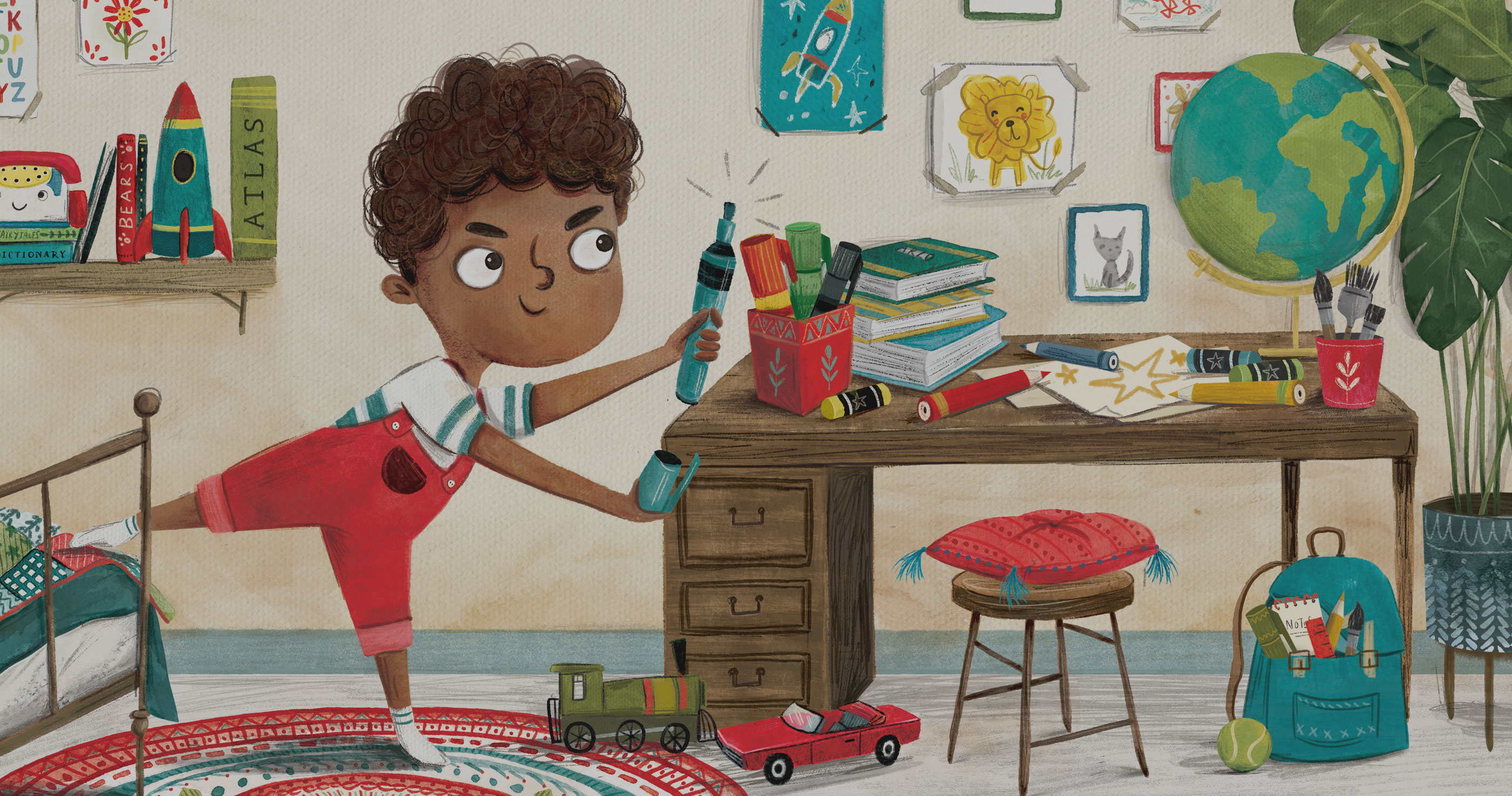 Nathan could have handled his showdown with David differently. He could have told the king that he knew all about Bathsheba and Uriah. He could have quoted the Ten Commandments. Instead, he told King David a story.

Nathan’s story of the poor man with the pet ewe lamb caught David’s imagination. Perhaps he had his own favorite lamb during his days as a shepherd. He could imagine what it would feel like to have a treasured possession ripped away by someone who had more than enough and could never appreciate the value of what was stolen. His imagination engaged his emotions, and the story made David angry.

By the time Nathan got to the big reveal—“You are the man!”—David was emotionally invested. He was repulsed by the heinousness of the rich man’s sin before he realized it was the sin springing from his own heart. And he repented.

The account of Nathan’s confrontation with David shows how stories can serve God’s purposes by making our hearts feel the way they ought to feel about sin. Stories—from the Bible, from history, or made up from someone’s imagination—are powerful aids to moral formation.

Moral Formation Is Not Moralism

Before considering how stories contribute to moral formation, perhaps we should back up and ask what moral formation is. If there’s a dirty word in the Reformed evangelical world, “moralism” is it. We rightly contrast moralism with the gospel. Moralism is a form of self-salvation by which we follow the law and make ourselves worthy of God’s love. The gospel is the good news that while we were sinners, Christ died for us, paid for our sins, defeated death, and will take us to live with him forever. It teaches that salvation is by grace, through faith, and nothing we can do can earn God’s love; it is given because of what Christ has done for us.

We should recoil at moralism, but not moral formation. To even understand the difference between moralism and the gospel, you have to understand what sin is. Without some understanding of what is right and what is wrong, we wouldn’t know our own need for a savior. 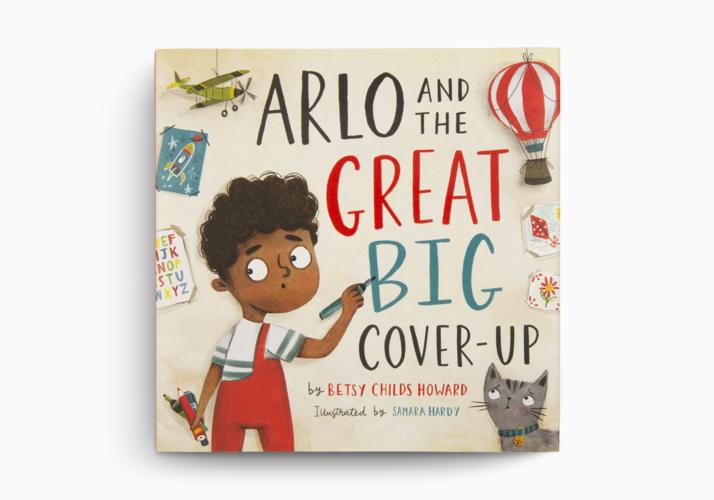 Arlo and the Great Big Cover-Up

In easy-to-understand language and engaging images, this storybook shows children ages 3–7 the freedom that comes through confessing sin rather than trying to cover it up. A TGC Kids book.

Beyond simply giving children an understanding of their need for salvation, moral formation helps us learn to live the life our Creator intended for us. Moral formation involves teaching children that they can’t trust their feelings to determine what is right and wrong. God has given his redeemed people his word and his commands to show us what is good, and they should guide our lives. We can never perfectly fulfil the moral law of God, but following his commands in the power of the Holy Spirit will bring delight to God’s children—and to God (1 Thess. 4:1).

Some stories are moralistic in a way that hinders moral formation rather than furthering it. Stories in which good is always rewarded and bad is reliably punished do not reflect the way the world is. Likewise, stories that only feature characters doing what is right are unlikely to be helpful in furthering a child’s moral formation, in part because such stories are boring. (In most cases, parents needn’t be afraid that children will pick up bad ideas from naughty characters they read about. Children are quite capable of coming up with bad ideas on their own.)

In contrast, stories that aid in moral formation don’t divide characters strictly into good and evil categories. Often, they will show the “good” characters (those we identify with and root for) make bad decisions and then repent of them. This sort of storytelling is wholly compatible with the gospel and helps children learn both about right and wrong as well as repentance and reconciliation.

Stories Help Us Feel the Way We Ought

When it comes to moral and spiritual formation, stories uniquely help us see and feel the true effects of sin.

C. S. Lewis wrote about how stories, like his own Chronicles of Narnia, can help children understand the truths of the faith on a deeper level:

I saw how stories of this kind could steal past a certain inhibition which had paralyzed much of my own religion in childhood. Why did one find it so hard to feel as one was told one ought to feel about God or the sufferings of Christ? I thought the chief reason was that one was told one ought to. An obligation to feel can freeze feelings. And reverence itself did harm. The whole subject was associated with lowered voices; almost as if it were something medical. But supposing that by casting all these things into an imaginary world, stripping them of their stained-glass and Sunday School associations, one could make them for the first time appear in their real potency? Could one not thus steal past those watchful dragons? I thought one could.1

If you asked a ten-year-old raised in a Christian home whether it was a bad thing to deny Christ, he would likely give the right answer. But if instead you read to him The Lion, the Witch, and the Wardrobe, he would experience Edmund’s tragic betrayal of Aslan, followed by his remorse and redemption. The story will have expanded his moral imagination so that “denying Christ” (or Aslan) is less of an abstract concept.

Likewise, read the novels of Charles Dickens, and you are likely to develop a healthy fear of debt. You can sit down with a teenager or young adult, do some math with him, and he will cognitively understand that living beyond your means is unwise. But if he reads Great Expectations and watches Pip’s slide into financial delinquency, he will have an emotional understanding of the dangers of debt.

Having an expanded moral imagination doesn’t mean that children or adults will necessarily make the right choice when faced with temptations, but it does mean that we will have additional evidence to combat the lies of the world, the flesh, and the devil.

Beyond simply giving children an understanding of their need for salvation, moral formation helps us learn to live the life our Creator intended for us.

Stories are Springboards for Discussion

Even after a book is closed, a child will relive a story over and over again in his or her imagination. Children remember what has been read to them, and stories can be referenced later when relevant. (“Remember what happened when Peter went into Mr. McGregor’s garden?” in the stories of Peter Rabbit or “When you whine like that, you sound just like Eeyore!” from Winnie the Pooh.)

Many parents have had the experience of getting half-way through reading aloud a library book only to realize the book is teaching a worldview contrary to Scripture. In such a case, rather than slamming the book closed or pretending they never read it, parents can start a conversation with their child about what the book is saying and how it differs from God’s truth. Children will be encountering unscriptural worldviews for the rest of their lives; there is no reason to wait to teach them discernment as they read.

Moses commanded parents to diligently teach God’s commands to their children, “when you sit in your house, and when you walk by the way, and when you lie down, and when you rise” (Deut. 6:7). We needn’t restrict our conversations about God and his word to family devotions; bring them to story time at the library, on road trips listening to audiobooks, and when you read aloud before bed.

All children are being formed morally by the stories they read and hear, whether or not their parents intend it. If you browse the picture book shelves of a bookstore or library, you will find book after book that teaches moral relativism, fluid gender identity, and expressive individualism.

For example, Red: A Crayon’s Story is the engaging tale of a crayon that only writes blue even though everyone else insists that it should write red. Finally, it discovers it’s been labeled with the wrong paper, and was a blue crayon all along. The book is a thinly veiled attack on the belief that sex and gender are determined by biology. Or take Not Your Typical Dragon by Dan Bar-el, a story about a dragon who finds freedom by shaking off the expectations of everyone around him in order to be true to himself.

Being true to yourself and no one else is the dominant message our culture sends to children. Rare is the call to sacrifice or to put others before yourself. In contrast, Christian parents should want their children to love God above all and love their neighbors as themselves.

The calling to raise children to love God and hate sin is daunting, and Christian parents should avail themselves of all the help they can get. We will be far more effective at reaching children’s minds and hearts if we intentionally seek to shape their moral imaginations through good stories.

Betsy Childs Howard is the author of Arlo and the Great Big Cover-Up.

Betsy Childs Howard (MA, Beeson Divinity School) is an editor for the Gospel Coalition. She is the author of Arlo and the Great Big Cover-Up and Seasons of Waiting. Betsy lives with her family in Manhattan, where her husband pastors Good Shepherd Anglican Church.

Introducing a New Podcast for Families

Over the course of 26 episodes (each 3-5 minutes in length), listen to the grand story of the Bible as a family with this new podcast for families. 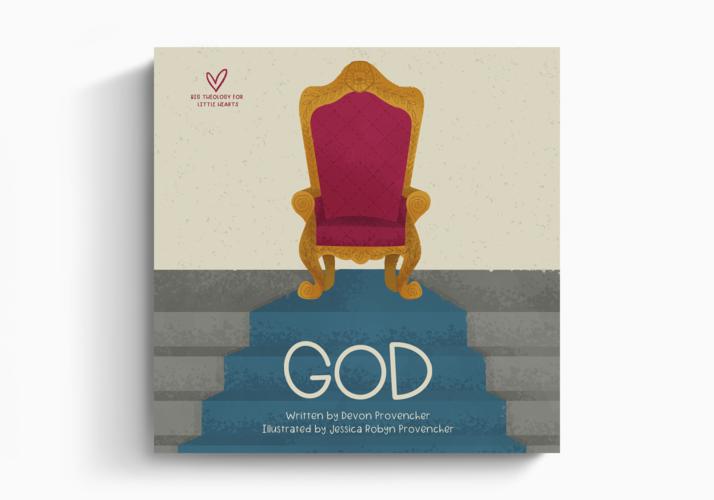 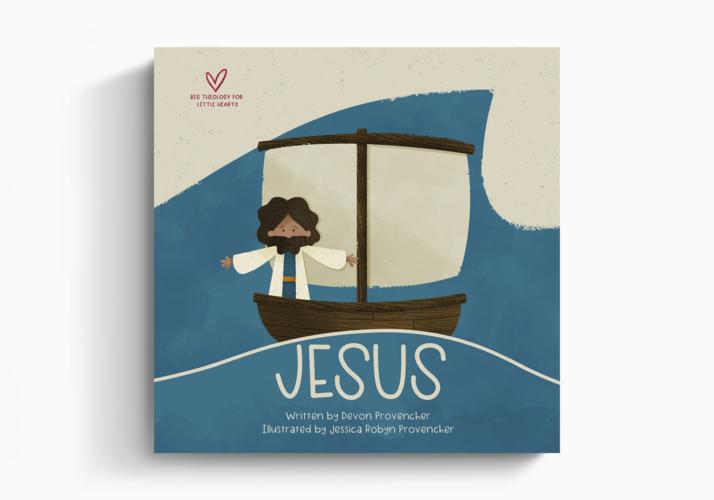 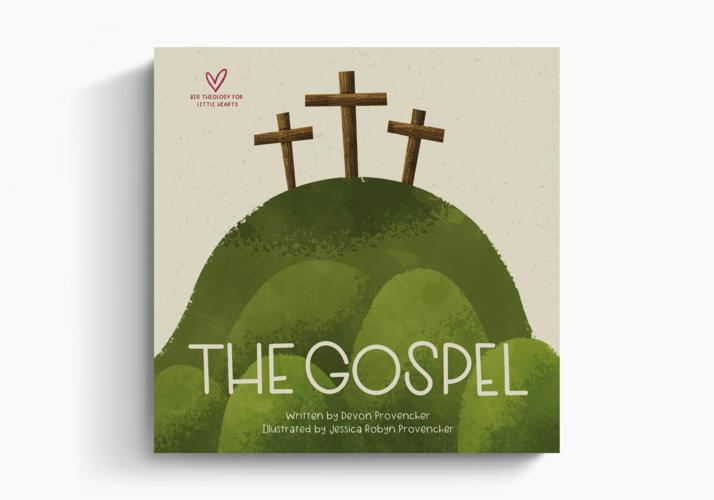 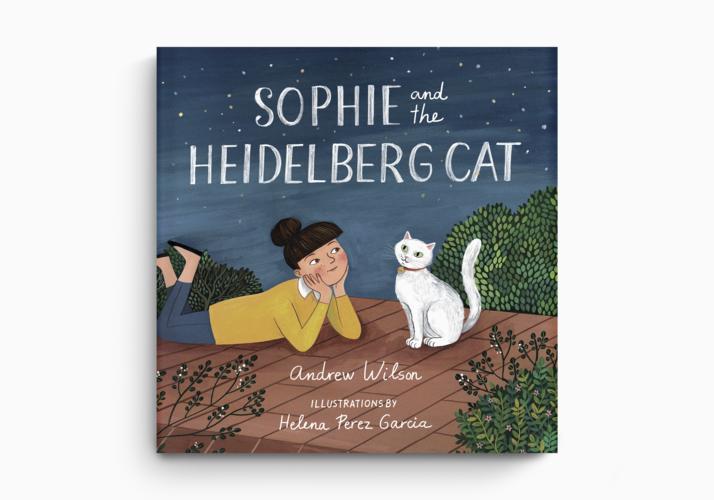 Sophie and the Heidelberg Cat
Andrew Wilson
Crossway is a not-for-profit Christian ministry that exists solely for the purpose of proclaiming the gospel through publishing gospel-centered, Bible-centered content. Learn more or donate today at crossway.org/about.