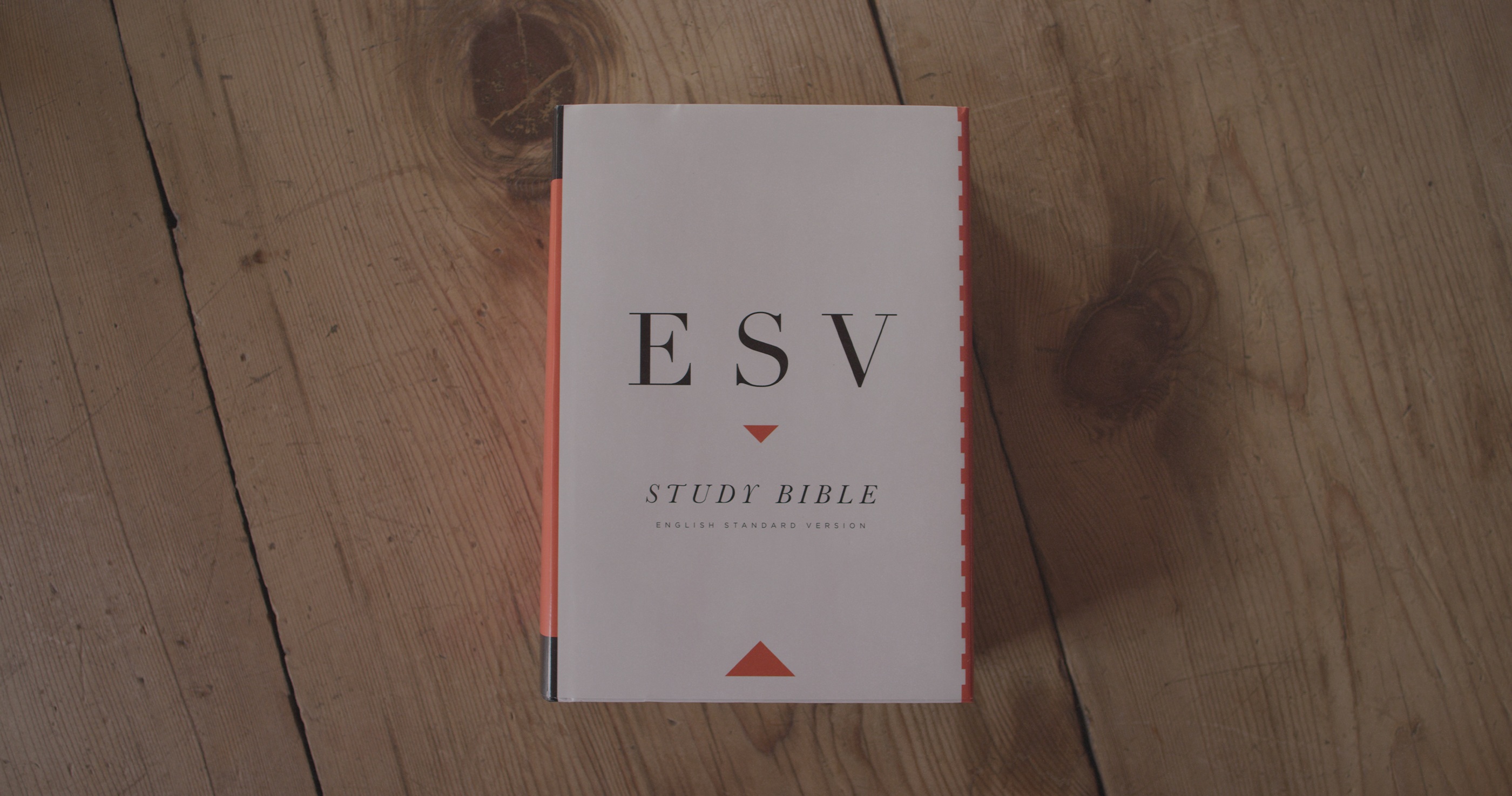 In this interview, we sit down with Justin Taylor, executive vice president for book publishing and book publisher at Crossway, to discuss the publication of the ESV Study Bible, which first released ten years ago this month.

How did you first get connected with the project to create the ESV Study Bible? What prompted Crossway to try to produce such a significant volume?

In 2005, I was working at Desiring God in Minneapolis, serving as one of the directors there and working as John Piper’s executive editor. Crossway had been working for quite a while on the possibility of pairing the existing notes from another study Bible with the ESV translation.

Though the door decisively closed for this original idea in late 2004, the Lord remarkably provided the means for creating an entirely new study Bible—through the extraordinary, sacrificial, month-by-month giving of a single couple who came to dinner at Lane and Ebeth Dennis’s home in May of 2005.

After several months of planning, board approval, and selection of Wayne Grudem as General Editor, Lane contacted me at Desiring God (in the fall of 2005) to invite me to come to Crossway as Project Director and Managing Editor for what would become the ESV Study Bible.

When I first stepped foot into the Crossway offices in early 2006, Lane explained that I was now in charge of Bible projects. After a few weeks, we all recognized that this would have to change, and my full-time role would be to work on just this one project.

I didn’t—as anyone who has seen my office desk will recognize. We hired Sherah Grose, who did a remarkable job of project management and freeing me up to focus on content, relationships, and “doing the next thing.” The ESV Study Bible also took over the lives of several others at Crossway—including Bill Deckard (editor), Lane Dennis (president), Dr. J. I. Packer (theological editor), Josh Dennis (design), and several others for the next two or three years.

How long did the project take from start to finish? What was the hardest part of the project? Was there ever a time when you worried that it wouldn’t be completed?

From the initial conversations (fall of 2005) till the Bibles rolled off the press (fall of 2008), it took three years. Given that all of the material was created from scratch, this was an incredible pace. We knew of other study Bibles from other publishers that had started at least a year before us and were completed at least a year afterward.

Did I ever think it might not be completed? Yes, about every other day this thought came to mind! Not that it wouldn’t ever be completed, but that it could be completed within our aggressive timeframe.

The ESV Study Bible was first released in October 2008 and quickly sold through the first printing of 100,000 copies. Were you surprised by the reception that it received in the marketplace? What were you expecting?

I hope this doesn’t sound prideful in any way, but I was not surprised. As it came together, it seemed clear to me that we were offering something in terms of content, scope, features, and design that had not been done before. I felt fairly confident that others would be as excited about it as I was.

When it was first released, every print edition of the ESV Study Bible included free access to an online edition as well—a pretty unprecedented move at that time. What was behind that decision?

We didn’t think digital would ever supplant print. But we knew that more and more Christians were using online tools. So we figured that if they already purchased the content in print form, we should give them free online access as well. Crossway has historically been an early adopter and partner in terms of online platforms (e.g., the ESV website and mobile app are free), so we wanted to build a user-friendly website that would encourage people to access the content as widely as possible. Kudos to Crossway’s president, Lane Dennis, who has such a heart for seeing the people of God around the world have access to the Word of God.

As you reflect on the impact of the ESV Study Bible on the church over the last decade, what stands out? Does anything surprise you?

We live in a very transient age. The biggest publications of the year are often on the discounted remainder shelf several months later. The most outrageous story that has everyone typing furiously on social media will hardly be remembered just a few days later. In this context, one of the most gratifying things for me is that the ESV Study Bible continues to be purchased and read. And when I pick it up, it still feels fresh—in part because we were trying to concentrate on what the Bible itself means. In the back of our minds, I think all of us who had a hand in this project hoped that it would last beyond our lifetimes.

In your opinion, what’s the most overlooked feature of the ESV Study Bible?

I’m glad you asked this. I think most people rightly focus on the notes. The illustrations—which we commissioned from a world-class architectural design firm in England, in consultation with expert consultants on archaeology, history, culture, and architecture—have also gotten a lot of attention.

I think perhaps the thing that may be most overlooked is the number of articles in the back of the Bible. There are probably three to four books worth of material back there—on everything from textual criticism to the Septuagint to how the original languages work to a concise systematic theology to a chart on every Old Testament quote within the New Testament. There are even concise essays on what non-Christians believe—from Muslims to Mormons. But I suppose the most overlooked feature (to get around eventually to your actual question!) might be the verse-by-verse, Genesis-to-Revelation, biblical theology notes in the back by Vern Poythress seeking to show how all of Scripture finds its fulfillment in Christ.

Is there anything in particular about the ESV Study Bible that you find especially encouraging?

Because of the enormous generosity of the couple who sacrificially provided the funds for creating the ESV Study Bible, Crossway has been able to set aside and use all of the royalties for the funding of Bible ministry around the world—including publication of the Chinese Study Bible in Mainland China, and numerous Bible distribution projects in more than 70 countries around the world. We stand in wonder and awe at what God has provided and accomplished through the ESV Study Bible, with all glory to him alone.

A new edition of the ESV Study Bible is meant to allow you to treasure God's Word for a lifetime. 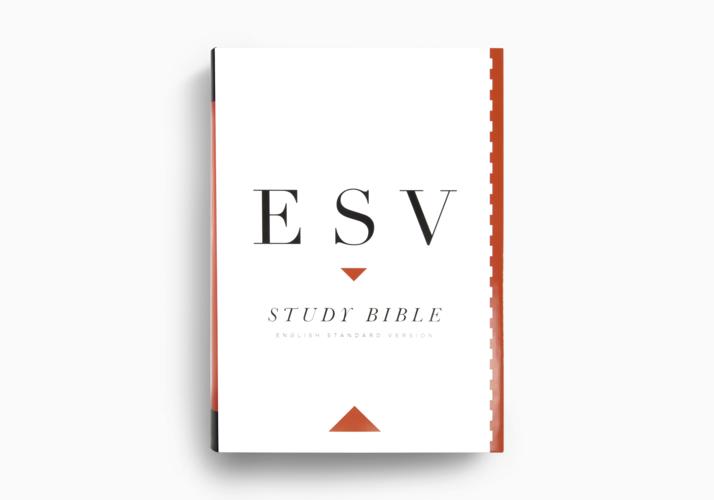 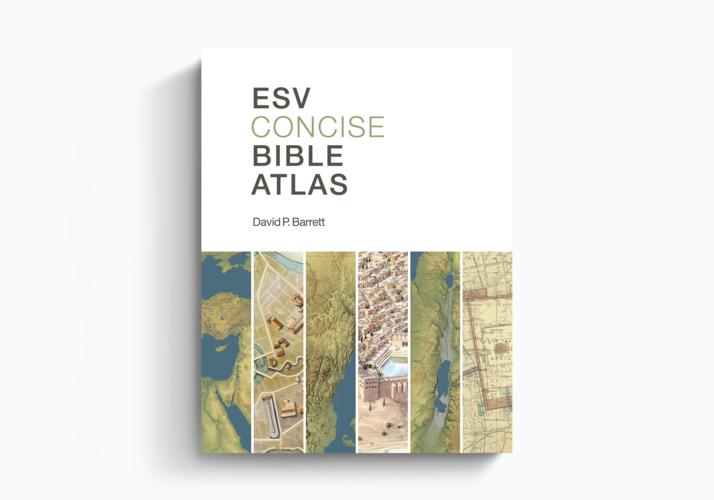