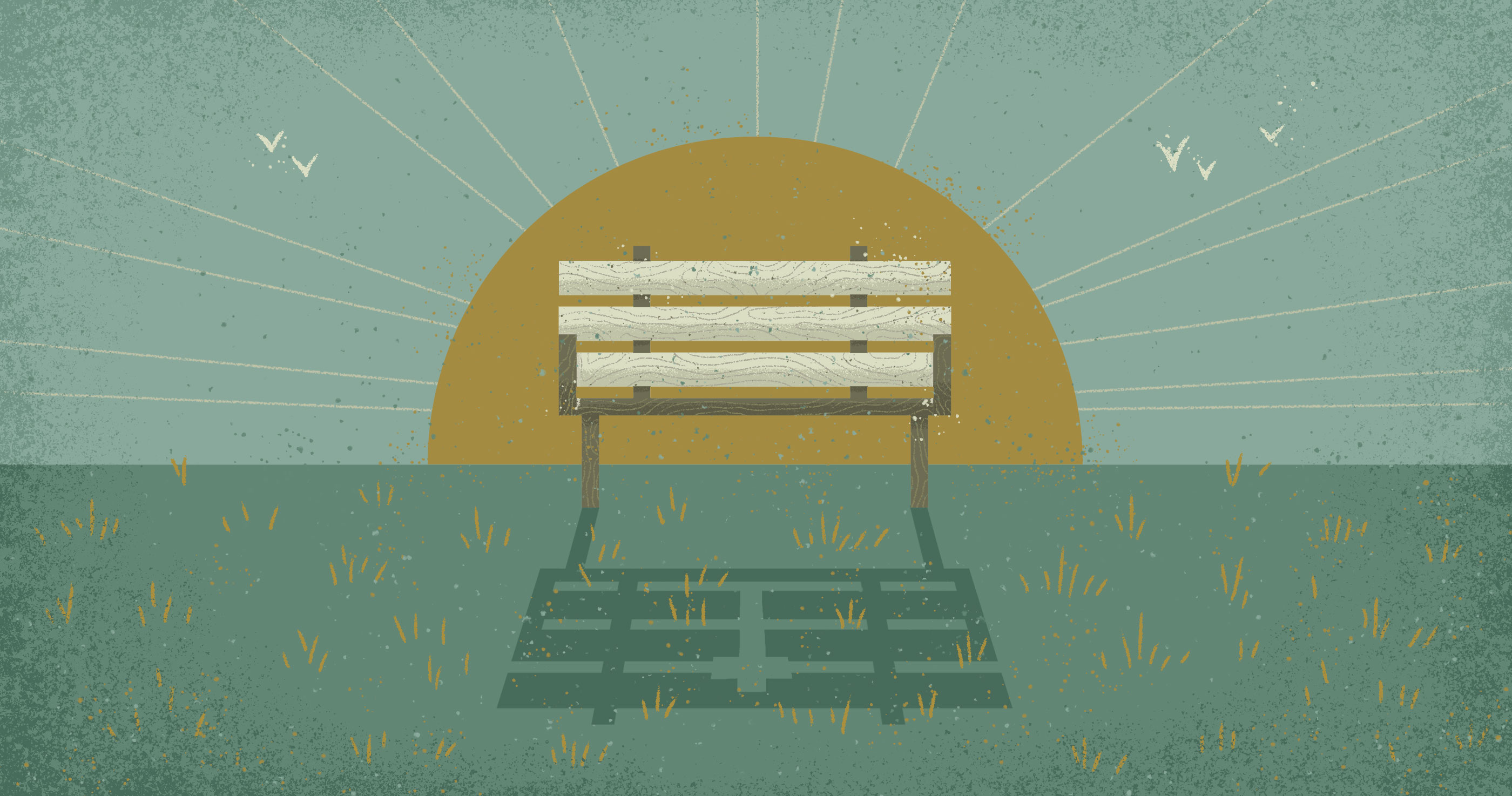 In the opening lines of the Ten Words, God prompted his people to an act of recall: “I am the Lord your God, who brought you out of the land of Egypt” (Ex. 20:2). He reminded them of his mighty delivering arm just fifty days earlier. In the fourth word, the concept of remembering is introduced again, and this time explicitly so: “Remember the Sabbath day, to keep it holy.” But this time the charge is to recall an ancient memory instead of a recent one. In the preamble to the Ten Commandments, God reminds Israel that he is her deliverer. In the fourth commandment, God reminds Israel that he is her Creator.

Instead of appealing to their recent identity as slaves, God appeals this time to their basic identity as image-bearers. The practice of remembering the Sabbath requires Israel (and us) to remember what God has ordained for his children from the earliest moments of human existence: a pattern of work followed by rest, as set forth in the creation account of Genesis 1 and 2. Remember, says the fourth word, that the story of God’s creative act concludes with rest. The people of God reflect him when they observe rest after labor, both by partaking of it themselves and by providing it to others.

How good is the God of Israel, who commands rest! As Israel well knew, the gods of Egypt and Canaan required labor without rest, ceaseless offerings to secure their favor. But not Yahweh. In the command to cease, God distinguishes himself from the pagan deities of Israel’s past and future neighbors. In the fourth word, God answers the question, “Who is like you, O God, among the nations?” with an unequivocal “No one.”

The Sabbath command is the longest and most detailed of the ten, and also the one most mentioned in the Old Testament. It would seem that the call to rest is one in need of emphasis and reiteration.

But how is this command to be observed today? Does it require, as it did for Israel, that a specific day in its entirety be set aside for rest? Controversy over this question has raged for centuries, and strong opinions abound. Rather than attempt to resolve the disagreement, our discussion will focus on what we can all agree upon in principle: that a good God has ordained regular rhythms of rest for those who worship him.

A bare-minimum perspective on obedience might be content to chalk out neat lines of what can and cannot be done on a certain day of the week. Such was in the heart of the Pharisee, with his requirements for how many steps might be taken or whether a grain of wheat could be plucked on the Sabbath. But the heart of the Christ-follower is drawn to an expansive obedience, asking, “How might I practice Sabbath in broader and deeper ways?”

Light in the Darkness

In 1879 the modern world changed forever with a patent. It was issued for the invention of a carbon filament made of “cotton and linen thread, wood splints, papers coiled in various ways,” a process which, after fine-tuning, would launch a company the following year dedicated to commercial production of the electric light bulb.1 The Edison Electric Company offered its customers a safer, cleaner, cheaper alternative to gaslight, and as electric power began to replace gas in homes and factories, for the first time in human history work was no longer limited to the time between sunrise and sunset. With his modern utterance of “Let there be light,” Thomas Alva Edison invited humanity into a world that never sleeps.

To rest is to acknowledge that we humans are limited by design.

Edison himself believed sleep was a waste of time. He was known to work over one hundred hours a week, to hold job interviews at four in the morning, and to insist that his employees adhere to the same sleepless schedule he did. He adhered to and promoted a philosophy that rest was the enemy of productivity, stating in 1914 that “there is really no reason why men should go to bed at all.”2 It would appear that his vision for a sleepless humanity has come to pass, as the Centers for Disease Control and Prevention has declared a sleep deprivation epidemic among Americans.3Though Edison’s “Let there be light” may have ushered us into sleeplessness, the divine Creator who uttered “Let there be light” also benevolently and pointedly declares “Let there be rest.”

If the third word charged us to honor God with our words, the fourth charges us to honor God with our time. Just as how we use our words reveals how we view God, so does how we spend our time. Our patterns of work and rest reveal what we believe to be true about God and ourselves. God alone requires no limits on his activity. To rest is to acknowledge that we humans are limited by design. We are created for rest just as surely as we are created for labor. An inability or an unwillingness to cease from our labors is a confession of unbelief, an admission that we view ourselves as creator and sustainer of our own universes. As with Edison, this wrong thinking renders us not free, but enslaved to our ambition and enslaving of those we employ to achieve it. We need the Sabbath command. But do we understand what it requires?

Our modern conception of Sabbath is often little more than “taking a day off” for the purpose of relaxing. But true Sabbath rest is set apart as holy: it is intended for worship as much as for well-being. The fourth word does more than tell us to relax. Sabbath rest is distinct from idleness (resting without first laboring) and different from simply having gotten enough sleep. The word shabat means “cease.” To sabbath is to cease activity for the purpose of remembering God’s provision, that we might worship him as we ought. Being well-rested and taking care of ourselves are good things, but they are at best a thin obedience to the fourth command.

More than the deliberate cessation of work for the purpose of decompressing, Sabbath is the deliberate cessation of any activity that might reinforce my belief in my own self-sufficiency. In contrast to cultural ideas of rest marked by self-care, Sabbath rest is marked by self-denial.4 It requires that we deny ourselves the material gain or sense of accomplishment a day of labor brings. Our natural inclination is to believe that we are keeping the world rotating on its axis, a mindset that feeds a ceaseless work ethic. Sabbath presses on that mindset. It is not merely rest that restores, but rest that reorients. It reminds us that we are not God. And if we neglect it, like Edison we will most certainly drift toward the kind of work that enslaves.

The 5th Commandment Is for Adults Too

The fifth commandment is found in the middle of a list of commands clearly addressed to adults, targeting issues that are, developmentally speaking, primarily the concerns of adulthood. 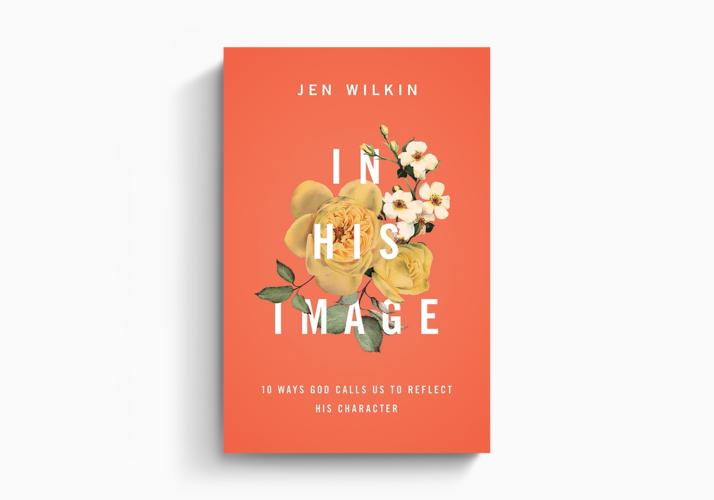 Keeping the Ten Commandments
J. I. Packer
Crossway is a not-for-profit Christian ministry that exists solely for the purpose of proclaiming the gospel through publishing gospel-centered, Bible-centered content. Learn more or donate today at crossway.org/about.