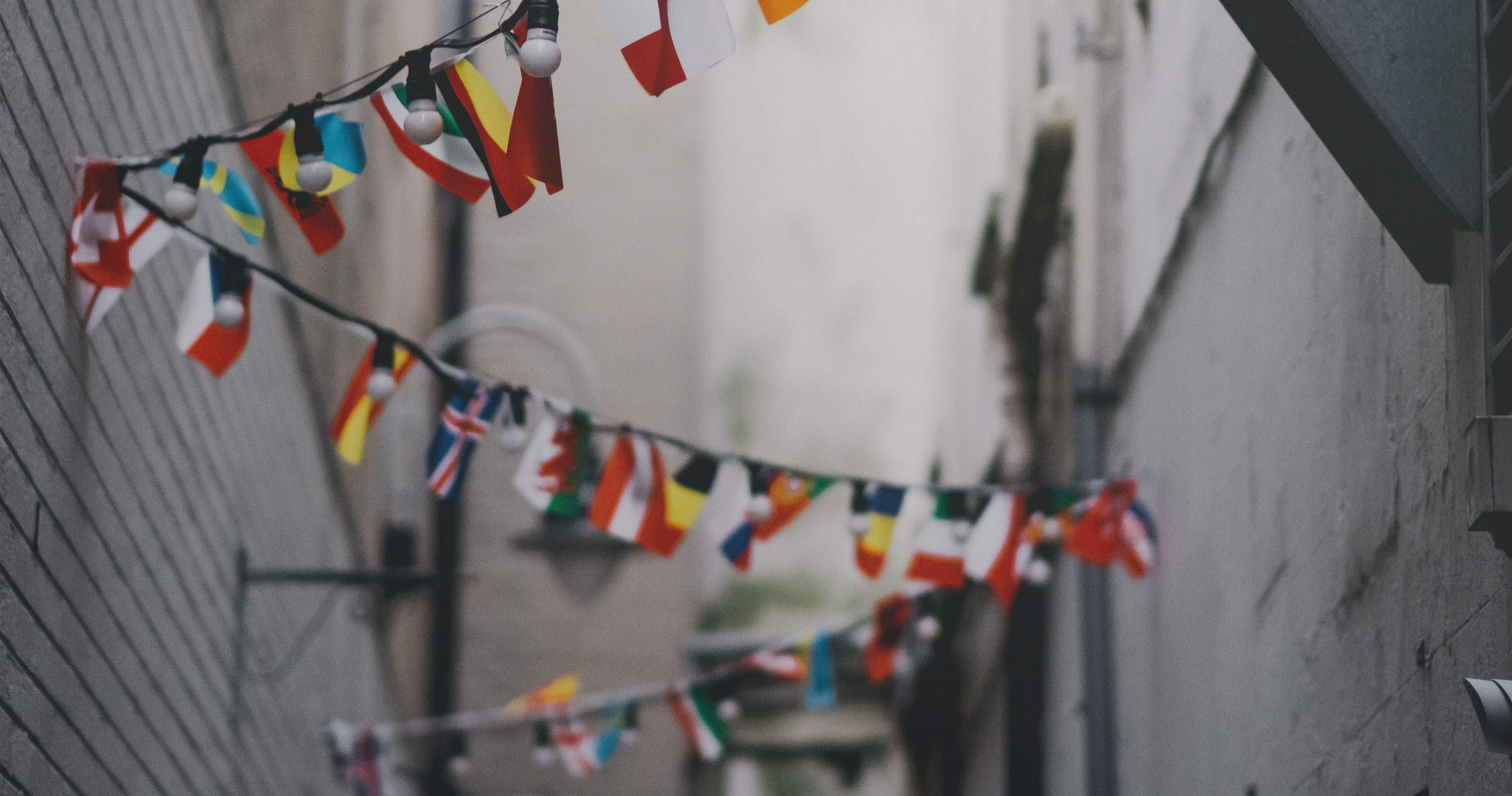 And he made from one man every nation of mankind to live on all the face of the earth.—Acts17:26

It is a healthy sign to wish that the term race did not exist. It has not served well to enhance human relations. In general, the term race has been used to signify “a biological concept referring to the taxonomic (classificatory) unit immediately below the species.”1 We may not be able to communicate in our day without the term, but we can at least try to show why it is a fuzzy term that is minimally helpful and has often been hijacked by ideology for racist purposes.2

Does Racial Classification Help Us Relate to One Another?

This is true, unless, of course, you already have a controlling negative stereotype of people in these “races.” If that stereotype is going to govern your relationship before you know more significant things about the person, then, of course, race classification is (regrettably) important to you up front. That is what I meant by ideology hijacking the concept of race for racist purposes.

But where racial stereotypes are not controlling, and someone really wants to encounter another person as an individual, while not being insensitive and disrespectful about relevant differences, the concept of ethnicity is more useful in human relationships than the concept of race. That is what the two relationships mentioned above were illustrating.

Ethnicity is bigger than race. Eloise Meneses defines it like this: “The term ethnicity is usually used to stress the cultural rather than the physical aspects of group identity. Ethnic groups share language, dress, food, customs, values, and sometimes religion.”3Others also include physical traits as part of ethnicity, provided they are only part of the culturally relevant spectrum of a person’s identity.4

Why the Term Ethnicity Is Better than Race

There are numerous reasons why the term ethnicity is more helpful and less destructive than the term race in marking human identity. Here are some of them.

There Are No Clear Boundary Lines

First, the term race is imprecise and has very blurry edges. In other words, the dividing lines between the races are not discernible. Or another way to say it would be that there are so many variations of physical features in humankind that they defy any clear biological classification.

Essentially all anthropologists have given up the attempt to identify races of human beings. This is very simply because the best evidence indicates that there are, physically, no clear boundary lines between the various communities of people around the world. Nearly all of the traits that distinguish human beings from one another are found in all communities, though in varying degrees.5

All Races Are Mixed Races

Second, the very fact that we have to talk about “mixed races” to make sense out of racial classifications shows the inadequacy of the classifications themselves. The possibilities of mixture are endless. There are countless degrees of racial traits that can be mixed in any given marriage. This means that there are no pure “races.” There are only degrees of mixture, as the next point makes clear.

We Are All Related in Adam

Third, we are all biologically related to one another and descended from one common ancestor. Once there was only Adam and Eve. As the apostle Paul said, “[God] made from one man every nation of mankind to live on all the face of the earth” (Acts 17:26).

The Historical Traits Used in Classifying Races Are Arbitrary

Fourth, other physical traits besides the usual more obvious ones (color, hair, facial features) produce different groupings than the traditional ones do. Colin Kidd shows that classifying humans according to fingerprints, type of earwax, body hair, possession of the lactase enzyme, blood groupings, sickle-cell gene mutation, stature, and body size produce different groupings that do not correspond to the groupings we usually come up with when we classify people by skin color.7

What this means is that the traits historically used in classifying races have been arbitrarily limited. This raises the question of whether the concept was emerging hand in hand with predispositions of preference for certain manifest features over others.

Fifth, the traits that traditionally define race groups are superficial when compared to the immeasurable value of the image of God in each person (Gen. 1:26–27) and when compared to the combination of physical, emotional, intellectual, spiritual, and relational aspects that give us the richness of our personal identity. “The biologist finds those observable racial differences which seem so obvious to the layperson to be superficial and misleading.”8

Sixth, historically, the emergence of the anthropology of races in the modern world has gone hand in hand with assumptions of inferiority and superiority. Thus the science was bent from the beginning to serve “the superior.” For example:

The leading racial theorist of late eighteenth-century Europe was the Göttingen anatomist Johann Friedrich Blumenbach (1752–1840), who began his career by subscribing to a four-part division of humanity. . . . However, by the third edition of his canonical work of racial classification, De generis humani varietate, he had divided mankind into five basic racial types: Caucasian, Mongolian, Ethiopian, Malay and American.9

This in itself does not sound prejudicial. But the problem is that Blumenbach assumed a ranking of superior and inferior in the human classifications he proposed:

The Caucasian, Blumenbach argued, had been the original racial form of mankind, of which the four later types were degenerations. The Ethiopian and the Mongolian stood at the two extremes of degeneration, with Malays intermediate between Caucasians and Ethiopians, and Americans, similarly, a point of racial degeneracy midway between the white Caucasian norm and the extreme of Mongolian degeneration.10

This historical use of the concept of race in the service of preferential description should give us pause and make us careful in the way we think and speak about race.

The Category of Race Is Not Found in the Bible

Seventh, the category of race, as a way of classifying humans according to physical features, is not found in the Bible.11 The term never occurs in the King James Version in reference to people groups, but only to athletic races. Of the four places where it occurs in reference to people in the English Standard Version, it is referring to the elect people, either Jews or the church. The biblical way of talking about people groups leans heavily in the ethnicity direction, not the racial direction.

In the last day when the global mission of Christ is finished, there will be redeemed people “from every tribe and language and people and nation” (Rev. 5:9). These are not races. And none of them aligns with our usual concept of race. Nor is there any place in the Bible where people are grouped the way we often do.12 So the Bible gives us little encouragement to make much of racial distinctions in the way we think about human beings.

Eighth, it follows from these points, especially point seven, that physical traits that we usually think of in defining race are biblically marginal, biologically ambiguous, superficial in relation to personhood, and not as helpful as the concept of ethnicity in helping us relate to each other with respect and understanding about the more significant differences that we bring to our relationships.

So how then should you understand the terms race/racial and ethnicity/ ethnic? First, I have not tried to abandon the terms race and racial. As loaded as the terms are, they are too embedded in our language and in the thousands of books and articles and sermons and lectures and conversations that make up the world we must relate to. There is no escaping that historically, and in the present day, the problems we face are conceived along racial lines understood as color lines.

For example, in 1899 W. E. B. Du Bois delivered a speech to the First Pan-African Conference at Westminster Hall, London, and began like this:

The problem of the twentieth century is the problem of the color line, the question as to how far differences of race—which show themselves chiefly in the color of the skin and the texture of the hair—will hereafter be made the basis of denying to over half the world the right of sharing to their utmost ability the opportunities and privileges of modern civilization.13

I will not begrudge Du Bois the use of race in this sense. This is history. And it is still the way the race issue is powerfully formulated today. So I have used the terms race and ethnicity in ways that they have enough overlap with historical and contemporary usage to be understood. But I hope that the reader keeps in mind what I have written here. Unless I explicitly differentiate race and racial from ethnicity and ethnic, I would like you to think of both when I mention either—that is, ethnicity with a physical component and race with a cultural component. Very often I have used the terms together to draw out this combination of ideas.

Racism Values One Race over Another

With regard to the term racism, it is possible to get oneself tied in so many knots that it feels hopeless to define. Several years ago, we spent months as a pastoral staff at our church trying to come up with a working definition. I never thought defining a word could be so difficult. But in this book I have simply cut the knot with a decision to work with someone else’s definition.

The gospel of Christ provides the impulse and power for racial and ethnic diversity and harmony among the followers of Jesus.

In the summer of 2004 the Presbyterian Church in America settled on the following definition, which I find helpful: “Racism is an explicit or implicit belief or practice that qualitatively distinguishes or values one race over other races.”14 Here I do make a distinction between race and ethnicity. If, as we have defined it, ethnicity includes beliefs and attitudes and behaviors, we are biblically and morally bound to value some aspects of some ethnicities over others. There are aspects of every culture, including our own, that are sinful and in need of transformation.

But race in the narrow sense, defined by physical traits, with all of its ambiguities and inadequacies, is still a perceived and powerful reality that must be dealt with. Hence I think this definition is helpful: “Racism is an explicit or implicit belief or practice that qualitatively distinguishes or values one race over other races.”

All in the Service of the Gospel

I hope this reflection on the terms race, ethnicity, and racism serves to make more clear and understandable and helpful concerning the way the gospel of Christ provides the impulse and power for racial and ethnic diversity and harmony among the followers of Jesus.

This article is adapted from Bloodlines: Race, Cross, and the Christian by John Piper.

We have solid, historical, and biblical grounds upon which to stand as we seek to be an instrument of God in spreading his righteousness, peace, and joy throughout the world.

How Lament Can Help with Racial Reconciliation

When we don't know what to say, lament can become a really helpful language to use.