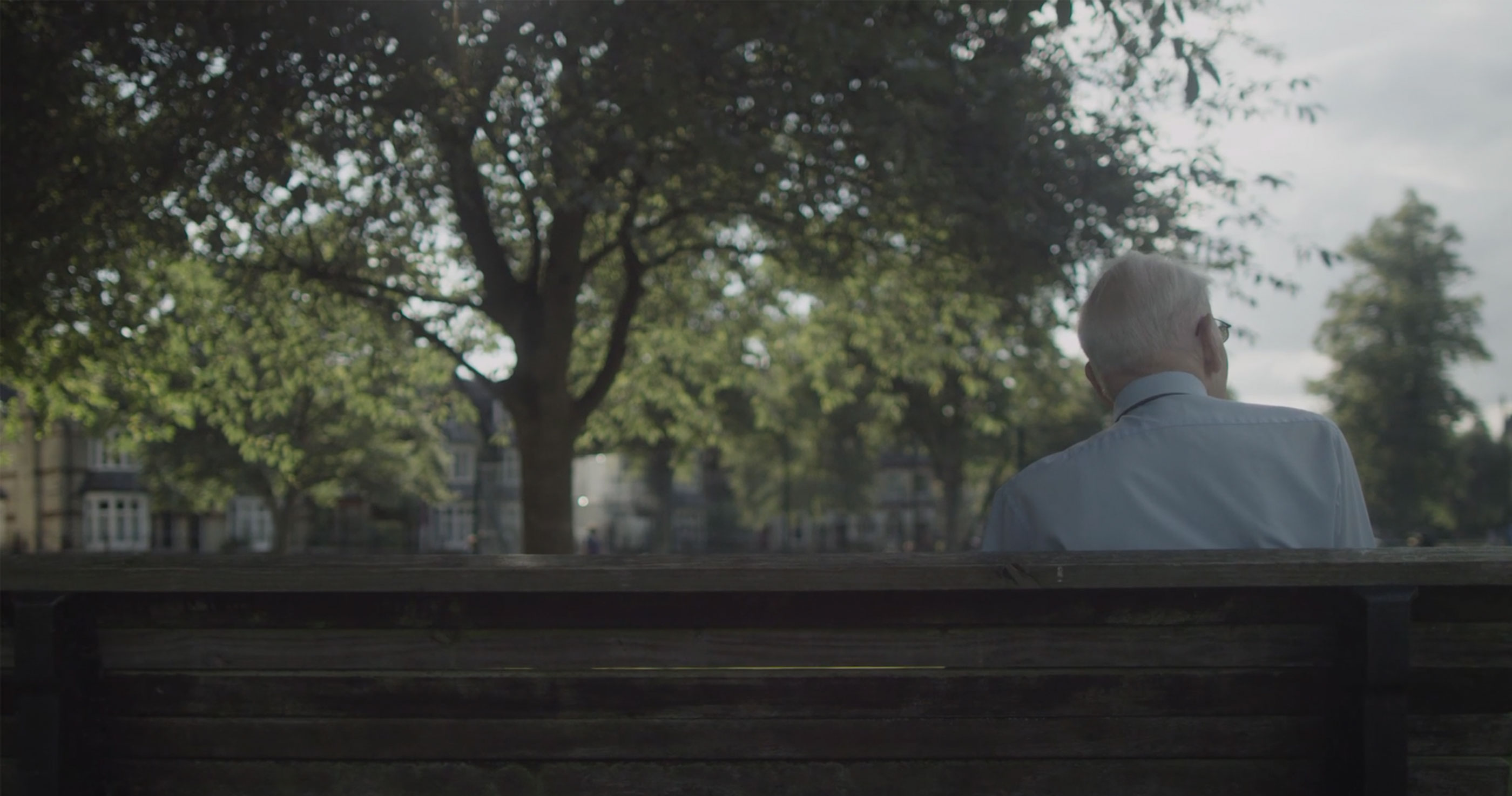 I have come to think that the best way to describe myself is as a latter-day catechist.— J. I. Packer1

One of the great privileges of my life has been to collaborate with the Reverend Canon Dr. J. I. Packer and others in the development of To Be a Christian: An Anglican Catechism—the catechism of the Anglican Church in North America (ACNA). The Approved Edition of this work, which will soon be published by Crossway, was undertaken seven years ago by a select team of ACNA theologians and writers, with Dr. Packer serving as our theological editor.

Working on a major catechism with “Jim” allowed us to witness firsthand his deep commitment to the renewal of catechesis in our time. And he frequently referred to that commitment as “Packer’s Last Crusade.”2 While many rightly think of Packer as a theologian, he has averred for years that he is, first and foremost, “a catechist.” This is also evident from his publications. Though patently able, he has never written a systematic theology nor shown any interest in writing principally for the scholarly guild. Rather, his writings, even those most theologically demanding, consistently evince a clear pastoral and ecclesial focus. They demonstrate that J. I. Packer is a theologian of and for the church, and in that light it becomes clear that his entire career has been that of a catechist: a catechist of Christian adults, a catechist of students and pastors, a catechist of catechists. Says Packer,

Nowadays, the word theologian suggests academic professionalism, guild membership, a passion to push out the walls of knowledge, cutting-edge and growing-edge debate with other theologians and champions of other disciplines, and distance from the routines of regular pastoral care. This conception, however familiar to us moderns, is in fact little more than two centuries old. . . . But before this a theologian had been a scholarly generalist with wisdom and skill to guide Christians on questions on belief, morality, devotion (what we now call spirituality), and forming holy habits to please God (what we once called sanctification, and now refer to as spiritual formation). It is with reference to this that, with a glance back at the adult catechumenate of the early Christian centuries, I call myself a catechist today.3

To Be a Christian

With 360+ pairs of questions and answers, as well as Scripture references to support each teaching, this catechism instructs new believers and church members in the core beliefs of Christianity from an Anglican perspective.

The recovery of catechesis is not a recent concern for Packer; it has been a concern for decades. As early as 1977, he wrote I Want to Be a Christian, which is a thoroughly catechetical work and has since been republished by Crossway under the title, Growing in Christ. From the outset, Packer makes it clear that the recovery of catechesis is of preeminent importance:

Many Christians today are uncomfortable with the word “catechism,” but they need not be. Catechism simply comes from a Greek word meaning “make to hear” and so “instruct.” From this word comes the English words of catechism (the form of instruction), catechumen (the person under instruction), catechumenate (the organized set-up for giving instruction), and catechize (a verb which originally meant “instruct,” though today it refers especially to a question-and-answer method of teaching). In Acts 8 we read how Philip instructed the Ethiopian eunuch; catechizing is just that process institutionalized.4

In this relatively early work, Packer relies upon the classic structure of ancient Christian catechesis, which, while always rooted and grounded in Scripture, employs the Apostles’ Creed (doctrine), Ten Commandments (morality), and the Lord’s Prayer (spirituality) as a system for essential Christian instruction. Each of these three “pillars” of catechesis forms a section of the book, and is given concise, line-by-line explanation and application. The book also includes a section on baptism and conversion, which highlights the relationship between baptism, personal faith, and the Christian life. Though Holy Communion receives only passing mention, this fourth section clearly corresponds to the fourth classic element of Christian catechesis: the sacraments. In all of this, however, the point is not to replicate a bygone practice; rather, it is to retrieve an ancient way of forming Christians that has in large part been lost in our time. To this loss Packer’s words speak as trenchantly today as they did in 1977:

Christianity is not instinctive to anyone, nor is it picked up casually without effort. It is a faith that has to be learned, and therefore taught, and so some form of systematic instruction (catechumenate) is an essential part of a church’s life. . . . One great need today is a renewal of systematic Christian instruction—catechetical teaching—for adults. It need not be called that, nor need it take the form of rigid drilling in preset formulae, which is how old-time Protestants taught their children; but somehow or other, opportunities must be given for folk in and just outside churches to examine Christian essentials, because there are so many for whom this is a prime need.5

While the development of To Be a Christian: An Anglican Catechism is a vital achievement in its own right, it must be placed within the larger context of Packer’s vision—shared by the ACNA Committee for Catechesis—for the renewal of catechesis through the recovery of the catechumenate. The practice of catechesis cannot be sustained by catechisms alone, the existence of excellent catechisms notwithstanding. Catechesis has waxed and waned throughout the centuries, at times disappearing almost entirely despite the existence of excellent tools and traditions of catechesis close to hand. Thus, while catechesis may happen without a catechism, it will never happen without a catechumenate—an organized system and corporate practice of instruction, a catechetical culture. Indeed, as we saw in the above quote from Packer, catechesis can take a variety of forms, and may use other terms and other means by which to form the faithful. The point is that “somehow or other, opportunities must be given for folk in and just outside churches to examine Christian essentials” and to do so in a systematic way by which church leaders insure that Christian disciples are being properly formed.

It is exciting to recognize that Packer—along with others—appears to be gaining new ground (or reclaiming old!) in his “Last Crusade” to persuade the evangelical church in North America of the need to renew catechesis in our time. We see leading Christian thinkers like James K. A. Smith recognizing the need for means and modes of Christian formation that counter the powerful cultural “liturgies” of our day. We see leading Presbyterians such as Tim Keller, and Reformed groups such as the Gospel Coalition, increasingly championing the cause of catechesis. And we see a marked resurgence of the catechumenate in the Anglican Church of North America, especially among younger pastors and church planters. While nascent and fragile, these appear as harbingers of the renewal of catechesis in our time, and with it the renewal of the church. For where catechesis flourishes, so flourishes the church. Says “latter-day catechist” JI Packer,

We catechize because we must. For catechesis is both a very biblical idea and a faithful practice of the church through the ages. Where wise catechesis has flourished, the church has flourished. Where it has been neglected, the church has floundered. We catechize in obedience to the Great Commission of our Lord Jesus Christ and in imitation of the Lord’s own ministry when he walked among us. He has charged the church to make disciples from all people groups of the earth. This discipling requires a rigorous ministry of teaching obedience to all that Jesus commanded. Catechesis is precisely such a ministry.6

10 Things You Should Know about Catechesis

What is catechesis? Here are 10 facts you should know.

5 Questions about the Sacraments

What is a sacrament and what is its purpose in the church? Learn answers from To Be a Christian: An Anglican Catechism.

Why We Need Reformation Anglicanism

The two greatest issues facing Christianity in the West are (1) the Bible’s growing lack of authority in the Church, and (2) the lack of transformed lives among those who attend.