H. G. Wells and G. K. Chesterton were dear friends despite their categorically different worldviews. After Chesterton’s death, Wells said, “From first to last he and I were very close friends . . . I never knew anyone so steadily true to form as G. K. C.” They maintained a love and respect for one another even as they often challenged one another in print.

In fact, Chesterton’s famous work, The Everlasting Man, was a response to Wells’s naturalistic summary of humanity in An Outline of History. The two books share a surprising influence in the life of young girl in the Bronx; one directly and one indirectly. As a prodigious eight year old, Joy Davidman, at her father’s request, read Wells’s work in its entirety. Upon completion she announced that she had adopted an atheistic worldview following in the footsteps of her skeptic father.

Back in Britain, C. S. Lewis considered Chesterton’s rebuttal to Wells a significant contribution in his own conversion to Christianity. And the later influence of Lewis’s writings would also cross the Atlantic and eventually impact the same home in the Bronx. Lewis’s simple presentation of the Christian faith helped to lead Joy on her journey to faith. The two later met and were eventually married, bringing the literary influence of worldviews full circle. And, as they say, the rest is truly history.

It could be easy to miss some evangelistic principles from this story because of the larger-than-life intellects and international platforms of the personalities previously mentioned. But there is much to learn and apply.

Chesterton and Lewis were both known for not only befriending skeptics, but for actually delighting in these relationships. They committed their lives to genuine and caring relationships with people who held contrary truth claims. By the way, Jesus was kind of known for doing the same thing. All three model a way forward for sharing the gospel with people who think our beliefs are delusional.

The way is love. As the Apostle Paul said, we can have the tongue of angels but if we don’t have charity our words are meaningless. It is really impossible to say we love skeptics if we don’t actually know any. And I think this entails much more than the normal “drive by evangelism” approaches of previous generations. Until we really love unbelievers, all of our quick gimmicks will likely fall short.

If your relationship with a skeptic is contingent upon them accepting the gospel then you are starting in the wrong place. Your love for them must transcend these fundamental differences. This is not to imply compromise, but rather a life-long commitment that is motivated by biblical compassion.

If your relationship with a skeptic is contingent upon them accepting the gospel then you are starting in the wrong place.

In a letter Lewis once penned to a friend who was drifting from orthodoxy, he said, “We have no abiding city even in philosophy: all passes except the Word.” As a public intellect, Lewis understood where his ultimate authority was found. “Art consists of limitation,” Chesterton once said, “The most beautiful part of every picture is the frame.” The biblical framework provides the necessary, and according to Chesterton, beautiful, limitation of our apologetics.

In this way, apologetics is really applied theology. It is the application of Scriptural principles to contemporary questions. And evangelists are never less effective than when they depart from the bedrock of biblical truth. All passes except the Word. That’s why one of the best things you can do if you want to share the gospel with skeptics is to read, understand, and apply the Bible every day.

Perhaps this is why many consider the careful Christian thought and writings of C. S. Lewis to make it possible for them to be “intellectually satisfied” as believers. Lewis helped many understand Mere Christianity as it relates to all of life, including the doubts we often face. This reminds me of the Apostle Peter’s charge to be prepared to give a reason for our hope with humility. If we are to love our neighbor as ourselves we will be compelled to search diligently for the answers they are seeking.

Sadly, sometimes believers treat the gospel as if it is a fragile heirloom to be carefully protected and preserved for future generations. This should not be so. The gospel is neither intimidated nor overshadowed by rival truth claims. With Scripture as our foundation, we are to reason with those who ask about the hope we have found in the gospel. A love for God and neighbor compels us to listen and respond.

Responding to the “pop” atheism trend, DeWitt challenges high school and college students to seriously consider the implications of an atheistic worldview while setting forth a compelling case for Christianity.

The Apostle Paul said that we are to “season our words with salt” so that we can make the most of our opportunities with “outsiders” (Colossians 4:4-6). Like salt, our words are to draw attention to the natural qualities of the gospel content. We don’t contribute to the gospel message. We invite people to “taste and see that the Lord is good.”

I think we can find a better way to do evangelism with “outsiders” if we begin by discarding the kind of monologue approaches that have typified evangelistic programs of the past and search for inroads into meaningful dialogue. In a progressively post-Christian culture, we no longer enjoy a biblically literate audience ready to listen to our ready-made outlines. But in the context authentic relationships we can find an “evangelistic sweet spot” in the overlap of revelation, reason, and rhetoric.

Though we will likely never establish the sort of platform of Chesterton or Lewis, through their examples we may find the kind of confidence that compels us to cross our yard and begin a friendship with that neighbor who has made it clear that they don’t believe in God. You’ll probably encounter a lot of questions about your faith in the process, but don’t fear. The gospel is the power of God unto salvation for all who believe: of this we need not be ashamed.

Dan DeWitt (PhD, The Southern Baptist Theological Seminary) is associate professor of applied theology and apologetics and director of the Center for Biblical Apologetics and Public Christianity at Cedarville University. He blogs regularly at theolatte.com. 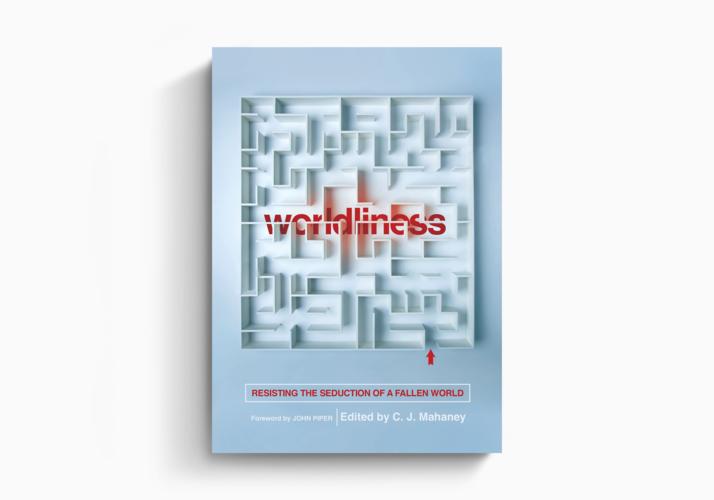 Christ or Chaos
Dan DeWitt
Crossway is a not-for-profit Christian ministry that exists solely for the purpose of proclaiming the gospel through publishing gospel-centered, Bible-centered content. Learn more or donate today at crossway.org/about.