As March Madness kicks off, brackets have been filled out, TVs are tuned into SportsCenter, and fans all across the U.S. are ready for some competition.

In his forthcoming book, The Explicit Gospel, Matt Chandler writes:

It’s the greatest sporting event. (I say that because it’s also the last athletic venue in which David can still beat Goliath. There’s not really another venue like it where a college you’ve never heard of that has, say, eight hundred people in it can upset superstar powers in the basketball world.)

But here’s the thing about fallen men and women who love March Madness. All over the country, fans are nervous. I’m not joking. They’re nervous in their guts, they want their team to win so badly. They watch the games and yell at their televisions: “No! Yes!” Kids are crying in fear, wives are running for more nachos—it’s chaos. It’s madness.

With victory comes elation and surfing a thousand websites to read the same article over and over and over again, and with defeat comes destitution of spirit and days of mourning and moping, angrily arguing on a blog about who really deserved it or an official’s botched call.

As we all ramp up for some NCAA entertainment, let it not make us indifferent and unmoved by the realities of eternity. Will we exult (show or feel elation or jubilation) in the Lord the way we exult in a successful bracket or our team's victory? 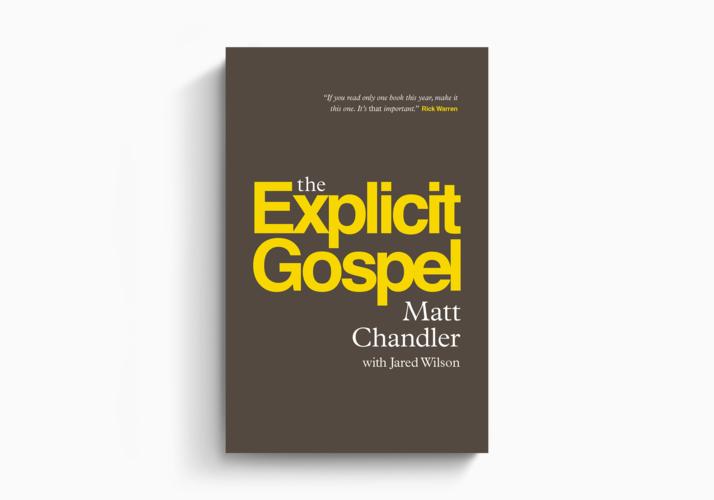 This best-selling treatise by popular pastor Matt Chandler reminds the church of what is of first and utmost importance—the gospel—and calls people to take a fresh look at the good news about Jesus.

This month as many of us participate in (let's face it, most of us are merely watching) March Madness, let us not forget that worship of him is why we were created.

Learn more about The Explicit Gospel by Matt Chandler.

In mid-April, Matt Chandler and Shane and Shane traveled to six locations on the Explicit Gospel Tour.

Popular pastor and worldwide speaker Matt Chandler writes his first book to remind the church of what is of first and utmost importance—the gospel.