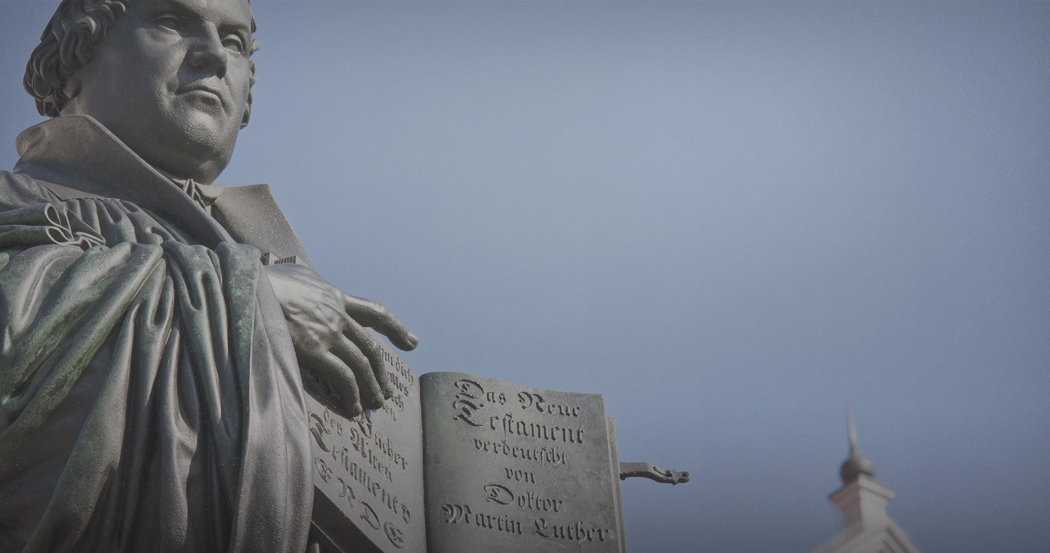 The pastor or Christian who reads Luther’s sermons will immediately notice certain things. Luther, rather like Spurgeon, often seems to have a very loose approach to exegesis of passages, to the extent that Luther’s commentaries and sermon series tended to disappear as sources for such very shortly after his death. Perhaps the one great exception was his second commentary on Galatians (and greatest commentary), which enjoyed many reprintings and appeared in numerous translations. Arguably, however, that is because this work was such an excellent statement of his doctrine of justification rather than because it was a definitive example of verse-by- verse exposition.

The modern reader of Luther’s sermons will probably also notice that, after a while, the sermons all start to seem much the same. That is because the law-gospel pattern is reflected in them all. For Luther, the purpose of preaching was to crush the self-righteous and, having done so, to point them to the promise of God in Christ. That move from law to gospel, from wrath to grace, was the core of the Christian’s daily life and was thus to be embodied in, and facilitated by, the preaching of the Word. Powerful as such drama is, it did tend to impose a certain form upon Luther’s sermons.

These two observations might seem like criticisms, and to an extent they are. The preacher is to preach the Word in a manner as rich and as inflected as Scripture itself. That means eschewing a one-size-fits-all approach to sermon preparation. Nevertheless, I would suggest that Luther’s approach does speak to an era like ours, in which the culture of individual uniqueness has such a deep hold even on the Christian mind.

For Luther, the purpose of preaching was to crush the self-righteous and, having done so, to point them to the promise of God in Christ.

From childhood upward, we are told that we are special. Sometimes this is even done in God’s name. The televangelists and megachurch pastors who talk about having “your best life now” are essentially presenting a picture of God as one who panders to the particular needs and concerns of the individual. The danger is that preaching can start to do the same—even worse, that preaching becomes sidelined because each person has to have his or her particular needs and problems addressed in a specific fashion.

Luther’s approach to preaching is a refreshing riposte to this kind of narcissistic nonsense in at least two ways.

1. You’re Not the Center of the Universe

First, his application of the categories of law and gospel in his sermons captures one crucial truth: human beings, for all of their uniqueness, are not unique in terms of their status before God. There are only two ways of approaching God: by law or by gospel. And there are only two things one can say about any human being before God: a person is under wrath or under grace. While individuals have their own histories and circumstances, their own problems and challenges, the basic problem of where to find a gracious God is the same for all, as is the answer.

Thus, Luther’s sermons first of all remind us of a very important truth: we are not the center of the universe; God is. And we are not so unique that we need tailor-made personal answers to our greatest problem. The answer is always the same: God’s promise in Christ. Thus, preachers and congregants alike must understand that the most important thing one can hear on a Sunday is not some pep talk on how to have a good marriage or how to cultivate an appropriate self-image or how to raise one’s children. The most important thing is to hear what God has done in Christ and then to grasp that message by faith.

That is a great antidote to Christianity’s capitulation to particularist conceits of the contemporary culture as evidenced in the dethroning of preaching by placing it on par with, or even below, one-to-one counseling.

2. The Word of God Is Powerful

Second, Luther’s theology of preaching reminds us that the Word has power in itself because it is the Word of God. Luther understood both law and gospel as possessing moral force. They expose the heart of the theologian in everyone, of course, showing every human being to be a theologian either of glory or of the cross. In the Word, each person is confronted not simply by an idea but by God himself, either as the transcendent and holy God who demands perfection and terrifies us, or as the God who has made himself weak and died on the cross that death would not have the final word over us. When this is preached, the Spirit uses it to work mighty miracles.

Technique becomes less important. Party tricks, stand-up comedy, and vaudeville antics are rendered unnecessary. In fact, Luther might well have considered them a confusion of categories, an attempt to improve upon God’s work by making it into a work of our own. That in itself he would have seen as a confusion of law and gospel. Preaching is a means of grace. It is done by preachers, but only in a proximate sense. The real Word comes from God, via his servant of course—but it is not the servant who gives it its power. That is why Luther could declare the Reformation to have been nothing of his doing and simply the product of God’s Word.

Thus, Luther’s theology of the Word and preaching stands at the center of the Christian life. There in the sermon, in the move from law to gospel, the fundamental struggle of the Christian is played out every time the preacher ascends the pulpit.

But this is no mere theatrical display: as the Word is preached, the Christian is torn down by the law and built up in the gospel. Preaching is a supernatural act, and that should give great confidence and assurance to every preacher tasked with the public exposition of God’s Word. Luther’s view of the Christian life, like his view of the success of the Reformation, was rooted first and foremost in the overwhelming power of the preached Word.

This article is adapted from Luther on the Christian Life: Cross and Freedom by Carl Trueman.