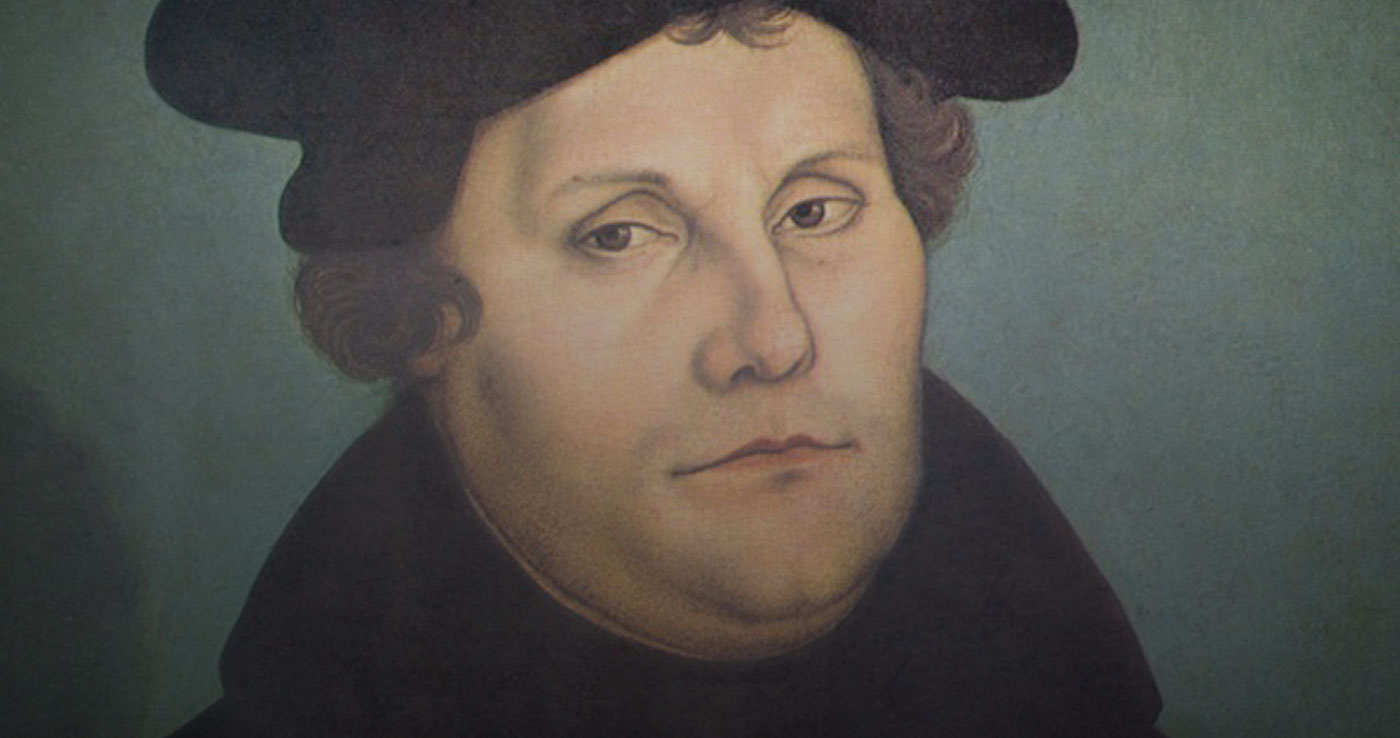 Indeed, one might say that he himself retained a somewhat childlike quality, as demonstrated in his sense of humor. Certainly, he regarded being childlike as an extremely important characteristic in the Christian when it came to matters of faith. He spoke of the basic catechetical faith as something he never fully mastered, of being like a little child in terms of his need of instruction, and of learning with his own children when he prayed with them each day. This was a point he made in the introduction to his Large Catechism: “I must still read and study the Catechism daily, yet I cannot master it as I wish, but must remain a child and pupil of the Catechism, and I do it gladly.”

Children are part of families, and families are grounded in the love of man and wife.

When it came to the rearing of actual children, Luther had plenty of advice. Childbearing is a deeply honorable task and one to be understood within the context of a loving home. Indeed, Luther actually criticized the apostle Paul in 1 Timothy 2:14–15 for using the impersonal term “woman” rather than the familial “mother.”

Children are part of families, and families are grounded in the love of man and wife. Thus, the context for childrearing is one of familial love. Indeed, when it came to discipline, even in the rather brutal times in which Luther lived, this was to be tempered by loving restraint: he thought that parents must not whip their children too severely, lest the children come to resent them. That may seem hard by our standards, but one can still appreciate the underlying sentiment.

On the spiritual side, Luther appears to have had devotions every day with his children, focused, as we might expect, on the basic elements of catechetical Christianity: the Ten Commandments, the creed, and the Lord’s Prayer. Again, typical of Luther, he saw this exercise not so much as a hierarchical one where he, the adult, taught the children, but as one where they all learned together, for he was in as much need of understanding what he prayed through with them as they themselves were.

Indeed, the spiritual education and health of the family was so important that, if the emperor himself were to try to inhibit or prevent it, the Christian would have an absolute duty to resist him— which, given Luther’s respect for the office of magistrate, speaks eloquently of his passion in this matter.

One aspect of family life in the sixteenth century that is less common today was infant mortality. Marriage, of course, is an interesting phenomenon: two people commit to live together till death parts them; yet few have any understanding of the traumas of life they will be called upon to face together. Newlyweds rarely contemplate the darker side of life on their wedding day, and yet that darker side must sooner or later enter the stage.

Luther had a somewhat ambiguous attitude toward death. As a Christian, he was aware that death brings to a conclusion a life of suffering and setbacks. Thus, he opined at one point that he hoped his wife and children would not long outlive him because of the dark and dangerous times pressing in. Yet death is brutally painful, particularly for those left behind, as he himself knew. Luther’s marriage was indeed loving and joyful and filled with laughter; but it was also touched at points with terrible darkness and pain caused by the death of two of his children, Elizabeth and Magdalene.

Elizabeth died on August 3, 1528, less than a year after her birth. Luther alluded to the death in a table talk: “There is no sweeter union than that in a good marriage. Nor is there any death more bitter than that which separates a married couple. Only the death of children comes close to this; how much this hurts I have myself experienced.”

Tragically, this was not to be the last time he suffered such bereavement. In 1542, he lost his beloved daughter Magdalene. A series of powerful table talks describe the impact upon him. When Katie, realizing the gravity of the child’s illness, began to weep uncontrollably, Luther reminded her that children have simple faith, have little fear, and die as if going to sleep. The Table Talk also records a conversation between Luther and the dying girl:

When the illness of his daughter became graver he said, “I love her very much. But if it is thy will to take her, dear God, I shall be glad to know that she is with thee.”

Afterward he said to his daughter, who was lying in bed, “Dear Magdalene, my little daughter, you would be glad to stay here with me, your father. Are you also glad to go to your Father in heaven?”

The father said, “You dear little girl!” [Then he turned away from her and said,] “The spirit is willing, but the flesh is weak [Matt. 26:41]. I love her very much. If this flesh is so strong, what must the spirit be?” Among other things he then said, “In the last thousand years God has given to no bishop such great gifts as he has given to me (for one should boast of God’s gifts). I’m angry with myself that I’m unable to rejoice from my heart and be thankful to God, though I do at times sing a little song and thank God. Whether we live or die, we are the Lord’s [Rom. 14:8]— in the genitive singular and not in the nominative plural.”

Here we see the existential agony of a father facing the death of a child. His theology tells him she is going to a better place, but his embodied creatureliness feels the pain of the unnatural intrusion of death as it takes his loved one from him. The pain was to continue, with the child dying in Luther’s arms as he wept and prayed while Katie sat in the same room, apparently paralyzed with grief. Then, the coffin was too small to contain her. Finally, at the funeral, the congregation sang Psalm 79:8, a reminder that even in the throes of mourning, Luther’s understanding of God and salvation was a source of comfort to him.

Luther died in 1546 while away in Eisleben on pastoral business. Ironically, he passed away in the very town where he had been born. He died away from home and absent from the arms of his beloved wife.

The text closed with the laconic statement, half in German, half in Latin: “We are beggars: this is true.” At the close of his own Christian life, as with Thomas Aquinas, it appears that the anticipation of eternity placed everything he had done and everything he knew into a modest and humbling light. Against the vast canvas of eternity, in the face of God, and in the context of God’s gracious revelation of himself in Christ, Luther was but a small child, barely touching the surface of the ocean of God’s mercy. Which is, one might say, exactly what he would have hoped to be.

We are all beggars. That is true.

This article was adapted from Luther on the Christian Life: Cross and Freedom by Carl Trueman.