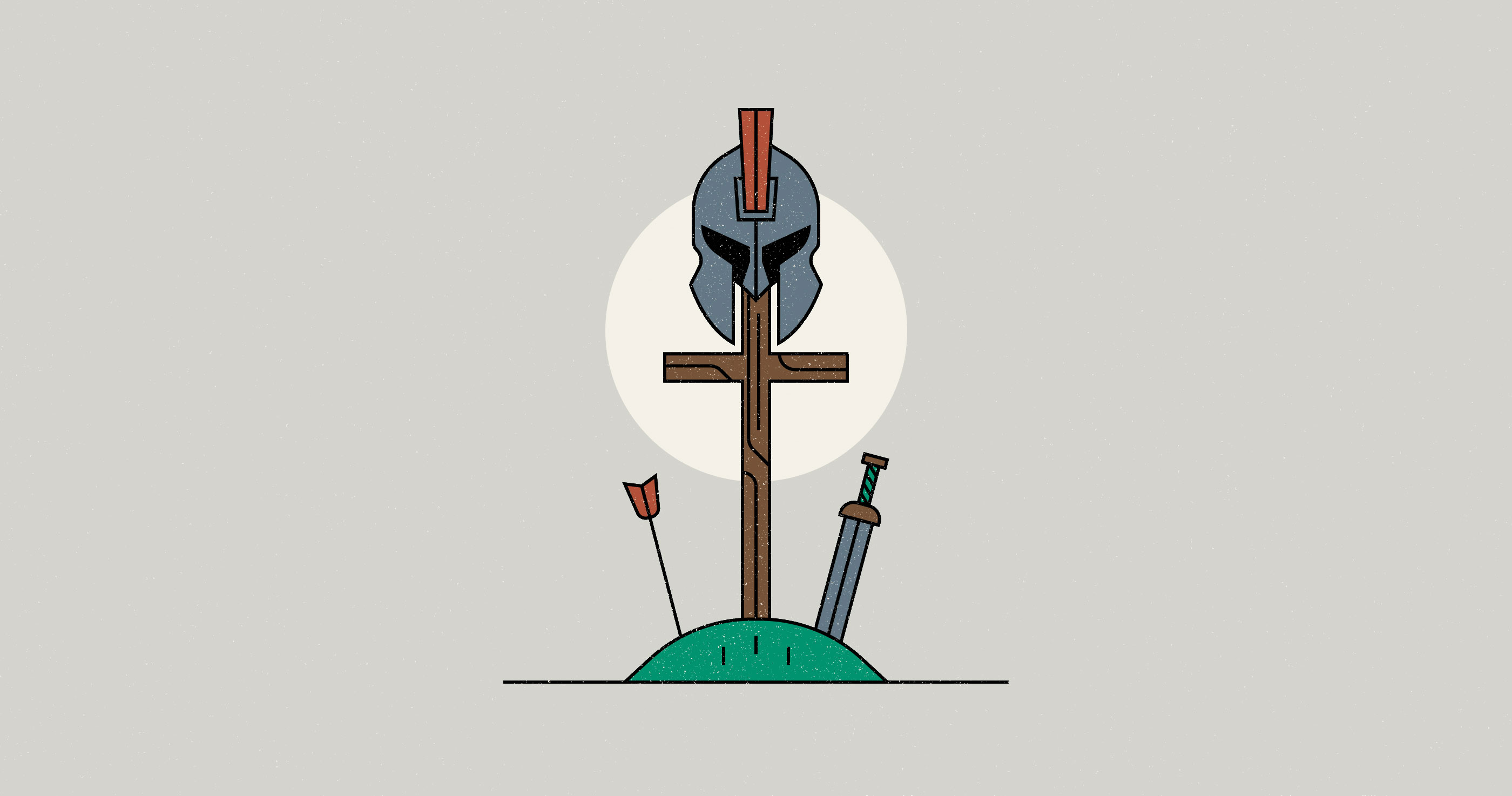 An Expectation of Vengeance

The classic film Gladiator is set in AD 180. In the opening scene, a Roman general, Maximus, leads his legionaries to victory over Germanic tribes. On his return, the emperor, Marcus Aurelius, asks Maximus to step in when he dies and make Rome a republic once again. But when the emperor’s son, Commodus, hears of this plan, he murders his father, proclaims himself emperor, and demands Maximus’s allegiance. Maximus refuses, escapes Commodus’s men, and heads for home. He’s been counting the days until he sees his wife and son again. But when he gets back home at last, he finds they’ve been crucified by Commodus’s troops.

Exhausted and despairing, Maximus collapses. He’s picked up by slave traders, who sell him as a gladiator. In a pivotal scene, we watch this man who has lost everything win victory before the emperor himself. When Commodus enters the arena and asks his name, Maximus pulls off his helmet and declares, “My name is Maximus Decimus Meridius, commander of the Armies of the North, General of the Felix Legions and loyal servant to the true emperor, Marcus Aurelius. Father to a murdered son. Husband to a murdered wife. And I will have my vengeance, in this life or the next.”1

The Jews of Jesus’s day were waiting for a hero who would overthrow the Romans and establish Israel once again. They had returned from exile in Babylon. But foreigners still ruled them, and through the prophets, God had promised them an empire-conquering King. Let's take a look at how the Gospels shine a light on Jesus as this King but how his victory inverted what his fellow countrymen expected—and why we twenty-first-century folk should still yearn for God’s everlasting King.

Jesus Christ, the Son of God

When Commodus first asks Maximus, “Why doesn’t the hero reveal himself, and tell us all your real name?” Maximus replies, “My name is Gladiator.” Commodus objects. That’s not his name; it’s his role. Likewise, when Jesus is called Christ, it’s not his name. The Hebrew word Messiah means “anointed one” and sprang from the ancient practice by which the kings of Israel were set apart by having oil smeared on their heads. The word Christ comes from the Greek translation of Messiah. For centuries, prophets sent by God had promised an empire-breaking, Israel-saving, death-defying, everlasting King. Just as Maximus was not just a gladiator but the ultimate Gladiator, the Gospel authors claim that Jesus is not just a king, but the King.

Mark’s Gospel opens with this claim: “The beginning of the gospel of Jesus Christ, the Son of God” (Mark 1:1). To us, “the Son of God” sounds first and foremost like a claim to Jesus’s divinity. Jesus did claim to be God’s everlasting Son—who with the Father and the Spirit is the one true God. But Jews of Jesus’s day would have heard Son of God primarily as meaning “Christ.” Just as commander in chief means “president” to Americans, so Son of God communicated “Christ.” Matthew fronts the claim as well: “The book of the genealogy of Jesus Christ, the son of David, the son of Abraham” (Matt. 1:1). David was Israel’s archetypal king, and Matthew retells Israel’s history through a genealogy that goes from Abraham (the father of the faith) to David (the greatest king) to the exile in Babylon (the epic disaster) to the coming of Jesus “who is called Christ” (Matt. 1:16).

Like a general directing his archers, Luke takes a more “wait for it” approach. But when the arrows fly, they come in style. An angel appears to Mary to tell her she’ll give birth to a son. “He will be great and will be called the Son of the Most High,” the angel explains. “And the Lord God will give to him the throne of his father David, and he will reign over the house of Jacob forever, and of his kingdom there will be no end” (Luke 1:32–33).

For Jews of Jesus’s day living under Roman rule, the coming of God’s long-awaited King meant everything. But for most of us today, the idea of Jesus as King may feel like a delivery we didn’t order. We might enjoy watching The Crown on Netflix, but none of us longs for a return to royal rule. We know from the grinding of history that when one person is in charge—whether a monarch or a supreme leader under another name—we’ll likely have a tyrant before long. Even systems like communism that supposedly exalt equality can quickly slump into dictatorship. So, we have forged democracies to try and spread the power out. It’s not a perfect system, but we stick with it and hope for the best. As Winston Churchill quipped, “Democracy is the worst form of Government except for all those other forms that have been tried from time to time.”2 So how can we make sense of Jesus’s claim to be the King today?

Ironically, the very thing that would have dashed the hopes of Jesus’s contemporaries is what should give us hope in Jesus as God’s everlasting King today. According to the expectations of his fellow countrymen, Jesus’s attempt to claim the kingship was a failure. Instead of taking up the throne, Jesus had taken up a cross. Instead of taking power for himself, he’d given it all up. Instead of beating others down in conquest, he’d lifted up the most despised in his society with tender care. Instead of the cross being his moment of defeat, it represents his greatest victory. By suffering injustice, Jesus came to roll out justice like the world has never seen before.

Instead of the cross being his moment of defeat, it represents his greatest victory. By suffering injustice, Jesus came to roll out justice like the world has never seen before.

Hosanna to the Son of David

In Gladiator, Maximus at first conceals his identity. It’s not yet time for Commodus to realize who he is. Likewise, time and again in the Gospels, Jesus tells people to keep quiet about his claim to be the Christ. But then the day comes for the news to hit the streets. Jesus is getting ready to go up to Jerusalem, and he sends his disciples to borrow a donkey. This seems like a strange mode of transport for God’s long-awaited King: like driving a minivan into town instead of a Mercedes. But that’s the point. Matthew connects this moment to a prophecy from Zechariah:

Even as he rides into Jerusalem as King, Jesus comes humbly. But the Jews of Jerusalem get it. They spread cloaks and palm branches on the road: the ancient Jewish equivalent of rolling out a red carpet. It’s a dangerous scene.

In Gladiator, when Maximus at last reveals who he is, the emperor’s guards turn their swords on him. But the crowd in the arena forces Commodus to give the thumbs up sign by shouting, “Live! Live! Live! Live!” Similarly, when Jesus finally makes a public claim to kingship, the crowds in Jerusalem are shouting the equivalent of “King! King! King! King!” “Hosanna to the Son of David!” they cry. “Blessed is he who comes in the name of the Lord!” (Matt. 21:9). “Hosanna” means “[God,] save, please,” and the “Son of David” marks Jesus out as the Christ: the heir of Israel’s greatest king. Jesus’s disciples shout as well: “Blessed is the King who comes in the name of the Lord!” (Luke 19:38). The Pharisees are horrified: “Teacher,” they demand, “rebuke your disciples.” But Jesus replies with one of my favorite lines in all the Gospels: “I tell you, if these were silent, the very stones would cry out” (Luke 19:39–40).

Jesus doesn’t need the crowds to validate his kingship. The gravel on the ground is ready to declare it at this point. The one who made the universe has come to claim his kingdom here on earth, and if the people that he made can’t see what’s happening, the stones will shout it out. Like Maximus, Jesus survived that day. But as with Maximus, it’s only a matter of time: these cloaks and shouts and palm branches are marking out his way not just to coronation but to death.

When Maximus revealed who he was in the arena, he promised Commodus that he would have his vengeance, in this life or the next. If we are Jesus’s people, we must fight with Jesus’s weapon of self-sacrificing, power-flipping, unrelenting love. Because Jesus will bring justice—in this life and the next.

Podcast: Why You Can't Put Jesus in a Box (Rebecca McLaughlin)

Rebecca McLaughlin discusses a number of unbiblical misconceptions that we may have about Jesus and offers encouragement for those with questions about who Jesus is. 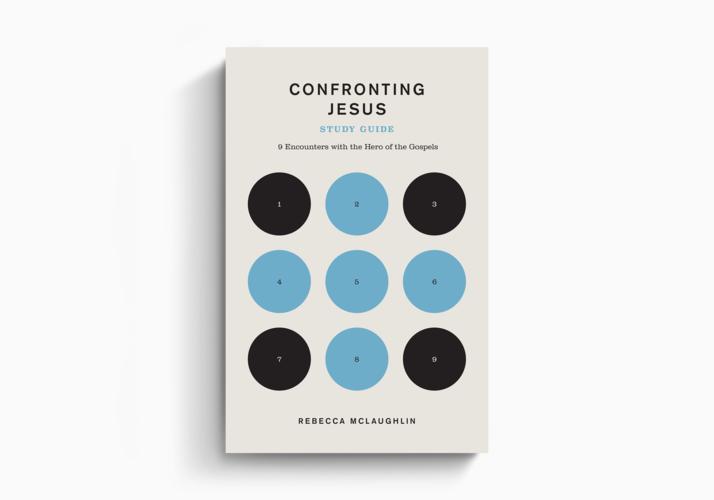 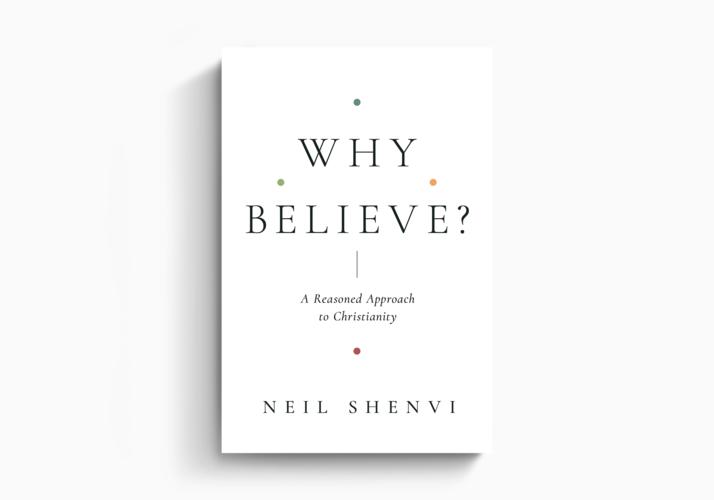