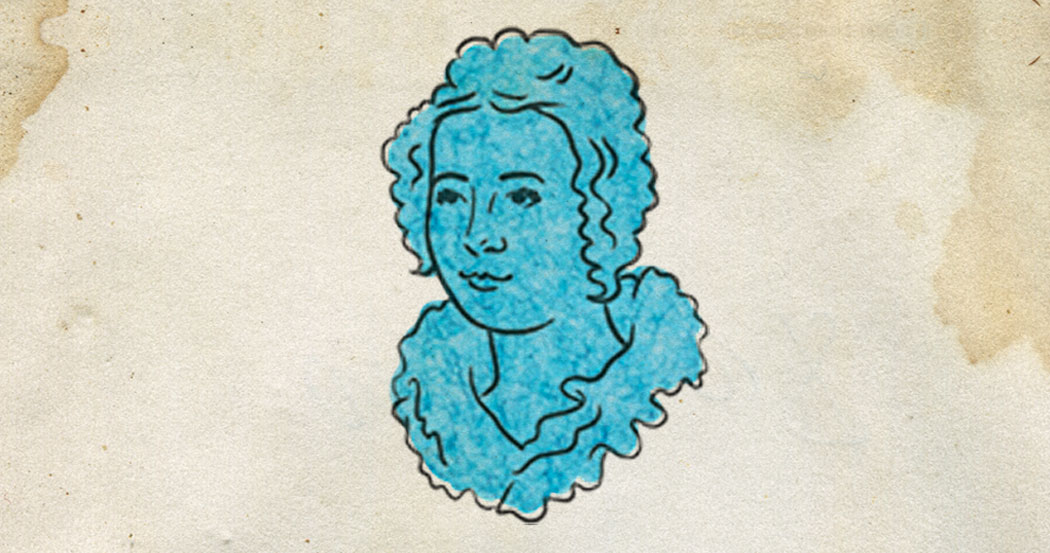 Historian David S. Schaff, son of the famous historian Phillip Schaff, was surely right when he noted that the name of Ann Hasseltine Judson (1789–1826) “is one of the immortal names in missionary biography.”1 Francis Wayland (1796–1865), the major nineteenth-century biographer of Ann’s husband, said after he spent time with her in 1822: “I do not remember ever to have met a more remarkable woman.”

With her husband Adoniram Judson (1788–1850) she was the first of a long line of American evangelical missionaries. In fact, her embrace, and that of her husband, in 1812 of Baptist principles is one of the key turning points in the history of the American Baptists: it marked this community’s entry into the modern missionary movement, an event sealed two years later by the formation of the Triennial Convention, so called because it met every three years. Moreover, Ann’s life story was repeated innumerable times in the nineteenth and twentieth centuries—almost every year between 1830 and 1856 there was a new edition of her biography, which prompted one author, Lydia Maria Child, to describe it as “a book . . . universally known.”

Thus, she became, along with her husband and others such as William Carey (1761–1834) and Hudson Taylor (1832–1905), a key source of inspiration for the modern missionary movement.

On June 28, 1810, Adoniram Judson, Ann's future husband, came for lunch at her parents’ home with three other students, all Congregationalists and all of whom had offered themselves to serve as missionaries with their body of churches under the auspices of what was called the American Board of Commissioners for Foreign Missions. They would be the first overseas American missionaries.

Almost immediately Adoniram was smitten by Ann’s vivacity, charm, and beauty, and a month later he formally asked her in a letter if she would consent to have him court her. She replied that he must secure her father’s permission. So it was, in July of 1810, that Adoniram sent her father one of the most extraordinary letters from a prospective son-in-law:

I have now to ask whether you can consent to part with your daughter early next spring, to see her no more in this world? Whether you can consent to her departure to a heathen land, and her subjection to the hardships and sufferings of a missionary life? Whether you can consent to her exposure to the dangers of the ocean; to the fatal influence of the southern climate of India; to every kind of want and distress; to degradation, insult, persecution, and perhaps a violent death? Can you consent to all this, for the sake of Him who left His heavenly home and died for her and for you; for the sake of perishing, immortal souls; for the sake of Zion and the glory of God? Can you consent to all this, in hope of soon meeting your daughter in the world of glory, with a crown of righteousness brightened by the acclamations of praise which shall resound to her Saviour from the heathens saved, through her means, from eternal woe and despair?2

Ann’s parents, John and Rebecca Hasseltine, allowed Ann to decide for herself. For her part, Ann was not able to answer Adoniram immediately. First, she barely knew him. And then she realized that to marry Adoniram was to commit herself to a missionary vocation, and she was not initially sure this was what God wanted for her life. For two months she wrestled with her feelings, her love for her family, and her dread of suffering alone in a foreign land. Finally, although many of her friends and acquaintances deemed her decision to leave America a “wild, romantic undertaking,”3 she came to the conclusion that marriage to Judson and a missionary life was indeed God’s will for her life.

About twenty months later, on February 5, 1812, Ann and Adoniram were married in the Hasseltine home where they had first met. The very next day was the ordination of Adoniram in Tabernacle Congregationalist Church in Salem along with three other Congregationalist missionaries for service in the Indian subcontinent. Two thousand crowded into the meetinghouse. A hush pervaded the crowd until the moment of ordination, when a wave of weeping and sighing swept through the congregation.4 Within two weeks the missionaries had all set sail for India.

Now, the British East India Company, which had a mandate to rule British possessions in the subcontinent, was intensely hostile toward missionaries in India. The only way that the Serampore Trio—Carey, Ward, and Marshman—had been able to stay was by residing in the Danish colony of Serampore. Thus, within ten days of the Judsons’ arrival in India, they were ordered by the company to leave the country.

In the providence of God they were ultimately led to Burma, reaching Rangoon on July 13, 1813. Burma lay then between China and India, hemmed in by mountains on both borders. It was an empire governed by a despotic emperor who ruled by fear. Corruption within the government was endemic, and the laws were cruel. Torture and mass executions were routine and kept the population subservient to their rulers. The religion of the Burmese was Buddhism, which Ann rightly described thus:

The religion of Burmah, then, is, in effect, atheism; and the highest reward of piety, the object of earnest desire and unwearied pursuit, is annihilation. How wretched a system is this; how devoid of adequate motives to virtue; and how vacant of consolation!

Ann and Adoniram lived in Rangoon for ten years, from 1813 to 1823, dealing with persecution and various hardships. During this time both of them mastered the language, though this feat did not come without much perseverance.

By December 1815, Ann was telling her sisters in America that she and Adoniram “feel quite at home, and can converse with ease on common subjects.” She felt that she was Adoniram’s equal in speaking the language; but when it came to reading and writing she was “far behind” her husband. What they specially found to be a challenge was conversation about the things of God “on account of the want of religious terms in their language.”5 It is noteworthy that Adoniram refrained from preaching until he had a good grasp of the language and had translated some of the Scriptures into Burmese.

Her Last Words Were in Burmese

In late 1821 Ann decided to return to America for a period of time, owing to a severe problem with her liver. It was a difficult decision to leave Burma and also Adoniram, but it was necessary for the recovery of her health.

Ann went via England and finally arrived in America on September 25, 1822. Her health was not sufficiently recovered when she decided to make the return trip to Rangoon by way of Calcutta on June 22, 1823. She arrived in Calcutta in mid-October 1823, and was advised not to proceed to Burma, as war seemed imminent between Great Britain and Burma. But Ann was eager to see Adoniram, so in November she sailed for Rangoon, arriving on December 5, 1823. She had been gone two years and four months in total, and the last letter Adoniram had had from her had been thirteen months before her return!

Immediately upon her return Adoniram and Ann moved to the royal capital of Ava. Within a couple of months of their arrival, the First Anglo-Burmese War (1824–1826) broke out. It was to be the first of three wars fought between the British and the Burmese Empire during the course of the nineteenth century. The war, which began primarily over the control of northeastern India, ended in a decisive British victory and was the longest and most expensive war in British Indian history. Fifteen thousand European and Indian soldiers died, together with an unknown number of Burmese military and civilian casualties. Moreover, the war cost the British between five and thirteen million pounds of sterling (roughly 18.5 billion to 48 billion in contemporary US dollars).

Although the Judsons were Americans, all Westerners became suspect, and Adoniram was imprisoned under horrific conditions. Ann literally saved his life by pleading with government officials to let him live, by daily taking food to him in the prison, and by relentlessly pressuring the government authorities throughout the course of the war to free him.

No sooner, though, than Adoniram was released in 1826, Ann fell sick, exhausted by this time of stress, persecution, and the burden of managing things without her husband’s help. She died on October 24, 1826, her last words being uttered in Burmese, the tongue of the people she had grown to love.6

The Christian Faith of Jane Austen

Learn more about how Jane Austen's faith went from sympathetic to genuine.

How to Fight Chronological Snobbery

C. S. Lewis saw and wrote about a suffocating enslavement to the beautiful myth of progress.

What Jonathan Edwards's Daughter Can Teach Us about Friendship

Our culture is not one that provides great encouragement for the nurture and development of deep, long-lasting, satisfying friendships. 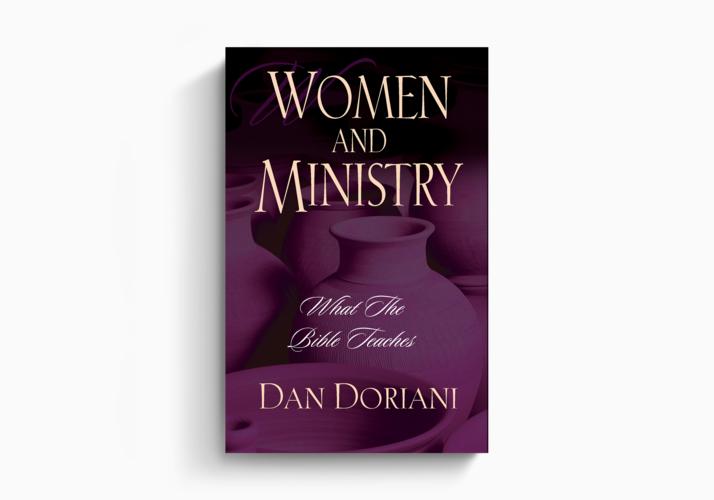