Grace and Love at Work

It can be really hard to remember God's love and to discern it in the day-to-day when you're working in the hospital witnessing other people's suffering, or even in the hospital as a patient yourself, enduring the pain and the separation from everything that you know to be normal. Or even if you're a loved one, grieving and worrying about someone who's in the hospital can be really difficult.

But we see from Scripture that God is there throughout all those moments and that his love for us doesn't change. When you really dive into Scripture and realize that he is merciful and that his steadfast love for us never ceases, when you observe things in the hospital, you can pick up glimmers of his love breaking through. It doesn't discount the tragedy of what you see, but you can still see his grace and love at work.

I took care of a patient shortly after Christ brought me to himself. He was a gentleman who had been in the ICU for months. After a few weeks, medical teams can do some really life-saving things in the ICU, but the longer a patient is in the ICU, the higher the risk is of them developing one complication after another. Eventually, people will go into this chronically, critically-ill state from which it's really hard to recover. 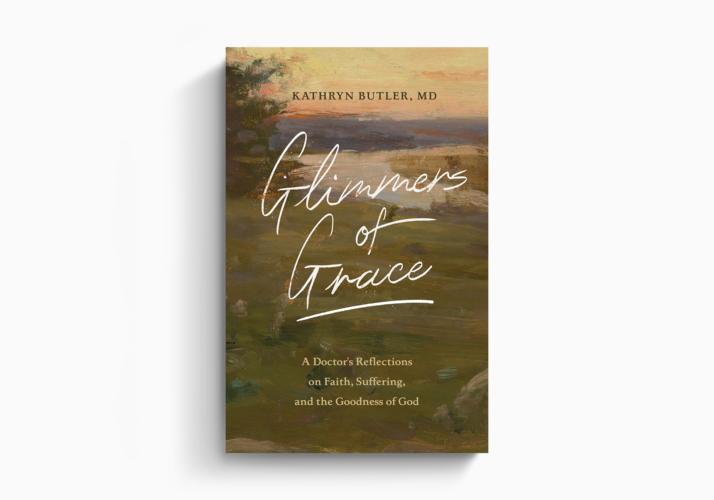 In Glimmers of Grace, Christian physician Kathryn Butler draws from her experience as a trauma surgeon and a Bible teacher to reflect upon how God’s word remains living, active, and trustworthy in the midst of illness.

This patient had been in the ICU for months and was very far into that process. He ultimately went into multi-organ failure. His wife had been by his side throughout this entire ordeal, with him every single day for months holding his hand and talking to him. She would vacillate between all the different emotional states you'd expect. Sometimes she would be stoic, other times she would be near tears, and other times she'd be angry at us.

Then one evening he had an event that—as was very clear to us—would be fatal. I called her and said, “You need to come in.” We had had conversations so many times before that she was used to me calling, but this was different and she could tell from my voice it was different.

So his nurse and I tried for the next half hour to keep him alive. We did bronchoscopy, administered medications, and changed the ventilator. We reached a point finally where we could do nothing more as his oxygen levels were hovering at about 70, which is not compatible with life. When there was nothing we could do, we looked at each other and knew this was it.

I said, “Lord, please, please just help him to hold on a little bit longer until his wife can get here. Please just let them have one more moment.” I just prayed that somehow he would work wonders and the traffic would part like the Red Sea before Moses's staff and let her come through Commonwealth Avenue. We kept waiting for the alarms to sound and for the heart tracing to flatline, and it didn't. His nurse and I looked at each other in disbelief. He hovered with an oxygen saturation of about 70 for half an hour.

But we see from Scripture that God is there and that his love for us doesn't change.

His wife finally arrived, in the Boston winter with her coat still on, and rushed into the room. The moment she held his hand, he died. Yes, the sorrow of what he had to endure was great, but that was an answer to prayer. God, because he is so gracious and so merciful, gave them the mercy of one last handhold, so that when he crossed over the threshold into death, she’d be there with him just as she'd been there with him through every night.

As a medical professional, you see moments of suffering, but you also see these moments when God provides and is just so merciful that you can't help but be awestruck by his love for us.

Kathryn Butler, MD is the author of Glimmers of Grace: A Doctor's Reflections on Faith, Suffering, and the Goodness of God.

Kathryn Butler (MD, Columbia University) trained in surgery and critical care at Massachusetts General Hospital and Harvard Medical School, where she then joined the faculty. She left clinical practice in 2016 to homeschool her children, and now writes regularly for desiringGod.org and the Gospel Coalition on topics such as faith, medicine, and shepherding kids in the gospel.

Podcast: A Trauma Surgeon’s Guide to Modern Medicine and the End of Life (Kathryn Butler, MD)

Kathryn Butler, MD shares from her experiences working as a trauma surgeon in an ICU and offers biblical wisdom for walking alongside loved ones at the end of life.

An Open Letter to the Christian Frontline Medical Worker

The work to which you’ve devoted your life can plunge you into your darkest hours, luring you into doubts about God’s love, perhaps even about his existence. Where is God in all this?

An Open Letter to Those Suffering in the Hospital

Perhaps in the hospital bed, you try to pray but can’t find the words. The spiritual disciplines upon which you’ve depended seem oceans away.

Kathryn Butler discusses her work as a trauma surgeon working in the ICU, sharing what it was like to be inundated with life and death situations day in and day out. 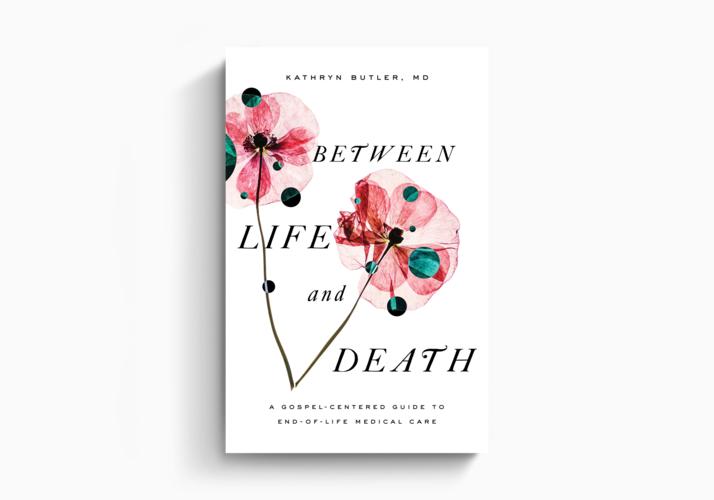