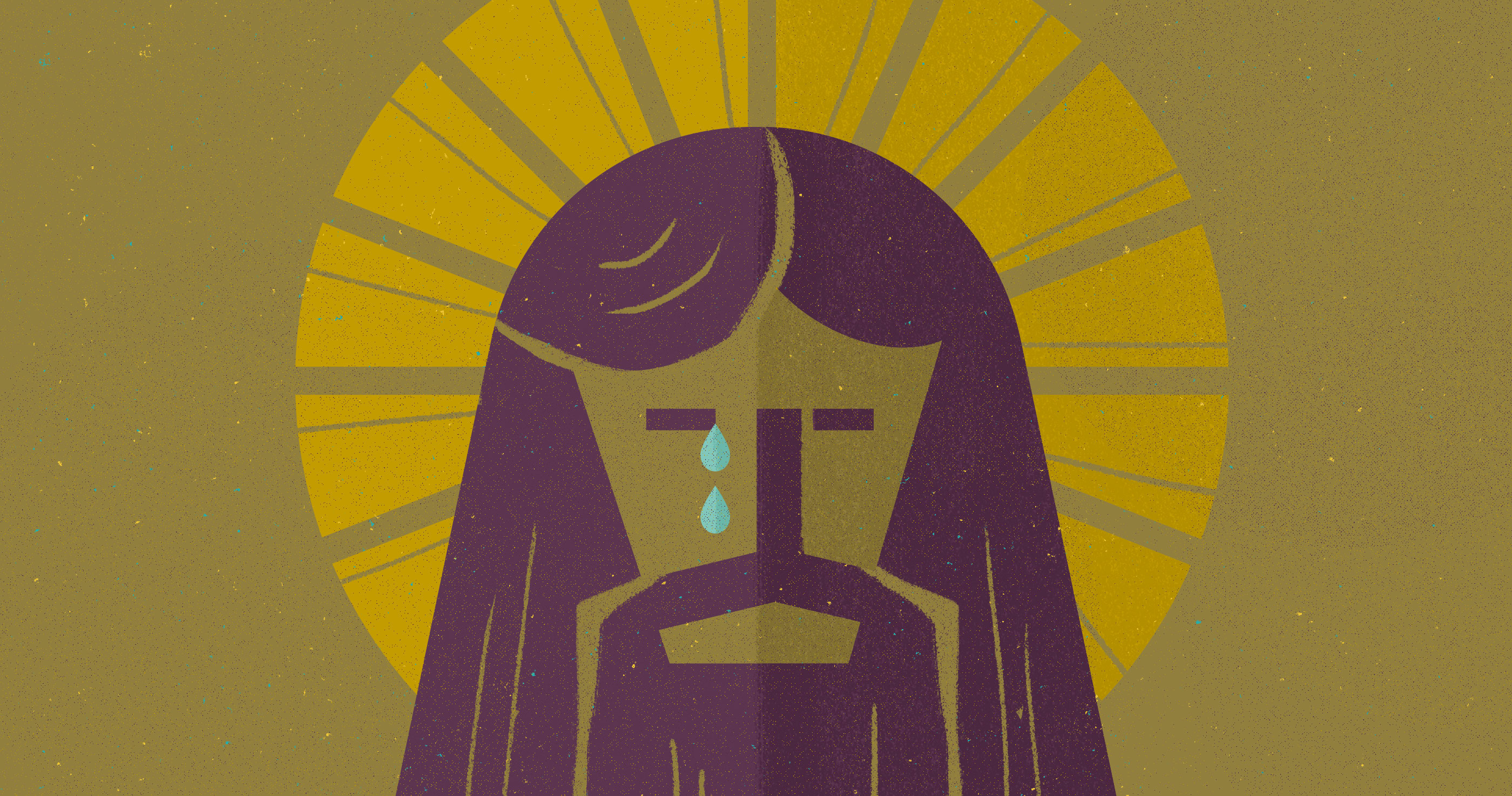 There are many possible entry points to a discussion of Christianity and suffering. Philosophers through the ages have offered defenses for the idea of a loving, omnipotent God in the face of suffering.1 Arguments address different kinds of suffering, from suffering caused by human sin (e.g., Nadia Murad’s rape) to suffering by natural causes (e.g., motor neuron disease), and suggest that inability to see a reason for any given experience of suffering does not mean a reason cannot exist. Rather than focusing on philosophical arguments, we will start with the Gospel story to which I have most often clung in the face of suffering. It’s a story of Mary and Martha, whom we first met in chapter 8, when Martha was serving, while Mary sat at Jesus’s feet. And it offers an entry point to a whole biblical theology of suffering.

In John 11, Mary and Martha’s brother Lazarus falls sick. But the sisters are lucky: they are close friends with a miracle-working healer, so they dial 911 for Jesus. The text claims, “Jesus loved Martha and her sister and Lazarus” (John 11:5). But then comes a stunning non sequitur: “So, when he heard that Lazarus was ill, he stayed two days longer in the place where he was” (John 11:6). Jesus frequently healed strangers. He even healed long-distance. But this time, when his closest friends cry out, he waits. This is the first reality with which Christians must grapple. Sometimes, we call for Jesus through our tears, and he does not come.

Three years ago, I rubbed up against an internal seam that left me in deep pain. Parts of myself that I had hidden for years and then tried to bring out into the light had been beaten back by a broken relationship. I had thought God was healing me, inviting me to not believe my fears, but now all the fears about myself that had hung around the periphery of my vision were coming true, and I was devastated. This was not earth-shattering grief: no one had died. But it was shattering to me. My husband witnessed more of my tears in the space of a month than in the previous ten years. One night, he tried to comfort me by reading from Psalm 121:

I lift up my eyes to the hills.
From where does my help come?
My help comes from the Lord,
who made heaven and earth. (vv. 1–2)

But I just cried more. “I feel like I am crying out to the Lord,” I explained, “and he is not helping me.” In biblical terms, we have models for our seemingly unanswered cries. On the night he was arrested, Jesus pleaded with God, “Father, if you are willing, remove this cup from me” (Luke 22:42). But he went to the cross nonetheless. Paul was tormented by a “thorn in his flesh.” He prayed repeatedly for the Lord to take it away. But God answered, “My grace is sufficient for you, for my power is made perfect in weakness” (2 Cor. 12:9). As Oxford professor C. S. Lewis grieved for the wife God had unexpectedly given him—complete with the death sentence of her terminal cancer—he reflected, “Not that I am (I think) in much danger of ceasing to believe in God. The real danger is of coming to believe such dreadful things about Him. The conclusion I dread is not ‘So there’s no God after all,’ but ‘So this is what God’s really like.’”2 At times, belief in an omnipotent God adds one more desperate tear on the face of suffering. Jesus could have come when Mary and Martha called. But he did not. Does Jesus not love these sisters after all?

Lazarus has been in his tomb for four days by the time Jesus arrives. Ever proactive, Martha goes out to meet him. “Lord,” she says, “if you had been here, my brother would not have died. But even now I know that whatever you ask from God, God will give you” (John 11:21–22). Perhaps we sense reproach in these words. And yet Martha’s faith in Jesus is complete: Lazarus is dead, but she still believes her Lord can help.

Jesus is no remote deity, watching suffering from a safe distance. He is the God who inhabits our suffering.

Jesus responds, “Your brother will rise again” (John 11:23). Like many first-century Jews, Martha believes in an end-time resurrection of God’s people. “I know that he will rise again,” she replies, “in the resurrection on the last day” (John 11:24). But we can almost hear this grieving woman think, But what about now, Jesus? What about now? Why won’t you help me now?

In this moment, Martha stands where many Christians stand when faced with suffering. We have ultimate promises: one day Jesus will return and put the world to rights. But we are much more like children than philosophers. Our pain is real and urgent. It refuses to be soothed by faraway hope. Neat, theological answers will not do. But neither are they all that Christianity offers.

When Jesus finally comes, he does not fix Martha’s problem. Instead, he changes the terms of engagement. Jesus looks into this grieving woman’s eyes and says: “I am the resurrection and the life. Whoever believes in me, though he die, yet shall he live, and everyone who lives and believes in me shall never die. Do you believe this?” (John 11:25–26). Is Jesus talking about Lazarus? Perhaps. Though he is physically dead, he trusted in Jesus, so he is truly, spiritually alive. But Jesus is not talking to Lazarus—not yet. He is talking to Martha, who is reeling from Lazarus’s death—a death that has cost her emotionally, and likely also jeopardized her security at a time when most women depended on male relatives for support. Martha longs to have Lazarus back. But Jesus looks her in the eye and says, “I am the resurrection and the life.” As you stand here in your desperate grief, your greatest need is not to have your brother back again. It’s to have me.

This statement is yet more shocking than Jesus’s failure to come in the first place. Far from being the “good moral teacher who never claimed to be God” of modern mythology, Jesus here claims not that he is offering good guidelines for life but that he himself is life: life in the face of suffering, life in the face of death.

All parents know that, at times, they must let their children suffer. We hold our crying babies still while strangers stick needles into their healthy flesh. They look at us through tears of betrayal, and we cannot explain that we are making them suffer now to save them from future disease. Some parents are faced with a far harder task: allowing doctors to poison their children with drugs that ravage their bodies, making them vomit and lose their hair as they lie shut up in a hospital for days, or weeks, or months. The pain is bitter, but with this cruel course these parents hope to save their child’s life. The question we must always ask of suffering is this: What could possibly be worth it? Jesus’s flabbergasting claim is that he is.

Martha responds with stunning faith: “Yes, Lord; I believe that you are the Christ, the Son of God, who is coming into the world” (John 11:27). But then she calls Mary, who falls at Jesus’s feet, weeping, and repeats her sister’s reproach, “Lord, if you had been here, my brother would not have died” (John 11:32). Jesus is deeply moved and troubled. He asks where Lazarus has been laid. And then we encounter one of the shortest and most confusing verses in the Bible: “Jesus wept” (John 11:35). These words are strange because we know how easily these tears could have been spared. If Jesus had only come when he was called, no one would be crying. The bystanders observe, “See how he loved him!” But some also wonder, “Could not he who opened the eyes of the blind man also have kept this man from dying?” (John 11:36–37).

We have all had the experience of being comforted by someone who does not truly understand what we are going through. It is often unsatisfying. But Jesus is no remote deity, watching suffering from a safe distance. He is the God who inhabits our suffering. The prophet Isaiah calls the Messiah, “a man of sorrows, and acquainted with grief” (Isa. 53:3), and we see in the Gospels how Jesus is moved with compassion for suffering people. This compassion goes beyond sympathy. Jesus does not just feel sorry for us in our weakness and pain. He takes that agony on himself.

Surely he has borne our griefs,
and carried our sorrows.

He was pierced for our transgressions;
he was crushed for our iniquities;
upon him was the chastisement that brought us peace,
and with his wounds we are healed. (Isa. 53:4–5)

In this prophecy, grief, suffering, and sickness are rolled up together with sin and guilt and loaded onto the Messiah’s back. And when Jesus comes, he carries that load. He bears the moral weight of guilt and sin in our place. But he also bears the heartbreak of our suffering. Jesus holds us close as we lament. He weeps with us as we weep. He knows the end of the story, when he will wipe every tear from our eyes. But this does not stop him from cleaving to us in our pain. In fact, pain is a place of special intimacy with him.

This article is adapted from Confronting Christianity: 12 Hard Questions for the World’s Largest Religion.

The Importance of Preaching the Theology of Suffering

Preach to your people a theology of suffering that places all our trials in the hands and will of a loving Father.

Help! It Feels Like God Is Far Away in My Suffering

Lament is the biblical language for people who feel like God is distant.