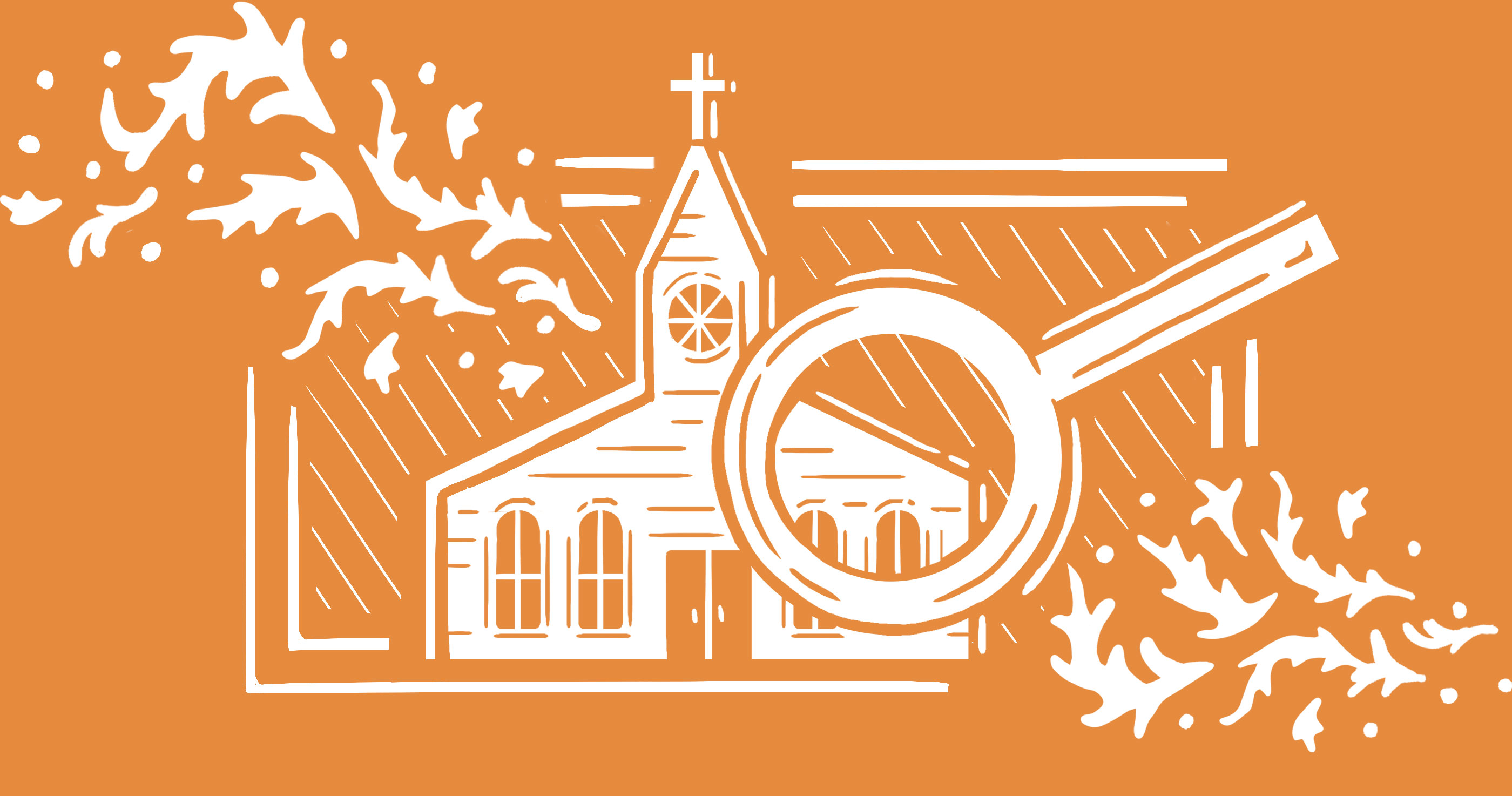 Importantly, both creeds confessed their ecclesiological belief in terms of the essence or attributes of the church rather than its ministries or roles. In part, this emphasis had to do with the church’s aim to define itself over against heretical groups that had separated themselves from the church while still claiming to be genuine churches.1 Of note are four essential identity markers: oneness, holiness, catholicity, and apostolicity.

The church is characterized by unity, especially in relation to sound doctrine. As Irenaeus affirmed early on,

The church, though dispersed throughout the whole world, even to the ends of the earth, has received from the apostles and their disciples this faith . . . [and] as if occupying one house, carefully preserves it. It also believes these points [of sound doctrine] just as if it had only one soul, and one and the same heart. It proclaims them, teaches them, and hands them down, with perfect harmony, as if it possessed only one mouth.2

This attribute of oneness finds substantial biblical support, from Jesus’s high priestly prayer that his followers be united (John 17:11, 21–23) to Paul’s insistence that the Holy Spirit grants unity to the church, especially with regard to being one body with one Spirit, hope, Lord, faith, baptism, and Father (Eph. 4:1–6; cf. 4:13). The church, then, is identified by its oneness, especially its unity in doctrine.

Unlike the world and its character of sinfulness, the church is characterized by holiness. This purity is positional, in the sense that the holy church is set apart for, or consecrated to, God and his purposes. Regretfully, the church is not always and everywhere empirically identifiable as holy, given its continued sinfulness as part of its living a liminal existence—already but not yet pure. This matter-of-fact unholiness did not stop early church leaders from calling their members to break from their sinfulness and pursue purity, underscoring this attribute. As Justin Martyr intoned, “Let it be understood that those who are not found living as Christ taught are not Christians, even though they profess with the lips the teachings of Christ.”3 Aware of the fragmentary nature of its present holiness, the church yearns for its future unveiling as “the holy city, new Jerusalem,” the radiant bride of Christ, clothed in his perfect holiness (Rev. 21:2).

Biblical support for this attribute includes references to the church as a sanctified, saintly assembly (1 Cor. 1:2; cf. 1 Pet. 2:9) and exhortations to the church to live as a holy people (1 Pet. 1:14–16). Therefore, an identity marker of the church is its holiness.

Rather than referring to the particular Roman Catholic Church, catholicity refers to the church’s universality (Gk. katholikos, “universal”). The church is catholic because of (1) the presence of Christ in it and (2) the universal commission given to it by Christ. Regarding the first reason, Ignatius offered, “Where there is Christ Jesus, there is the Catholic Church.”4 As for the second reason, Christ commissioned his disciples with the following order: “Go therefore and make disciples of all nations, baptizing them in the name of the Father and of the Son and of the Holy Spirit” (Matt. 28:19). This Great Commission is universal in scope. As explained by Cyril of Jerusalem, the church is catholic

In contrast to a peculiar splinter church (like that of Donatus or Novatian), the true church is catholic. Consequently, Ignatius issued a warning: “Whoever does not meet with the congregation [Gk. ekklēsia, ‘church’] thereby demonstrates his arrogance and has separated [or judged] himself.”6 As already noted, this characteristic of universality is well supported biblically by Jesus’s Great Commission (Matt. 28:18–20; Luke 24:44–49; Acts 1:8), with the corollary that people who seek to divide the church are to be removed from the church (e.g., Rom. 16:17–18; Titus 3:10–11). They are an impediment to its universality, which is an attribute of the church.

The church is characterized by adherence to the teachings of the apostles. Such apostolicity stands in contrast with heretical groups, which invent and promote false doctrine. As Tertullian explained,

From this we draw up our rule. Since the Lord Jesus Christ sent the apostles to preach, our rule is that no others ought to be received as preachers than those whom Christ appointed. . . . Now, what they preach—in other words, what Christ revealed to them—can . . . properly be proved in no other way than by those very churches which the apostles founded in person. They declared the gospel to them directly themselves, both viva voce [by live voice] . . . and subsequently by their writings. If, then, these things are so, it is equally clear that all doctrine which agrees with the apostolic churches—those matrixes and original sources of the faith—must be considered truth, undoubtedly containing that which the churches received from the apostles, the apostles from Christ, and Christ from God.7

Most importantly, the church is apostolic in the sense of adhering to the teachings of the apostles, as those doctrines and practices were written down in Scripture. This idea of apostolicity has firm biblical support, from the foundational role of the apostles (Eph. 2:20) to the authoritative instructions given by the apostles (1 Cor. 14:37; 2 Thess. 2:15; 3:4, 6, 10, 12; Titus 1:3; 2 Pet. 2:3). By heeding this apostolic teaching, the church demonstrates its characteristic of apostolicity.

In summary, the early church’s creedal confession of the identity markers of the church—oneness/unity, holiness/purity, catholicity/universality, and apostolicity—represents a historical precedent of the mere identity of the church.

This article is adapted from The Church: An Introduction by Greg R. Allison.

An Open Letter to the Evangelical Church on Christology

Scripture speaks to us on many issues, but none so important, glorious, and central as our Lord Jesus Christ.

Why You Can’t Be a Christian without the Church

A Christian is someone who, by virtue of his reconciliation with God, has been reconciled to God’s people.

5 Ways the Church Makes You Wiser

Church can be an indispensable source of stability and growth; a treasure trove of communal and Spirit-infused wisdom that we’d be foolish to neglect.

There is no greater need for the church today than to think rightly about Jesus, biblically and theologically. 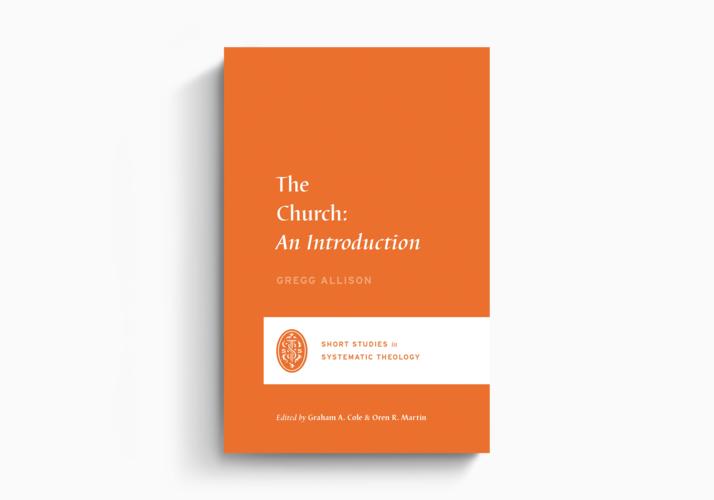 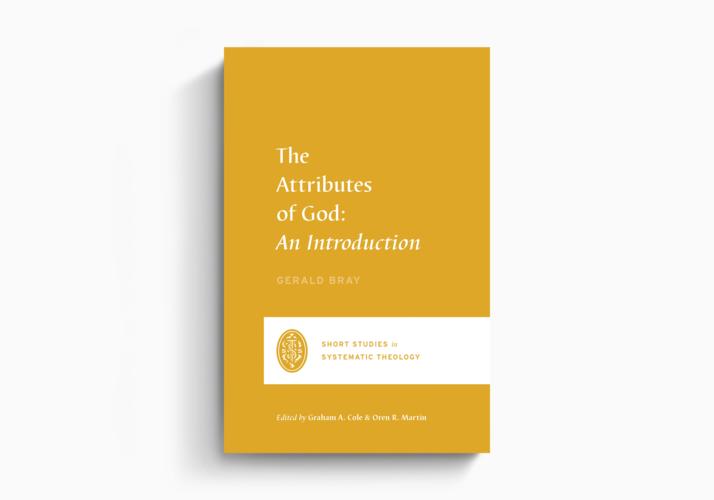 The Attributes of God
Gerald Bray 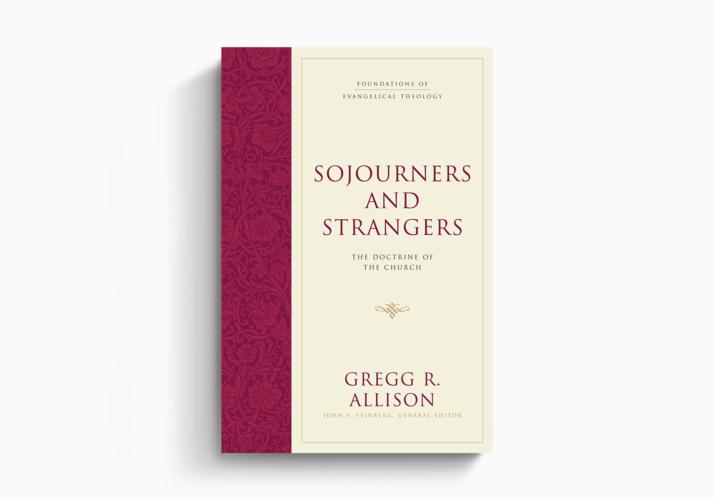 Sojourners and Strangers
Gregg R. Allison
Crossway is a not-for-profit Christian ministry that exists solely for the purpose of proclaiming the gospel through publishing gospel-centered, Bible-centered content. Learn more or donate today at crossway.org/about.