Theology is essentially the way in which the Christian church has received the Word of God revealed to us in the Bible and in Jesus Christ. The early church inherited the Hebrew Scriptures (our Old Testament) and accepted them as a true picture of who God is and what he is like. He is absolutely unique and sovereign over everything that exists, which he created out of nothing and for a purpose.

Furthermore, he gave human beings the right to rule in his name and established them in fellowship with himself. Nonetheless, our first parents were tempted away by Satan and sinned against God. The rest of the biblical story recounts how God’s plan to deal with this rebellion, first by choosing a special people for himself (Israel) and then by giving them prophets to teach them how to respond to him.

The first Christians inherited all of this from their Israelite forbears. However, in the person and work of Jesus Christ they came to a new and deeper experience of God. In the Old Testament, God appeared as One, dwelling among his people yet remaining largely unapproachable. He was the fire in the burning bush that could not be touched. He was present in the Holy of Holies, which was off limits to all but the high priest, who himself could only enter the inner sanctuary but once a year.

In Christ, all this changed.

Jesus broke down the barriers separating God from his people, revealing more about who he is and how he works. Believers are now seated in the heavenly places, with access to God’s presence through the indwelling Spirit of the Son, who comes from the Father. The Christian experience of God is therefore Trinitarian.

Jesus broke down the barriers separating God from his people, revealing more about who he is and how he works.

The person of the Father was the focus of Jesus’s ministry. He taught his disciples to think of God as Father, because otherwise they could not have understood Jesus as the Son. The Aramaic word ‘Abba’ (Father) was so characteristic of Jesus that it is preserved in the Gospels as a reminder of him.

Next came the work of the Father, who was understood as both the Creator and the Redeemer. There were people who thought that this was impossible, because, if a perfect God had created the world, the world would also be perfect and would not need redemption. They therefore concluded that the Creator was an inferior deity, whose work was perfected by the Father of Jesus Christ. If that idea had been accepted, the Old Testament would have been rejected as the revelation of a lesser being. Jesus would not have fulfilled its promises, but overturned its false teaching. This idea was contrary to his purposes, and so the early church had to reject it by insisting that evil is not intrinsic to creation, and that the God who made us is the same God who saves us.

Once that was clear, the person of the Son came under closer examination. How could he be God and man at the same time? This was the great question faced by the church in the fourth and fifth centuries. Various solutions were proposed but most were rejected. In the end, the formula that commanded the widest assent said that Jesus was a divine person—the second member of the Trinity—who became a man.

The next stage of development was less clear. The church could look at the work of the Son, exploring what he had come to do on earth and how he did it. Or it could look at the person of the Holy Spirit. Ultimately, the Western church (Latin-speaking and based in Rome) chose the former option and the Eastern church (Greek-speaking and based in Constantinople) chose the latter.

The work of the Son was expounded in great detail by medieval theologians, who concentrated on the meaning of his atoning sacrifice on the cross and how believers today benefit from that. It was agreed that Christ had paid the price for the sins of the whole world, but that not everyone benefited from this. Whether this was because they rejected God’s work on their behalf or because Christ had died only for those whom he had chosen for salvation became the central question that had to be resolved. Martin Luther achieved this by insisting that Christ died for sinners rather than for sins. Salvation was a personal relationship with God, not simply a magical healing brought about by the ‘drugs of immortality’ (as the Eucharistic elements were sometimes called). 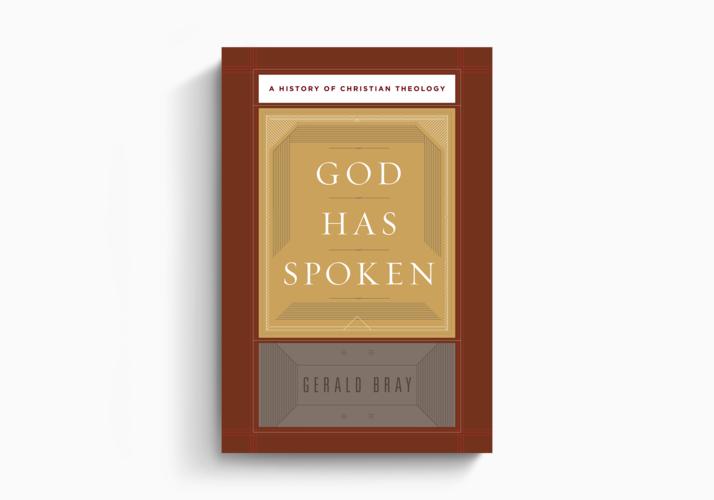 Intended for non-specialists, this book introduces readers to the history of Christian theology and is uniquely organized around a Trinitarian framework designed to present a more holistic account of the development of Christian doctrine.

Meanwhile, the Eastern church debated whether the Holy Spirit proceeded from the Father alone or from both the Father and the Son—a question that had been raised by the West (which confessed that he was the Spirit of both). It concluded that the former option was not possible, because there is only one God, and therefore only one source of divinity: the Father. As a result, East and West drifted apart and eventually separated.

The Western church, which agreed that the Holy Spirit was a divine person related equally to the Father and the Son, then proceeded to fragment over the nature of his work. Did he operate externally, through things like the church, the ministry, and the sacraments, or internally, in the heart of the believer? Broadly speaking, the Roman Catholic church took the former view and Protestants the latter.

More recently, secularization in the wider world and the ecumenical movement in the churches have produced a new situation. On the one hand, there is great debate about the existence of God, which is carried on between Christians and unbelievers. On the other hand, there is a renewed desire to understand the Trinity as a whole, and see how the persons and work of Father, Son, and Holy Spirit cohere in the being and mind of God.

This is where we are at the present time—back to the beginning in one sense, but also grappling with the most fundamental questions of all. It’s an exciting time to be alive!

Gerald Bray (DLitt, University of Paris-Sorbonne) is research professor at Beeson Divinity School and director of research for the Latimer Trust. He is a prolific writer and has authored or edited numerous books, including The Doctrine of God; Biblical Interpretation; God Is Love; and God Has Spoken. 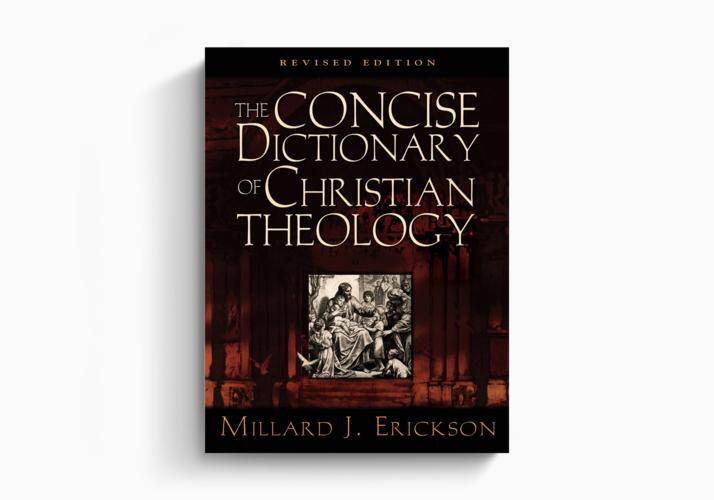 The Concise Dictionary of Christian Theology
Millard J. Erickson
Revised Edition
Crossway is a not-for-profit Christian ministry that exists solely for the purpose of proclaiming the gospel through publishing gospel-centered, Bible-centered content. Learn more or donate today at crossway.org/about.