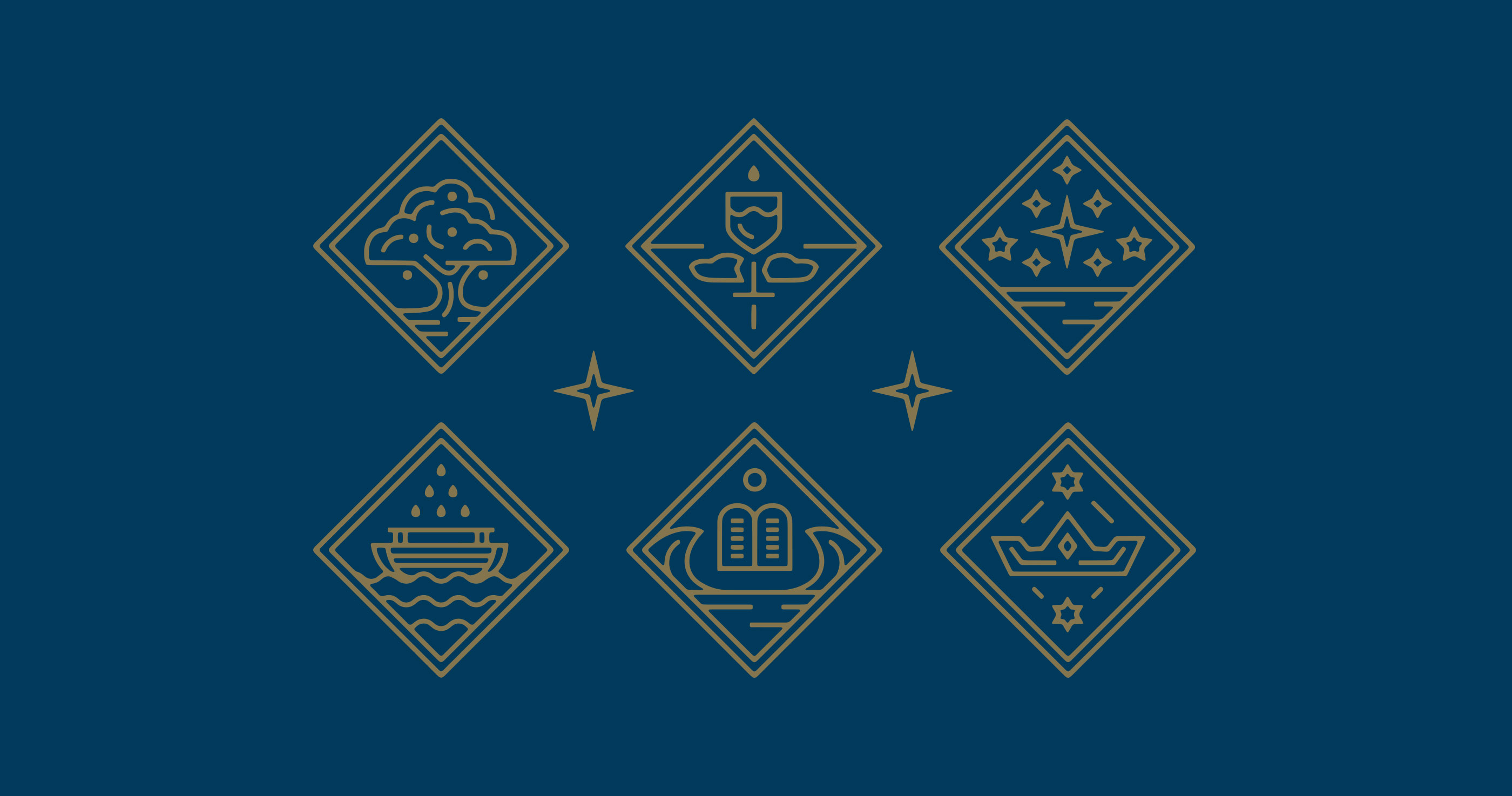 Covenant in the Christian Life

Many of us are familiar with the language of the covenant.1 We hear terms like covenant membership or covenant baptism, and yet some of us may still be hard pressed to describe what we mean by covenant. Why is this theme so important in Scripture? Why does it matter in the Christian life? If we are people of the covenant, then we must understand what covenant theology is all about and how we can explain it to others. Even though much has been written about covenant theology—and rightly so!—at its most basic level, covenant theology is simple enough to sketch on the back of a napkin.

In simplest terms, a covenant is a contract, an agreement between two or more parties. Marriage is the most familiar example in our culture, but almost anything that requires two signatures can be considered a kind of covenant—from buying a car to getting approved for a mortgage to signing up for a home security system. Whenever we have legally binding agreements, we have covenants.

Covenants in the Bible, however, are about more than contracts. They are about people. A covenant is a commitment that establishes a relationship between two or more persons. For our purposes, we are looking at those covenants that establish a relationship between God and his people, a covenant bond that establishes stipulations, makes promises, guarantees blessings, and threatens curses. Just as we must sign on the dotted line in our legally binding documents, so too did ancient covenants require some kind of oath ratification. Normally this involved blood as a sign and seal of the obligations established, the blessings promised (upon obedience), and the curses threatened (upon disobedience). 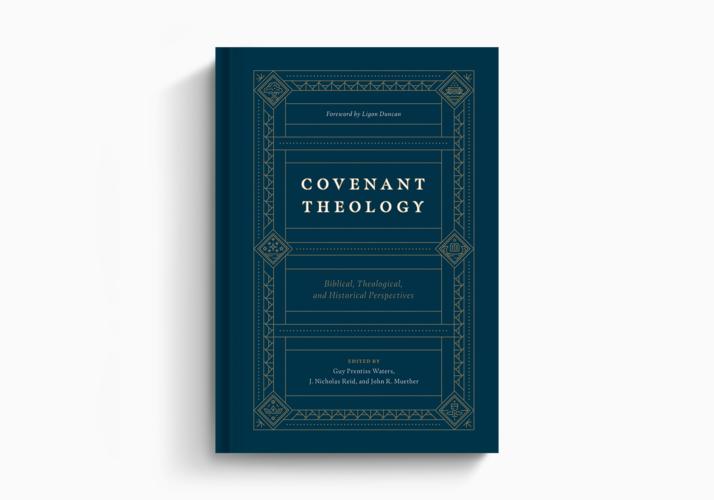 This book explores the biblical covenants and how they form the structure of the Bible and inform the Christian life. Featuring contributions from 26 scholars, this monumental work in reformed scholarship is biblically grounded, systematically conveyed, and historically connected.

Let’s start by talking about three different covenants in the Bible:

Here’s what we read in the Westminster Confession of Faith:

The distance between God and the creature is so great, that although reasonable creatures do owe obedience unto him as their Creator, yet they could never have any fruition of him as their blessedness and reward, but by some voluntary condescension on God’s part, which he hath been pleased to express by way of covenant. (7.1)

That is a fancy way of saying that for God to enter into any kind of agreement with man—even one based on works—was an act of grace. The confession continues:

The first covenant made with man was a covenant of works, wherein life was promised to Adam; and in him to his posterity, upon condition of perfect and personal obedience. (7.2)

That is a succinct definition of the covenant of works. Adam was a public person. He was the federal head for the whole human race, meaning he was the representative for all who would come after him. This is sometimes called federal theology or federalism, foedus being the Latin word for “covenant.”

Famously, Genesis never calls this arrangement with Adam a covenant. But Hosea 6:7 says that “like Adam [Israel] transgressed the covenant,” implying that Adam’s relationship to God was covenantal in nature. The tree of the knowledge of good and evil was a probationary tree, testing Adam to see if he would keep God’s covenant. Eternal life in paradise with God was promised to Adam and his posterity on the condition of obedience, while death was promised if Adam disobeyed.

Adam and Eve would be God’s treasured people, in paradise, in his presence— if they kept the covenant. That’s at the heart of each covenantal arrangement. We see it with Abraham as God promises to make him into a great nation (people) and give him a great land (paradise) and be with him as his God (presence).2 We see the same three basic items in the new covenant as well. As the church, we are God’s chosen people, enjoying the “already” (and awaiting the “not yet”) of our heavenly inheritance of paradise, while we delight in the presence of God by union with his Son and by the indwelling of his Spirit.

All three gifts—people, paradise, presence—were squandered by Adam in the garden. And so we see curse instead of blessing. Adam and Eve are cursed with toil and pain (people), then the ground is cursed (paradise), and finally Adam and Eve are cut off from the presence of God as they are kicked out of Eden and their reentry is barred. Adam is a covenant breaker—and all of us with him. God still requires perfect obedience in order to receive the full blessings of the covenant. But on this side of the fall, none of us are capable of meeting these requirements, so now all who rely on the works of the law are under a curse (Gal. 3:10).

Some people object to any sort of covenant based on works. They argue that God only, and always, deals with human beings in grace. In one sense, that is certainly true. As we’ve already seen from the Westminster Confession, even God’s arrangement with Adam was marked by a gracious condescension. And yet, we don’t have to shy away from the language of works, because there is clearly a do-this-and-live principle central to God’s command surrounding the probationary tree. There is no grace as forgiveness of sin in the covenant with Adam. No deliverance is operative (though it is foretold) because at that point there is no human sin to infest God’s perfect world. The blessings of God are promised on condition of works fulfilled.

Man, by his fall, having made himself uncapable of life by that covenant, the Lord was pleased to make a second, commonly called the covenant of grace; wherein he freely offereth unto sinners life and salvation by Jesus Christ; requiring of them faith in him, that they may be saved, and promising to give unto all those that are ordained unto eternal life his Holy Spirit, to make them willing, and able to believe. (7.3)

We say more about this covenant in our next section, but for now let me simply point out that this covenant of grace is one covenant that allows for different manifestations.3We see God’s promise to Noah (and to the rest of humanity through him) in Genesis 8–9—a covenant of preservation whereby God graciously promises to maintain the orderly workings of his creation. We see God’s promise to Abraham (and to the nations that will come from him) in Genesis 12—the paradigmatic example in the Old Testament of covenantal blessing. We see God’s promises to Moses (and to the nation he was leading) in the Pentateuch—a covenantal arrangement full of law but also replete with a gracious sacrificial system and rich messianic foreshadowing. We see God’s promise to David (and his royal descendants) in 2 Samuel 7—a covenant of kingdom guaranteeing that a king from the line of David would forever sit on the throne. And finally, we see the new covenant predicted in Jeremiah 31—a covenant of consummation, fulfilling all that was prefigured through Abraham. In other words, outside a couple of chapters in Genesis and Revelation, the entire Bible shows the unfolding of God’s plan and promise to bless his people through this one covenant of grace.

For God to enter into any kind of agreement with man—even one based on works—was an act of grace.

At first, this may seem like overeager theologizing by speculative systematicians. But actually, there is plenty of evidence in Scripture for a salvation pact between the Father and the Son. We know that the elect were chosen not out of thin air but in Christ before the foundations of the world. We know that promises were made to Christ that he would be given a people by the Father (John 6:38–40; cf. 5:30, 43; 17:4–12). We know that Christ, as the second Adam, is the covenant head of his people (Rom. 5:12–21; 1 Cor. 15:22). And we know from a text like Psalm 2 that there was a decree whereby the eternally begotten Son was given the nations as his heritage and the ends of the earth as his possession (2:7–8). In other words, the Son was granted, by an eternal arrangement, a people to save and to redeem. This is why Jesus in John 5:36 says that he has come to do the works that the Father has given him to accomplish and why Jesus in Luke 22:29 speaks of the kingdom the Father has assigned to him. The covenant of grace in time is made possible by the covenant of redemption from all eternity.

The Middle Ground between Dispensationalism and Covenant Theology

Putting together the biblical covenants is central to the doing of biblical and systematic theology.

10 Things You Should Know about Covenant Theology

The Bible is a book about God’s plan to glorify himself by saving sinners through the work of his Son, Jesus Christ. At every point, Scripture’s covenant theology leads us to Jesus. 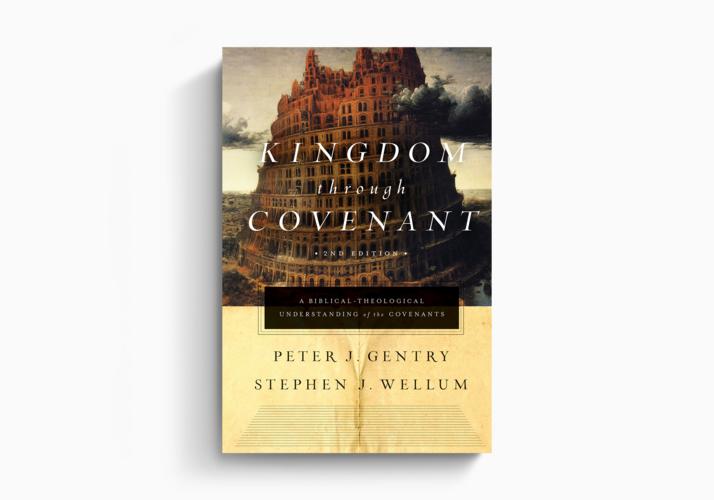