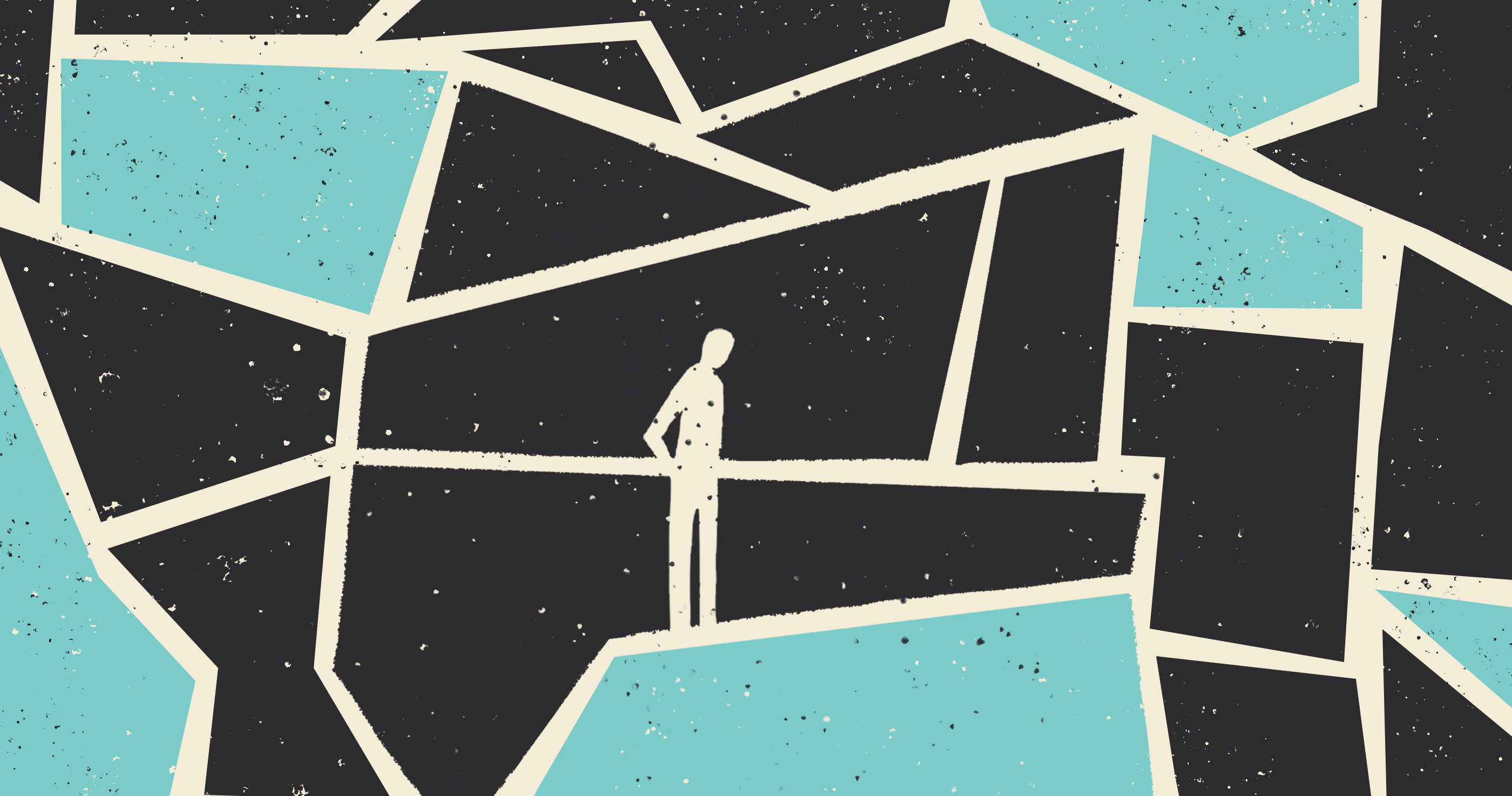 Many anxious teens will feel as if they are completely weird, that no one else is like them or understands them. They look around at their peers and can’t imagine anyone else their age feeling like they do. They see the carefully curated social media images of perfect, happy, and confident classmates and conclude that they are the odd one out. Ashamed and embarrassed, they withdraw from friends, family, and social occasions, to suffer alone in lonely isolation. “I’m just weird,” they conclude.

One of the best things we can do for our teens is to explain to them that many teens suffer in the same way. Despite what the social media feeds communicate, the reality is that teen anxiety is at epidemic levels, so much so that it is now the most common issue for which teens seek counseling.

Anecdotal evidence backs up the statistics. One female Christian counselor recently described how, when she first started counseling twenty-four years ago, “Probably one out of every twenty kids coming in were dealing with anxiety. . . . Now, out of my new appointments, I would say at least sixteen of every twenty families are here for that reason, if not more.”6

Adults play a vital role in helping teenagers through anxiety and depression, and this book gives spiritual encouragement and practical direction for parents and other adults who want to help but don’t know what to do. A companion volume to Murray’s Why Am I Feeling Like This?, written for teenagers.

It’s not just common in our culture, it’s also common in the Bible. Even strong and mature Bible characters such as King David and the Apostle Paul battled worry, anxiety, and fear (Ps. 56:3; 2 Cor. 7:5; 1:8). The most common command in the Bible is “Fear not!” which means it must be a very common problem.

You might be wondering why one book would try to deal with both anxiety and depression. Aren’t they different problems? While there are differences, many experts now view them as two sides of the one coin, or two faces of the one basic problem. Yes, someone can be depressed but not anxious, or anxious without being depressed, but about 50 percent of teens who have one also have the other, to some degree.

When it comes to depression, 13 percent of twelve- to seventeen-year-olds experience major depression in any one year, with depression affecting about 20 percent of adolescents by the time they become adults. That’s every fifth teen in your child’s class.

We also find biblical figures who experienced depression. Look at how depressed the psalmists were in Psalm 32 and Psalm 88, how depressed Elijah was at the lowest point of his ministry (1 Kings 19:1–8), and how Job slipped into depression at various times (Job 3:11–15; 30:16–26).

As anxiety is more common than depression for teens, and it usually comes before depression, the primary focus of this book will be anxiety. However, most of the remedies work for both anxiety and depression, as we will see.

Teen Anxiety and Depression Are Normal

Apart from using statistics and the Bible to assure teens that anxiety and depression are common, one of the best ways we can “normalize” these problems is to talk about mental illness and other emotional disorders as common experiences in a fallen world. Speak about it around the supper table or in the car. If we are teachers or preachers, we can talk about it in the classroom, in the pulpit, or at youth groups. Look out for long-term changes in your teen’s behavior and moods and take opportunities to ask her what’s going on in her thoughts and feelings. You could say, for example, “You seem to be a bit down or troubled. Can I help in any way?” To maximize the chances of your teen opening up to you, try not to come across as judgmental, critical, or scared.

Only one thing is worse than never talking about such disorders, and that is to mock, shame, or stigmatize those who suffer with them. Such a cruel and arrogant attitude will ensure that our teens will never talk to us about these challenges or seek our help. They will either bottle it up and suffer in silence, or else they will seek help from others outside of the Christian community, who may lead them astray. At worst, they may start cutting themselves to find temporary relief, or even attempt suicide as a permanent solution.

Instead, in our homes, our schools, and our churches, we want to talk about these issues as normal abnormalities in an abnormal world. We want to build a culture of transparency and trust so that our teens will feel free and safe to talk about their fears without fear. Anxiety and depression are simply two of the many consequences of the fall, and teens should be able to talk about them just as we talk about asthma, broken arms, disrespect, purity, and so on.

Teen Anxiety and Depression Are Varied

We must avoid stereotypes of anxiety and depression because they actually can manifest themselves in multiple ways. Just because we or someone else we know suffered in a certain way does not mean that everyone experiences it in that way.

There are many kinds of anxiety. The most common are panic disorder, specific phobias, generalized anxiety disorder, and social anxiety disorder.7 Some anxiety (and depression) is genetic, sometimes it is a response to trauma, and sometimes it is caused by exhaustion or perfectionism. Some of these disorders are long-term but low-grade. Other times they are brief but acute. They make some kids withdraw and others aggressive. Sometimes it is the result of guilt—both true and false guilt. Nervous kids get it, but so do hyperconfident kids. Girls get it, and so do boys; although more girls admit it than boys. Help your teen identify their unique symptoms of anxiety—physical, spiritual, emotional, mental—so they can recognize it in the future.

God has provided many ways to heal these agonies or help your teen to manage and handle them better.

It’s important to appreciate the variety and diversity of anxiety and depression, because if we have a set but limited caricature of an anxious person, we could miss it or respond to it wrongly. This is why it’s important to get experienced professionals like doctors and trained counselors involved in diagnosing these disorders.

Teen Anxiety and Depression Are Terrible

Imagine that you are driving your family to church, and you suddenly hit black ice, spin out of control, and start heading toward a precipice. Your fight-or-flight system is firing on all cylinders. You’re sweating, your heart is pounding, your muscles are tensed, your insides are doing somersaults, and you know you are about to die.

But, by God’s grace, your vehicle stops just before going over the cliff. You are safe but shaking uncontrollably; your guts are a mess, you can hardly string two words together, you want to cry or even scream.

That’s what anxiety is like for many of our teens. You will calm down an hour or so after your brush with death, and eventually the memory of the black ice will fade. But for anxious teens, it’s like they are heading toward the precipice twenty-four hours a day. That’s how terrible and terrifying this can be for them. It’s as horrifyingly real to them as you heading toward the cliff. Try to remember that when you are talking with them. Or look up the hashtag #thisiswhatanxietyfeelslike on Twitter to sample some of the raw descriptions that people have submitted.8

Depression is no better, and often is worse. Imagine the sadness you would feel if one of your loved ones died. That can be the level of pain in depression, often with no hope of alleviation. In 2016 the demographic with the highest increase in rate of suicide was ten- to fourteen-year-old girls, for whom the rate tripled.9 Again, look up the hashtag #thisiswhatdepressionfeelslike for more graphic descriptions.

Teen Anxiety and Depression Are Treatable

One of the most encouraging aspects of teen anxiety is that although it is so common, varied, and terrible, it is also one of the most treatable mental or emotional disorders. That’s why it’s so tragic that a 2015 report from the Child Mind Institute found that only about 20 percent of young people with a diagnosable anxiety disorder get treatment.10

Depression is more stubborn to remove, but, there’s still much that can be done. God has provided many ways to heal these agonies or help your teen to manage and handle them better. As parents, pastors, teachers, and counselors, we have a great opportunity to reach out to our suffering teens and help them access help, as well as play a role in providing help ourselves. One of the first steps in becoming a resource for our suffering teens is understanding what’s actually happening in these disorders.

This article is adapted from Why Is My Teenager Feeling Like This? A Guide for Helping Teens through Anxiety and Depression by David Murray.

10 Things You Should Know about Teenagers

Do teenagers confuse you? This article shares 10 things you should know about them.

12 Truths for Depressed and Anxious Christians

Be sure that a theological error is not the root of your distress. Especially have a solid understanding of the covenant of grace and the riches of mercy revealed in Christ.

Help! My Teen Struggles with Self-Image

From its beginning, the self-esteem movement has been crushing. And the movement hasn’t dissipated over the last generation or two, it has only intensified. 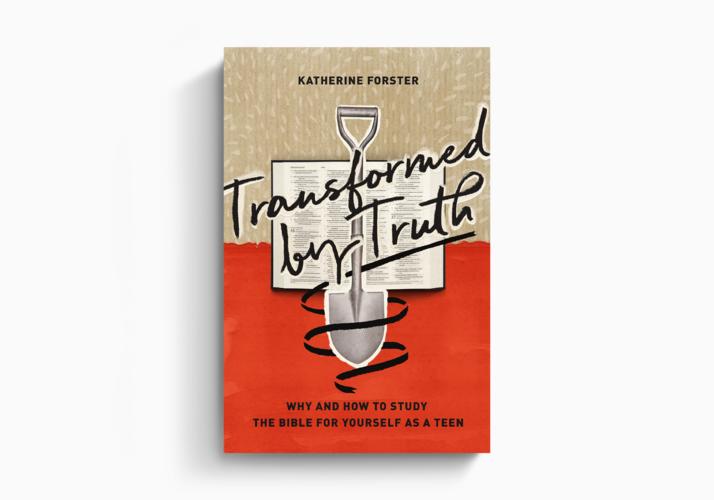