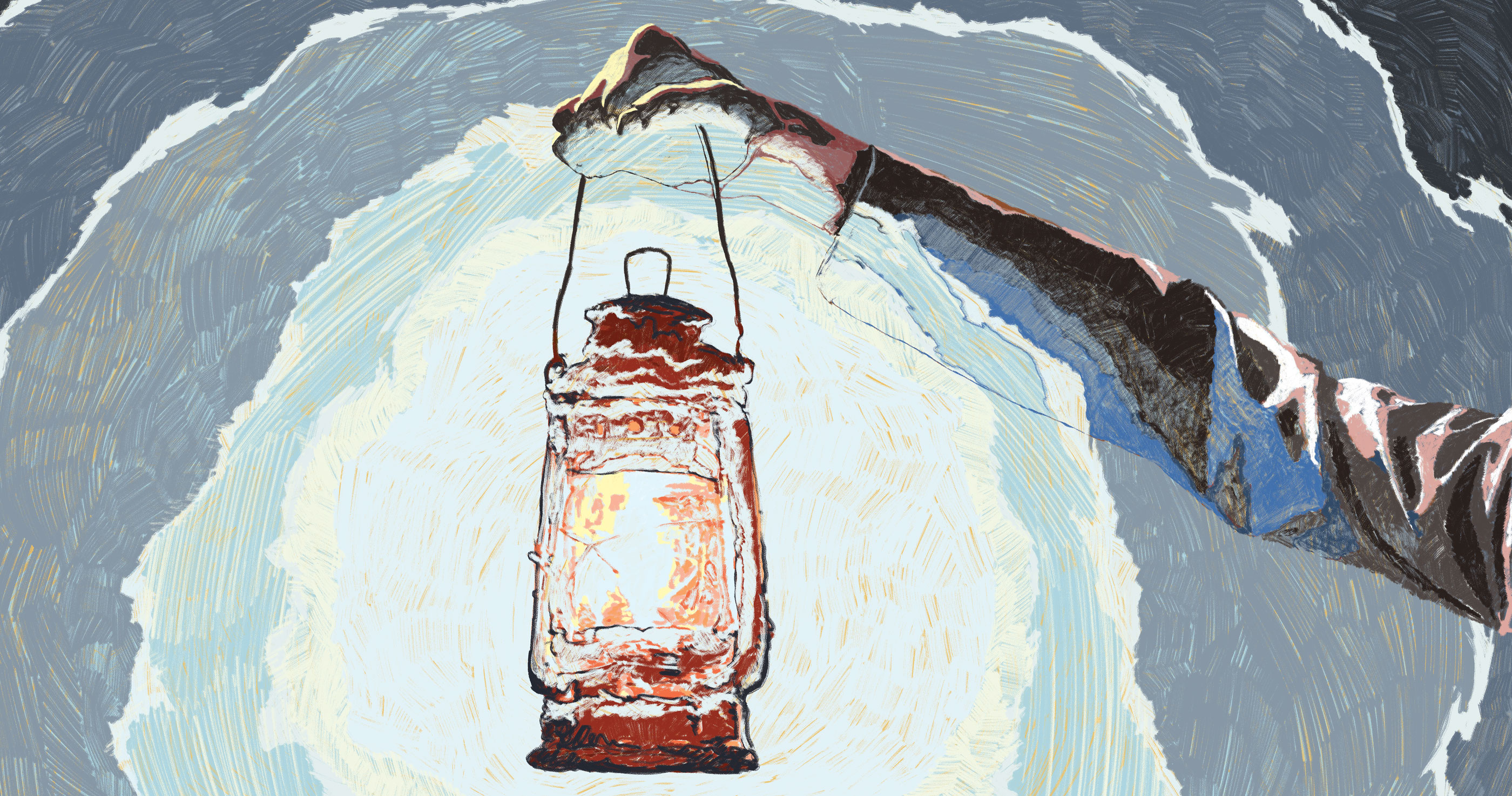 Understand Who Jesus Is

In the middle of the last century the British writer C. S. Lewis got it shockingly right:

A man who was merely a man and said the sort of things Jesus said would not be a great moral teacher. He would either be a lunatic—on the level with the man who says he is a poached egg— or else he would be the Devil of Hell. You can shut Him up for a fool, you can spit at Him and kill Him as a demon; or you can fall at His feet and call Him Lord and God. But let us not come with any patronizing nonsense about His being a great human teacher. He has not left that open to us. He did not intend to.1

In other words, Jesus will not be domesticated. But people still try. There seems to be something about this man for everybody. So we pick and choose in a way that shows he is on our side. All over the world, having Jesus on your side is a good thing. But not the original, undomesticated, unadjusted Jesus. Just the revised Jesus who fits our religion or political platform or lifestyle.

When I was in graduate school in Germany in the 1970s, I reviewed a book called Jesus für Atheisten,2 which you don’t need German to translate. It was a Marxist “reading” of the life of Jesus. According to that book, the essence of Jesus’ teaching was the call to radical action against the establishment. It was a call to ultimate devotion to “the kingdom”—the inbreaking of the new society (Marxism).

It is a strange thing that, among folks who do not follow Jesus as their Lord and God, almost no one wants to say bad things about him. The same thing is true of crosses: They are nice to wear for jewelry, but nobody wants to die on one. The only crosses people want are domesticated ones. It makes sense, then, that a man who calculated his whole life to die on one would be dangerous to believe in.

Can we know him as he really was—and is? How do we come to know a person who lived on the earth two thousand years ago—one who claimed to rise from the dead with indestructible life and therefore lives today? Some people say you can’t. The real Jesus is buried in history, they say, and there is no access to him. Others are not so skeptical. They believe that the biblical records of Jesus’ life are reliable, and that its earliest interpreters—like the apostle Paul—are more dependable guides than today’s critics. 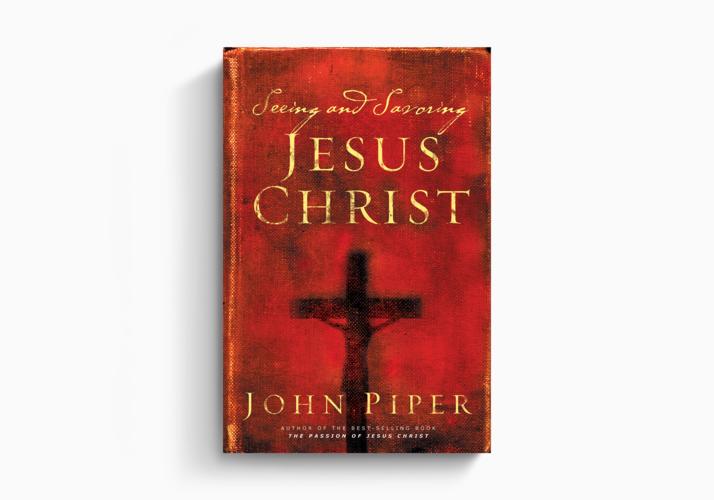 Pastor John Piper unveils the person of Christ so that everyone can understand Jesus' deity, power and wisdom. This accessible volume can awaken unbelievers and sweeten any Christian's view of the Lord's character.

But how can you be sure that the biblical portrait of Jesus is true? People take two paths in search of solid ground under the feet of faith. One is the path of painstaking historical research to test the authenticity of the historical records. I followed this path during my formative years in seminary and graduate school and college teaching. In spite of all the challenges to my faith in those days, I was never shaken loose from the conviction that there is good warrant for trusting the New Testament documents about Jesus. Today there are many compelling books—both scholarly and popular—that support this confidence.3

As a pastor rather than a college teacher, I still value the path of scholarly historical research. In fact, I lean on it often. However, I am more immediately aware now that the vast majority of people in the world will never have the time or the tools to trace out all the evidences for the historical reliability of the New Testament. If Jesus is the Son of God, if he died for our sins and rose from the dead, and if God meant for people, two thousand years later, to have a well-founded faith, then there must be another path to know the real Jesus, other than by rigorous, academic, historical research.

There is another path. It starts with the conviction that divine truth can be self-authenticating. In fact, it would seem strange if God revealed himself in his Son Jesus Christ and inspired the record of that revelation in the Bible, but did not provide a way for ordinary people to know it. Stated most simply, the common path to sure knowledge of the real Jesus is this: Jesus, as he is revealed in the Bible, has a glory—an excellence, a spiritual beauty—that can be seen as self-evidently true. It is like seeing the sun and knowing that it is light and not dark, or like tasting honey and knowing that it is sweet and not sour. There is no long chain of reasoning from premises to conclusions. There is a direct apprehension that this person is true and his glory is the glory of God.

The apostle Paul described this path to knowledge of Jesus in 2 Corinthians 4:4-6:

Notice that Paul speaks of God’s enlightening our hearts (as in the work of creation) to apprehend “the knowledge of the glory of God in the face of Jesus Christ.” He is talking about people who have never seen the historical Jesus. How can they know him and be sure of him? What they “see” is the verbal portrayal of Jesus in the Gospel, that is, in the apostolic preaching of Christ. This portrayal, Paul says, accompanied by God’s shining “in our hearts,” appears to us as what it really is—“the glory of God in . . . Jesus Christ,” or as “the glory of Christ . . . the image of God.”

You can see that two things make this path possible. One is the reality of the glory of Jesus Christ shining through his portrayal in the Bible. The other is the work of God to open the eyes of our blinded hearts to see this glory. This is very different from God “telling us” that the Bible is true. It is, rather, God’s enabling us to see what is really there. This is an important difference. If God whispered in our ear, as it were, that the Jesus of the Bible is true, then the whispering would have the final authority and everything would hang on that. But that is not the path I see in the Bible nor the path I follow. Rather Jesus himself, and his divinely inspired portrayal in the Bible, have the final authority.

When we see Jesus for who he really is, we savor him.

The practical effect of this path is that I do not ask you to pray for a special whisper from God to decide if Jesus is real. Rather I ask you to look at the Jesus of the Bible. Look at him. Don’t close your eyes and hope for a word of confirmation. Keep your eyes open and fill them with the full portrait of Jesus provided in the Bible. If you come to trust Jesus Christ as Lord and God, it will be because you see in him a divine glory and excellence that simply is what it is—true.

Sometimes this path is called the “testimony of the Holy Spirit.” The old catechisms say it this way: “The Spirit of God, bearing witness by and with the Scriptures in the heart of man, is alone able fully to persuade it that they are the very Word of God.”4 Be sure to notice that the Spirit persuades “by and with the Scriptures.” He does not skirt the Scriptures and substitute private revelations about the Scriptures. He removes the blindness of hostility and rebellion, and thus opens the eyes of our hearts to see the self-evident brightness of the divine beauty of Christ.

When we see Jesus for who he really is, we savor him. That is, we delight in him as true and beautiful and satisfying. That is my goal, because two things flow from such an experience of Jesus Christ: he is honored, and we are freed by joy to walk the narrow way of love. Christ is most glorified in us when we are most satisfied in him. And when we are satisfied in him, we are crucified to the world. In this way, seeing and savoring Jesus will multiply the mirrors of his presence in the world. As the apostle Paul said, “We all, with unveiled face, beholding the glory of the Lord, are being transformed into the same image from one degree of glory to another. For this comes from the Lord who is the Spirit” (2 Corinthians 3:18). Beholding is becoming. Seeing Christ saves and sanctifies.

This article is adapted from Seeing and Savoring Jesus Christ by John Piper.

We Read the Bible to Commune with God

We know God for who he is, and meet him as he is, when we meet him through his word—the Bible.

Podcast: How to Become a Better Bible Reader (Phil Ryken)

What are the literary qualities of Scripture and why should we not just read the Bible for what it says, but for how it says it?