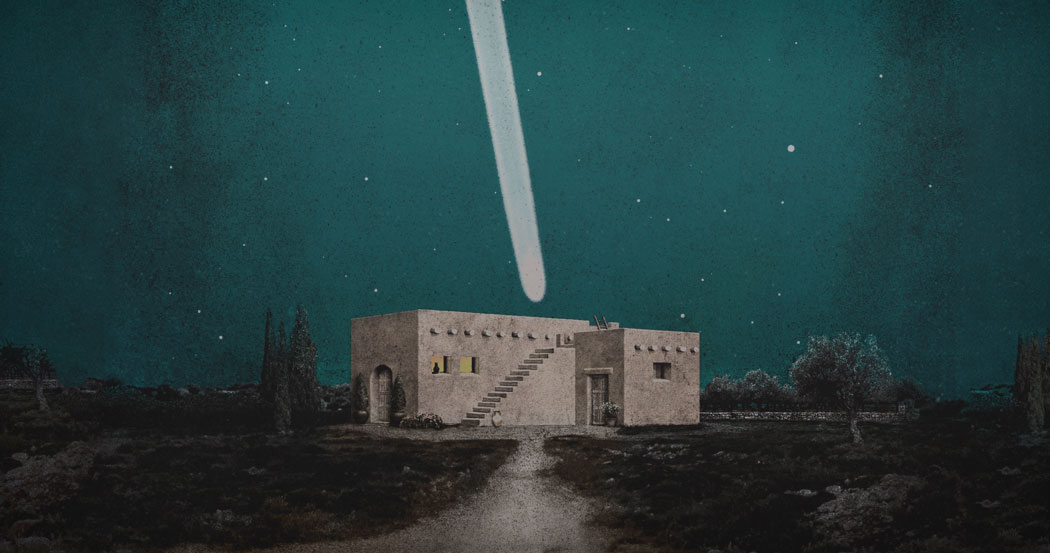 Most of us love our Christmas traditions, especially singing the old, familiar carols. From time to time, however, we might well wonder about the correctness of some of the things we’re singing so gustily. For example, did Jesus never cry as a baby? Was Jesus really born in the “bleak midwinter”? Was the night truly silent in busy Bethlehem when Jesus was born?

My book, The Great Christ Comet: Revealing the True Star of Bethlehem, the result of over four years of Biblical, historical, and astronomical research and close collaboration with some of the world’s top astronomers, is about to be released in the United States. In it I disclose for the first time what the Star was and what it did to so impress the Magi.

To celebrate the publication of the book, I thought it would be fun to have a glance over some of the Christmas carols to see how accurate they are in what they say about the Star. Naturally, the Star is a prominent feature of the carols. In fact, in some we even sing as Magi addressing the Star on their way to find and worship the baby Messiah. For example, in “We Three Kings,” we sing “Star of wonder, Star of night, Star with royal beauty bright; westward leading, still proceeding, guide us to thy perfect light.”

A number of carols emphasize the Star’s newness. Some explicitly state that it was a “new light” or a “new-lighted Star.” Another declares that it was “a stranger ‘midst the orbs of light.” Still others express its newness in a different way, for example by asking: “What star is this, with beams so bright?”

These descriptions could hardly be more appropriate for a great comet. Comets like the Star of Bethlehem appear suddenly as a strange new feature of the starry night. Because the Comet was so loaded with extremely volatile chemicals, it would have started reacting to the Sun and developing a head and tail as far away as the orbits of the outer planets. The closer the Comet came to the Sun, the more gas and dust it would have spewed out and the brighter it would have become.

At some key point it became sufficiently bright to be noticed by the Magi. At first they wouldn’t have been sure whether it was a nova (an exploding star) or a comet star, but, after a few weeks of observation, they’d have noticed some movement and so classified it as a comet. As the months passed, the Star would have become an increasingly stunning feature of the night sky, not only because of its brightness but also its remarkable growth.

Many carols portray the Star as present for the entire journey of the Magi from their eastern homeland to Bethlehem: “And by the light of that same star three wise men came from country far, . . . to follow the star wherever it went.” “Bearing gifts we traverse afar, field and fountain, moor and mountain, following yonder star” even as it was “westward leading, still proceeding.”

As they traveled to Judea, the Star was leading them or “pointing” the way. It continued to shine brightly for them “all the way till it stood o’er the place where the young Child lay.” Although Matthew does not explicitly state that the Star accompanied the Magi as they crossed the wilderness to Judea, we now know that it did. Each night it climaxed its journey across the sky by setting in front of them to the west, encouraging them to keep going.

According to most carols, the Bethlehem Star was bright. They speak of the Star in the eastern sky as having “beams so bright” and refer to it as “the brightest and best of the sons of the morning,” and claim that “to the earth it gave great light.” Another speaks of the light of the Star at that time being so strong that the brightness of “all the stars above were paling, all their luster slowly fading.” One famous carol assumes that its brightness was greater not only than that of all the fixed stars, but also greater than the planets, including Venus, because it was clearly visible even during the day: its “great light . . . continued both day and night.” With respect to the Star during the Magi’s long journey to Jerusalem and then Bethlehem, it is described as “a star with royal beauty bright” that was “beaming bright.” One carol proclaims that “Bright was the guiding star that led, with mild, benignant ray.”

My research indicates that the Star of Bethlehem was in the super-league of the brightest comets. Not only was it intrinsically very bright, but it also made close passes by both the Sun and Earth, which caused it to appear extremely bright. For some weeks it would have been capable of casting shadows.

At its peak—around the time of “its rising” in the eastern morning sky (Matt. 2:2), which seems to have coincided with the start of the Feast of Tabernacles—it would have shone with an intensity exceeding that of the full Moon! It would have rivaled the brightest comets of the last few centuries. One carol nails it when it says, “How brightly shines the morning star!” In the weeks before and after this it would have been sufficiently bright to be visible during the daytime not far from the Sun. During the Magi’s journey to Judea the Star remained magnificently radiant, though the brightness was steadily diminishing.

At the point when the Star was guiding the Magi from Jerusalem to Bethlehem and pinpointing the house where the baby Messiah was, the Comet would have been a stunning sight, although it would only have become visible at sunset (cf. Matt. 2:9). So, with respect to the Star’s brightness, the carols are remarkably accurate.

"Over Bethlehem It Took It’s Rest"

At the end of the Magi’s long journey, according to a couple of carols, the Star stood not just over Bethlehem, but over the spot where Jesus was: “Over Bethlehem it took its rest. And there it did both stop and stay right over the place where Jesus lay. . . .Then did they know assuredly, within that house the King did lie.”

Another even has the Star’s light shining down on the crib: “Then came the star and it stood overhead, shedding its light ’round His little bed.” What happened historically was that the Comet, its tail streaking upwards, appeared, from the Magi’s perspective, to be standing over one particular house in Bethlehem. That is because the comet, about to set, was on the other side of the house from where the Magi were located. It was in that very house where the Magi discovered the baby Messiah whom they were seeking.

Of course, the carols do get some things wrong—for instance, the Magi weren’t “wise men,” “sages,” “kings,” or “princes,” but rather professional astronomers and astrologers who made daily observations of the sky; as to their number, we have no firm basis for the conclusion that there were three of them; the Star didn’t “[draw] nigh to the northwest,” nor did it actually “stop”; and Mary, Joseph, and baby Jesus weren’t in “a stable” when the Magi arrived.

All in all, however, the carols are surprisingly close to the mark in key respects concerning the Star, specifically when they claim that it was a new celestial body that became extraordinarily bright in the eastern morning sky, led the Magi across the wilderness to Jerusalem and then southwards to Bethlehem, and then pinpointed for them the very house where baby Jesus was.

So, go ahead and sing those parts of the carols with extra gusto!