When Jesus Was Indignant

Children occupied a precarious position in the Hellenistic society of the first century. Sometimes children were loved and sometimes exploited, depending upon how they were perceived as benefiting the family. Roman law gave the father absolute power over his family—which extended to life and death. As late as AD 60 a son was put to death by the simple order of his father.

How refreshing then was the Biblical, Hebrew culture where all children were considered to be gifts from the Lord. Rachel spoke as the mother of her people when she cried, "Give me children, or I shall die!" (Genesis 30:1). Hannah prayed in the temple for a child. When God answered, she named him Samuel ("God has heard"). She later gave Samuel to the Lord's service (1 Samuel 1:20, 28). Hebrew culture elevated the family and children!

How refreshing then was the Biblical, Hebrew culture where all children were considered to be gifts from the Lord.

Mark 10 shows a further elevation of children by our Lord. The account opens in verse 13 with Mark telling us that "they were bringing children to [Jesus] that he might touch them, and the disciples rebuked them." As best we can gather, fathers, mothers, and perhaps older children, were bringing young children, many of whom were babies (for that is how Luke describes them in his parallel account, 18:15), to Jesus for his blessing. This was in keeping with a classic Jewish custom that dated all the way back to the time when the patriarch Israel laid his hands upon the heads of Ephraim and Manasseh and blessed them (Genesis 48:14). It was all very proper, traditional, and wonderful. Proud parents held out their precious children to Jesus, who took them in his arms where they snuggled close. He placed his hand on their warm little heads, and lifting his eyes to Heaven, pronounced a blessing.

We can surmise that quite a number of cheerful families stood in line chatting, with babes in arms and children scurrying around. Then it stopped. Outside the house the disciples were sending them away with a rebuke!

Why were they doing this? They were protecting Jesus. They knew Jesus was under pressure. Wherever he went, he found conflict–one time with demons, another time the religious establishment, etc. And if that was not enough, there were the crashing crowds. This matter of blessing children was simply one more drain. Besides, these were just children. They were of little importance. They could not enter debate or contribute to the cause, even if they did understand about Jesus. So the disciples stopped the flow.

Verse 14 indicates that Jesus saw what was happening, and "he was indignant." The Greek word translated "indignant" occurs only here in the New Testament and is a combination of two words: "much" and "to grieve." He was much grieved!

Our Lord's Elevation of Children

Jesus was angry, and his words have a clipped, staccato ring to them: "[He] said to them, 'Let the children come to me; do not hinder them, for to such belongs the kingdom of God'" (v. 14). What should we draw from these passionate words?

First, Jesus loves children. Jesus, after all, had been a child himself. He was a real baby, child, teenager, and man. We see Christ's love for children as he celebrates the delight of a mother on giving birth (John 16:21), the gentle love of a father who cuddles his children (Luke 11:7), and parental love that listens to a child's every request (Matthew 7:9; Luke 11:11).

Many of his miracles involved children: the nobleman's little son (John 4:46-54), the demonized son of the man at the Mount of Transfiguration (Mark 9:14-29), Jairus' daughter to whom Christ tenderly said, "Talitha cumi," which means, "Little girl, I say to you, rise" (Mark 5:41). Jesus truly, as man and God, love children!

How sobering, then, are Jesus' words, "do not hinder them." The Talmud says, "A child tells in the street what its father and mother say at home." What are children learning in our homes and in our churches?

Our Lord's Elevation of Children's Faith

Jesus said, "Truly, I say to you, whoever does not receive the kingdom of God like a child shall not enter it." The word translated "not" is very strong. New Testament scholar William Lane comments: "The solemn pronouncement is directed at the disciples, but has pertinence for all men confronted by the gospel because it speaks of the condition for entrance into the Kingdom of God." No one will get into the Kingdom of God unless he or she receives God's salvation like a child—no one! How are we to understand and apply this?

For starters, coming as a "child" does not infer innocence. Any two-year-old dispels such a notion! Neither does "like a child" suggest the wondrous subjective states we often find in children such as trustfulness, receptivity, simplicity, or wonder, beautiful as these are.

What Jesus has in mind here is an objective state that every child who has ever lived, regardless of race, culture, or background, has experienced—helpless dependence.

Every single child in the world is absolutely, completely, totally, objectively, subjectively, existentially helpless! And so it is with every child who is born into the kingdom of God. Children of the kingdom enter it helpless, ones for whom everything must be done.

The realization that one is as helpless as a child naturally fosters humility. Jesus gave reference to this connection when, in a similar but separate statement, he said, "Truly, I say to you, unless you turn and become like children, you will never enter the kingdom of heaven. Whoever humbles himself like this child is the greatest in the kingdom of heaven" (Matthew 18:3-4).

Do you desire to be held in Christ's arms, to hear him pronounce blessings over you? Eternity will reveal that is all we ever wanted, and our Spirit-given response is, "Dearest Father"–"Abba! Father!" (cf. Romans 8:15; Galatians 4:6). 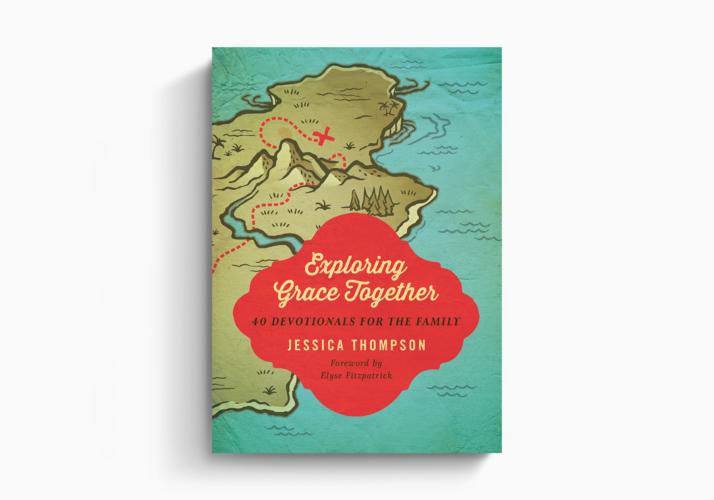