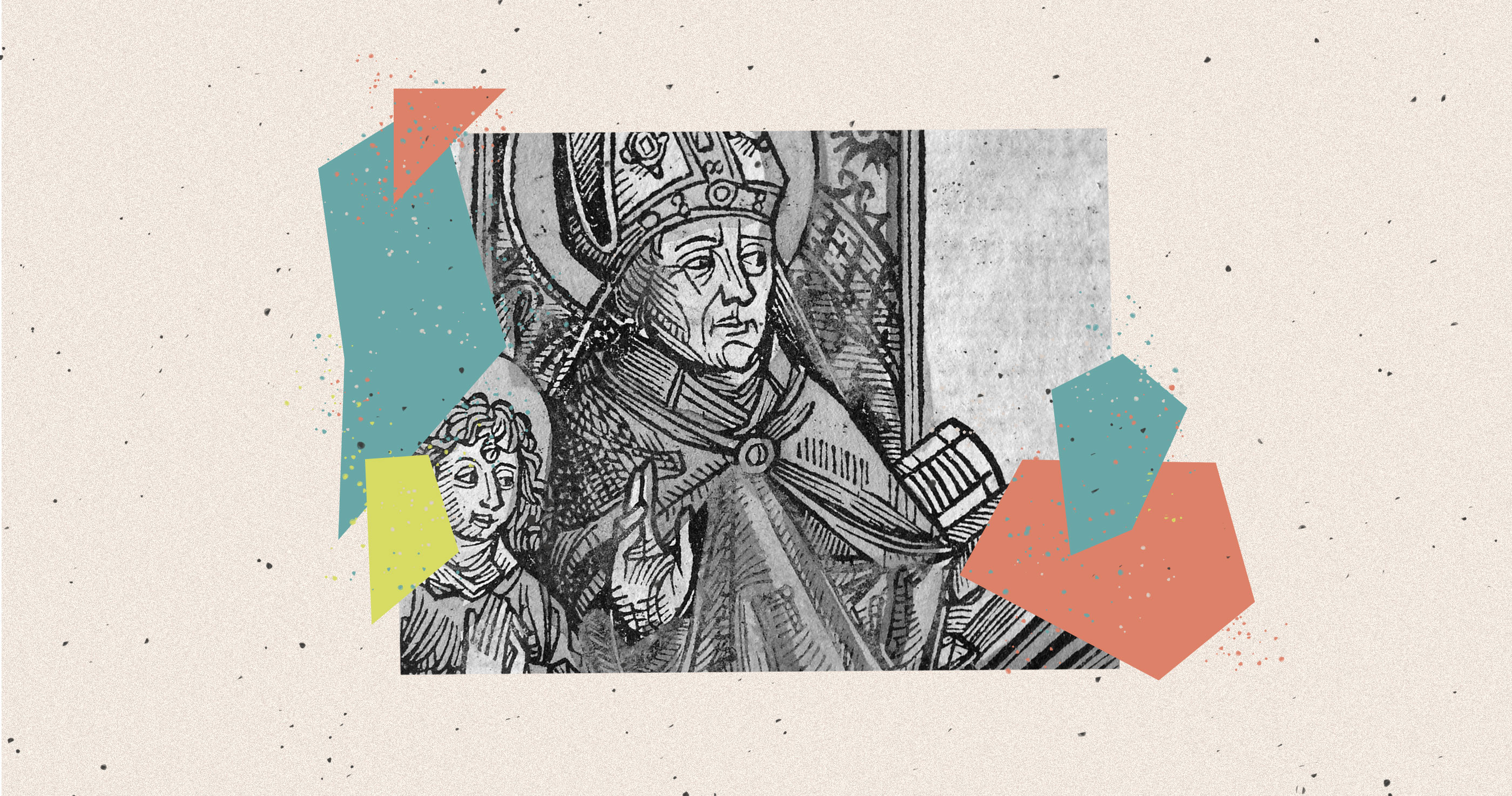 Learn from the Ancient Church

Traditional Christians are typically those who take history seriously. We have a faith rooted in historical claims (supremely the incarnation of Jesus Christ and the events and actions of his life) and see our religious communities as standing in a line extending back through time to Pentecost and beyond. Thus, when faced with peculiar challenges, Christians often look to the past to find hope with regard to their experience in the present. Typically, Protestants look to the Reformation, and Catholics look to the High Middle Ages. If only we might be able to return to that world, we tell ourselves, all might be well.

Anyone with a realistic sense of history knows that such returns are at best virtually impossible. First, neither the Reformation nor the High Middle Ages were the golden eras that later religious nostalgia would have us believe. The societies in which the church operated in those periods are gone forever, thanks in large part to the ways in which technology has reshaped the world in which we now live.

If we are to find a precedent for our times, I believe that we must go further back in time, to the second century and the immediately post-apostolic church. There, Christianity was a little-understood, despised, marginal sect. It was suspected of being immoral and seditious. Eating the body and blood of their god and calling each other “brother” and “sister” even when married made Christians and Christianity sound highly dubious to outsiders. And the claim that “Jesus is Lord!” was on the surface a pledge of loyalty that derogated from that owed to Caesar Lamentation for Christianity’s cultural marginalization. That is much like the situation of the church today. For example, we are considered irrational bigots for our stance on gay marriage. In the aftermath of the Trump presidency, it has become routine to hear religious conservatives in general, and evangelical Christians in particular, decried as representing a threat to civil society. Like our spiritual ancestors in the second century, we too are deemed immoral and seditious.

Of course, the analogy is not perfect. The church in the second century faced a pagan world that had never known Christianity. We live in a world that is de-Christianizing, often self-consciously and intentionally. That means that the opposition is likely better informed and more proactive than in the ancient church. Yet a glance at the church’s strategy in the second century is still instructive.

First, it is clear from the New Testament and from early noncanonical texts like the Didache that community was central to church life. The Acts of the Apostles presents a picture of a church where Christians cared for and served each other. The Didache sets forth a set of moral prescriptions, including a ban on abortion and infanticide, that served to distinguish the church from the world around. Christian identity was clearly a very practical, down-toearth, and day-to-day thing.

This makes perfect sense. Underlying much of the argument of previous chapters—indeed, underlying the notion of the social imaginary—is that identity is shaped by the communities to which we belong. And we all have various identities—I am a husband, a father, a teacher, an Englishman, an immigrant, a writer, a rugby fan, in addition to being a Christian. And the strongest identities I have, forming my strongest intuitions, derive from the strongest communities to which I belong. And that means that the church needs to be the strongest community to which we each belong.

Ironically, the LGBTQ+ community is proof of this point: the reason they have moved from the margins to center stage is intimately connected to the strong communities they formed while on the margins. This is why lamentation for Christianity’s cultural marginalization, while legitimate, cannot be the sole response of the church to the current social convulsions she is experiencing. Lament, for sure—we should lament that the world is not as it should be, as many of the Psalms teach us—but also organize. Become a community. By this, the Lord says, shall all men know that you are my disciples, by the love you have for each other (John 13:35). And that means community.

Shared Elements of the Church

This brings me to the second lesson we can learn from the early church. Community in terms of its day-to-day details might look different in a city from in a rural village, or in the United States from in the United Kingdom. But there are certain elements that the church in every place will share: worship and fellowship. Gathering together on the Lord’s Day, praying, singing God’s praise, hearing the word read and preached, celebrating baptism and the Lord’s Supper, giving materially to the church’s work—these are things all Christians should do when gathered together. It might sound trite, but a large part of the church’s witness to the world is simply being the church in worship. Paul himself comments that when an unbeliever accidentally turns up at a church service, he should be struck by the otherworldly holiness of what is going on. The most powerful witness to the gospel is the church herself, simply going about the business of worship.

Many Christians talk of engaging the culture. In fact, the culture is most dramatically engaged by the church presenting it with another culture, another form of community, rooted in her liturgical worship practices and manifested in the loving community that exists both in and beyond the worship service. Many talk of the culture war between Christians and secularism, and certainly the Bible itself uses martial language to describe the spiritual conflict of this present age. But perhaps “cultural protest” is a way of better translating that idea into modern idiom, given the reality and history of physical warfare in our world. The church protests the wider culture by offering a true vision of what it means to be a human being made in the image of God.

Engaging in cultural warfare using the world’s tools, rhetoric, and weapons is not the way for God’s people.

This approach is certainly hinted at in second-century Christian literature. The so-called Greek Apologists, such as Justin Martyr, addressed the Roman Empire from a Christian perspective. What is so interesting when compared to some of the ways many Christians, right and left, do so today is how respectful these ancient apologists were. They did not spend their time denouncing the evils of the emperor and his court. Rather, they argued positively that Christians made the best citizens, the best parents, the best servants, the best neighbors, the best employees, and that they should thus be left alone and allowed to carry on with their dayto-day lives without being harassed by the authorities. Of course, there were limits to what they could do to participate in civic life: if asked to sacrifice to the emperor as to a god, they would have to refuse, but beyond such demands, they could be good members of the Roman community.

In the fifth century, Augustine in Book XIX of his masterpiece The City of God offered a similar argument. Christians, he said, were citizens of both the earthly city and the city of God. Their pagan neighbors might only be citizens of the earthly city, but this still meant that the two groups shared common interests or loves, above all the peace and prosperity of the earthly city. Both pagans and Christians wanted these things and could work together to achieve them. And that meant that Christians could and should be good citizens to the extent that their higher commitment to God allowed them to do so.1

The Apologists and Augustine both offer a vision of the church in a hostile culture that calls on the church to be the church and on Christians to be constructive members of the wider society in which they are placed. Some might respond that failing to engage in aggressive and direct confrontation looks rather like defeatism or withdrawal. But is it? On key issues such as abortion, Christians in the West are still at liberty to use their rights as members of the earthly city to campaign for the good. I am not here calling for a kind of passive quietism whereby Christians abdicate their civic responsibilities or make no connection between how to pursue those civic responsibilities and their religious beliefs. I am suggesting rather that engaging in cultural warfare using the world’s tools, rhetoric, and weapons is not the way for God’s people. If the Apologists and Augustine were passive quietists, it is rather hard to explain how Christianity came to be so dominant in the West for so many centuries. The historical evidence suggests rather that their approach proved remarkably effective over time. And so it may again—perhaps not in my lifetime or even in that of my children. But God is sovereign, God plays the long game, and God’s will shall be done, on earth as it is heaven.

10 Things You Should Know about the Sexual Revolution

The sexual revolution is simply one manifestation of a broader culture of what we might call expressive individualism.