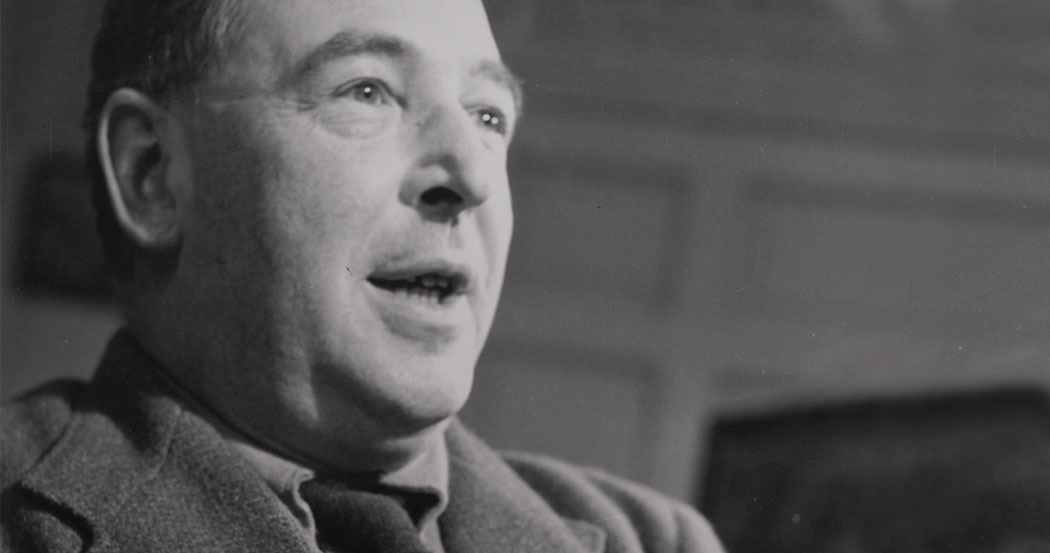 C. S. Lewis was horrified by England’s declaration of war on Germany [in 1939], but he had no doubt of its rightness. He was a Christian, but not a pacifist, and he believed that England had no other honorable alternative. In a talk he once gave entitled “Why I Am Not a Pacifist,” he clearly expressed his views on war. [1]

The talk opens with a consideration of the meaning and nature of conscience. He believed that conscience must always be followed, but not before thoroughly examining the factors on which the conclusions of conscience are based—that is, on one’s experience, the facts, certain basic moral intuitions, and human and divine authority.

One’s experience, he said, can never reveal whether a particular war will do more harm than good, and historical facts do not support the pacifist position that all wars do more harm than good. This pacifist belief, he said, “involves the proposition that if the Greeks had yielded to Xerxes and the Romans to Hannibal, the course of history ever since would have been better, but certainly no worse than it actually had been. . . .” [2]

Moral intuitions cannot be argued, he felt, and must be obeyed. Love is good and hatred is bad; helping people is good and harming them is bad—these are basic intuitions. But we can’t help everyone; we must help some people rather than others. Thus, if A is wrongly attacked by B, our helping A may involve “doing some degree of violence to B.” [3] When applied to nations, this argument involves an admission of the lawfulness of war, since an army or a whole nation cannot be restrained from doing what it wants except by war.

A great increase in the number of pacifists in a liberal nation would cripple the state, he said, and put it at the mercy of its totalitarian neighbor.

The Nature of Authority

The longest section of the lecture is devoted to a discussion of human and divine authority. Human authority, that of the people around us, of the society to which we belong, is certainly not pacifist. But what of the authority of God?

The Christian case for pacifism rests on such sayings as “Resist not evil: but whosoever shall smite thee on thy right cheek, turn to him the other also” (Matthew 5:39). Jack maintained that this saying would have been regarded by individuals in Jesus’ time as a guideline for handling the frictions of daily life, not war. He interpreted this verse: “In so far as you are simply an angry man who has been hurt, mortify your anger and do not hit back.” All churches, he said, “have constantly blessed what they regard as righteous arms.” Saint Thomas Aquinas ruled that princes have a duty to defend their land “by the sword from enemies without.” [4] Saint Peter and Saint Paul approved of the magistrate’s use of force. And without reservation the Lord praised the Roman centurion.

Jack, therefore, did everything in his power to assist the war effort. He expected the next few years to be ghastly, but he had no doubt that, if rightly used, England’s suffering could be for her ultimate good. It would probably be for his own good, too. “I daresay,” he wrote to Arthur Greeves, “for me, personally, it has come in the nick of time: I was just beginning to get too well settled in my profession, too successful, and probably self complacent.” [5]

After [his brother] Warren, who was on the army reserve list, had been called up some weeks before war was declared, Jack thought that he might have to follow him. He was only forty, and the official proclamation stated that men between the ages of eighteen and forty-one were liable for military service. In any case, he supposed there would be no work for him in Oxford. His college would probably be taken over by the army, and even if it weren’t, there would be few young men to teach.

Upon the announcement that New Buildings would be taken over for government work, Jack obediently spent two or three exhausting days moving all his books down to the cellar. A few weeks later, when it was announced that New Buildings would remain in the hands of the college after all, he spent another two or three days carrying his books back. It now seemed that there would be undergraduates aged eighteen to twenty, and teaching them would count as a reserved occupation.

But Jack did not want to be just a teaching fellow in a safe, reserved occupation. He wanted to be active for his country. So he went to the recruiting office and volunteered to be an instructor of cadets. His offer was declined. It was suggested that he should instead join the Ministry of Information. Since this would involve creating propaganda and telling lies, he decided that the best thing for him to do would be to join the Oxford City Home Guard Battalion, a body of part-time soldiers being recruited to repel German troops landing from the air.

His spell of duty began at half past one every Saturday morning. On the first occasion, since there was no sense in going to bed on Friday evening, he invited Hugo Dyson and Humphrey Havard to dinner and to a small Inklings meeting. He waited until his friends had gone home and then walked to the Home Guard meeting place, munching his sandwiches on the way. He was joined there by two much younger men, both of whom he liked and found intelligent. They were “neither too talkative or too silent.”

Written by a longtime friend and colleague of the man his friends called "Jack," this definitive biography of C. S. Lewis recounts the great scholar's relationships and experiences.

He was pleased to find that he was allowed to smoke and that their tour of duty included an admirable place for a soak, the verandah of a college cricket pavilion, with a view over playing fields to the distant railway line. The three hours during which he was on duty passed quickly. He would have regarded them as pleasurable if he had not had to lug a heavy rifle around with him all the time.

They broke up at 4:30. He found the walk home through the dawn twilight really beautiful and was in bed by five. [6] The pleasure decreased as time went on. He wrote to Arthur in December that he had spent “one night in nine mooching about the most malodorous and depressing parts of Oxford with a rifle.” [7]

The Path to Narnia

But he had much other war work to do. There were a dugout to be made in the garden of the Kilns, blackout curtains to be put up every evening and taken down every morning, and logs to be sawed for the fires, because coal was rationed. The house now contained extra people.

Until the war was over, Jack and Mrs. Moore [his elderly housemate] put their house at the disposal of children evacuated from London and other cities thought vulnerable to German bombing. Although their presence meant extra work, particularly since their staff of maids had dwindled, Jack enjoyed these children. “Our schoolgirls have arrived,” he wrote to his brother, “and all seem to me—and what’s more important, to Mint—to be very nice, unaffected creatures and all most flatteringly delighted with their new surroundings. They’re fond of animals, which is a good thing (for them as well as for us).” [8]

Having children in the house benefited Jack immensely. He had been shy and ignorant of them, but he now gradually acquired the knowledge and affection for them that made it possible for him to write the Narnia books. Without their presence, it is unlikely that he would even have had the impulse.

GEORGE SAYER (1914–2005) was head of the English department at Malvern College in Worcestershire until his retirement in 1974. While there, he and Lewis held long literary discussions on their frequent walks in the countryside. Sayer and Lewis maintained a long friendship.