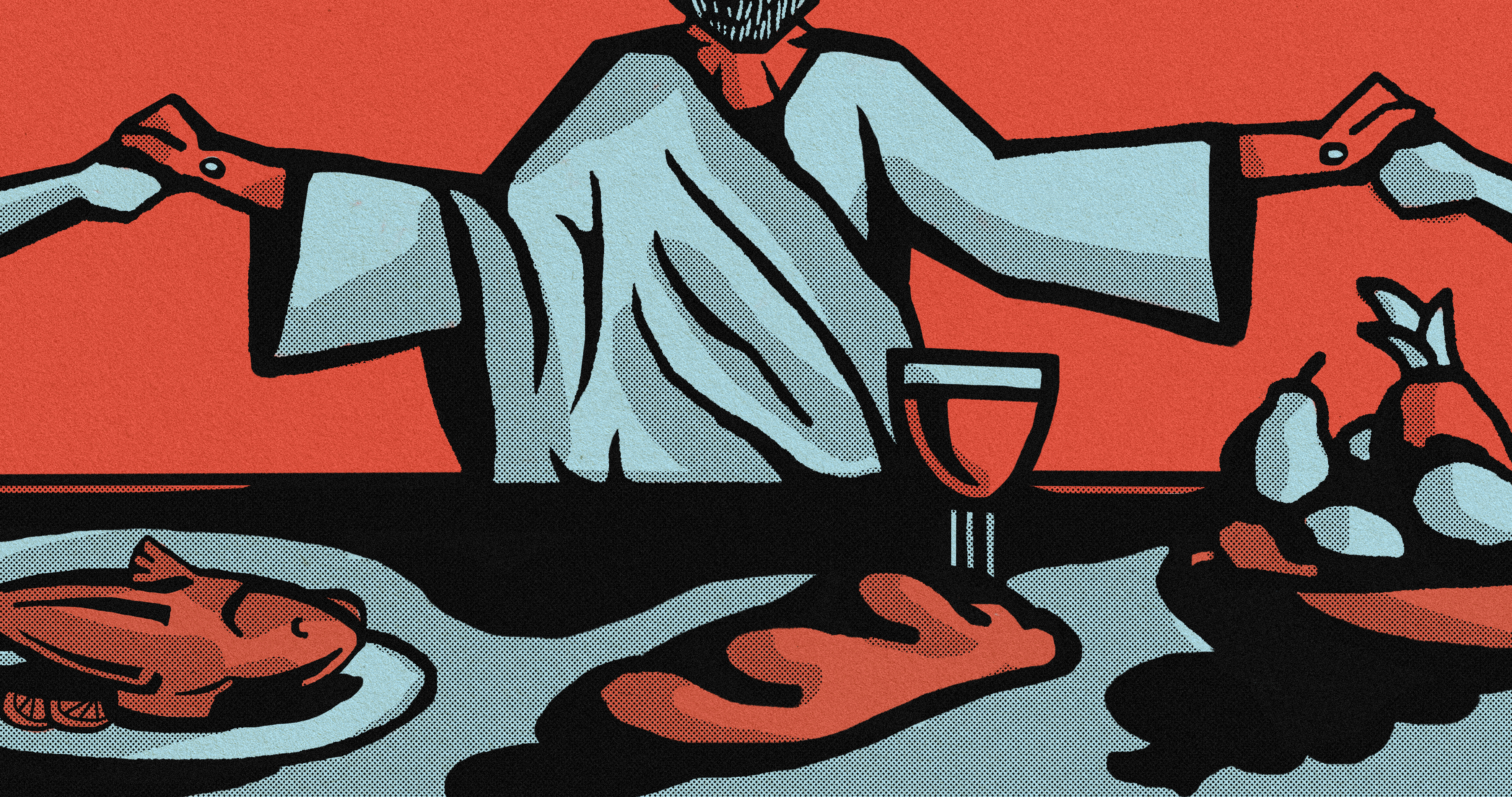 A train calls to me in the night silence. For as long as I can remember, it has provided the music—and my pen the words—to a restless life. A million miles later, I’m back where I grew up—and the train’s whistle is as sweet and lonely as ever. Outside my window, a half-moon lays its light over the contours of the backyard. I can still trace the lines of our old ball field. Actually, moonlight isn’t needed. I can see and hear it best with my eyes closed: It’s another summer night long ago—fireflies swirl in a ballet of light, and the game goes on until it’s too dark to see.

Just down the road is the place where I stood beneath a star-filled sky much like tonight and knew that Christ had forgiven all my sins. I felt the rush of freedom like a pardoned prisoner who suddenly finds that not only has his name been cleared, but he has been loaded with titles of honor—beloved, heir, son.

Here in my old room, Mama used to play hymns on a beaten-up piano with a keyboard that looked like an ugly grin—its ivories yellowed, cracked, or missing. I remember how pretty she was at the piano. She had a lilting style that made me sing, even when I was too young to read. An old plaque still hangs on the living room wall: “The way of the Cross leads home.” Mama has finished that journey, and yet tonight on this side, amid a clutter of memories and the mocking monotony of a ticking clock, I miss her.

One of the things I love her for is that she gave me to the Lord—which meant that she had to let me go. Travel just wasn’t in our family’s DNA. Our roots run deep in the red clay of the Virginia foothills. Only things like world wars and great depressions could move us away, but always we came back to these familiar hills. I was the first in ten generations to leave Virginia. So even though Mama did not understand my wanderlust, like Hannah, she had given her son to the Lord, and she kept her word, even when it hurt. She bought a globe—it’s still here on the dresser—and over the years, she traced the paths of her promise.

And so, I’ve gone far from this place. A sixteen-year-old sailor who used to be me looks down from the shelf. The picture is faded, but I still smell the salt. Back then, my small world suddenly became as vast as the ocean. And everything I saw I wrote about, filling in the blanks that only imagination could attempt before.

My path wound on. For a while I took up writing textbooks, and then teaching, but I escaped my cubicle and classroom to help pastors in Eastern Europe, as the winds of freedom began to stir in persecuted churches as well as in these prison states. Browsing them now, my journals seem to read like the pages of the history of our times. I witnessed the pullout of Soviet troops and tanks in Poland, stood at the barricades in Vilnius with Lithuanian patriots, and walked through the fresh rubble of the Berlin Wall. Once Soviet Communism fell, the pieces could never quite be put together again. Freedom unleashed forces of both war and peace, so there were times in the new Russia’s first springtime when everything seemed possible, and there were times in Bosnia during the last winter of the war when everything seemed hopeless.

With the dissolution of the Soviet Empire, I witnessed the fall of one great power and the rise of another. China was stirring and stretching, her influence evident far beyond her soaring cities. I saw it from the backwaters of Laos and Vietnam to the diamond fields of Sierra Leone in West Africa. At the same time my travels in Asia and Africa brought me face to face with another force—violent Islam.

The Truth about the Global Church

The horizons of my world were changing, but in an unexpected way. It had less to do with passport stamps and frequent flyer miles than it did with my own heart. Growing up, when I thought about the church around the world, it looked like my church. That was all I knew. Sure, Christians in other countries had different languages and cultures, but if their worship styles were different or their theological preferences deficient, well, that’s why I was going over to teach them. And so, as is too often the case in missions, church planting resembles church franchising instead.

The kingdom of Christ is diverse yet unified, boundless yet bound; for our lives are forever bound up in his life—and thus bound up with all other believers.

However, it was soon evident that I had more to learn than to teach. What I learned wasn’t just a crash course in Cultural Appreciation 101, although I did learn to adapt—whether using chopsticks, tying my own turban, or eating bamboo worms. What I really learned was more of the gospel in all its dimensions—its height and depth and extent as I saw it cross every kind of barrier to save souls. The cultural differences in the church only displayed the truth that “by your blood you ransomed people for God from every tribe and language and people and nation” (Rev. 5:9).

I have seen empires come and go, but never have I seen anything so radical and pervasive as the gospel of the kingdom. The kingdom of Christ is diverse yet unified, boundless yet bound; for our lives are forever bound up in his life—and thus bound up with all other believers. We are like family, his body. The more I grasped the gospel, the more I loved Christ—and the more I loved him, the more I loved his people. I found a certain likeness in them.

In difficult places I have met brothers and sisters living like lambs among wolves. They seem to have stepped right out of Hebrews 11 because “some were tortured, refusing to accept release, so that they might rise again to a better life. Others suffered mocking and flogging, and even chains and imprisonment” (Heb. 11:35–36). They are my friends, my teachers, my heroes. Yet the gospel gives me perspective not to think that the greatest Christians are over there; neither are the greatest Christians over here. Actually, Christ is the greatest, and in every land he is saving, calling, and enabling men and women to take risks to advance his kingdom—cross-bearers who love him more than their stuff, even more than their own lives.

This article is adapted from Dispatches from the Front: Stories of Gospel Advance in The World’s Difficult Places by Tim Keesee.

Is the Church in Decline?

We have a strong foundation by which we know that Christ is building his church all over the world.

When Christ Turns Persecutors into Persecuted (for His Glory)

Jesus is alive, is at work, and he’s bringing men and women to himself.

4 Ways to Think about the Persecuted Church

The persecuted church often display joy that can be a powerful example to us that Christ is with his people.

Discipling
Mark Dever
Crossway is a not-for-profit Christian ministry that exists solely for the purpose of proclaiming the gospel through publishing gospel-centered, Bible-centered content. Learn more or donate today at crossway.org/about.