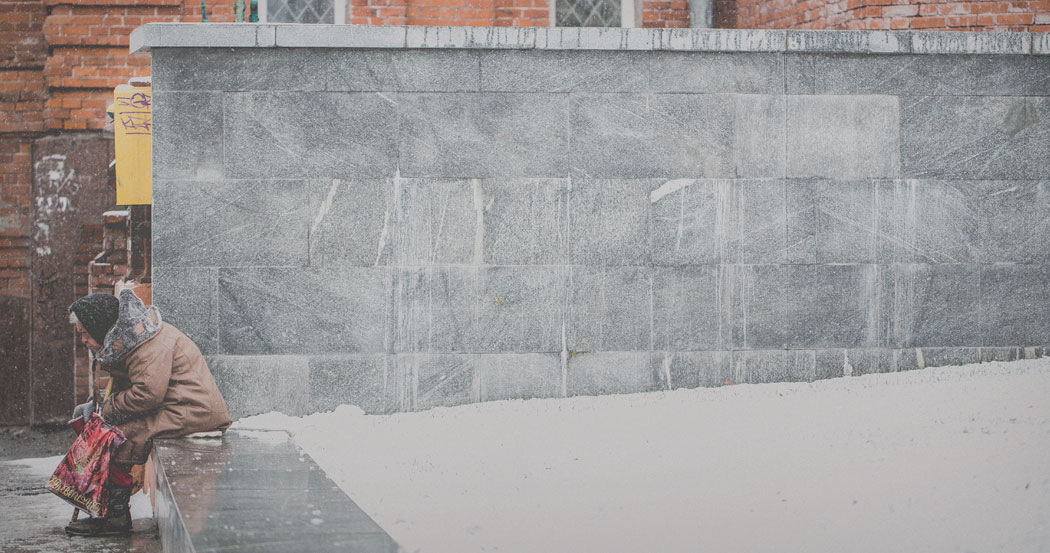 Between my time church planting in Brazil and my work now in Edinburgh in one of Scotland’s most deprived housing schemes—a mixture of social housing and low-income homeowners—I have been on the receiving end of a lot of short-term missions teams. And while I appreciate the help, I have noticed over the years that a lot of well-meaning, Jesus-loving groups from the United Kingdom and United States will show up with their paintbrushes and hammers, but with no understanding of the gospel message they think they’ve come to proclaim.

Many young people speak as if the good news is all about them and their sense of self-worth. They may grasp elements such as the love of Jesus or the fact that he died on the cross, but it is rare to find an individual who can give a well-rounded and comprehensive declaration of the gospel message. It can feel like we have turned the greatest news in the history of the world into a therapeutic self-help system, wrapped in churchy-speak and popular psychobabble.

The gospel is good news, the best news in fact. And it is essential that we both get the message correct and also keep it in the proper place. If we get the message wrong, it’s like taking corrupted medicine: it can’t heal you. If we put other things in the gospel’s priority of place, it’s like buying a diamond engagement ring but forgetting to buy a diamond: we’re left with a setting that beautifully displays . . . nothing.

We must be willing to take the time to get the message right and to communicate it faithfully. Here are five reasons why:

1. Because Eternity Matters Most

The gospel addresses all of life, both this life and the one to come. Many young people who want to serve on a short-term basis with us in the the Scottish housing schemes are on fire for the poor and passionate about being “missional” and “breaking down barriers.” But sadly they often unwittingly put the emphasis in the wrong place: racial reconciliation, social justice, or renewing the culture. The gospel message is not simply that Jesus loves you or that God would like to get you out of your current difficulties.

The gospel message is not simply that Jesus loves you or that God would like to get you out of your current difficulties.

The biggest need in the schemes is not social or economic change. The biggest problem in the housing schemes is that people are alienated from a holy God because the stench of their sin is an offense to him. And so the people of the schemes need a real Lord and Savior who died and rose for them so that he can take away all of their sins and replace their stony, idolatrous hearts with worshipful hearts of flesh. No other message even begins to help.

To be clear, we are not opposed to helping people with their day-to-day physical problems. There may be situations where it would be positively wicked for a church not to help someone in physical need. But there must be a priority given to the gospel message; it has to come first. Poverty, violence, and injustice are real problems at a personal and societal level. But they are the symptoms of the spiritual disease we all carry around with us. Treating the symptoms is good and noble, but without the gospel cure, the patient will surely die. As we approach evangelism and outreach in our needy housing schemes, we must do it with this inside-out mentality.

2. Because People Are Saved in No Other Way

In Acts 4:12 we read, “And there is salvation in no one else, for there is no other name under heaven given among men by which we must be saved.” If that is true, people must believe the true gospel in order to be saved and brought into a right relationship with God. There is salvation in no one else; there is no back-up plan. Those who think that turning up to a scheme and emptying a few trash cans and digging a few gardens is somehow going to transmit gospel truth by some form of spiritual osmosis are very wrong. Faith comes through hearing (Rom. 10:17), so we proclaim Jesus’s completed substitutionary work on behalf of sinners rather than offer a self-help program.

Good works such as caring for the poor are a powerful sign to nonbelievers (1 Pet. 2:12), but in the book of Acts it is the Word of God that spreads and causes the explosive growth in the early church (e.g., Acts 6:7). Of course first-century believers were doing good works by feeding the poor, looking after the widows, and helping the elderly. But these things were by-products of a life lived for the glory of the gospel; they were not the gospel itself. People in our housing schemes will only be saved if they hear the gospel word proclaimed to them in a clear and comprehensible manner. There is no other way.

3. Because Otherwise We Will Give Up

If we don’t have the gospel right, we can forget any type of serious church planting work in schemes. We must know what we’re coming to do and the state of the people we’re coming to serve. We cannot allow ourselves to be surprised and discouraged by the depth of human depravity. People in the housing schemes don’t hide it as well as people in the suburbs do.

Also, we cannot despair about whether there is a solution to the problems that people face. We need the full gospel, which tells us both the terrible truth about our sin and the glorious hope that we have in Christ. If we alter, soft sell, or pervert the gospel, the apostle Paul calls us accursed (Gal. 1:8), and we should not expect the favor of God on our work.

4. Because Real People Are Really Going to Hell

In Hebrews 9:27 we read: “It is appointed for man to die once, and after that comes judgment.” In a similar line of thought, when asked about a tower that fell over and killed eighteen people, Jesus himself called people to repent or else perish for their sins (Luke 13:5). That might not seem like a very pastoral response to a question about people who had died tragically, but Jesus cared too much about the souls of his hearers to beat around the bush.

Biblically speaking, there’s something worse than poverty or low self-esteem: hell. It is real, eternal, and conscious. And so we have a duty to declare it boldly and fearfully. All people are naturally under sin and children of wrath (Rom. 3:9; Eph. 2:3). Coming from a difficult background does not mitigate that reality in the least. In an age when much of the prevailing Christian thought about the poor concerns loving them and boosting their self-esteem, hell can seem like a bridge too far for many people. How often people come to the schemes with the idea that all people need is to be loved or, worse yet, to learn how to love themselves! If that’s your diagnosis of the problem, then you will never tell people about the reality of judgment and eternal punishment. After all, that is not exactly a boost to the old self-esteem levels!

I fear that most of the church’s evangelistic lethargy is due to the fact that we do not take the doctrine of hell seriously enough to care. The most loving thing we can do for people in the schemes is not to help them with their electricity bill, or help them find work, or clean them up, or give them a bed, or help with their drug habit. The most loving thing we can do for our fellow human beings is to proclaim to them the reality and seriousness of hell, no matter what they might think of us afterward. That is a selfless act of love. Part of the truth about God will not do.

This book offers biblical guidelines and practical strategies for ministering among the poor, helping pastors and other church leaders mobilize Christians to take the gospel to the “hard places” in our communities.

5. Because of the Glory of God

The gospel is ultimately about the glory of God (notice in 2 Cor. 4:4 Paul calls it “the gospel of the glory of Christ). God chose to save sinners in a way that shows himself to be both just and forgiving (Rom. 3:26). He chose to redeem his people in a way that stirs up eternal praise in their hearts (Rev. 5:12). He chose to accomplish all of this in a way that magnified his wisdom while nullifying and frustrating the so-called wisdom of the powers of the world in rebellion against him (1 Cor. 1:21). Do we presume to know better than God? Do we have a better, more glorifying gospel than the one that God planned from all eternity and executed in time?

A man-centered gospel (God loves you so much, won’t you please choose him?) glorifies sinners. Without a message of judgment, God seems unjust and permissive, not glorious. Without a call to repentance and holiness, Jesus is proclaimed as a savior who is impotent to defeat sin in the lives of his people (contrast 1 John 3:8). God wants to save sinners, but he will not do it through any other means than the glorious gospel of his Son. He will not share his glory, so no half-gospel or watered-down message will do.

They Told Me I Was Going to Hell

Fourteen years ago a small band of young Christians turned up outside a community center on the streets of Swindon and told me I was going to hell. They then told me what I needed to do to avoid it. Hear the good news, receive the good news, repent, believe, and be baptized.

I didn’t want to hear it. But four years and lots of pain, anger, and some genuine repentance later, I was saved by the merciful grace of God. I write these words as a pastor today because those Christians (literally) took their life in their hands and gave it to me “straight up.” That is what God asks of us. That is our primary task if we want to reach and help people in need.

This article is adapted from Church in Hard Places: How the Local Church Brings Life to the Poor and Needy by Mez McConnell and Mike McKinley.

Mez McConnell is senior pastor of Niddrie Community Church in Edinburgh, Scotland. He has been involved in pastoral ministry since 1999 and is the founder of 20schemes, a ministry dedicated to planting gospel-centered churches among the poorest of the poor throughout Scotland. He is the author of Is There Anybody Out There? and Preparing for Baptism.

Mike McKinley (MDiv, Westminster Theological Seminary) is senior pastor of Sterling Park Baptist Church in Sterling, Virginia. He is the author of a number of books, including Am I Really a Christian? and Church Planting Is for Wimps. He and his wife, Karen, have five children and live in Northern Virginia. 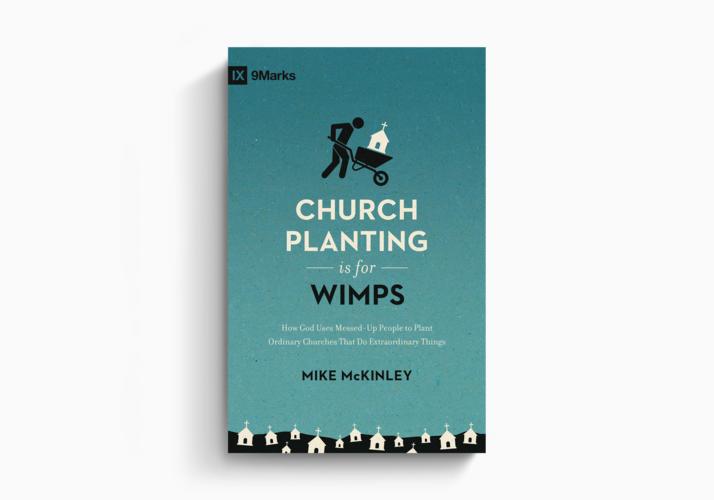 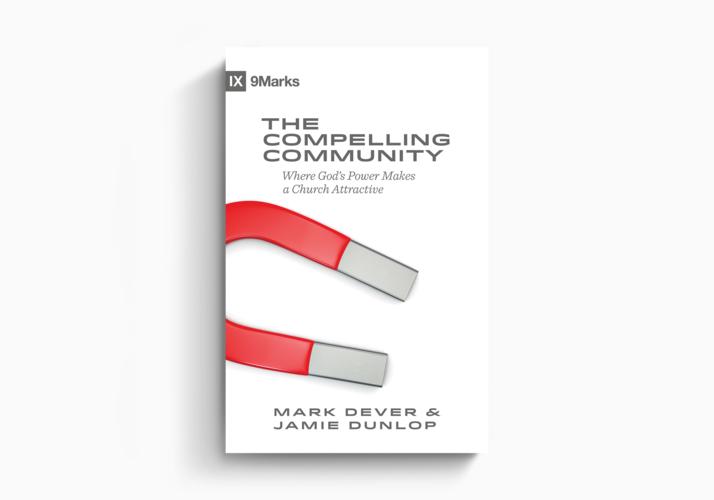