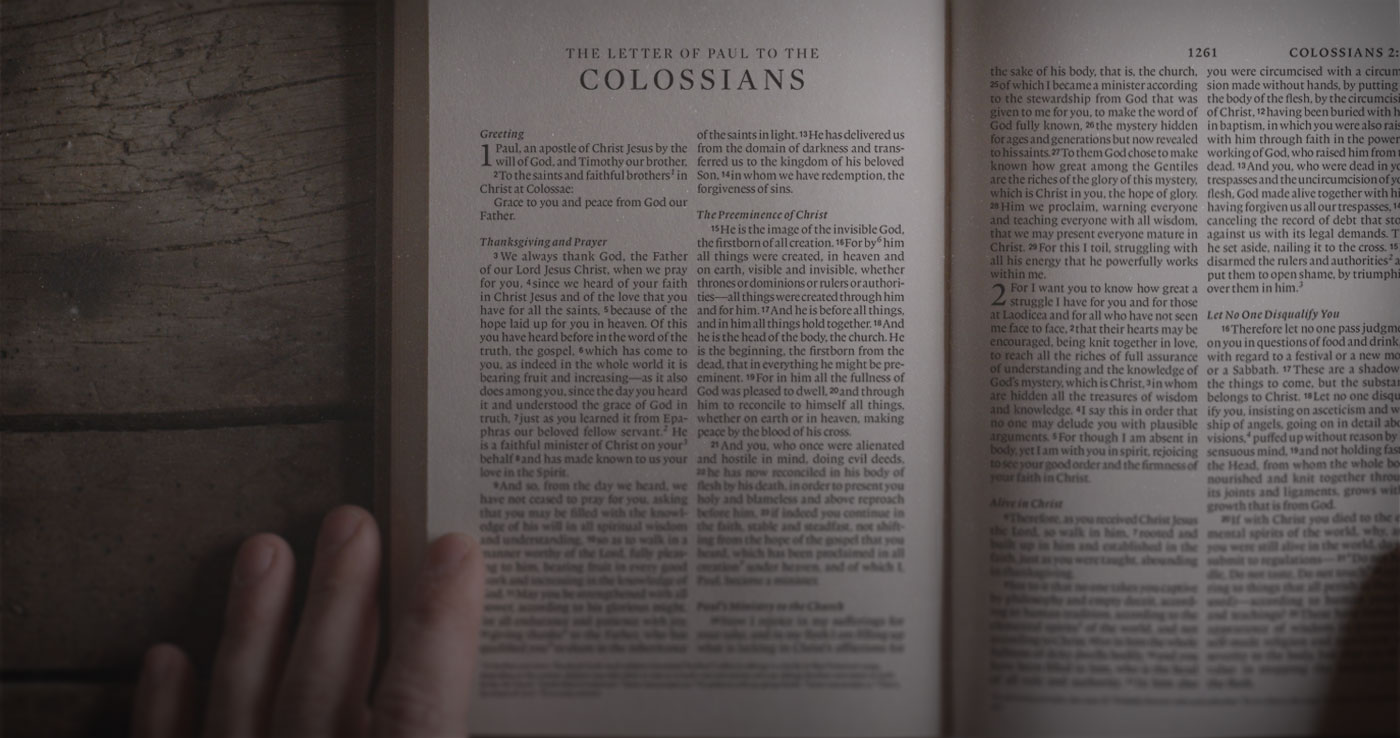 Why study Paul’s letters to the Colossians and Philemon? Let me provide three reasons. First, Colossians is unrivalled in its portrayal of the person of the Lord Jesus Christ. Some of the most exalted language concerning him is found in this short jewel of a letter we know today as the book of Colossians. Second, the gospel is robustly stated and demonstrated in these two letters. And third, Colossians taps into and develops the epic story of Scripture in profound ways.

In Colossians, the preeminence of the eternal Son over all things is revealed. Christ is the exalted Lord over both creation and the inaugurated new creation by virtue of his unique role in God’s project of cosmic reconciliation (1:15-20). The preexistent Son entered history and became human. He reconciled his people to God by his death, that he might present them “holy and blameless and above reproach” before God on the last day (1:22). Christ is the very image of God, whose perfections serve as the pattern for their renewal as image-bearers. This transformative work is preparing them to inherit the new creational kingdom of God (1:12-14, 15; 3:9-10). Indeed, the gospel can be summarized as “Christ in you, the hope of glory” (1:27).

Christ is the very image of God, whose perfections serve as the pattern for their renewal as image-bearers.

The gospel of grace is on full display in Colossians. God has effected a cosmic reconciliation at the cross through the blood of his Son, the Lord Jesus Christ (1:20). The message of this salvation is producing spiritual fruit all over the world as it spreads across the earth in expanding waves (1:6). When people embrace the gospel, God delivers them from the dominion of darkness and transfers them into the inheritance of light, the kingdom of the beloved Son (1:12-14). He redeems them, forgiving all their sins (1:14).

In Philemon, we see the essence of the gospel reflected in Paul’s life as he imitates his Lord in offering himself as a righteous substitution for Onesimus before the wronged Philemon (vv. 17-19).

Colossians and the Epic Story of Scripture

The apostle Paul wrote Colossians and Philemon with the conviction that Jesus had brought the Old Testament epic story to its climactic fulfillment. This biblical epic of the kingdom mission of God runs from creation to new creation. God has launched the promised kingdom and new creation in Christ’s death and resurrection. 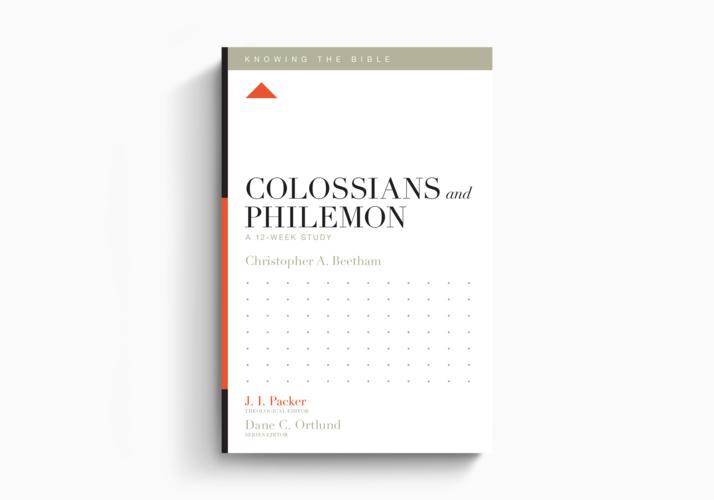 This 12-week study walks readers through two Pauline letters that highlight the beauty of the gospel of Jesus Christ and how it informs Christians’ relationships with one another.

In Colossians, Christ is the ultimate Son of David, the Messiah, and the world’s true Lord. He is the fulfillment of all the messianic promises (1:13-14; 2:2; 3:1; “Christ” = Messiah). He is the Wisdom of God and holds preeminence over everything in creation as well as in the inaugurated new creation (1:15-20; 2:3; see Prov. 8:22-31). The Son is the ultimate locus of the divine presence and fulfills all the Old Testament hopes for God dwelling among his people (1:19). In him the ultimate circumcision takes place, demarcating those who belong to the new covenant people of God and enabling them to live faithful lives (2:11, 13). Christ exists as the reality to which all the “shadows” of the Old Testament festivals and dietary regulations pointed (2:16-17). He is the perfect “image” and last Adam, whose own perfections serve as the pattern for his people’s renewal as image-bearers (1:15; 3:9-10). This renewal prepares them for their vocation as citizens and rulers of the new creational kingdom to be consummated on the last day of history (see Rev. 21–22).

The preeminent Christ, a robust gospel, and profound biblical theology, all packed into these two short letters of the apostle Paul. That’s why we should study the books of Colossians and Philemon.

Christopher A. Beetham (PhD, Wheaton College) is assistant professor of biblical studies at the Evangelical Theological College and assistant professor of New Testament at the Ethiopian Graduate School of Theology, both in Addis Ababa, Ethiopia. He is the author of Echoes of Scripture in the Letter of Paul to the Colossians. 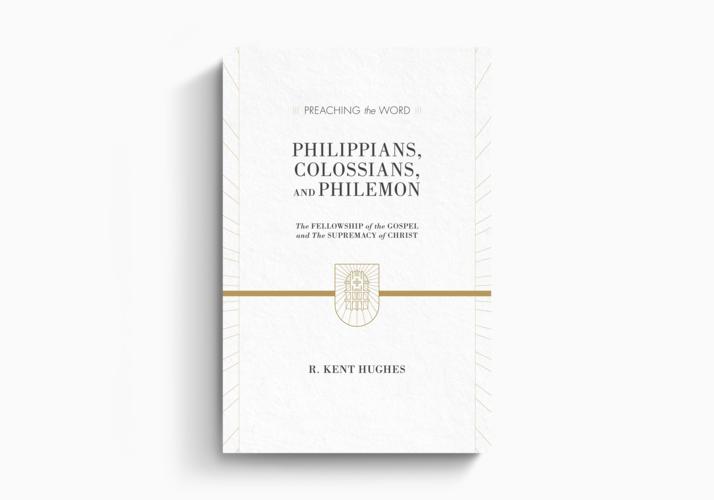 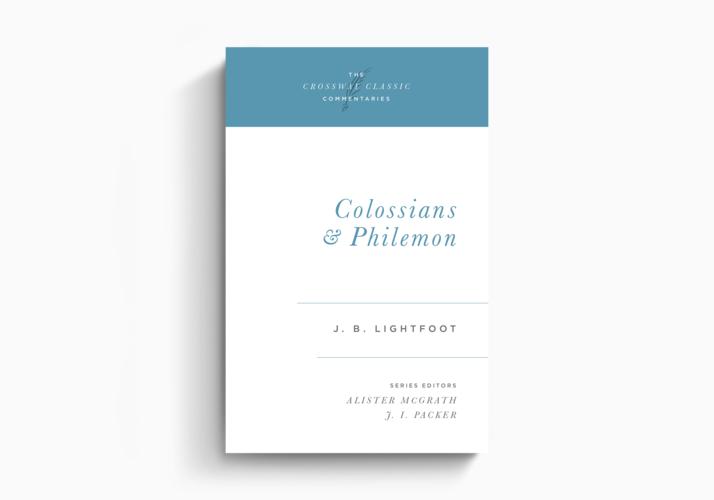 Colossians and Philemon
J. B. Lightfoot
Crossway is a not-for-profit Christian ministry that exists solely for the purpose of proclaiming the gospel through publishing gospel-centered, Bible-centered content. Learn more or donate today at crossway.org/about.