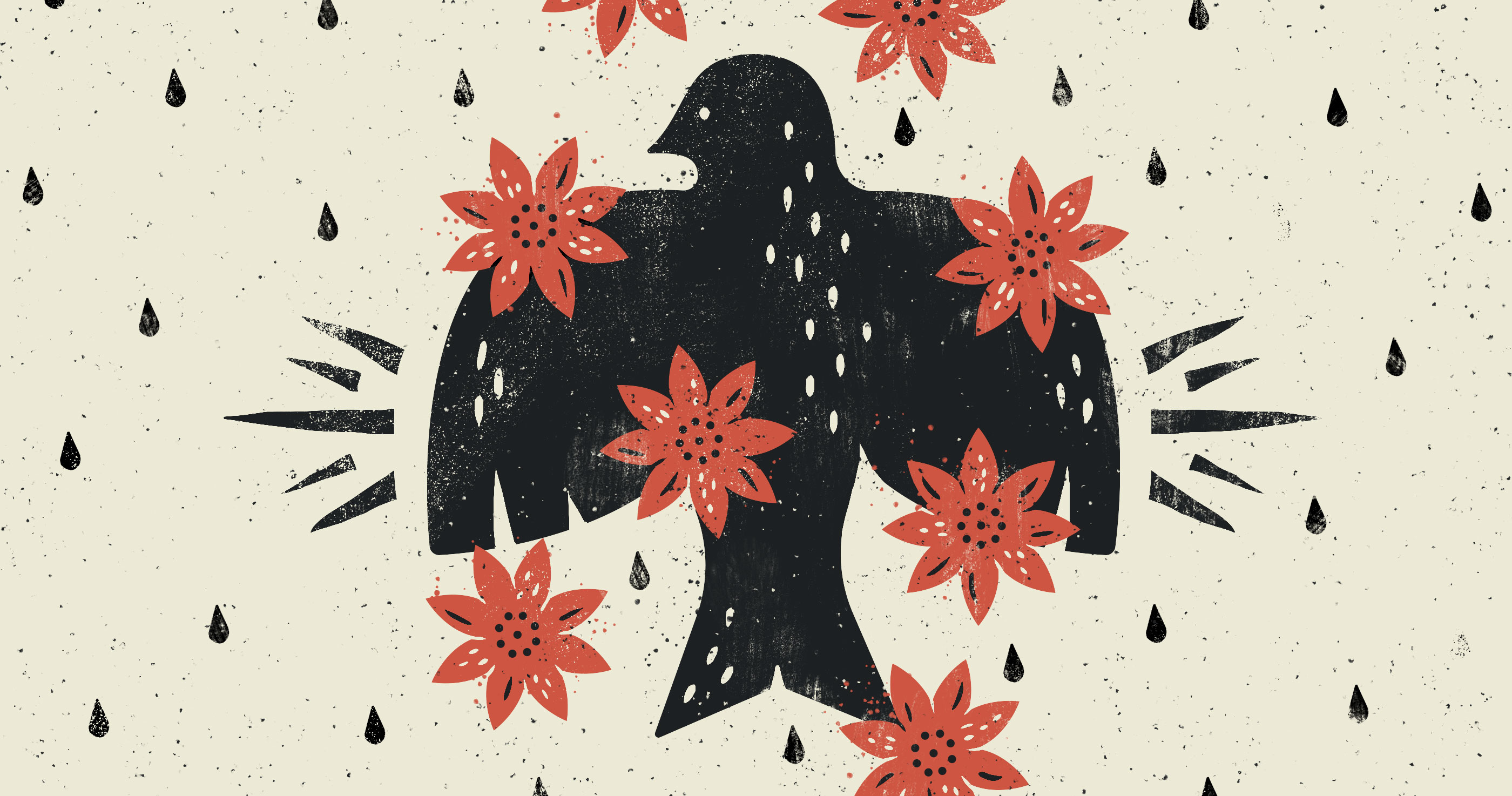 Jesus said to look at the birds because God feeds them (Matt. 6:26) and to consider the lilies because God clothes them (Matt. 6:28–30). Jesus’s aim was not aesthetic. His aim was to free his people from anxiety. He really considered it a valid argument that if our heavenly Father feeds the birds and clothes the lilies, how much more surely will he feed and clothe his children.

This is simply astonishing. The argument is valid only if God really is the one who sees to it that the birds find their worms and the lilies wear their flowers. If birds and lilies are simply acting by natural laws, with no divine hand, then Jesus is just playing with words. But he is not playing with words. He really believes that God’s hand is at work in the smallest details of natural processes. This is even clearer in Matthew 10:29–31:

Are not two sparrows sold for a penny? And not one of them will fall to the ground apart from your Father. But even the hairs of your head are all numbered. Fear not, therefore; you are of more value than many sparrows.

God does not just feed the birds and clothe the lilies; he decides when every bird (countless millions every year) dies and falls to the ground. His point is the same as in Matthew 6: “He is your Father. You are more precious to him than birds. Therefore, you don’t need to be afraid.” That kind of pervasive providence, combined with that kind of fatherly care, means he can and will take care of you. So seek the kingdom first, with radical abandon, and don’t be anxious (Matt. 6:33).

This God-entranced view of the world was not peculiar to Jesus. The psalmist sings to the Lord of his specific care for the creatures he has made:

These all look to you,
to give them their food in due season.
When you give it to them, they gather it up;
when you open your hand, they are filled with good things.
When you hide your face, they are dismayed;
when you take away their breath, they die and return to their dust.
When you send forth your Spirit, they are created,
and you renew the face of the ground. (Ps. 104:27–30)

God does not intend for us to see ourselves, or any part of the world, as cogs in the wheels of an impersonal mechanism. The world is not a machine that God made to run on its own. It is a painting, or a sculpture, or a drama. The Son of God holds it in being by the word of his power (Col. 1:17; Heb. 1:3). Gerard Manley Hopkins expressed it unforgettably in his sonnet “God’s Grandeur”:

The world is charged with the grandeur of God.
It will flame out, like shining from shook foil;
It gathers to a greatness, like the ooze of oil
Crushed. Why do men then now not reck his rod?
Generations have trod, have trod, have trod;
And all is seared with trade; bleared, smeared with toil;
And wears man’s smudge and shares man’s smell: the soil
Is bare now, nor can foot feel, being shod.

And for all this, nature is never spent;
There lives the dearest freshness deep down things;
And though the last lights off the black West went
Oh, morning, at the brown brink eastward, springs—
Because the Holy Ghost over the bent
World broods with warm breast and with ah! bright wings.1

I will never cease to be thankful that in my college days, Clyde Kilby was one of my literature professors. He gave a lecture once on the awakening of amazement at the strange glory of ordinary things. He closed the lecture with ten resolutions for what he called “mental health.”2 Here are two of them:

I shall open my eyes and ears. Once every day I shall simply stare at a tree, a flower, a cloud, or a person. I shall not then be concerned at all to ask what they are but simply be glad that they are. I shall joyfully allow them the mystery of what [C. S.] Lewis calls their “divine, magical, terrifying and ecstatic” existence.

Even if I turn out to be wrong, I shall bet my life on the assumption that this world is not idiotic, neither run by an absentee landlord, but that today, this very day, some stroke is being added to the cosmic canvas that in due course I shall understand with joy as a stroke made by the architect who calls himself Alpha and Omega.

God does not intend for us to see ourselves, or any part of the world, as cogs in the wheels of an impersonal mechanism.

Because of Kilby’s eye-opening influence, and because of what I now see in the Bible as an all-embracing, all-pervasive providence, I live more consciously in a God-entranced world. I see reality differently. For example, I used to look at sunrises when I was jogging and think that God has created a beautiful world. Then it became less general and more specific, more personal. I said, “Every morning God paints a different sunrise.” He never gets tired of doing it again and again. But then it struck me. No, he doesn’t do it again and again. He never stops doing it. The sun is always rising somewhere in the world. God guides the sun twenty-four hours every day and paints sunrises at every moment, century after century without one second of respite, and never grows weary or less thrilled with the work of his hands. Even when cloud cover keeps man from seeing it, God is painting spectacular sunrises above the clouds.

God does not intend for us to look at the world he has made and feel nothing. When the psalmist says, “The heavens declare the glory of God” (Ps. 19:1), he does not mean this only for the clarification of our theology. He means it for the exultation of our souls. We know this because of what follows:

In [the heavens] he has set a tent for the sun,
which comes out like a bridegroom leaving his chamber,
and, like a strong man, runs its course with joy. (Ps. 19:4–5)

What is the point of saying this? When we look at the handiwork of God in creation, we are to be drawn into bridegroom-like joy and into the joy of an Eric Liddell running with head back, elbows pumping, smile bursting in Chariots of Fire, basking in the very pleasure of God. I am inviting you into a God-entranced world. No, we are not naïve about the miseries every sunrise meets. You will, perhaps, be shocked at the implications of God’s pervasive providence in the suffering and death of this world. The Lord gives and the Lord takes away (Job 1:21). And the exulting sun dawns on 150,000 new corpses every morning. That’s how many people die every day. In a world with this much Godentranced beauty, and this much God-governed horror, the biblical command to “rejoice with those who rejoice, weep with those who weep” (Rom. 12:15) means that we will continually be “sorrowful, yet always rejoicing” (2 Cor. 6:10).

The Gospel in Matthew

For Matthew, the gospel is the good news that God has inaugurated the final stage of his plan to reclaim the world from the destruction of sin and establish his just and merciful reign over it. 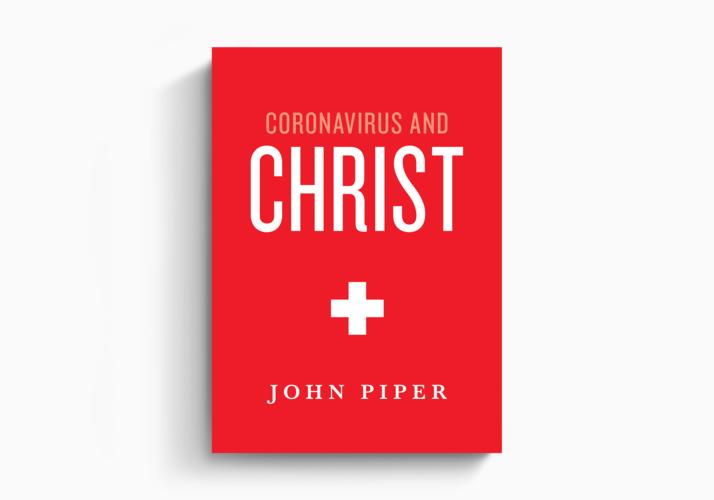