God and Galileo: What a 400-Year-Old Letter Teaches Us about Faith and Science 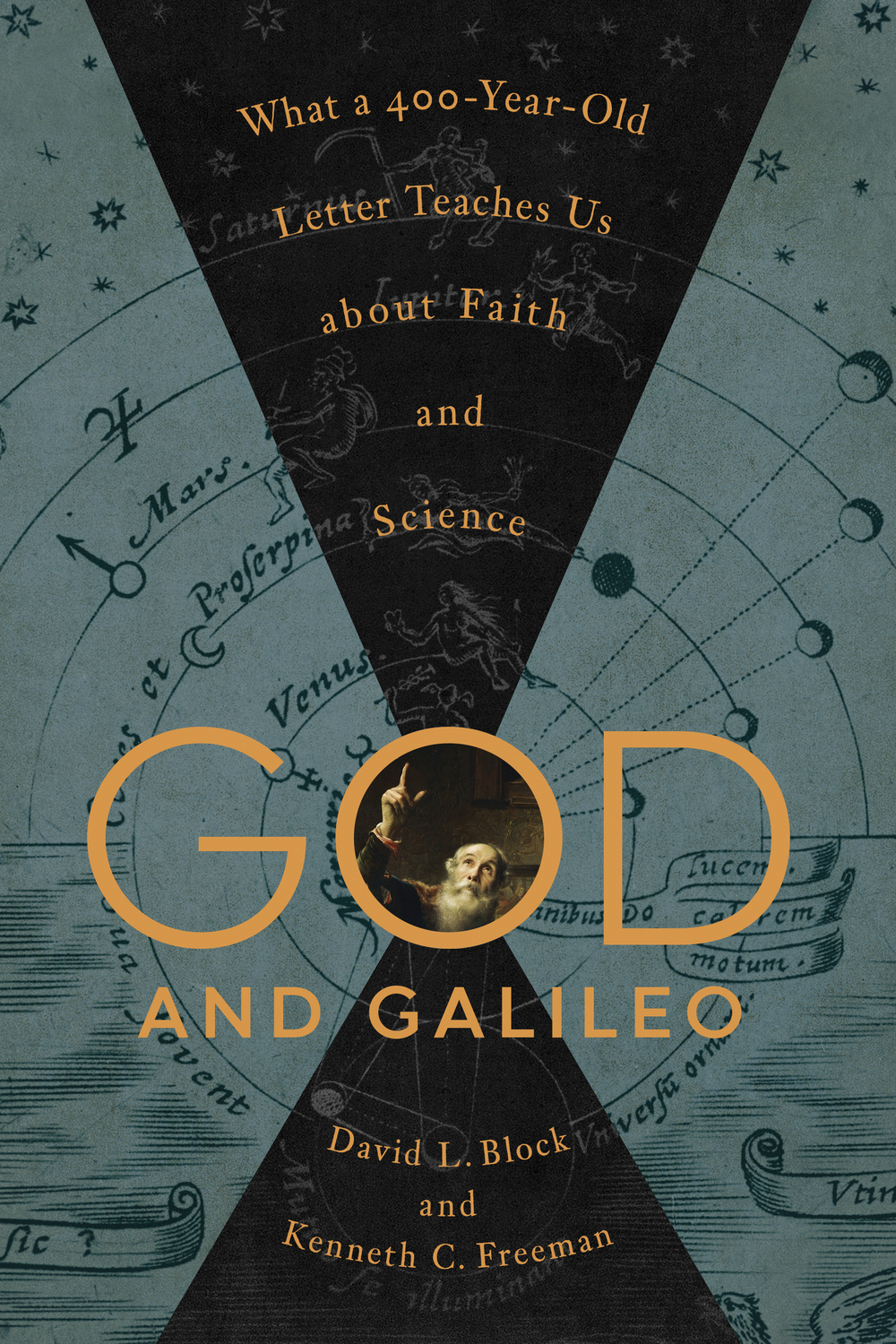 God and Galileo: What a 400-Year-Old Letter Teaches Us about Faith and Science

"A devastating attack upon the dominance of atheism in science today."
Giovanni Fazio, Senior Physicist, Harvard-Smithsonian Center for Astrophysics

The debate over the ultimate source of truth in our world often pits science against faith.

In fact, some high-profile scientists today would have us abandon God entirely as a source of truth about the universe.

In this book, two professional astronomers push back against this notion, arguing that the science of today is not in a position to pronounce on the existence of God—rather, our notion of truth must include both the physical and spiritual domains.

Incorporating excerpts from a letter written in 1615 by famed astronomer Galileo Galilei, the authors explore the relationship between science and faith, critiquing atheistic and secular understandings of science while reminding believers that science is an important source of truth about the physical world that God created.

David L. Block (PhD, University of Cape Town) is a professor in the School of Computer Science and Applied Mathematics at the University of the Witwatersrand, Johannesburg. His research has twice been featured on the cover of Nature, the world's most prestigious scientific journal. He is the author of several books, including Starwatch and Shrouds of the Night. He has been a visiting research astronomer at Harvard University, the Australian National University, and the European Southern Observatory, among other institutes.

Kenneth C. Freeman (PhD, Cambridge University) is Duffield Professor of Astronomy in the Research School of Astronomy and Astrophysics at the Australian National University in Canberra. He is a Fellow of the UK Royal Society and the Australian Academy of Science, a Foreign Associate of the US National Academy of Sciences, and one of the first to discover that spiral galaxies contain a large fraction of dark matter.

“These two eminent astronomers, one from Australia and one from South Africa, bring a unique perspective to the faith and science arena. What they reveal about Galileo—who is often cited as an example of the great divide—demonstrates instead that strong faith and expert science can go together. Indeed, the authors themselves follow in Galileo’s path, approaching both fields with a spirit of humility and wonder.”
Philip Yancey, author, What’s So Amazing About Grace? and The Jesus I Never Knew

“Galileo showed us how to write in the book of nature, but his world read only from the book of Scripture—thus descended a debate that tore Galileo’s world apart and has never been reconciled, even to our time. God and Galileo is a personal journey through the world of two books, nature and Scripture, guided by leading astronomers who have wondered, like many others, why we cannot seem to read clearly from both books at the same time. Their conclusion is that we can and, to reach our fullest understanding, we should. Galileo concluded the same but was not allowed to speak it. God and Galileo finally gives him a voice.”
Bruce Elmegreen, Astrophysicist, Thomas J. Watson Research Center, IBM; recipient, Dannie Heineman Prize for Astrophysics (2001)

“With so many scientists seeing Christian faith as irrelevant to scientific truth and so many Christians seeing science as contradictory to Christian truth, this unique, groundbreaking, and deeply researched book by two believing, distinguished, and top-drawer astronomers is one that had to be written. It makes clear that the totality of truth has to be drawn on the one hand from the book of Scripture, with its story of grace and incarnation, and on the other hand from the book of nature, with its story of space and matter. Both books are vital to the full comprehension of reality, and the authors show this with convincing clarity. We dare not be blind either to nature or Scripture, whose respective truths are complementary, not contradictory, because both have the same author. God and Galileo brings us unique perspectives and insights related to faith, grace, and astronomy not evident in any other contemporary writing. My prayer is that it will be a landmark contribution to this debate and a classic both for today and for generations to come.”
Michael Cassidy, Founder, African Enterprise; Honorary Cochair, Lausanne Movement; author, The Church Jesus Prayed For

“God and Galileo needed to be written. The majority of scientists today are either atheist or agnostic, and there is rarely any discussion about the relationship between the physical and spiritual realms of knowledge. In scientific circles, these subjects mix like oil and water. Yet the relationship between a Creator and the origin of the universe is an important subject of fundamental interest to everyone. Is there a connection between science and religion, or are the two in conflict as completely independent realms of knowledge? This book addresses this question head-on. Written by two leading international researchers in astronomy, the book reflects extensively on the interaction between the universe of space and the God of grace. To make their point, the authors offer personal and contemporary reflections on a 1615 letter written by Galileo Galilei, in which he addresses this very conflict between revelation and reason. God and Galileo is a devastating attack on the dominance of atheism in science today. It is a must-read, offering proper perspective on life and why we exist in the universe.”
Giovanni Fazio, Senior Physicist, Harvard-Smithsonian Center for Astrophysics; Fellow, American Physical Society; recipient, Henry Norris Russell Lectureship (2015)

“In a world growing increasingly hostile to Christianity, clarity is our first and best defense. Indeed, the challenge for the believer today is to tread fearfully in such a world and to remain true—that, and to be well informed. Among other things, that means exercising caution when choosing whom to listen to. This is one of the great payoffs of this book. God and Galileo is about clarity in its best and most attractive sense. Using the words of Galileo Galilei as a prop, and with language accessible to the general reader, astronomers Block and Freeman conduct an intimate dialogue with history. Tampering with deep cultural memory, they explore the harmonies and agreements that exist between the book of nature and the book of Scripture, being, as they were, according to Galileo, crafted by the same author.”
David Teems, author, Tyndale: The Man Who Gave God an English Voice