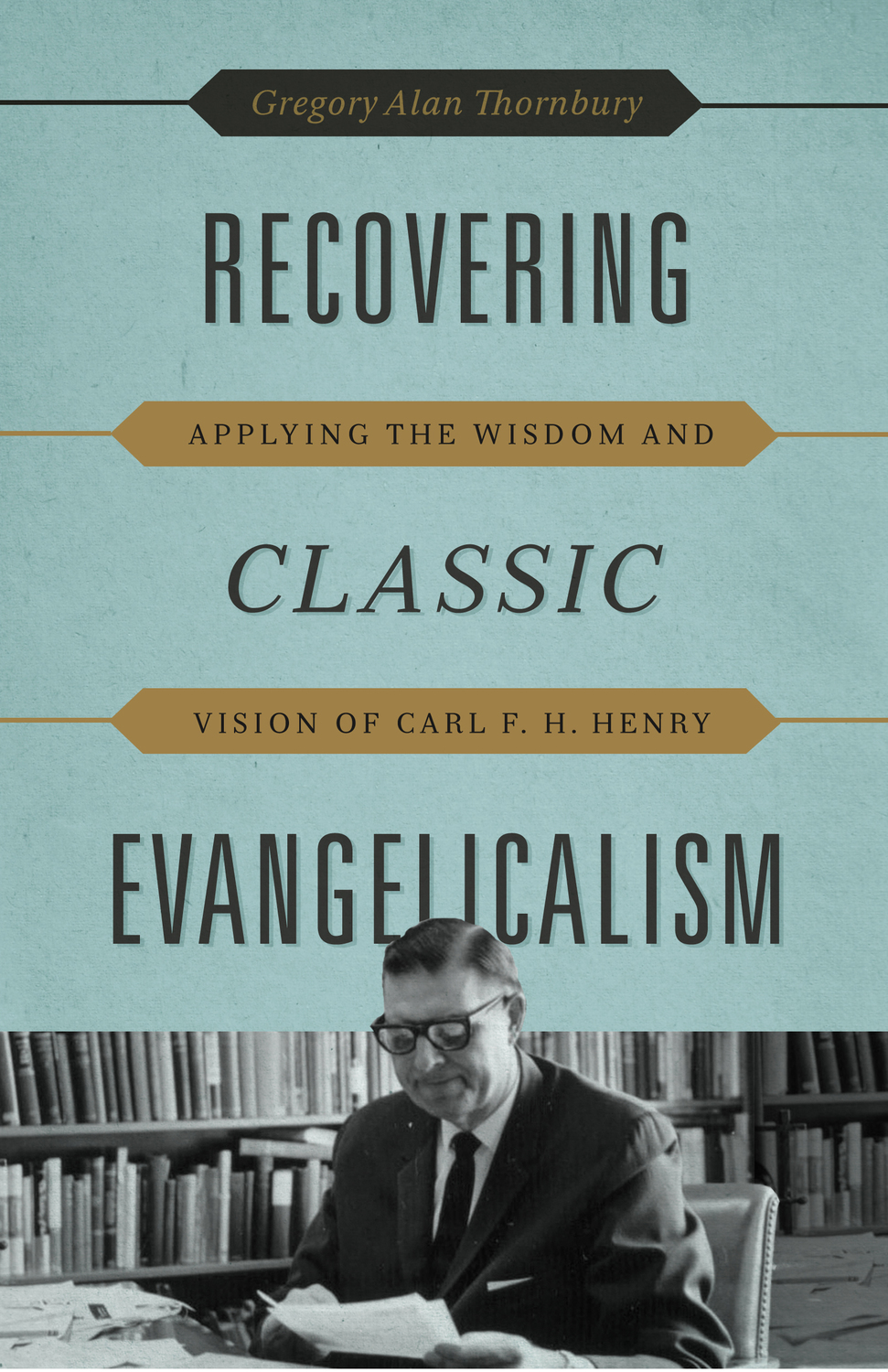 Once upon a time, evangelicalism was a countercultural upstart movement. Positioned in between mainline denominational liberalism and reactionary fundamentalism, evangelicals saw themselves as evangelists to all of culture. Billy Graham was reaching the masses with his Crusades, Francis Schaeffer was reaching artists and university students at L’Abri, Larry Norman was recording Jesus music on secular record labels and touring with Janis Joplin and the Doors, and Carl F. H. Henry was reaching the intellectuals through Christianity Today. It was the dawn of “classic evangelicalism.” Surveying the current evangelical landscape, however, one gets the feeling that we’re backpedaling quickly. We are more theologically diffuse, culturally gun-shy, and fragmented than ever before. What has happened? And how do we find our way back? Using the life and work of Carl F. H. Henry as a key to evangelicalism’s past and a cipher for its future, this book provides crucial insights for a renewed vision of the church’s place in modern society and charts a refreshing course toward unity under the banner of “classic evangelicalism.”

Gregory Alan Thornbury (PhD, The Southern Baptist Theological Seminary) serves as the sixth president of the King's College in New York City. He is also a visiting professor at the Values and Capitalism Initiative of the American Enterprise Institute, a senior fellow for The Kairos Journal, a columnist for Townhall.com, and a member of the editorial board of the Salem Media Group. A popular campus speaker and lecturer, he is also a member of the Society of Christian Philosophers. Thornbury and his wife, Kimberly, have two daughters and reside in Manhattan.

“The enduring influence of what Greg Thornbury wisely calls ‘classic evangelicalism’ is critical for the health and vitality of Christianity in America. He wisely looks to the greatest intellectual figure of twentieth century evangelicalism, Carl Henry, as a mentor and guide. At the same time, this is a radically current book, directed at the most crucial issues facing the evangelical movement today. This is an important work by a leading evangelical scholar. We can only hope that this book becomes widely influential.”
R. Albert Mohler Jr., President, The Southern Baptist Theological Seminary

“The witness of Carl Henry and classic evangelicalism to absolute truth and objective knowledge; the critical importance of theology in life and ministry; the total truthfulness of Scripture and biblical inerrancy; a churchly, faithful, and Christian engagement with culture; and a vision of what evangelicalism could and should be, are all things that we need to hear, or hear again, today. The content of every chapter of this book instructed, challenged, and encouraged me personally, and prompted me to want the evangelicals of this generation to read and heed the lessons of the story that Greg Thornbury tells so well.”
Ligon Duncan, Chancellor, CEO, and John E. Richards Professor of Systematic and Historical Theology, Reformed Theological Seminary

“This is the best book on Carl F. H. Henry published to date. Greg Thornbury shows why Henry is too important to be forgotten. Closely argued and well researched, this book can lead the way to a Henrician revival—one that can strengthen the fibers of faith within the evangelical soul.”
Timothy George, Research Professor, Beeson Divinity School, Samford University

“Greg Thornbury clearly understands the theological genius of Carl Henry. This marvelously written volume brilliantly captures the essence of Henry’s massive writings for a new generation of students, thinkers, and leaders. Seeking to reclaim and recover Henry’s primary theological commitments, his vision for shaping evangelicalism, and his strategic and irenic approach to engaging both academy and culture, Thornbury superbly interprets and applies Henry’s writings in a persuasive and winsome manner. Those who have already learned much from Henry, those who have rejected or misunderstood Henry, and those who have yet to be introduced to the dean of twentieth-century evangelical theologians will benefit from this significant work. Recovering Classic Evangelicalism, simply stated, is an extraordinary contribution.”
David S. Dockery, Chancellor, Trinity Evangelical Divinity School

“Greg Thornbury is an exceptional emerging scholar, and his Recovering Classic Evangelicalism is an important, erudite work that should be read by anyone who longs for a return to a robust, vital evangelicalism. At a time when Protestant Christianity in the West is on the decline, and evangelicalism is ever more fractured, Thornbury has something important to say—imploring us to re-form an evangelicalism with sturdy foundations, a confident connection to our doctrinal heritage, and a winsome engagement with the broader world. With characteristic clarity and conviction, Thornbury suggests that evangelicalism need not reinvent the wheel in order to remain relevant; rather, it must reclaim the essentials of its Protestant heritage and immerse itself in the beautiful basics that once made it great.”
Barry H. Corey, President, Biola University