The Gospel and the Mind: Recovering and Shaping the Intellectual Life 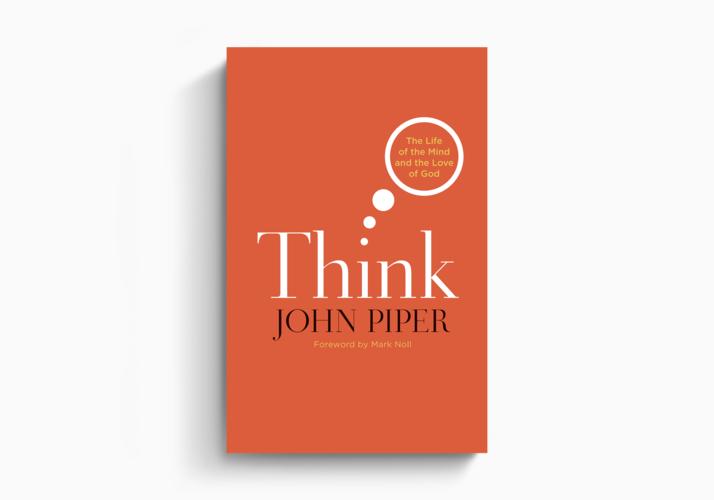 The Gospel and the Mind: Recovering and Shaping the Intellectual Life

History demonstrates that wherever the cross is planted, the academy follows. But history alone cannot demonstrate why this is—and must be—the case. Green engages theology and philosophy to prove that the Christian vision of God, mankind, and the world provides the necessary precondition for and enduring foundation of meaningful intellectual life.

The Gospel and the Mind, deeply rooted in Augustinian and Reformed thought, shows that core principles of the West’s Christian inheritance—such as creation and the importance of history, the centrality of a telos to all things, and the logos and the value of words—form the matrix of any promising and sustainable intellectual life.

More than a lament of the state of the evangelical mind or even an argument for the primacy of a Christian worldview, The Gospel and the Mind is a paradigm-shifting declaration that the life of the mind starts at the cross.

“In this perceptive, thoughtful and very readable book, Brad Green shows that historic Christian witness is always accompanied by an intellectual awakening. Where the Christ life is authentically present, it proves to be intrinsically fruitful for education because to be a Christian, essentially, is to think as well as act in a new way. Anti-intellectualism, by contrast, is a sign that full obedience to the Gospel is lacking. Green provides a very helpful perspective on what has become a central issue for the Church in our time.”
David Lyle Jeffrey, Distinguished Professor of Literature and the Humanities, Baylor University

“Green poses the question as to why is there so little written on the relationship between the cross and the life of the mind? His book is a riveting response to this lack. In an age when postmodernism seems to have reinforced the oft held notions that the human mind and knowledge are unimportant we need some guidance on the authentic Christian attitude to both. With a focus on creation and the cross, Green’s study looks at the relationship between biblical Christianity and the human intellectual endeavor. He argues with great clarity that the postmodern age is no longer interested in knowledge, and that only by a return to the Christian view of both past and future can the present have real meaning. This is a much needed and timely response to the contemporary Zeitgeist.”
Graeme Goldsworthy, Former Lecturer in Old Testament, Biblical Theology, and Hermeneutics, Moore Theological College

“Green’s The Gospel and the Mind gets to the heart of the fact that Christianity is in truth addressed to the human mind, both in its right ordering and in its critique of a disorder of mind. While keeping clear the distinction of faith and reason, Christianity has long sought their proper relationship. There is no belief against mind and no mind against belief. Green spells this tradition out in a welcome reflection on the coherence of Christianity.”
James V. Schall, Professor of Political Philosophy, Georgetown University

“The Enlightenment teaching that reason is a neutral universal act of thought free of tradition has been as decisively refuted as any philosophical theory can be. But the question remains of how to understand the embededness of reason in tradition. Green makes a convincing argument that Christianity contains just those foundational beliefs about reality that make the life of the mind possible. Christians who for two centuries have anxiously tried to conform their teachings to Enlightenment reason will discover—perhaps to their astonishment—that it is the gospel that makes reason in its fullest sense possible.”
Donald Livingston, Professor of Philosophy, Emory University

“Readers who take up and read Green’s The Gospel and the Mind will discover a patient, methodical, and exceedingly well-informed treatise on the intellectual life. But Green’s book succeeds where many books on the ‘Christian mind’ or ‘Christian worldview’ fail. Like Augustine, to whom he regularly returns, Green keeps his sights focused on the beginning and the end and the cross between—on the gospel of Christ and the Christ of the gospel, in whom alone is our hope for renewing the mind.”
Peter Leithart, President, Theopolis Institute; Contributing Editor, Touchstone Magazine

“Green has written a very accessible book on the intellectual life and its related responsibilities for Christians and the church. He has pursued his central aim by careful appeals to great thinkers in the history of the church: for example, Athanasius, Augustine, and Aquinas. Green not only grounds his theological work in both creation and the gospel, but also takes on the nihilistic assumptions regarding words and their meaning as espoused in deconstructionism. I gladly commend this work to anyone looking for a clear and thoughtful approach to the church’s responsibilities for shaping and preserving the great intellectual traditions so crucial to human flourishing.”
Robert B. Sloan Jr., President, Houston Baptist University

“This remarkable and ground-breaking book is an adventure to read. Green argues convincingly that there is a strong link between Christian faith and the intellectual life of human beings. Given the Christian theological vision of God, human beings, and the world, learning has both a foundation and an animating purpose. Apart from Christian views of creation, history, and redemption, learning is adrift and without ultimate purpose. I strongly recommend this book for all those who long for the recovery of a vibrant intellectual life in our time.”
Stephen Davis, Russell K. Pitzer Professor of Philosophy, Claremont McKenna College

“Green has given us a superb contribution to one of the most important discussions of the new millennium, that of the relation of the head to the heart. His affirmation of the significance of the past and his discussion of a much-neglected feature of the debate—purpose—are particularly worthy aspects of this wide-ranging book, and his thorough, though brief, analysis of language and the crucial role it plays in discovering meaning for our lives is one we all need to read. His conclusion is that, ultimately, only an intellect that understands and affirms God’s redemption of humanity in Christ will provide for us a way out of the despair of late modernity.”
Drew Trotter, Executive Director, Consortium of Christian Study Centers

“Green turns relentless scholarship and a forensic eye on a set of controversial questions: Does one’s mind matter when it comes to faith? and Is it possible not to be a Christian and still have a genuine intellectual life? Contrasting the pre-modern assumption of the beatific vision with nihilistic modernism, Green makes a compelling case for the necessity of Christianity, both for personal fulfillment and cultural progress. In the end, Green makes a compelling call for an evangelical re-examination of the need to shape minds in the context of Christ’s cross.”
Charles T. Evans, Executive Consultant, Paideia, Inc.; co-author, Wisdom and Eloquence: A Christian Paradigm for Classical Learning

“I found Brad Green’s Gospel and the Mind engaging and helpful. Not another abstract, mind-numbing discussion of ‘the Christian mind,’ his book is a patient guide for those wanting to deepen their faith. It is a well-reasoned reminder that the true salvation of not only our souls and bodies but also our minds begins at Calvary.”
James M. Kushiner, Executive Editor, Touchstone: A Journal of Mere Christianity