War, Peace, and Christianity: Questions and Answers from a Just-War Perspective 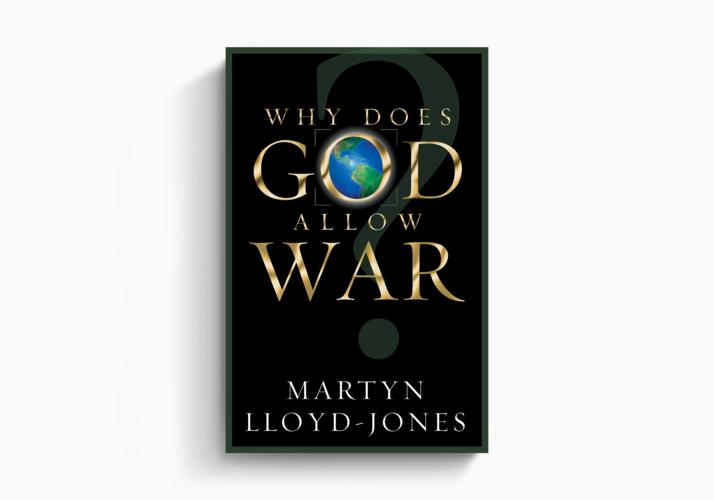 Why Does God Allow War?

War, Peace, and Christianity: Questions and Answers from a Just-War Perspective

With issues of war and peace at the forefront of current events, an informed Christian response is needed. This timely volume answers 104 questions from a just-war perspective, offering thoughtful yet succinct answers.

Ranging from the theoretical to the practical, the volume looks at how the just-war perspective relates to the philosopher, historian, statesman, theologian, combatant, and individual—with particular emphases on its historical development and application to contemporary geopolitical challenges. Forgoing ideological extremes, Charles and Demy give much attention to the biblical teaching on the subject as they provide moral guidance.

A valuable resource for considering the ethical issues relating to war, Christians will find this book's user-friendly format a helpful starting point for discussion.

“When two of the brightest minds around put their insights together on questions about war, peace, and Christianity, you get this remarkable book. Employing a question-and-answer format, the authors seek to prompt readers of all kinds—whether philosophers, historians, statesmen, theologians, combatants, or individuals—to consider carefully the complex issues before them and to foster further investigation. When might war be right and peace be wrong, or vice versa? No question, regardless of difficulty, is off-limits for Charles and Demy, whose own perspectives are generously rooted in the natural moral law inscribed on the human heart, in a Christian worldview revealed in Scripture, and in the classic just-war tradition, which eschews both militarism and pacifism. War is hell on earth and the stakes are extremely high. This book provides much-needed theoretical and practical wisdom on this sadly perennial issue. In our post–Cold War, terroristic, and morally ambivalent era, it couldn’t be more timely.”
David K. Naugle, Chair and Professor of Philosophy, Dallas Baptist University

“Charles and Demy have done a masterful job not only of posing the most important moral questions surrounding war but also of proposing trenchant and sophisticated answers to these questions firmly grounded in the natural-law tradition. As if that were not reason enough to purchase the book, the added benefit for theologians, church historians, ethicists, religious educators, and seminarians is that both authors, who write as evangelicals, find that the notion of natural law is resolutely affirmed in the work of the Protestant Reformers, who themselves were deeply concerned about issues of just governance, legitimate authority, civil society, and the common good, in addition to matters of faith, the church, and ecclesiastical culture. This book’s treatment of these issues and far more is itself an excellent example of the equity that the authors think is characteristic of the just-war tradition. I highly recommend this book.”
Stephen J. Grabill, Senior Research Scholar in Theology, Acton Institute for the Study of Religion

“As one who has written about just-war theory in the media during times of conflict, I find it refreshing to be able to recommend a book that explains that just war is not a theory that gives license to the use of violence, but one that attempts morally and responsibly to address the issue of the proper use of force. This book is well done and repays the time one gives to grapple with the difficult area of human conflict.”
Darrell L. Bock, Executive Director of Cultural Engagement, The Hendricks Center, Dallas Theological Seminary

“The new threats to international peace and security have cried out for moral clarity, for a fresh appraisal of the relevance of the Christian just-war tradition. In War, Peace, and Christianity, J. Daryl Charles and Timothy Demy have answered the call admirably. Unlike most of what passes for ‘biblical ethics,’ their careful analysis refuses to use the Bible as a proof text for political propaganda. With great intelligence and common sense, the authors have assembled the insights of natural law, historical experience, political realism, and biblical theology. Those who hope to impose utopian schemes for world peace will find no comfort here. But those who seek justice as part of the command to ‘love thy neighbor’ will find much wisdom to light the way.”
Joseph Loconte, Associate Professor of History, The King's College; author, God, Locke, and Liberty

“Far too much recent commentary emanating from the Christian community on matters of war and peace has been ad hoc, sentimental, and ill-informed, without any grounding in the church’s profound and nuanced tradition of moral and practical reflection on the subject. Charles and Demy have sought to address this problem, answering even the most knotty questions with lucid and learned essays that provide Christians of various backgrounds—philosophers, historians, statesmen, theologians, combatants, and ordinary individuals—with an inviting point of entry into that rich tradition. The result is a book to be grateful for, one that has the potential to improve the quality of our thinking on these essential matters.”
Wilfred M. McClay, G.T. and Libby Blankenship Chair in the History of Liberty, University of Oklahoma

“This is an important book. In an era when Christians are tempted to think that pacifism is the biblical and responsible position of a Jesus-follower, this volume makes a reasoned and erudite argument to the contrary. It makes available to readers a wealth of scholarship in a format that is inviting to the nonspecialist. I recommend this book for university courses in political science and ethics, to Sunday school classes on contemporary issues, and to thinking Christians considering one of our most urgent societal debates.”
Gerald R. McDermott, Former Anglican Chair of Divinity, Beeson Divinity School

“Charles and Demy have authored a book that carefully and clearly offers answers to some of the most important questions of our time concerning justice, war, and pacifism. Unlike some other Christian authors who approach these and similar questions, Charles and Demy maintain that justice, rather than the mere absence of conflict, should be the working principle that animates both citizen and soldier. In that sense, the authors hearken us back to the nonpacifist and non-‘realist,’ indeed Christian, roots of the just-war tradition.”
Francis J. Beckwith, Professor of Philosophy and Church-State Studies and Associate Director of the Graduate Program in Philosophy, Baylor University

“Warfare as I knew it in the 1980s and ’90s has changed forever. My son, an Army Infantry officer on his third deployment to Iraq/Afghanistan, is dead center in the middle of this country’s modern-day warfare—international terrorism. In light of the statement ‘there will always be evil men, and thus there will also be the need to restrain evil men,’ authors Charles and Demy tackle the tough questions: Are we justified in responding to and intervening in this global threat? What is our just-war theory toward rogue groups that target innocent people and our military? Does the United States of America have a moral obligation to militarily respond to global terrorism? Is all use of force just? What is the definition of classic just-war tradition and war against evil and injustice? This in-depth volume will answer these and many other pertinent questions that face our country today.”
Robert J. Keneally, Lieutenant Colonel (Retired), United States Air Force