Ronald Reagan, A Man of Kindness 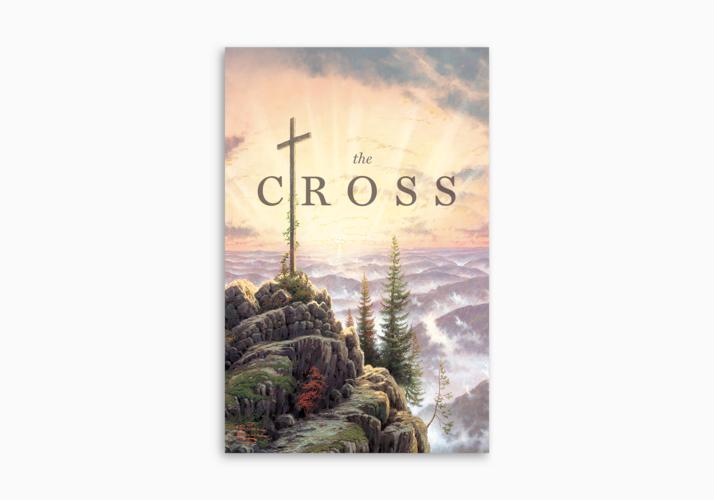 Ronald Reagan, A Man of Kindness

A tribute to Ronald Reagan, a man of kindness who served a God of kindness. Though we can emulate Reagan's virtues, we must choose faith in Christ to have eternal life.

I have thought about it many times, and now it seems appropriate to share this extraordinary incident. In 1980 I was sitting in my office in Charlotte, NC, when I received a call from the organizers of a political rally for Ronald Reagan, at that time running for the presidency of the United States. The gathering was to be held in one of the hangars at the Douglas International Airport in Charlotte. The person on the phone explained that a band was needed to play for the Reagan visit.

One of my duties was to direct the band of a private academy. The caller asked if our band, comprised of junior and senior high school students, would be able to play for the occasion, and I stated that we would be happy to do so.

Our instruments filled the hangar with sound as we played our music for the enthusiastic crowd that had gathered in anticipation of the arrival of Mr. Reagan.

As soon as he was spotted leaving the mammoth jet that had brought him to Charlotte, our band began to play as we had never played before—selections such as “Washington Post March” and “Stars and Stripes Forever.” We continued to play as Reagan’s entourage made its way into the hangar, walking toward the platform built especially for the occasion.

Then something very unusual happened. Mr. Reagan abruptly left the group of media persons and dignitaries accompanying him—which included one very famous United States senator—and instead of going to the platform as planned, walked directly toward our band and stood beside me, facing the musicians. He remained there until we finished playing. It was as though he thought, This is right where I want to be at this moment. He then smiled and in his kindness waved to the teenage band members and thanked them for playing for him. At that point he turned and resumed his campaign for the presidency.

How pleased we were with the kindness of this gentle, “giant” of a man, who paused in his quest to become not only the President of the United States, but the leader of the world, just long enough to say, “Thank you” to a group of teens who had done their best to honor him. This simple gesture of human kindness and gratitude taught us a valuable lesson and gave us a happy memory that we will carry throughout our lives.

Others have seen and experienced this godly trait in Mr. Reagan. Mayor Rudy Giuliani, who worked briefly with President Reagan, said, “He was an extraordinarily kind man. I personally saw his kindness.”

Peggy Noonan, one of Reagan’s speech writers, related that a few days after he was shot, his aides found him on his hands and knees in the bathroom of his hospital room, mopping up water he’d spilled while at the sink. He told them that he didn’t want to make a mess for the nurse and wanted to clean it up before she came back. He asked them if they could get him some more towels.

How did President Reagan become so kind? Well, first of all he became a follower of the Author of human kindness, Jesus Christ, who said, “...supplement your faith with . . . brotherly affection, and brotherly affection with love” (2 Peter 1:5, 7), and, “Be kind to one another” (Ephesians 4:32). It is reported that Reagan accepted Christ as his personal Savior while still in his teens. Then during his presidency he gave witness of his faith in Christ. On one notable day in 1981, shortly after the assassination attempt that nearly took his life, when asked if he were ready to meet God, Reagan replied, “Yes, I’m ready to meet God because I have a Savior!”

Shortly after his father’s death, Michael Reagan said, “I am secure in the knowledge that he is with his Lord and Savior, Jesus Christ in heaven. The greatest gift my father ever gave me was the simple knowledge that I would see him in heaven one day.”

We can emulate Reagan’s kindness, but not his faith in Christ. Yielding our lives to Christ must be of our own choosing. And RIGHT NOW is the best time to do that. Here’s how:

Pray this simple prayer, and God will save you this moment:

Dear Lord, I am a sinner, and I want to be Your child. Thank You for paying my sin debt on the cross. I turn my life over to you completely. Save me right now. Help me to live for You the rest of my life. Amen.